Accessibility links
Penn State Fraternity Death Brings New Attention To Hazing One year after a Penn State sophomore died from injuries he suffered during a fraternity hazing, the university has put strict new rules in place. 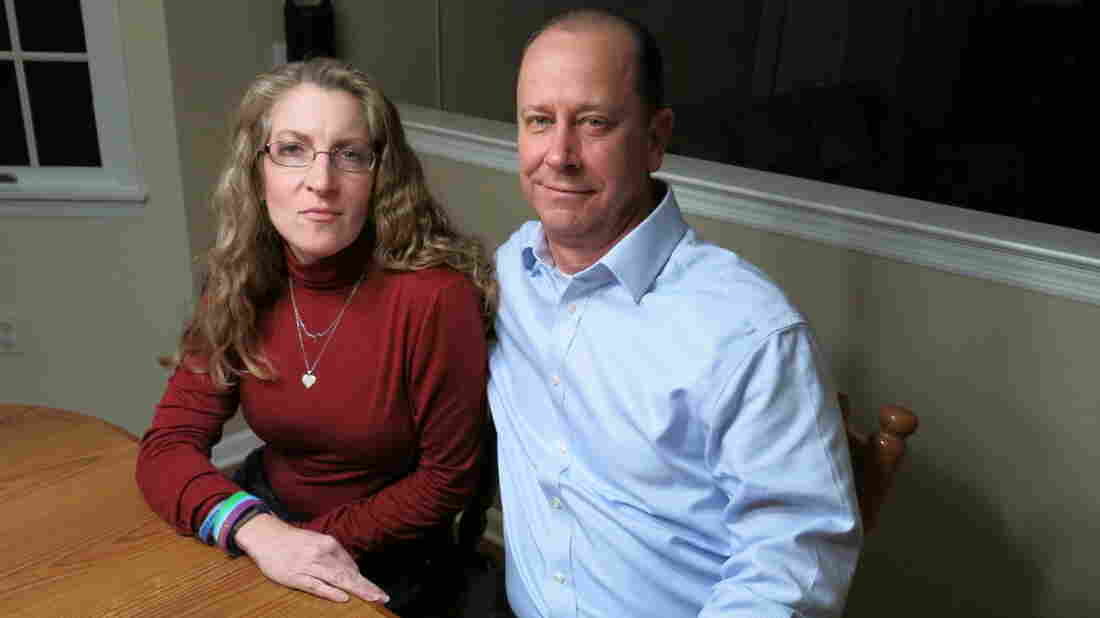 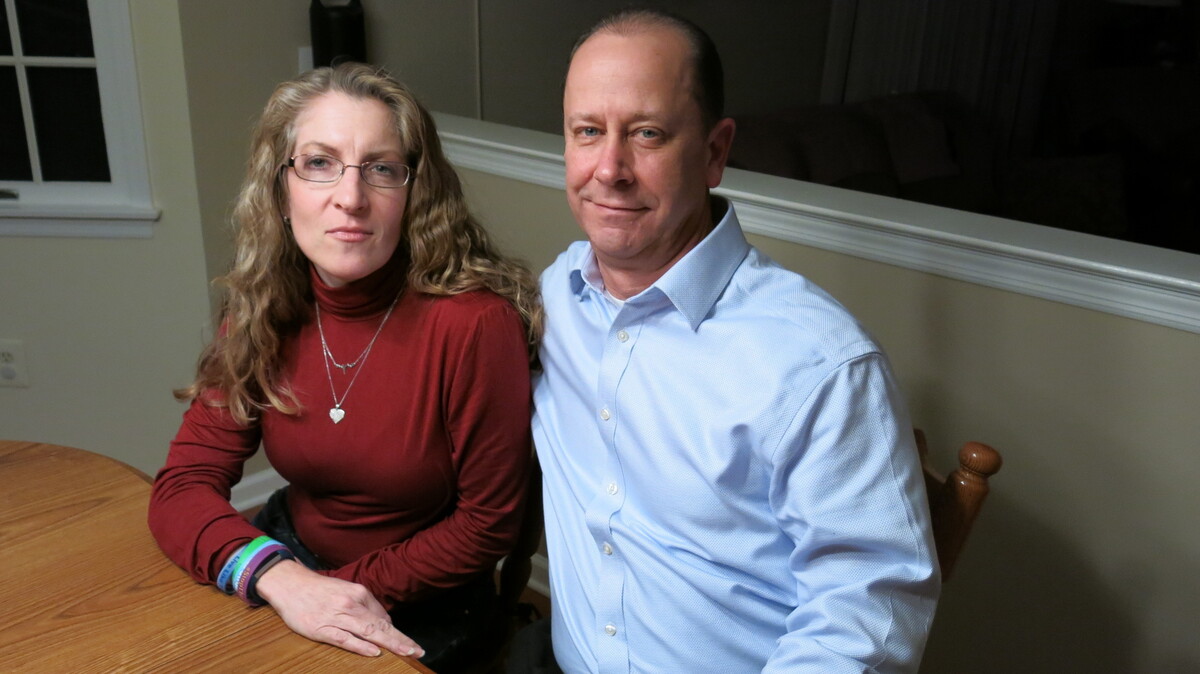 Evelyn and Jim Piazza's son Timothy died on Feb. 4, 2017 because of injuries he suffered during fraternity hazing rituals at Penn State.

Evelyn Piazza wears a heart-shaped pendant around her neck. It has her son Timothy's thumb print on it. When she runs her finger across it she says it's like holding his hand.

Piazza's son was a sophomore at Penn State last year, when he died from injuries suffered after fraternity hazing rituals. Now she dreads the days leading up to the first anniversary of Timothy's death on Sunday.

"You don't send your child off to school thinking they could come home in a casket," Jim Piazza says.

In an open letter the Piazzas offer advice to other parents in their new roles as anti-hazing activists. Later this month they plan to meet with other families who've lost children because of hazing.

"One of the things we'd like to do is look at legislation across the country and see if we can influence legislation in states that may not have significant or any hazing laws whatsoever," Jim says. Working collectively, he says the families hope they can bring even more attention to the country's hazing problem.

Much of what happened to 19-year-old Timothy at the Penn State Chapter of Beta Theta Pi fraternity was caught on surveillance cameras.

Prosecutors say pledges were run through something called "the gauntlet." They drank large amounts of alcohol very quickly. As NPR previously reported, Piazza was given 18 drinks in 82 minutes.

At around 11 p.m. Timothy fell head-first down a flight of stairs. He was moved to a couch where he stayed for a few hours. Then prosecutors say he stumbled around the house before again falling down the same stairs. His new fraternity brothers didn't call for help until about 12 hours after the first fall.

Some of the fraternity brothers were charged with crimes — ranging from involuntary manslaughter to aggravated assault and hazing. But a new Centre County district attorney was sworn in late last year and he has forwarded the case to Pennsylvania Attorney General Josh Shapiro because of an unspecified conflict. Shapiro's office says the case is still under review.

The Piazza case has brought new attention to the hazing issue.

Elizabeth Allan, professor of higher education at the University of Maine, studies how prevalent hazing is and how to prevent it. She defines hazing as, "Any activity expected of someone joining or participating in a group that humiliates, degrades, abuses, or endangers them regardless of a person's willingness to participate."

Allan surveyed college students and found many of them don't even know that they have experienced hazing.

"When we asked students what they had experienced in order to become a member of their club, team or organization, 55 percent reported behaviors that would meet the definition of hazing," Allan says. But only about 1-in-10 of those students said they had been hazed. 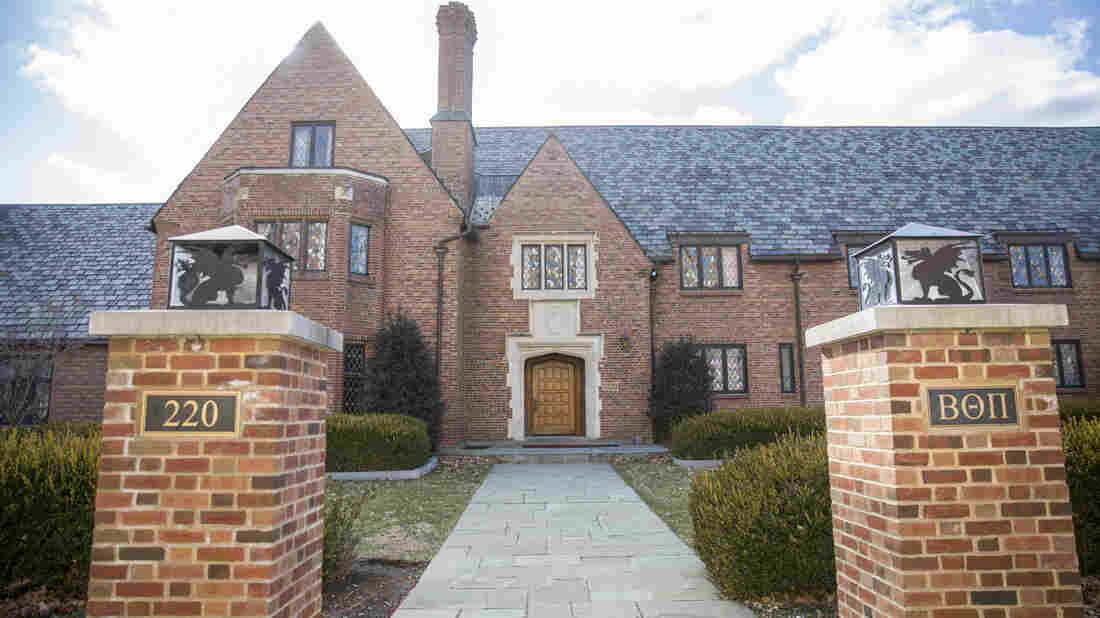 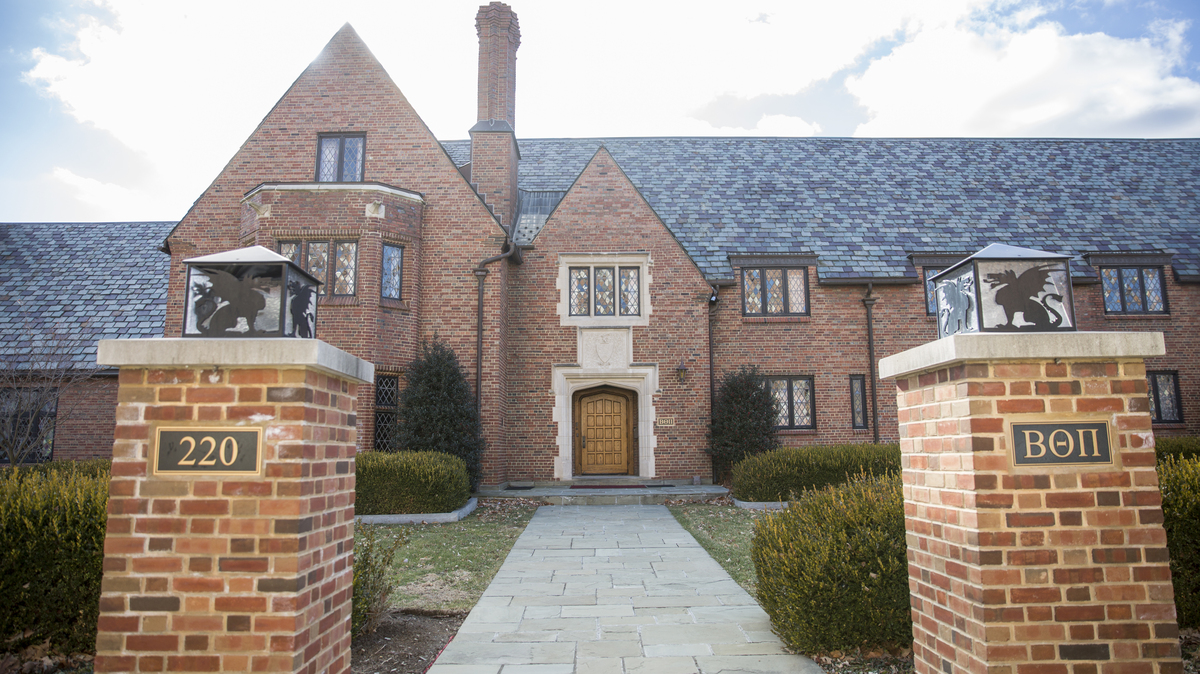 The Beta Theta Pi fraternity was banned by Penn State after the hazing-related death of Timothy Piazza.

Allan says it's important for colleges to talk openly about hazing and its consequences. She says campaigns should include more than just the fraternities and sports teams where a lot of hazing happens. The goal is to have everyone in the community — including family, friends, faculty and staff — aware of the issue and willing to report problems.

After Piazza's death Penn State responded with new measures, including stricter rules on alcohol use in fraternity houses. The university also took over enforcement of those rules from student-led groups and hired monitors who show up at frat houses unannounced to check for violations.

"Although we were communicating and being transparent that we'll be out there and we will be monitoring — we will respond to incidents as they are reported to us — chapters still chose to make some pretty poor decisions," says Danny Shaha, Penn State's vice president for Student Affairs.

Sanctions include losing recognition by the university indefinitely — that's what happened to Beta Theta Pi. Other chapters have been suspended for various periods of time. Penn State says there are 92 fraternities and sororities at the school. The university has suspended eight of them and student-led groups suspended nine.

"Rush" is under way — that's the series of events pledges go through to join Greek organizations. The student-run Interfraternity Council mandated a "dry" rush period this semester — no alcohol and no parties. So far, Shaha says there have been no significant problems.

Responding to criticism that the university is being too strict with students who — technically — are adults Shaha says, "We're going to push the limits of what we believe we can do because we think it's important and we know that we need to because our primary focus is to insure that our students are as safe as possible."

At the main gathering place for students on campus members of fraternities and sororities told NPR they were asked by their chapters to not talk with reporters. But even those not involved in Greek life say they've noticed a difference. Sophomore Elizabeth McFadden says, "I was at a lot of parties last year where houses were just absolutely packed. But this year people like to say Greek life is dead. The parties are a lot smaller and people aren't really throwing as many parties."

Penn State officials plan to share what they've learned so far with other colleges. A conference about hazing prevention is scheduled for April just outside Chicago.