Accessibility links
Nunes Memo: What's In It And What's Not Publication of the memo followed a bruising fight in Washington and deepened a nasty public dispute between the White House and its own FBI and Justice Department. 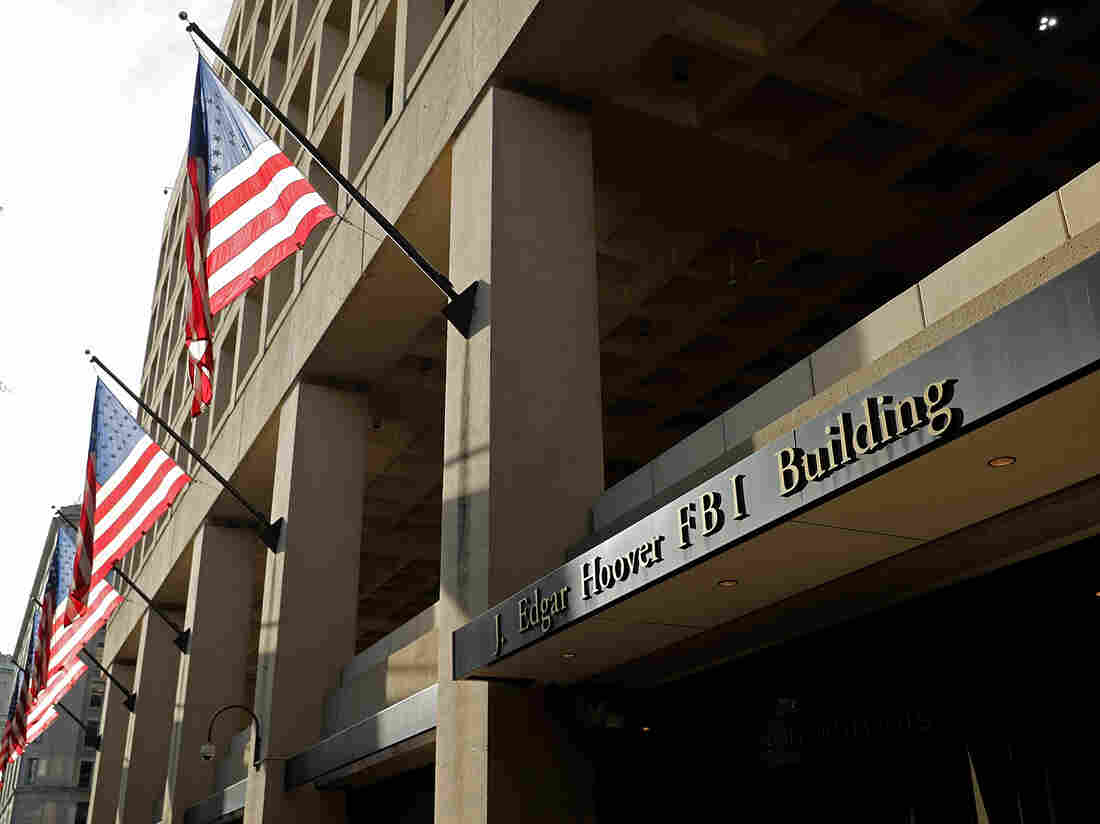 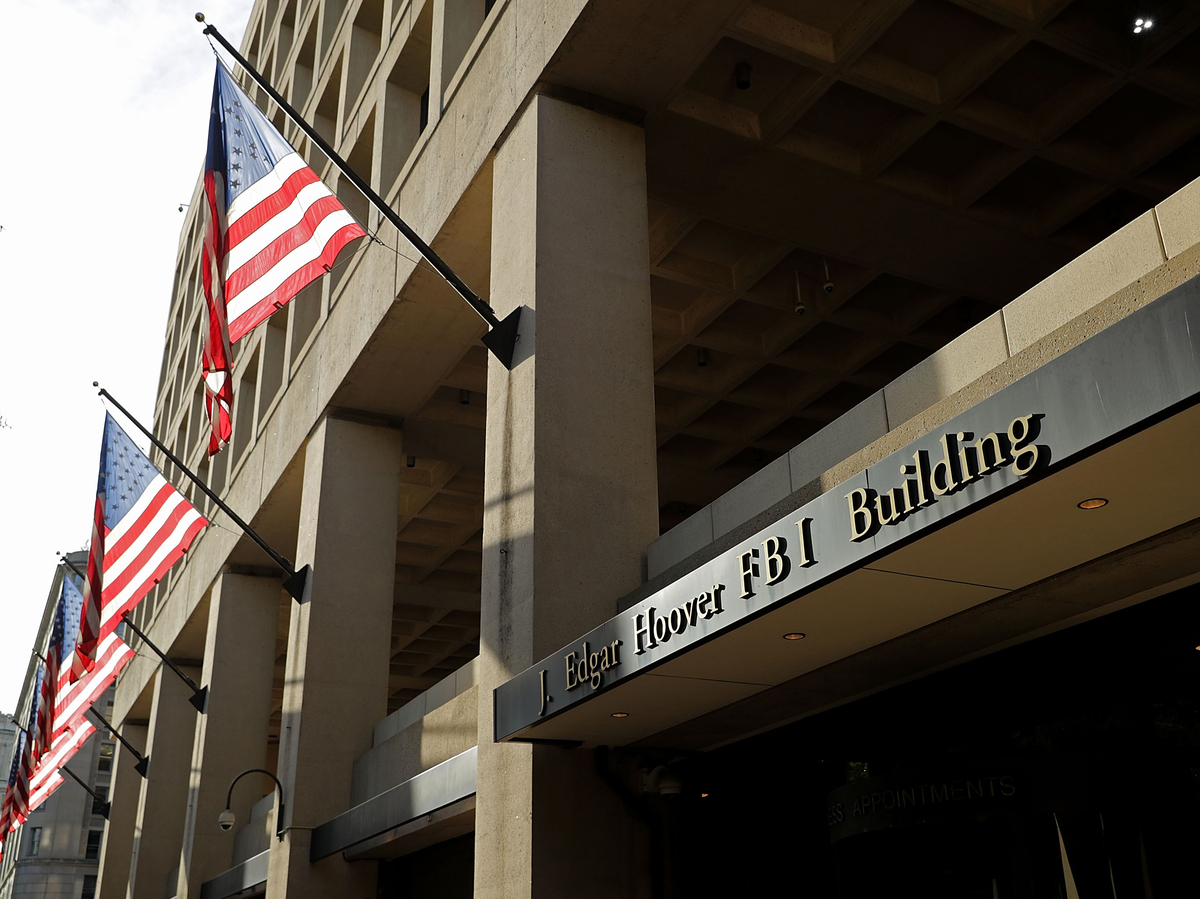 Former Trump campaign adviser George Papadopoulos, not the unverified Russia dossier, triggered the FBI's investigation, according to a secret memo released on Friday.

After days of buildup amid a political firestorm, House Republicans released a controversial memo on Friday that alleges the FBI abused its surveillance authority to target a former foreign policy adviser to the Trump campaign.

The memo also has shed more light on the broader Russia case and confirmed or advanced other aspects of the story beyond the GOP's campaign against the FBI and Department of Justice.

The publication of the memo followed a bruising fight in Washington, deepened a nasty public dispute between the White House and its own FBI and Justice Department, and even sparked rumors of potential firings — or resignations — among senior law enforcement officials.

In the document, House Intelligence Committee Chairman Devin Nunes, R-Calif., and his staff detail findings that they say "raise concerns with the legitimacy and legality of certain [Justice Department] and FBI interactions with the Foreign Intelligence Surveillance Court."

Those findings, the memo says, "represent a troubling breakdown of legal processes established to protect the American people from abuses related to the FISA process."

Steele was commissioned by the political research firm Fusion GPS, which was hired by the Democratic National Committee and Hillary Clinton's campaign.

The memo says the FBI did not inform the court that the DNC and Clinton campaign were paying for the dossier. It also alleges that Steele bore deep animosity toward Donald Trump, didn't want him to be elected and was leaking information to the media that was then used to support the surveillance application before the court.

All of those points buttress allegations Republican lawmakers have made for months that the surveillance of Page — and the Russia investigation more broadly — is founded on the dossier, which is at its roots a Democratic political document.

"It nicely sits together to support a narrative that obviously is very consistent with what politics wants it to be consistent with, at least the Republican version," said Stephanie Douglas, a former senior FBI official who oversaw counterintelligence investigations.

"The greater question, first of all, is what's not in there?" she asked.

What's included — and what isn't

For one thing, the memo does not detail what other evidence, if any, the FBI and DOJ used to ask to authorize and sustain surveillance of Page. It also does not make clear that the FISA court only reauthorizes warrants in cases that are yielding intelligence.

In other words, the FBI and the Justice Department were able to get judges to permit continued surveillance because the agencies were able to show that the warrants were producing something.

"You have to provide results to the court that are pertinent to intelligence-related collection to keep the surveillance in a constantly renewed status," said Douglas, who is now with Guidepost Solutions. "You have to have active, ongoing intelligence gathering to keep it up."

The memo undercuts another aspect of the narrative that some Republicans have pushed — that the Steele dossier was the sole foundation of the FBI's Trump campaign-Russia probe.

But the memo says that was not the case.

Instead, it says, overtures by Russian operatives to a junior campaign adviser are what sparked the FBI's counterintelligence investigation.

George Papadopoulos — who has pleaded guilty to lying to the FBI about those contacts — "triggered" the opening of the investigation, the memo says.

Court documents have described offers that Papadopoulos received of "dirt" on Hillary Clinton and "off the record" meetings involving him and other campaign aides and Russian leaders.

Papadopoulos told an Australian diplomat about these offers on a drunken night out in London, according to The New York Times. The Australian then reported what he had heard through official channels to the United States, and the FBI began to investigate.

The story has been told before, but the Nunes memo confirms for the first time that the Russia probe began with Papadopoulos and not with other evidence, including the unverified Steele dossier. The dossier was used later as part of an application for a warrant to conduct surveillance on another Trump campaign adviser, Carter Page, according to the document.

The memo and the political winds swirling around it have pitted parts of the Trump administration against itself in a bizarre — and very public — fight. The FBI and Justice Department, which are both led by appointees of President Trump, have clashed with the White House over its release, warning of factual inaccuracies and potential harm to national security.

But the president and his Republican allies, particularly Nunes, brushed those concerns aside and opted to release the document anyway.

Republicans say the alleged abuses documented in the memo are serious enough that the American public must know.

The White House may have other motivations: The president has told friends that he believes the memo will help undermine special counsel Robert Mueller's investigation into possible coordination between the Trump campaign and Russia, sources close to the president have told NPR.

And the memo certainly dovetails with what has been a running campaign by the president and his supporters against the FBI and Mueller's team, alleging that they are politically biased and chock-full of Hillary Clinton supporters.

On Friday morning before the memo's release, Trump took aim at the bureau again.

"The top Leadership and Investigators of the FBI and the Justice Department have politicized the sacred investigative process in favor of Democrats and against Republicans – something which would have been unthinkable just a short time ago," he wrote on Twitter. "Rank & File are great people!"

Speaking later to reporters at the White House, the president said what is in the memo is "a disgrace" and "a lot of people should be ashamed."

The president's relentless criticism has put Trump's hand-picked FBI director, Christopher Wray, under enormous pressure. Wray has defended the institution and its 35,000 employees, and so far, there is no indication that he is inclined to resign.

The FBI Agents Association put out a statement Thursday backing Wray, saying it stands "shoulder to shoulder" with the director.

Still, there are concerns among current and former FBI officials that the avalanche of political criticism from the right could undermine the bureau's credibility with Americans and inflict lasting damage to its public trust.

Wray appeared to address that concern in a video sent internally to FBI employees on Friday.

"I wish the American people could see what I see. But what they do see is the work you do around the country and around the world and that reminds me of something I want you to remember in the days and weeks and months ahead: In the end, actions speak louder than words," Wray says in the video, according to an individual who has viewed it.

The president has also thrown invective at the Justice Department. Much of his ire has been directed at Deputy Attorney General Rod Rosenstein, who is overseeing the Russia investigation since Attorney General Jeff Sessions recused himself.

The Nunes memo describes how Rosenstein is among the FBI or Justice Department officials who signed applications to continue surveillance on Page.

Asked Friday whether he still has confidence in Rosenstein, Trump told reporters: "You figure that one out."

The memo's release brings to a close weeks of speculation over what exactly it says. The broad contours of its allegations have been known, but the specifics had been shrouded in secrecy.

Democrats want their rebuttal out

Democrats called the memo a set of misleading Republican talking points that cherry-picks information from classified material provided by the FBI and Justice Department.

Instead, the committee agreed to allow the full House to view the Democratic document and promised to hold a new vote on it at a later date. Democrats complain that not releasing the memos at the same time allows the Republicans to set the narrative for a week or more before the public will see the Democratic rebuttal.

As the political battle over the Nunes memo reached its peak, House Speaker Paul Ryan, R-Wis., dismissed allegations that it was a political hit job and said it was just Congress doing its job.

"If there are certain individuals who did the wrong thing, who either brought bias or cut corners or did something wrong that implicates an American's civil liberties, it is our job as congressional overseers to bring people to account so it doesn't happen again."