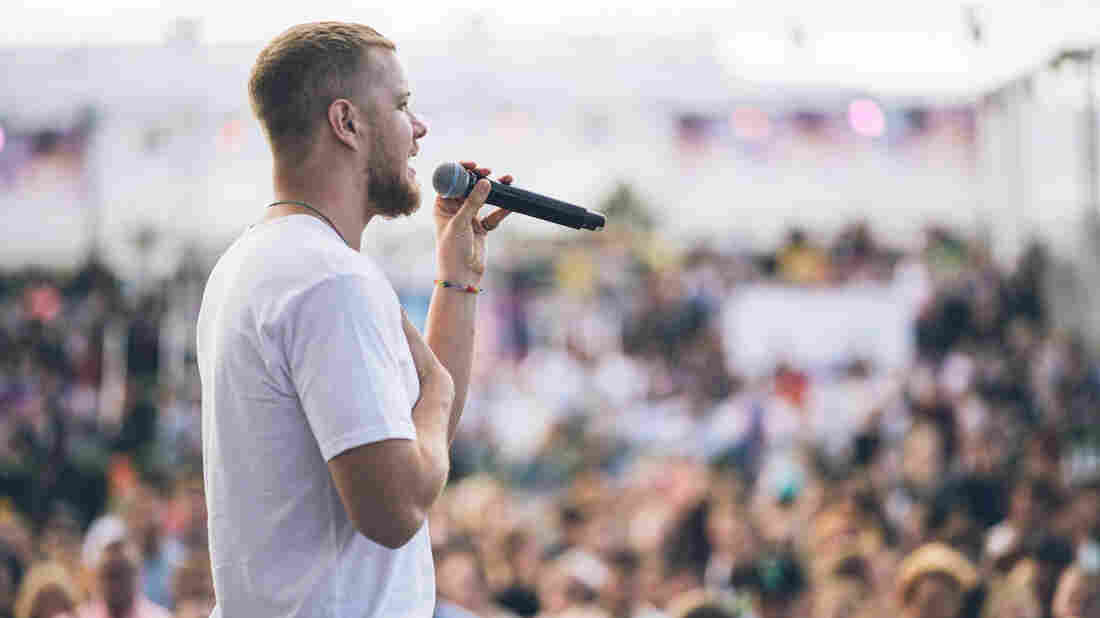 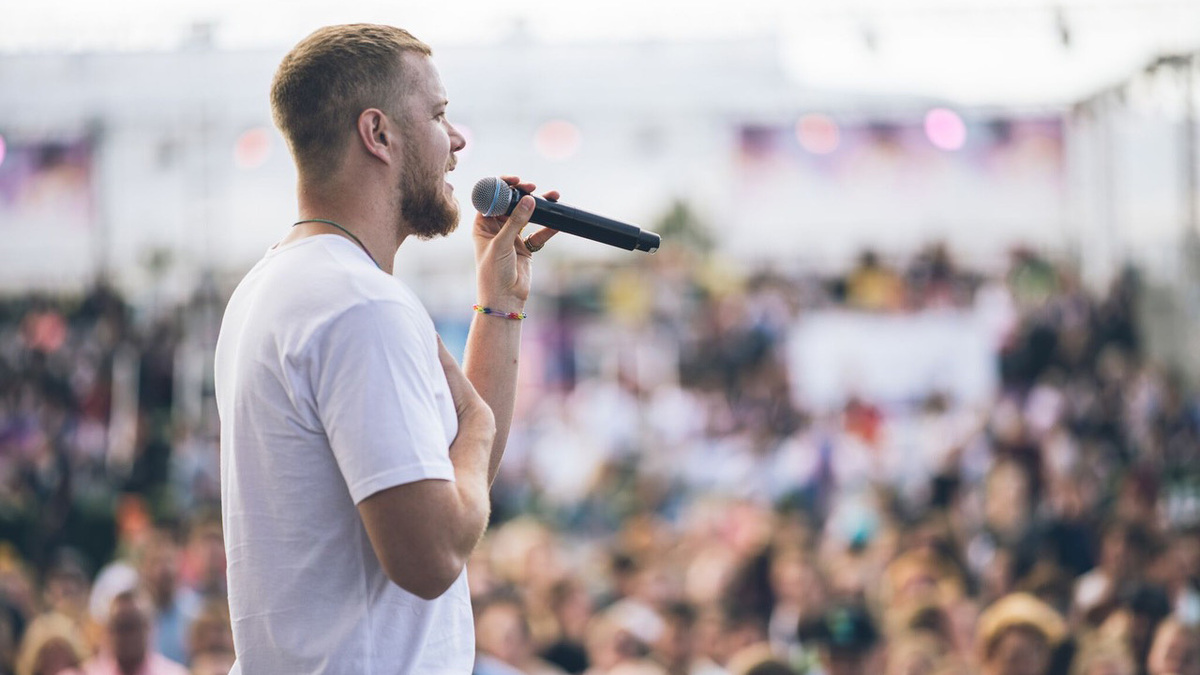 Dan Reynolds is known to millions of fans around the world as the lead singer of the popular band, Imagine Dragons, because of hits like "Radioactive," "Thunder," and last year's chart topper, "Believer."

The spiritual questions at the core of "Believer" are unmistakable, but also deeply personal. Now, though, Reynolds has taken those questions to new, more public terrain — the treatment of LGBTQ members of the church of Reynold's upbringing, the Church of Jesus Christ of Latter-day Saints, the Mormon Church.

Reynolds wrestles with the church's stance on same-sex relationships in a new documentary, also called Believer. It recently premiered at the Sundance Film Festival, which wrapped up last weekend in Park City, Utah. The documentary follows Reynolds' journey, from Mormon missionary to international rock star to LGBTQ advocate.

Imagine Dragons On Catching Up To Rock Stardom

Reynolds spoke with NPR's Michel Martin about growing up Mormon, how his view of the church has evolved and why he decided to become an advocate for Mormon LGBTQ youth.

When I was 18, I applied to go to BYU like my six brothers ahead of me — I have eight boys and one girl in my family. All of them went on Mormon missions, all of them went to BYU, and I was the first one in my family who was really on the brink of not getting into BYU. My grades weren't quite as good as my brothers' so I did a lot of after school and I got in by the skin of my teeth.

Then, one week before I was supposed to go, I met with a bishop and told him I had sex with my girlfriend of four years, and got kicked out of BYU — and that was a trigger point in my life. It was the first time that I kind of spiraled into depression. I was told that I had to stay home and all my friends went off to college and my roommate had to find someone else and I felt like a whole community was judging me.

I also felt like God saw me as this dirty kid who was sinful. And I think that was the first time that I started to think, you know, something's not right about this — telling a child that something that is innate, that is natural, that is beautiful, is sinful. And that was really destructive to me, and it's taken me years to see that and a lot of therapy and that's a small level of what LGBT Mormons go through — which is feeling guilt or shame about something that is innate, that should be celebrated, that is their sexuality, that is unchangeable.

Now that I've done the research and seen the suicide rate in Utah being the number one reason of death among teenagers, and LGBT youth are eight times more likely to take their lives if they're not accepted in their home or community, it's kind of been bubbling up for a long time for me.

On putting together the LoveLoud concert to support the LGBTQ community

You know, I think the first knee jerk reaction that I hear from most people that are not raised within religion or got out of religion, they say, 'Well, if it's such a dangerous place, leave religion. Leave Mormonism.' Or, 'Just tell these kids leave Mormonism.' But it's not that simple because you're actually putting kids in a more dangerous position, a lot of times. If you just tell them, 'Hey, leave Mormonism' that could be leaving their home — getting kicked out of their home and putting them in, you know, a place of even higher chance of suicide, depression, anxiety and so, it's not that simple.

The question is how do we provide a safer place for them within the walls of religion until they get to a point where they can make a decision that's safe for them; you know, to either stay within their religious upbringing or leave. And so that's what LoveLoud Festival is about, is bridging the gap between religious communities — specifically Mormonism — and the LGBTQ community. But also, we wanted to do it right in Utah, right next to the church, right next to BYU, which is where I got kicked out of college, so that the church has to see this.

On the backlash he's received after the film

You know, I had this conversation with my wife before we really stepped into this journey and we both kind of got to this point where we said, you know what, enough is enough and we have to follow our truth and follow our heart. You know, I've spent a lifetime trying not to offend people — that's one thing that Mormons are really good at is smiling and shaking your hand and doing everything they can to not offend you. And I have gotten to this point in life where I don't want to live that way anymore.

On his family's reaction

That's been the hard part. If I were to be honest with you, the comments, all those things, I can let those things go. I've been in a band for years now that some people love and some people love to hate, I'm used to letting those things slide. But my family — that's hard. And my whole family is super Orthodox Mormon. And so none of them are particularly happy with me going down this road.

I sat down with my family member, who I'm not going to name, but they, you know, they said to me, "What if you get to Heaven and God says, 'Look at all these people you led astray and you made it sound like it was OK to be gay, and that's sinful.' " And so we obviously have pretty big ideological differences and theological differences at this point but, you know, my mom and dad came to the premiere and that meant a lot to me.

It's been a strange journey and I kind of try to put the family stuff out of sight and mind. Family is everything to me, and so having kind of a strained relationship with my family in this way is definitely the hardest part.