Accessibility links
Why I Don't Say 'First Lady' NPR's Scott Simon reflects on the role of "first ladies" and whether we should call them that at all. 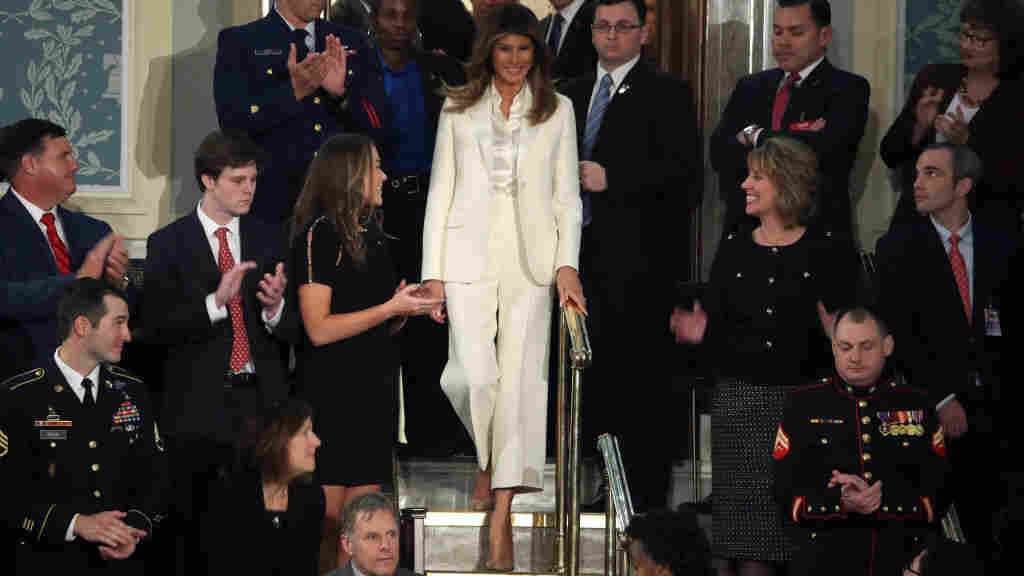 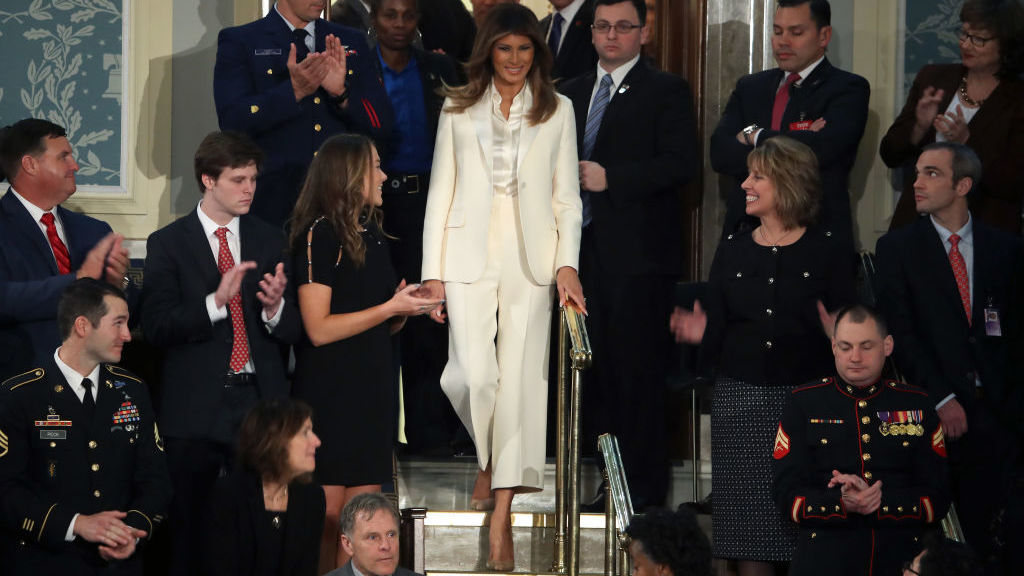 First lady Melania Trump arrives for the State of the Union address on Tuesday.

"The one thing I do not want to be called is first lady," Jacqueline Kennedy once said. "It sounds like a saddle horse."

You may not have noticed I try to avoid saying "first lady" on the air. But Hillary Clinton noticed when we interviewed her at the White House years ago and told me she thought I was being fussy.

"I don't use it much personally," she told us in 1996, "but I don't object to people using it because it is a tradition that we think started with Martha Washington."

But I still try to avoid the phrase "first lady" because it's not the title of any real constitutional office and embodies an antique view that the spouse of a president is some kind of public official.

So I don't know why Melania Trump wore what she did to the State of the Union address, why she traveled with guests in a separate car or whether she has deliberately avoided public appearances with the president since the middle of January. I'm in the news business, but I don't consider that any of my business.

I do cherish memories of strong, independent women who were married to presidents and made their own vivid memories:

Eleanor Roosevelt, wearing a hard hat to go 2 miles down into an Ohio coal mine to hear from miners, eminent gentlemen who were crusted with soot, about their wages and working conditions.

Jacqueline Kennedy as she strode ahead of world leaders, from Charles de Gaulle to Haile Selassie, to walk in her husband's funeral procession and give America's grief a graceful face.

Betty Ford, who had been a young dance student with Martha Graham, joining young Chinese dancers in a series of moves that spoke a common language.

And Barbara Bush, who knew she was not the first choice of Wellesley students to be their 1990 commencement speaker, winning them over when she said, "You will never regret not having passed one more test, not winning one more verdict or not closing one more deal. You will regret time not spent with a husband, a child, a friend or a parent."

They were determined women who knew they were in a public spotlight and decided to try to bring that light to other people and interests. But it should also be possible, especially in these times of supercharged celebrity, for the spouse of a president just to be left alone, out of that spotlight, free from second-guessing and occasional mockery.

As Barbara Bush told the Wellesley Class of 1990, "Somewhere out in this audience may even be someone who will one day follow in my footsteps, and preside over the White House as the president's spouse. And I wish him well!"