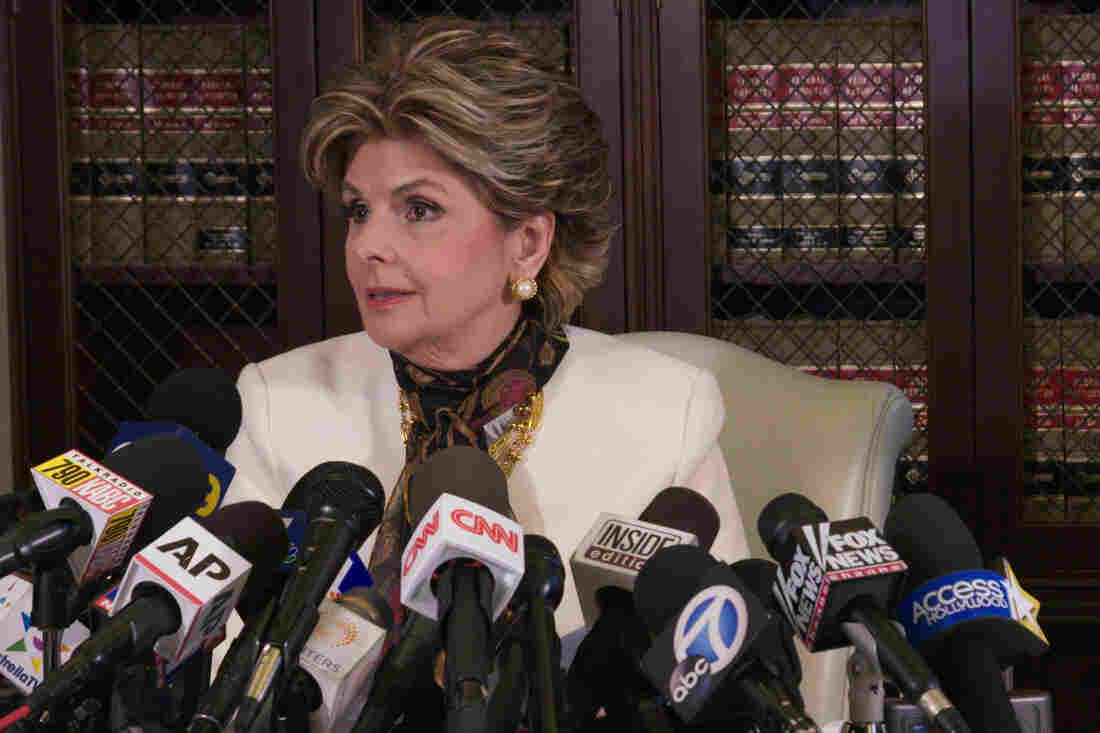 Gloria Allred is seen in Netflix's Seeing Allred. In the documentary, out this week, Allred shares how she became a champion for women's rights. Netflix hide caption 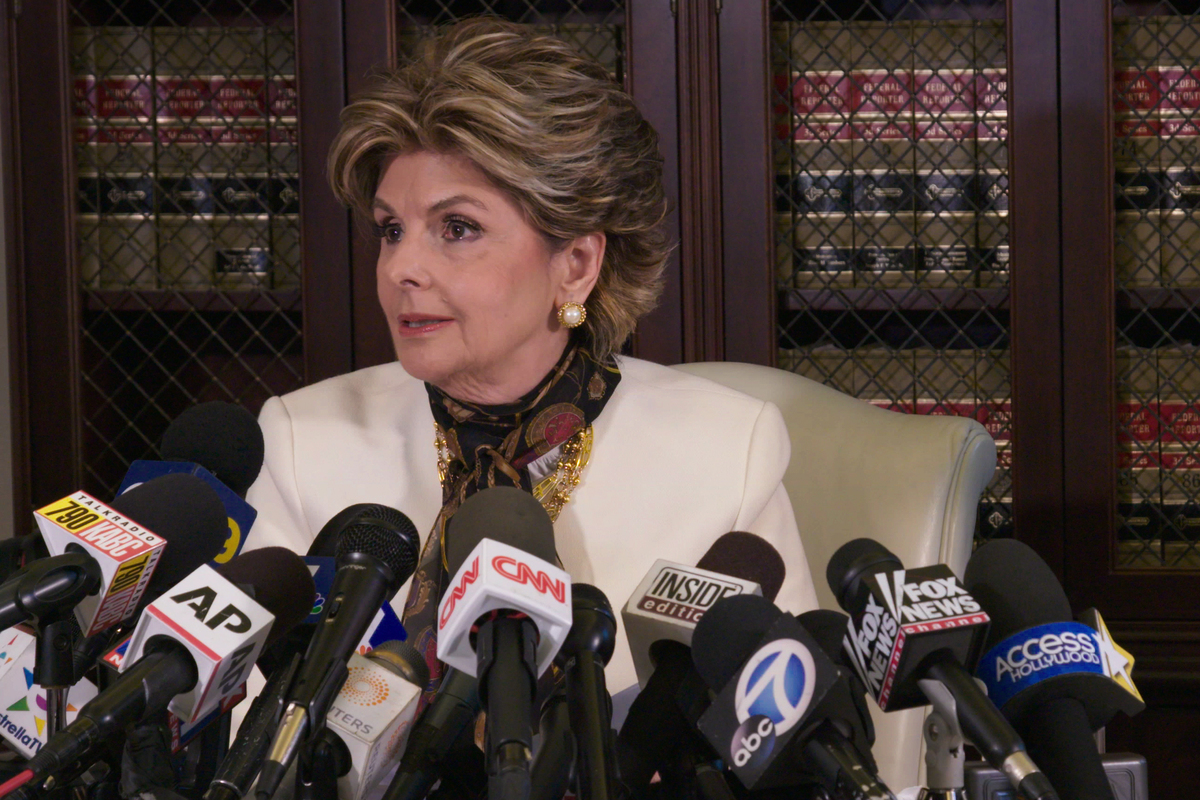 Gloria Allred is seen in Netflix's Seeing Allred. In the documentary, out this week, Allred shares how she became a champion for women's rights.

If you've been following any of the news stories in recent years about famous men behaving horribly, then you've surely seen Gloria Allred. And while stories about sexual misconduct have been making headlines for many months now, Allred has been talking about those issues, filing lawsuits and holding press conferences for four decades.

Her work has summoned the media — even when there is little legal recourse — to allow her clients to publicize their complaints about alleged mistreatment by the likes of Bill Cosby, Tiger Woods and, yes, Donald Trump. That take-no-prisoners attitude toward her targets, combined with a motherly approach toward her clients, has made Allred a hero to many — and something else entirely to others.

Because of her constant presence in the news, you might be tempted to think we know her story, too. But a new documentary out on Netflix this week suggests we really don't. In Seeing Allred, the civil rights attorney tells her story in her own words. It recently premiered at the Sundance Film Festival in Park City, Utah.

Allred spoke with NPR's Michel Martin about sharing her own experiences, her decision to make the documentary and why she does what she does.

On why she agreed to do the film

Ultimately, I did talk about why I do what I do — it's because of my own life experience, which is really very similar to what many, many women have suffered. Because I didn't learn about injustices against women in law school or in college, we didn't speak about that. It's because I have a passion for justice and because of what I have suffered that I feel that I can't undo what has happened to me, but I can use that to help others for them to have rights that I didn't feel that I had.

On how she confronted her opponents early on

I used to go on these shows in the '70s and '80s because, you know, the mainstream shows were, for many of them, they were not interested in talking about women's rights. They were more interested in talking about what are the good recipes for women to be making in the kitchen and, you know, what a woman should be wearing when her husband comes home from work at night.

But then there were male-oriented shows that decided that they wanted me to take them on or they wanted to take me on. Men would be hooting at me, but it was a way to be able to speak about women's rights. It was a way for women to say, "Wait a minute. We can speak out. We can confront the sexism, the racism, the misogyny, the homophobia — we can confront all that. We don't have to be afraid." So I would take any venue. Because remember, this was before the Internet, this was before cell phones, and I wanted them to see someone who was not afraid. So that they could then say "You know what? I'm going to not let fear be a weapon that's going to keep me down in my life. I'm going to stand up and say this is wrong."

What's Next For Bill Cosby After Mistrial

What's Next For Bill Cosby After Mistrial

On publicizing the stories of Bill Cosby's accusers, even if they have no legal recourse

Well, I don't put people in the public eye, my clients decide they would like to have a voice, they would like to be heard. And I'm there to support them. But you're right — many of the accusers have no legal recourse because the statute of limitations, which is the arbitrary time period set by law, had expired. But they wanted their voices to be heard, so I started doing press conferences with them. And we did this for, I don't know, a year or two years, something like that, and reporters kept saying, "What's the end game? What's the end game?"

And I didn't say, because whatever the end game is it's important that these women were empowered and wanted to be heard. Ultimately, of course, he was prosecuted. The criminal trial ended in a deadlock. Now he is going to face a second criminal trial in April. I also have filed a civil lawsuit against Mr. Cosby on behalf of one of the accusers, Judy Huth, so all I can say is, no, it's not just about women's voices. Although, had it been only about women's voices, I think that would have been important.

On why she thinks these conversations dominate the news today

Well, because women have found their voice and minorities, and they've done what Mother Jones has said, which is "Don't agonize, organize." And that's a beautiful thing. I think this tsunami is going to continue. I don't see us going backwards — I only see us going forward. And that's so encouraging and so exciting.