Accessibility links
Knees, Domestic Violence And CTE: Why You Stopped Watching Football NFL viewership has gone down in recent years. There are a lot of theories about the reason for the decline. To help sort it out, we asked listeners why they stopped watching. 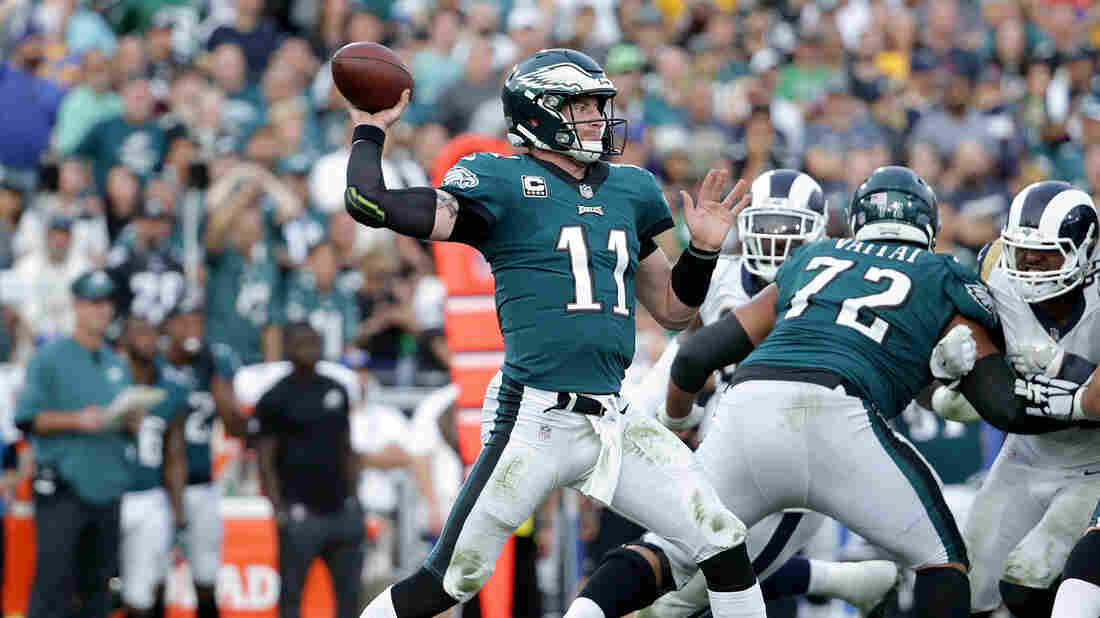 Quarterback Carson Wentz of the Philadelphia Eagles drops back to pass against the Los Angeles Rams on Dec. 10 in Los Angeles. Jeff Gross/Getty Images hide caption 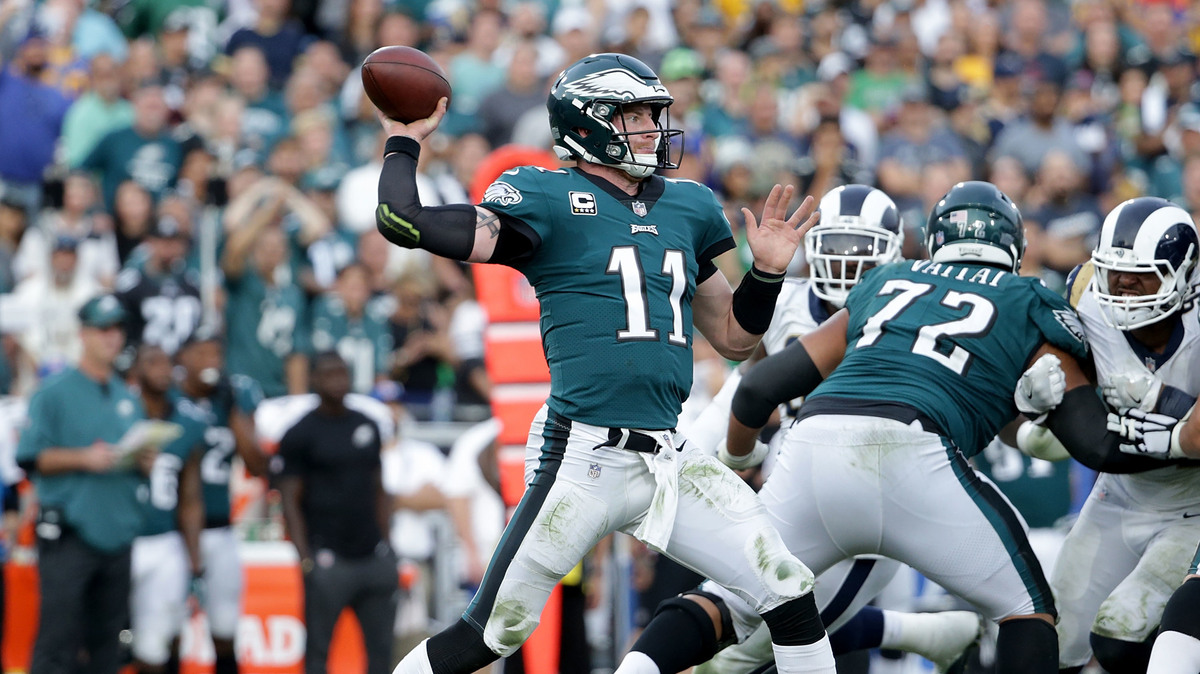 Quarterback Carson Wentz of the Philadelphia Eagles drops back to pass against the Los Angeles Rams on Dec. 10 in Los Angeles.

A lot of people watch the Super Bowl every year.

But football ratings overall have dropped in the past couple years. Numbers for the 2017 season were down 9.7 percent, continuing a decline from the year before.

To be clear, the audience for football is still enormous and dwarfs almost everything else on TV.

Football is still dominating, but just a little bit less so.

There are a lot of theories about why the decline is happening — including the distraction of the 2016 presidential campaign and President Trump's disparaging tweets, games being too long to keep the attention of younger viewers, or a lack of star players on the field.

We asked Weekend Edition listeners to tell us about why they stopped watching recently.

Stephanie Norman from Kansas City, Kan., says she was turned off by NFL players "taking a knee" during the national anthem in recent months to protest police brutality and to protest the president.

"I don't really care to support it," she tells NPR's Lulu Garcia-Navarro.

"I think to incite a political climate in your stadiums when we're there to be entertained is just inappropriate."

Norman says the NFL needs to be clear about exactly why the national anthem is played at games.

"I think if you're playing it to salute the troops, it's the wrong time to be ... grandstanding basically," she says.

"My grandfather died during World War II. I saw the pain and suffering that inflicted upon my family. It's the least we could do, just one time, to celebrate American victory and our heroes.

"Use your social media, use your voice, get a protest going another time. March on D.C. Wear a color of tie to the NFL banquet — I don't care what you do. But I think the NFL needs to make a stand and say why they're playing it, what they expect their players to do, and if you're getting paid to do your job, do your job."

Rodrigo Vijalva of Fort Wright, Ky., doesn't think the players are grandstanding, so much as using their star status to call attention to something.

"They're in a position where they are more heard than the people that they're fighting for," he says. "It's a lot easier if you're a professional player to get attention to an issue" than what "the average person on the street" is able to do.

Fred McFarland of Pensacola, Fla. says he actually started watching football after a long hiatus — to support the protesters. 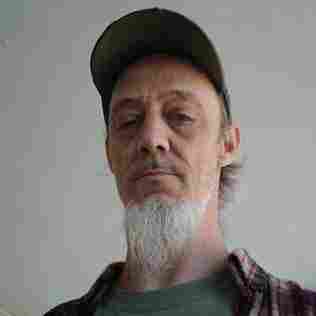 "Being a veteran, the fact that these gentlemen were using the rights that I defended gave me a reason to support them and start watching football again," he says.

"I understand their viewpoint. They have a right to say how they feel under the First Amendment, just like Colin Kaepernick has the right to take a knee when he's at a game."

He says that when people thank him for his service, he tells them to "use your rights, get involved in local government, register to vote, make sure you vote," because "those are the thank yous that I personally want."

McFarland says he wants to show support because those players are "doing exactly what I've asked others to do" on "their stage." Plus, he's "not a guy that's going to buy a jersey or anything like that."

Another factor listeners talked about: worries about injuries and brain damage in players.

Researchers have long been studying a possible link between the type of hits to the head that football players receive and the degenerative brain disease chronic traumatic encephalopathy (CTE).

"I feel like I can't watch football with a clean conscience," listener Obie Pressman tells NPR.

Rodrigo Vijalva says he used to watch and enjoy "a nice hit, a good block or a good tackle." But after hearing about the possible brain damage those head hits could be causing, "as opposed to enjoying it, I would just find myself thinking: Well, I hope the guy gets up." 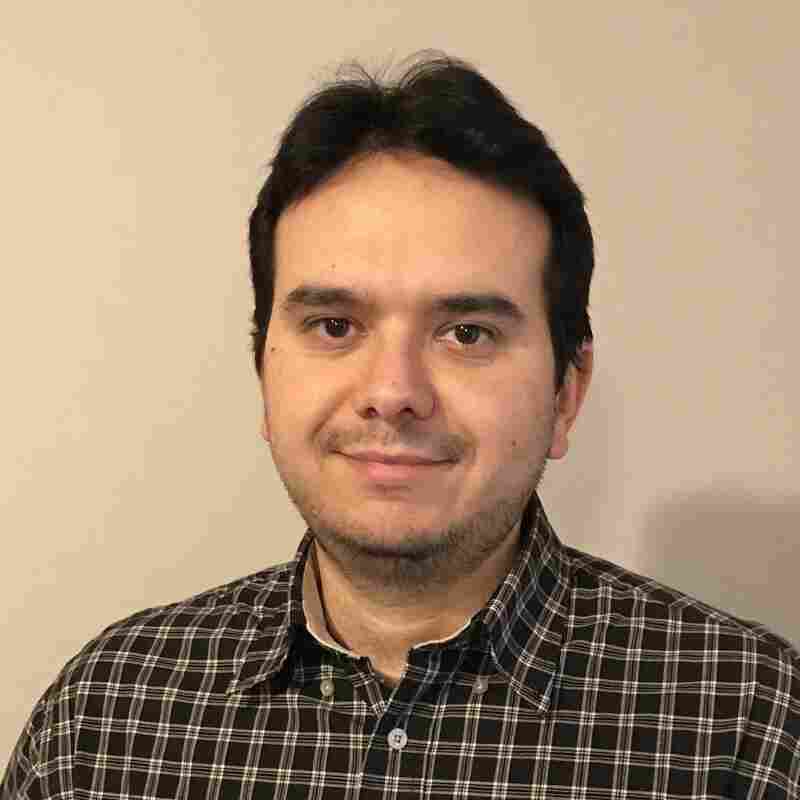 Rodrigo Vijalva doesn't want his son to play football and is worried that watching games with him would be hypocritical. Courtesy of Rodrigo Vijalva hide caption 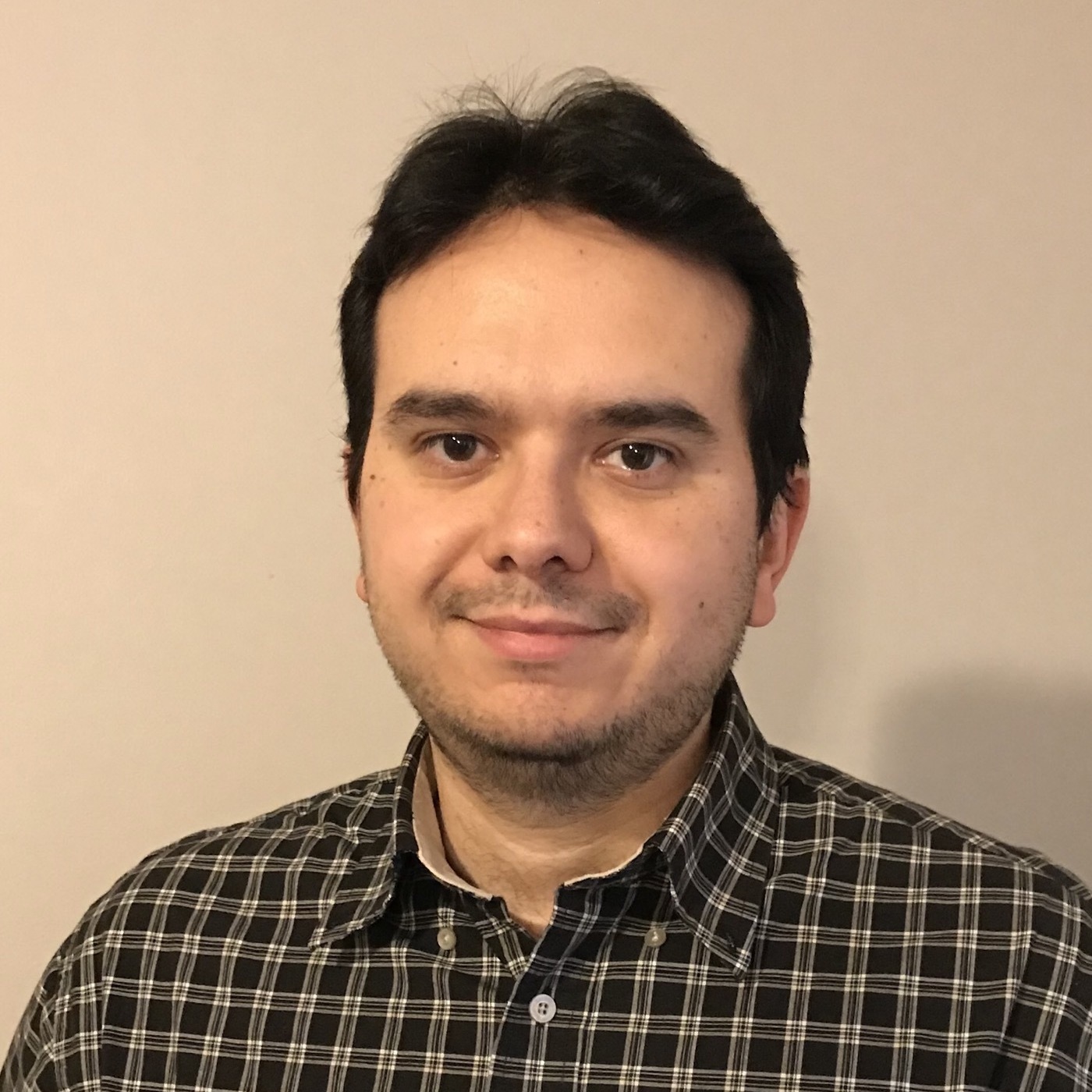 Rodrigo Vijalva doesn't want his son to play football and is worried that watching games with him would be hypocritical.

He has an 8-year-old daughter and a 16-month-old son now.

"I'm definitely concerned about my son maybe wanting to grow up and play, with football being so prevalent in culture, in schools," he says. "Personally, I would not want him to play, so it seems hypocritical to be watching it with him and then kind of glorifying these things."

Vijalva is also worried about players getting in "legal trouble" for things like physically abusing their partners or drunk driving, "and then teams kind of turning a blind eye if the player was good enough."

Listener Annie Callahan told NPR, "After it came out about abuse of their spouses or girlfriends, I actually refuse to watch the NFL anymore because I really don't think they take the safety of women seriously."

ESPN's Jemele Hill On Race, Football And That Tweet About Trump

In 2014, a video surfaced showing Baltimore Ravens player Ray Rice knocking out his then-fiancee Janay Palmer. Other incidents involving domestic violence and NFL players have made the news since then.

"Domestic violence and the NFL have been unhappily coupled more than a few times in recent years," NPR's Karen Grigsby Bates explained in 2016.

Despite their reservations, Vijalva and McFarland say they're watching the game at home Sunday night.

As for Norman? "I was for the Vikings, so I'm out of it at this point," she says. "But Tom Brady has had an amazing career and he's done remarkable things. And I can only hope that he continues to break records."