Accessibility links
CHART: How Trump's Immigration Proposal Compares With Other Plans With deadlines approaching, the Trump administration and a bipartisan group of senators have each released their own frameworks for immigration reform. See how they would change current law. Immigrants take the oath of allegiance to the United States at a naturalization ceremony on Feb. 2 in New York City. John Moore/Getty Images hide caption 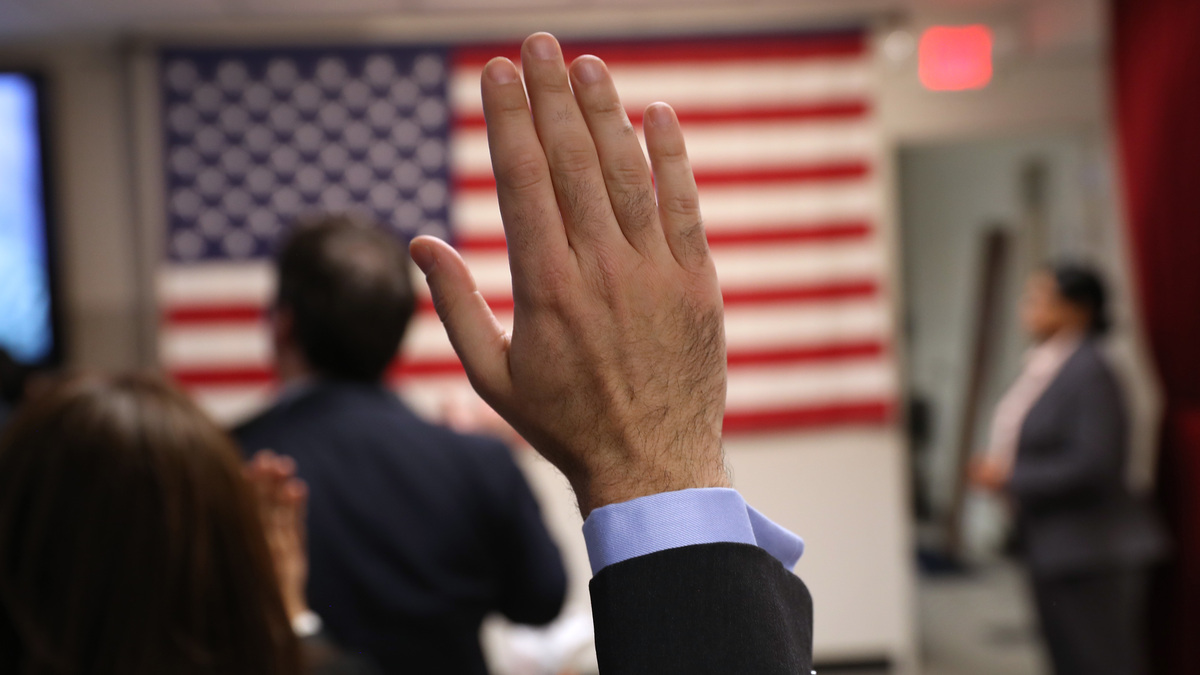 Immigrants take the oath of allegiance to the United States at a naturalization ceremony on Feb. 2 in New York City.

This week, the Senate plans to debate a variety of immigration overhaul plans, in an attempt to see which ones can get 60 votes. Right now, there are 51 Republicans and 47 Democrats (plus two independents who caucus with the Democrats).

The Secure and Succeed Act, brought by a group of Republican senators, is designed to closely match the White House's framework, released at the end of January.

The new plan joins one that Delaware Democratic Sen. Chris Coons and Arizona Republican Sen. John McCain unveiled last week. The McCain-Coons bill is very similar to the Uniting and Securing America Act that was introduced in the House in January and has 27 Republican and 27 Democratic co-sponsors.

Before that came the "Graham-Durbin" plan, released in January by a bipartisan group of senators, led by Republican Lindsey Graham of South Carolina and Democrat Dick Durbin of Illinois.

Here is a look at how plans from McCain and Coons, Graham and Durbin, and the White House and Senate Republicans compare with each other, as well as how they compare with the last major attempt at immigration reform, the 2013 "Gang of Eight" bill that passed the Senate overwhelmingly but was never taken up by the House.