Accessibility links
Trump: Democrats 'Un-American,' 'Treasonous' During State Of The Union During a speech near Cincinnati touting the new tax law, Trump slammed Democrats for not being more positive during his State of the Union. He avoided discussing the stock market as it plunged Monday.

Trump: Democrats 'Un-American,' 'Treasonous' During State Of The Union

Trump: Democrats 'Un-American,' 'Treasonous' During State Of The Union 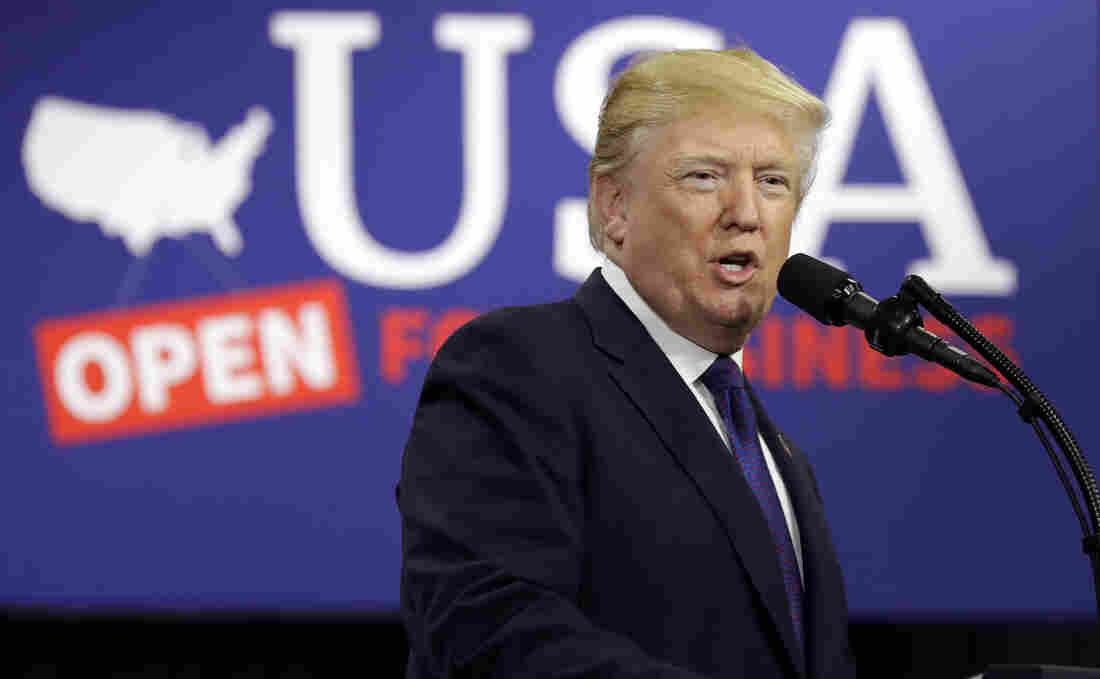 In a speech about tax policy in Blue Ash, Ohio, on Monday, President Trump accused Democrats of being "un-American" for not applauding during his State of the Union speech. Evan Vucci/AP hide caption 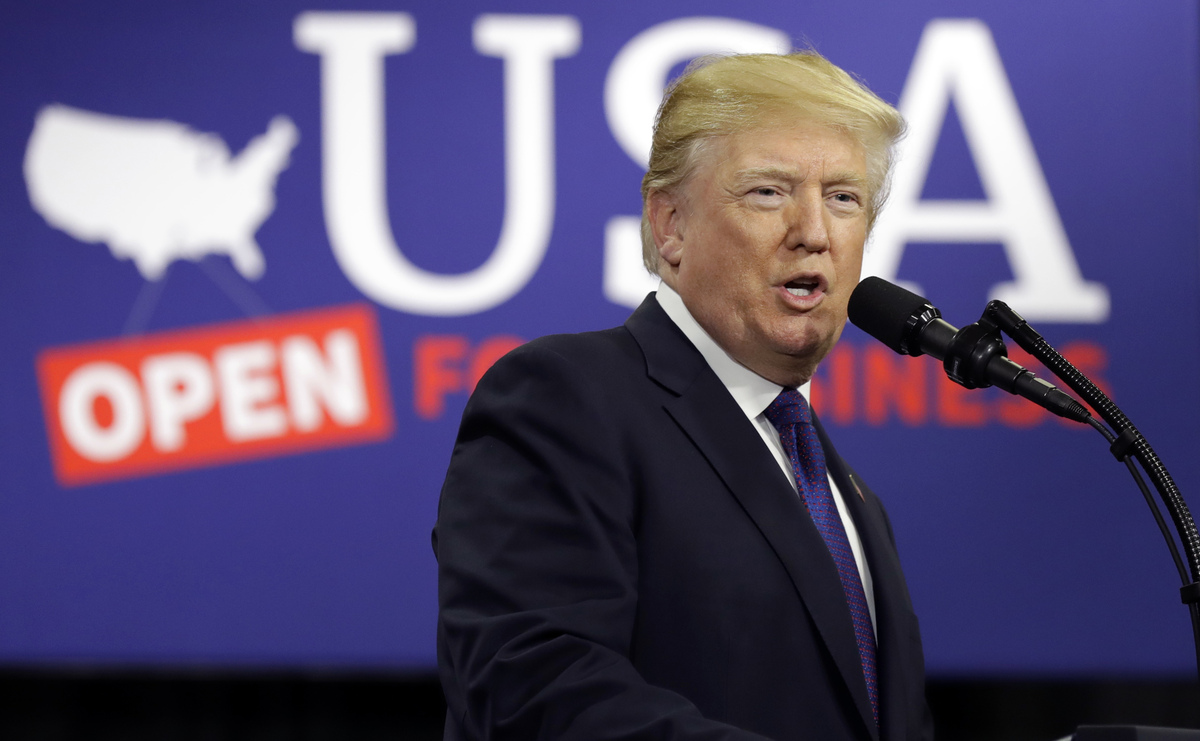 In a speech about tax policy in Blue Ash, Ohio, on Monday, President Trump accused Democrats of being "un-American" for not applauding during his State of the Union speech.

President Trump slammed Democrats who didn't stand and applaud during his State of the Union speech last week as "un-American" and "treasonous."

Trump made the remarks during a speech in a Cincinnati suburb where he was promoting the tax bill he signed into law last December. The president began complaining that even as he was touting record low unemployment among African-Americans and Latinos, Democrats remained stoic, speculating that they might be reprimanded if they smiled or applauded.

"Even on positive news — really positive news, like that — they were like death and un-American. Un-American," Trump complained. "Somebody said treasonous. Yeah, I guess, why not? Can we call that treason? Why not? I mean, they certainly didn't seem to love our country very much."

The U.S. Constitution, however, defines treason against the country as "only in levying War against them, or in adhering to their Enemies, giving them Aid and Comfort."

White House spokesman Hogan Gidley said on Tuesday that the president's remarks were in jest.

"It was tongue in cheek. He was obviously joking," Gidley said. "But what is serious is that the democrats consistently seem to put their personal hatred for this president above their desires to see America succeed."

Trump's comments on Monday came as the stock market was plunging. He made no mention of the sharp drop that stocks have seen since Friday, including the largest one-day point drop ever in the Dow Jones industrial average on Monday. Since he took office, Trump has consistently called out booming stock prices as a marker of how good his presidency has been for the country.

"The stock market has added more than $8 trillion in new wealth," Trump said in a speech to Republican lawmakers on Thursday, the day before stocks began a big two-day slide. He added that if Democrats had won in 2016, "instead of going up almost 50 percent, your stock market, in my opinion, would have gone down 50 percent."

After the stock market closed on Monday, White House press secretary Sarah Huckabee Sanders put out a statement: "The President's focus is on our long-term economic fundamentals, which remain exceptionally strong, with strengthening U.S. economic growth, historically low unemployment, and increasing wages for American workers. The President's tax cuts and regulatory reforms will further enhance the U.S. economy and continue to increase prosperity for the American people."

In his State of the Union address last week, the president also touted the economy and preached bipartisanship as he tried to strike a unifying tone. But a lot of that speech was aimed at his base and not reaching out to Democrats — much like his comments on Monday.

Although attended by both parties, the formal State of the Union is typically a fairly partisan affair, with members of the president's party cheering him along while the opposing side does not. During President Barack Obama's speeches, Republicans rarely cheered.