Accessibility links
House Passes Funding Extension To Avoid Shutdown; Senate Pushes For Budget Deal The bill to keep the government funded until March 23 goes to the Senate, which is expected to change it. Senate leaders say they are closer than ever to reaching a long-term budget deal. 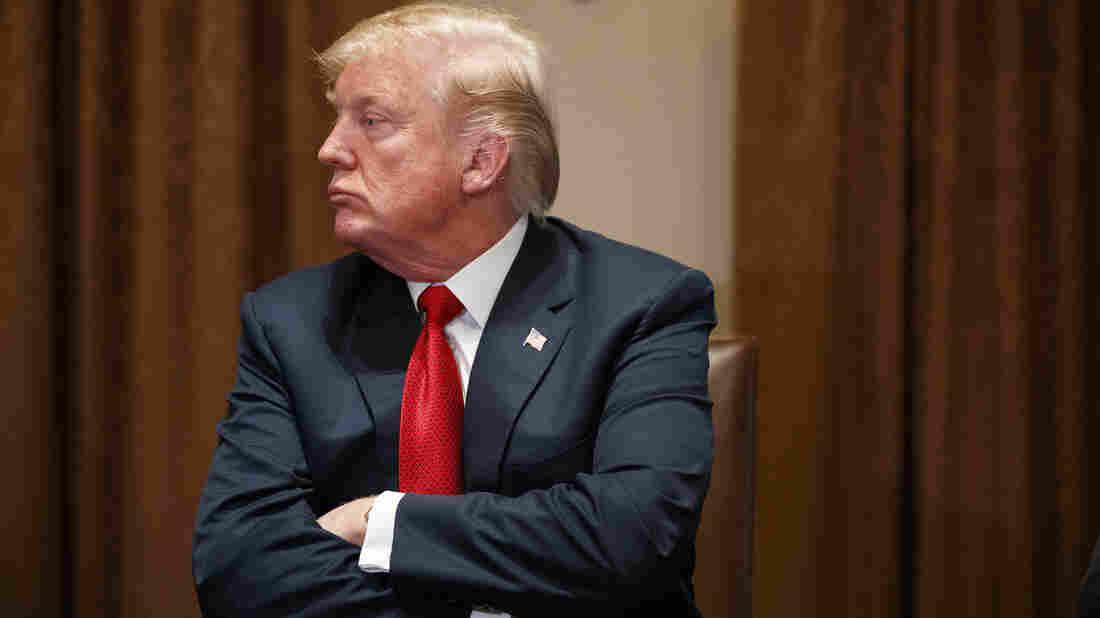 President Trump listens during a White House meeting with law enforcement officials on the MS-13 street gang and border security. To pressure Democrats to sign onto his immigration plan, he threatened another government shutdown if they don't agree. Evan Vucci/AP hide caption 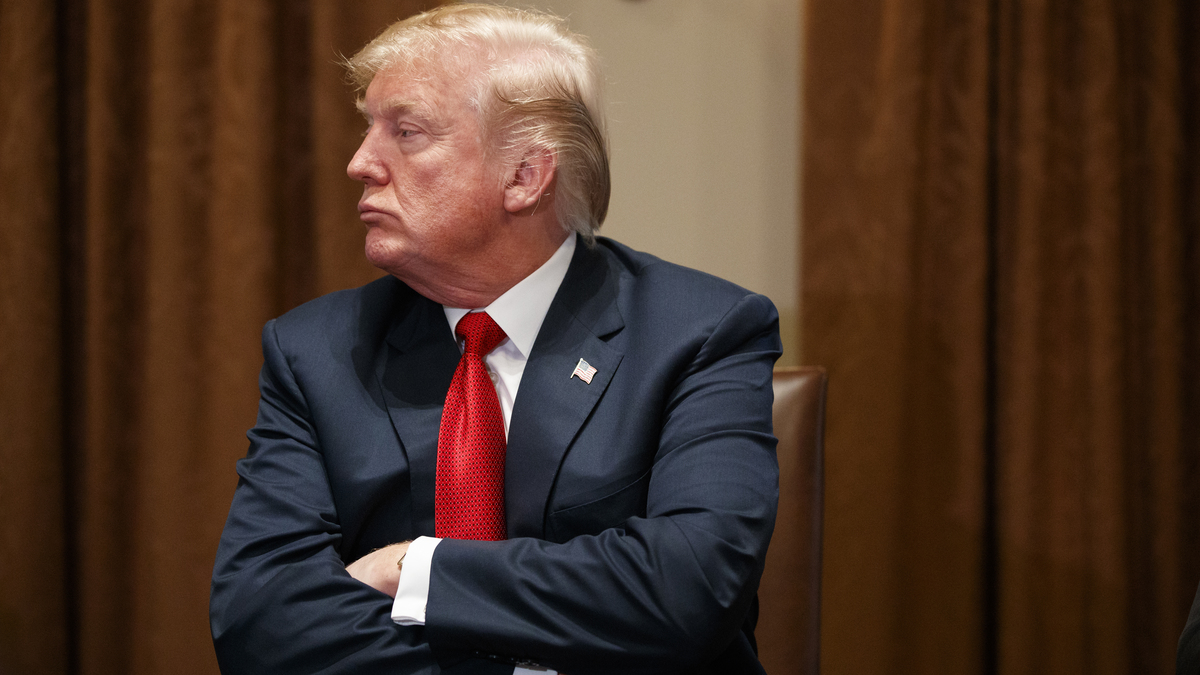 President Trump listens during a White House meeting with law enforcement officials on the MS-13 street gang and border security. To pressure Democrats to sign onto his immigration plan, he threatened another government shutdown if they don't agree.

The House passed a bill Tuesday evening to avert a government shutdown on Thursday, as Senate leaders still hope to clear the way for years of budget harmony this week with a long-term spending agreement.

But as Congress worked on keeping things running, President Trump made a fresh call to shut down the government over immigration.

Trump made the comments during a roundtable briefing at the White House on threats from the MS-13 criminal gang. He appeared to endorse shutting down the government if Democrats do not agree to increases in military spending and funding for a wall along the U.S. border with Mexico.

"I'd love to see a shutdown if we don't get this taken care of," Trump said. "We need to strengthen our borders, not by a little bit but by a lot."

The House bill, approved with mostly GOP votes, would fund the government until March 23, along with a full year of military funding. The Senate is likely to change the deal before passing it — a move that would require another House vote to prevent a shutdown later in the week.

Senate leaders said Tuesday that they are nearing a deal on a budget and spending plan and could release the measure in time to add it to a short-term spending bill that must be approved by the end of the day on Thursday.

"I'm optimistic that very soon we'll be able to reach an agreement," McConnell told reporters after the meeting.

Schumer said the pair "are closer to an agreement than we have ever been."

That plan is expected to lock in increases for domestic and military spending for two years. Such a plan would provide Congress a much-needed respite from what has become a constant struggle to keep the government funded.

Democrats want to ensure equal increases for domestic and military programs. If Republicans agree, it could ease the way for a broad, bipartisan Senate vote on the spending plan.

Immigration on a separate track

Although a standoff over how to deal with the Deferred Action for Childhood Arrivals program was at the heart of last month's government shutdown, talks over an immigration deal are now proceeding on a separate track from budget negotiations. And they may be complicated by something White House chief of staff John Kelly said to reporters during a visit to Capitol Hill.

Trump's immigration proposal includes a path to citizenship for 1.8 million people now in the country without legal status who came to the United States as children. About 700,000 of them signed up for the DACA program, which Trump has moved to cut off on March 5. Kelly said Trump's offer was generous and then ventured to explain why not all of those eligible had signed up for DACA in the first place.

His remarks have been widely taken as racially insensitive and could make it harder for Democrats to agree to a deal with the Trump administration. But when asked to explain Kelly's choice of language, White House press secretary Sarah Huckabee Sanders deflected.

"We're focused on actually getting a solution, and frankly I think if anybody's lazy, it's probably Democrats who aren't showing up to work and aren't getting to the table to make a deal on this," said Sanders.

In reality, bipartisan negotiations on immigration in Congress are ongoing, and Democrats are actively participating.

McConnell has said he will bring an immigration bill to the floor of the Senate for open debate if no agreement is reached in conjunction with this week's budget talks.

And despite Trump's bellicose language and threat of a shutdown if he doesn't get what he wants on immigration, Sanders said that Trump wants a budget deal and that the White House doesn't expect immigration legislation to be attached to it.

The progress in the Senate on a potential long-term spending agreement comes as the U.S. House voted Tuesday on a stopgap spending bill to avoid another government shutdown before funding runs out at the end of Thursday.

Conservatives like the plan for long-term military spending, but they generally oppose more funding for many of the domestic policies that would get a short-term extension.

House Freedom Caucus Chairman Mark Meadows, R-N.C., told reporters on Monday that it would be difficult for conservatives to support a bigger budget deal that increases spending across the board.

"Based on the numbers that have bantered around, conservatives are not real wild about the non-defense discretionary," Meadows said. "Certainly that will change the mix of the vote count over on this side. If you plus up the size of government substantially, it certainly loses some conservatives."

But a strong bipartisan vote in the Senate could encourage enough House Democrats to back the bill to make up for any conservatives who balk at a broader deal.

The disagreement may mean the spending bill will bounce back and forth between the House and Senate several times in the coming days as the two sides try to resolve their differences. Lawmakers say they remain confident that a spending bill of some kind will be approved before the Thursday deadline.