Accessibility links
Mister Rogers Is Coming Back To Your Neighborhood, On A Stamp The stamp will be dedicated in a first-day-of-issue ceremony held in WQED's Fred Rogers Studio in Pittsburgh, where Mister Rogers' Neighborhood was filmed. 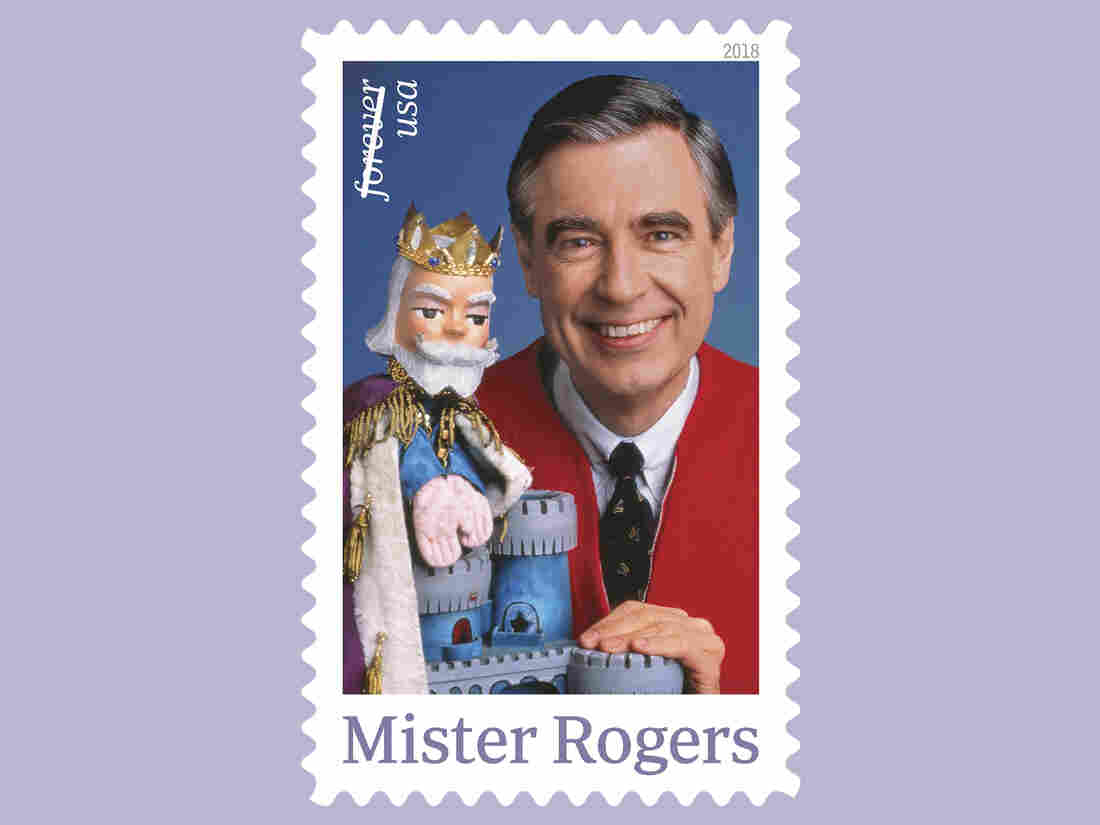 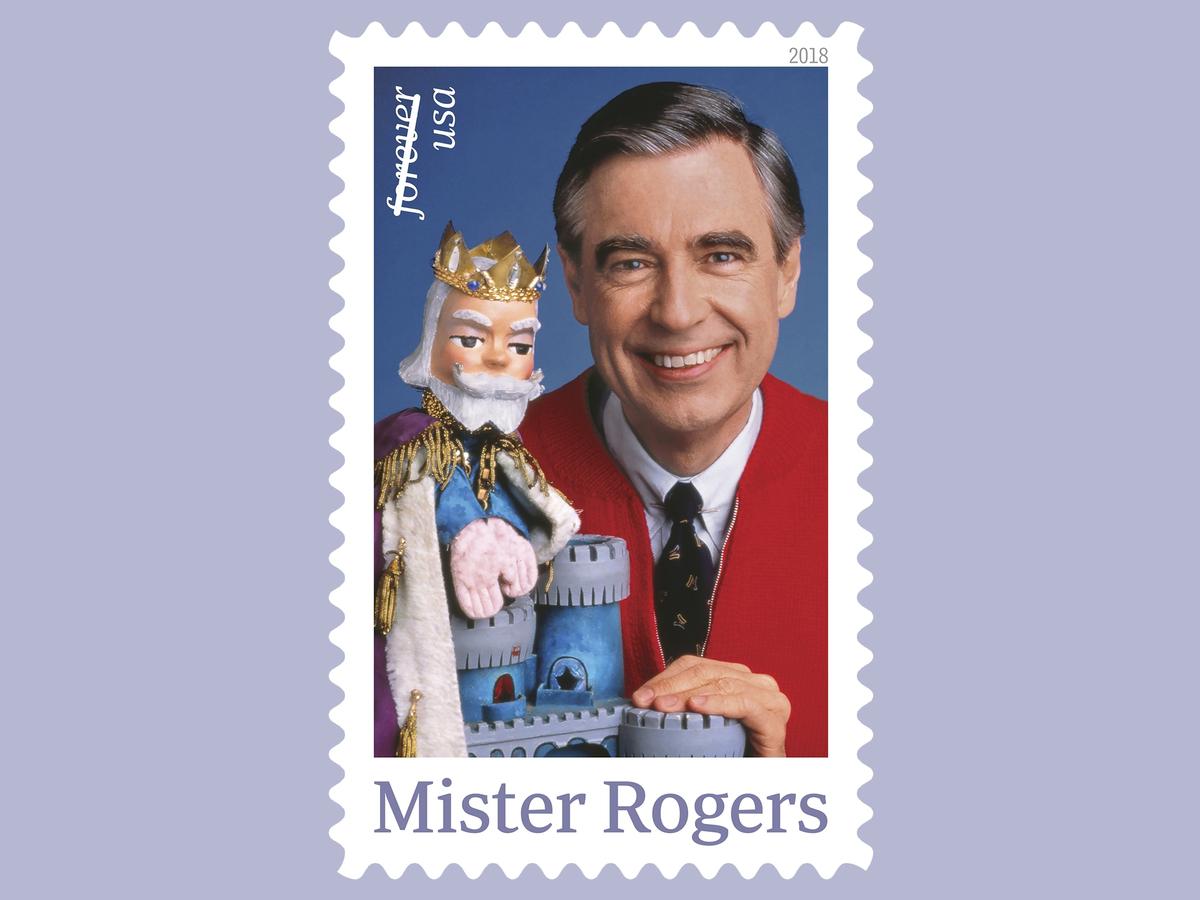 The title character of the half-hour children's educational television series Mister Rogers' Neighborhood, Fred Rogers "was known as a beloved television neighbor to generations of children," a statement from USPS said. The stamp is scheduled to be unveiled March 23, 50 years after the original episode of the series aired in the U.S. in 1968.

Rogers hosted Mister Rogers' Neighborhood for its full 30-year run until it ended in 2001. He died two years later at the age of 74, from stomach cancer. The show is known for delicately addressing topics like anger, sensitivity, fear and divorce.

Rogers opened each episode of the show by changing out of a blazer and into a cozy cardigan while singing "Won't You Be My Neighbor." The USPS stamp will feature Rogers in his signature cardigan, holding King Friday XIII, a puppet that made frequent appearances on the show.

The USPS receives about 40,000 suggestions for stamps each year, a spokesman for the postal service said. The Citizen's Stamp Advisory Committee, appointed by the postmaster general, then narrows the suggestions down and begins approving some of them to appear on stamps. The process normally takes around three years.

Mister Rogers Still Asking Kids to Be His Neighbor

The first-day-of-issue dedication ceremony will take place in WQED's Fred Rogers Studio in Pittsburgh, where the show was filmed.

The news of the stamp release comes a little over a week after an announcement that a Mister Rogers biopic is in the works. TriStar Pictures announced Jan. 29 that it was working on a feature film about Rogers called You Are My Friend. Tom Hanks will play Rogers.

Asia Simone Burns is an intern with NPR Digital News.