Accessibility links
Meet The Russian TV Personality Running For President Against Putin A former reality TV star with a huge social media following, Ksenia Sobchak is a candidate in Russia's elections next month. She has a political pedigree, too: Her father was Vladimir Putin's mentor. 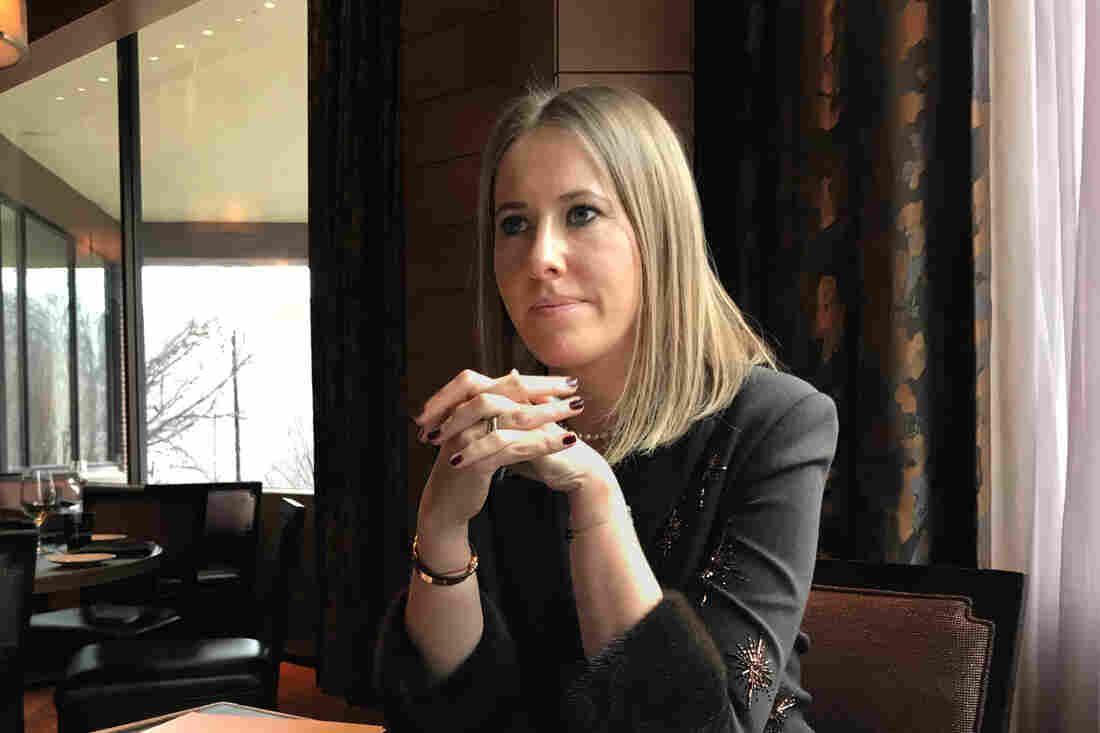 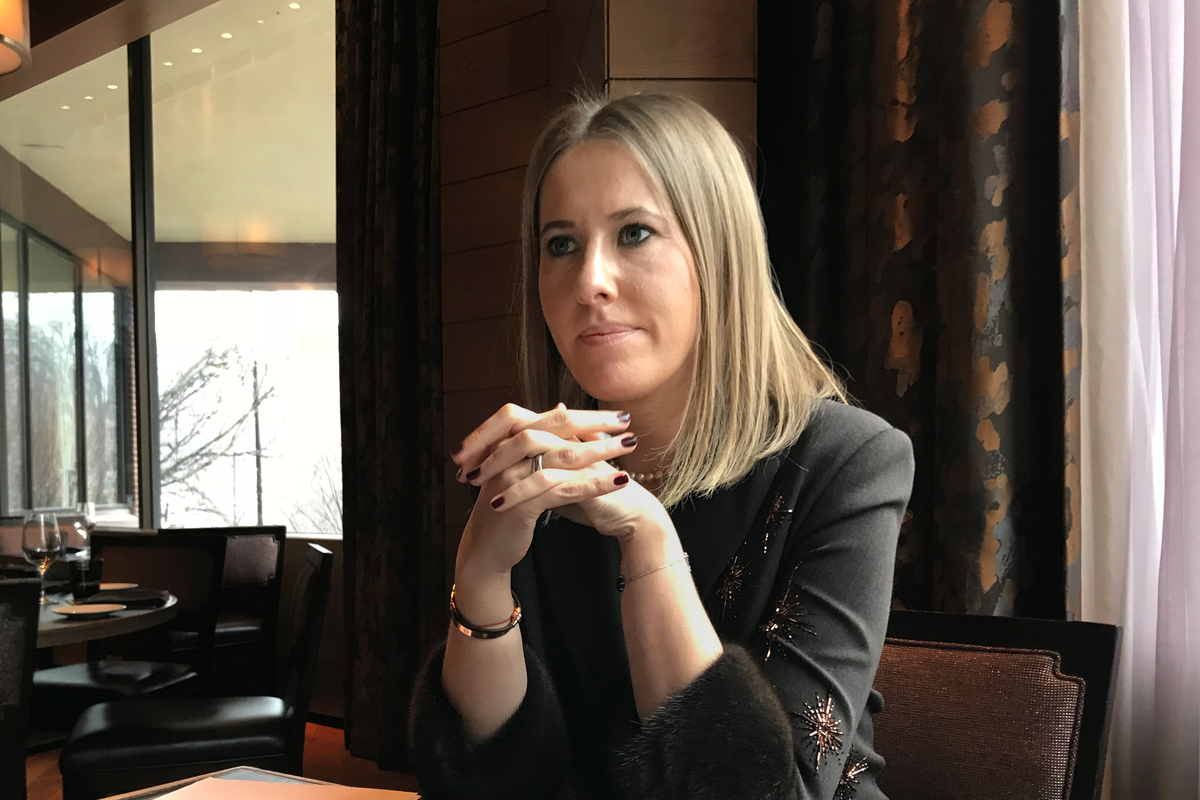 Ksenia Sobchak, a Russian TV personality with a huge social media following, is running for president in Russia against the incumbent, President Vladimir Putin.

Who's the most famous person in Russia? That's easy: Vladimir Putin.

But the second most famous person in Russia? Arguably, that would be Ksenia Sobchak, a name that's not familiar to most Americans.

The huge former reality TV star has millions of followers on social media, and is running for president in Russia's elections on March 18 — a description that might sound familiar.

While the 36-year-old, who is also a journalist, is trying to channel President Trump, her outspokenness is of a different nature.

"Liberal things that I say, they're as shocking as saying [in the U.S.], 'You're a nasty woman, or 'Immigrants go home.' For Russians, when you say 'we want freedom of speech, we want the rule of law' ... this is the same kind of radical shock," Sobchak says during an interview Wednesday in Washington, D.C., where she is visiting think tanks and officials.

Her candidacy is also noteworthy for another reason: Her father, Anatoly Sobchak, was mayor of St. Petersburg ... and a mentor to Vladimir Putin.

On her chances of beating Putin

No, I think I don't have any chances to win, because these elections, to my mind, are a kind of fake elections. They are not real. You can't win in a casino-- the casino always wins. In the same way, Putin always wins. ...

I think it's fake elections, because not all the candidates can take part. We don't have the equal media coverage on all the candidates, and we cannot fully control the vote itself. So by all those three parameters, they are fake.

On why she is running anyway

To be the voice for people who share liberal values. Because Russia is a country where many people still do not have access to Internet, they don't watch independent channels — their only source of information is federal channels, which are highly propagandistic, because they all belong, again, to Putin. So, those elections are the only chance to get, by constitution, a certain time on federal TV channels. So this is my chance to speak up for all those people, who do not want the situation to last forever.

On whether she can criticize the Kremlin in ways others can't

Well, I'm saying what I think, and I get a response, such as raids in my home — which I had — such as political bullying, such as people calling me at night with some words, they will kill me and things like this. But still I say what I want. The thing that really matters is that for me it's easier to say that then for people who do not have that much media coverage.

You should understand that in Russia I am a very famous person. I've been famous for years through my entertaining programs, through my show business activities. ... I did lots of shows — Survivor show in Russia, many, many, many concerts, whatever. All Russian people know who I am. So, I use this to the good, because it's really hard to shut my mouth up — because I am too bright and I am too many years visible to everyone.

I mean that many people would like to have a protest vote. Many people voted for Trump just to say their "no" to the system, they didn't like the system and Hillary [Clinton] was obviously one of the leaders of the political establishment. So that was like, "look, we don't like it anymore, we don't want the establishment, so we will vote for Trump to show our 'no' to the system."

Actually my "Against All" [campaign] slogan is also our "no" to the system, to say we are tired of those guys, we are tired of Putin, we are tired of his friends who corrupt the country. I am not the best president, as you can imagine — I am a journalist, and before an ex-TV star — but let's just say "no" to them. The candidates are so boring, we are so tired of them, it is all so unfair, that candidate Ksenia Sobchak is actually your best option. So, this is what my strategy is about.

On what comes after the election

I will go to form my movement, with which I am planning to go to parliament of Russia. I think the only way we can try to change things now, without going to prison, is the evolutionary way. We are not for revolution, we're not the ones to have fights with police. We are the ones who will try insistently to change the situation by peaceful measures.

Monika Evstatieva produced the broadcast version of this interview, which was edited by Jolie Myers.