Accessibility links
Nancy Pelosi Protests On House Floor Over Immigration Talks Minority Leader Nancy Pelosi spoke on the House floor for just over eight hours in support of the expiring DACA program. It was the longest House speech in more than 100 years. 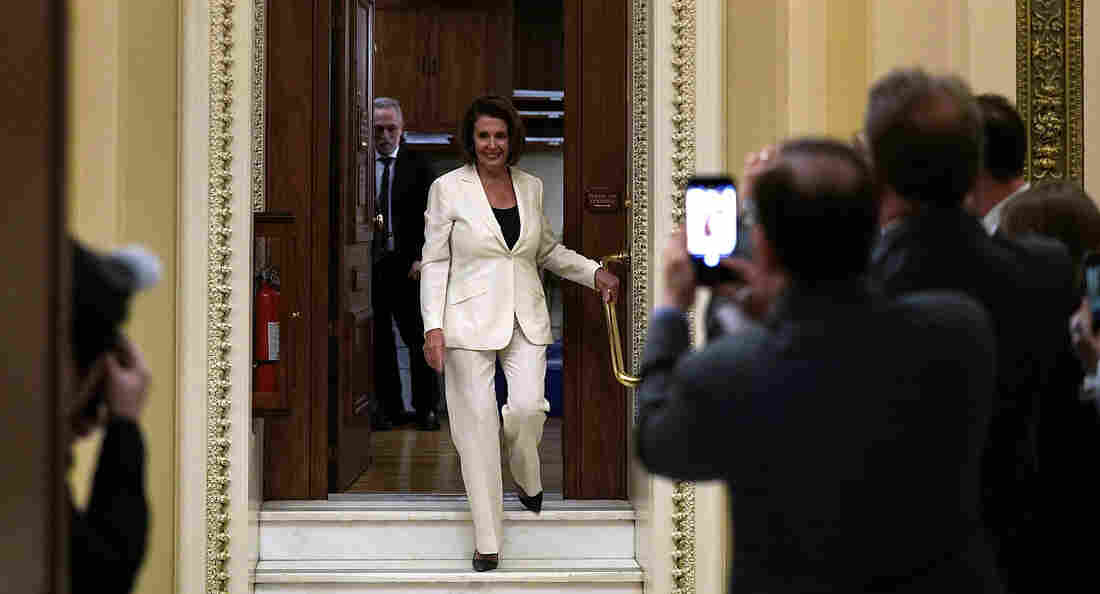 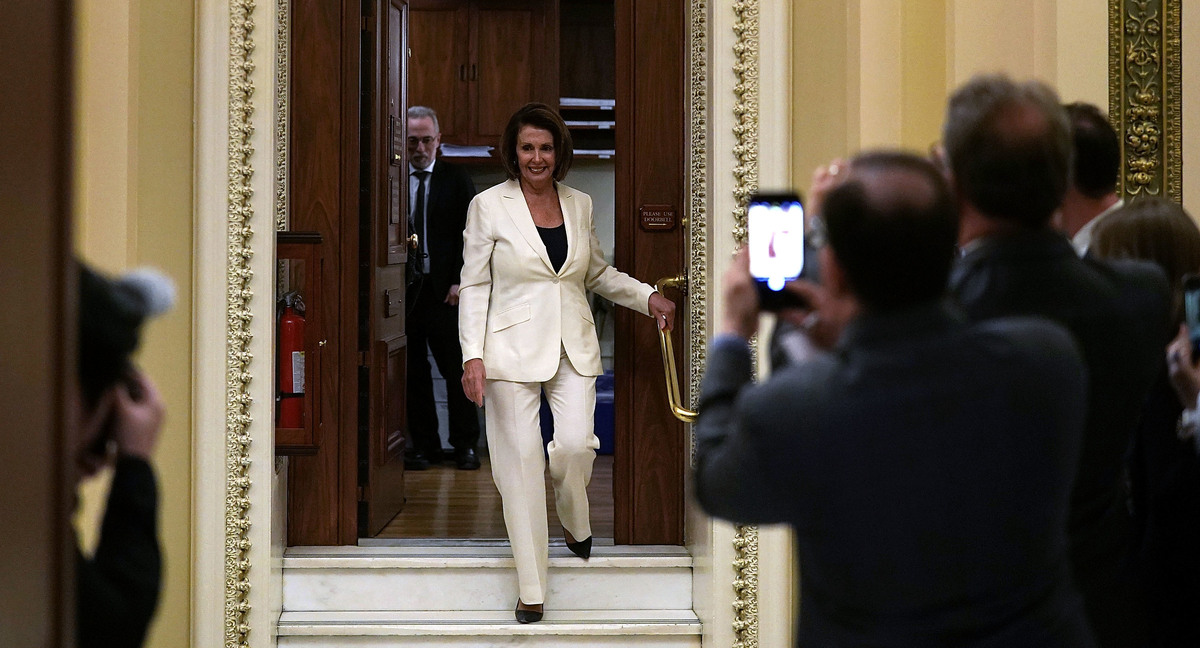 A little after 10 a.m. on Wednesday, House Minority Leader Nancy Pelosi, D-Calif., began a one-minute speech on the House floor.

Just over eight hours later, she concluded her record-breaking remarks.

According to the House historian's office, she delivered the longest floor speech since 1909 — and possibly ever.

Pelosi's marathon Senate-filibuster-style speech was a protest against the fact that negotiations over the future of the expiring Deferred Action for Childhood Arrivals program have stalled.

"Our DREAMers hang in limbo, with a cruel cloud of fear and uncertainty above them. The Republican moral cowardness must end," Pelosi said near the beginning of the speech. "So I'm going to go on as long as my leadership minute allows." (Leaders such as Pelosi are granted the courtesy of speaking beyond — in this case well beyond — the usual minute allotted to House members for floor remarks.)

Hour after hour as she spoke, Pelosi read statements from people in the country illegally who were brought here as children. Most of the statements described the security and opportunities DACA has provided, or the careers or educational paths of people soon at risk for deportation.

Pelosi also repeatedly framed the immigration debate in moral terms, at times reading directly from the Gospel of Matthew.

While Senate Majority Leader Mitch McConnell, R-Ky., has promised Senate debate on immigration, House Speaker Paul Ryan, R-Wis., has made no such commitment. On Tuesday, Ryan said, "We're not going to bring immigration legislation through that the president doesn't support."

Throughout the speech, Pelosi asked Ryan to change his mind and promise floor debate.

Pelosi's marathon came the same day her Senate counterpart, Minority Leader Chuck Schumer, D-N.Y., struck a budget deal with McConnell. The agreement is broad and includes increased military and domestic spending, raising the debt ceiling and providing expanded disaster relief funding. But it does not include any DACA extension.

Pelosi and other Democratic leaders had initially promised to secure a DACA extension by the end of 2017; then, when December 31 came and went, by a mid-January deadline to fund the federal government.

House Democrats repeatedly voted against short-term-spending bills that did not include protections for people in the program. Senate Democrats joined them in January, blocking a funding measure and forcing a government shutdown.

But many Senate Democrats immediately viewed the move as a mistake, and the Friday night shutdown ended by Monday afternoon, affecting just one workday for most federal employees.

By telegraphing their hesitance to force another shutdown, and then agreeing to a long-term budget deal, Democrats gave up the one source of leverage that the minority party held to force a DACA fix.

In that context, Pelosi's marathon speech can be viewed as a signal to the progressive base that Democrats aren't quitting on DREAMers.

But the high-profile move came as Republicans are once again making Pelosi a centerpiece of their House campaigns. In an upcoming Western Pennsylvania special election, conservative groups are running ads tying Democrat Conor Lamb to Pelosi, despite Lamb's having told reporters he wouldn't vote for her as Democratic leader.

At a rally for Republican candidate Rick Saccone last week, speaker after speaker warned a vote for Lamb was a vote to return Pelosi to the speakership.

Still, Pelosi shows no signs of stepping aside or giving up on efforts to secure a DACA deal.

McConnell, Ryan and President Trump have all said they want to find a permanent fix for the roughly 700,000 people enrolled in the DACA program, which is set to expire March 5 under terms set by Trump last year. Pelosi sounded increasingly skeptical that Republicans will act.

"We do not deserve any right — any of us — to say we love DREAMers, or anything like that, unless we have an intention of doing anything about it," Pelosi said, more than four hours into the speech.