Accessibility links
In True Meta Fashion, These Are Shoes For Your Shoes These shoes for shoes latch onto your first pair via Velcro straps. The brand's publicist says they are practical, not just fashion for fashion's sake. 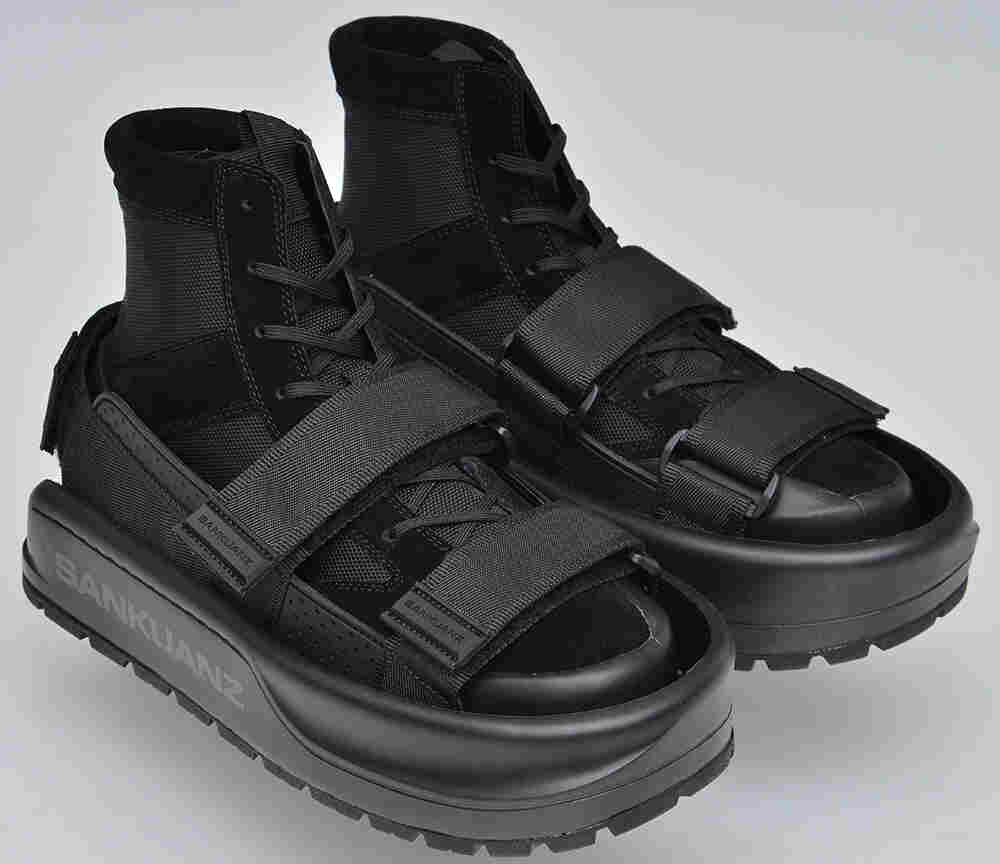 The Sankuanz shoes for shoes are meant to protect the first pair of sneakers from dirt and damage. Courtesy of Sankuanz hide caption 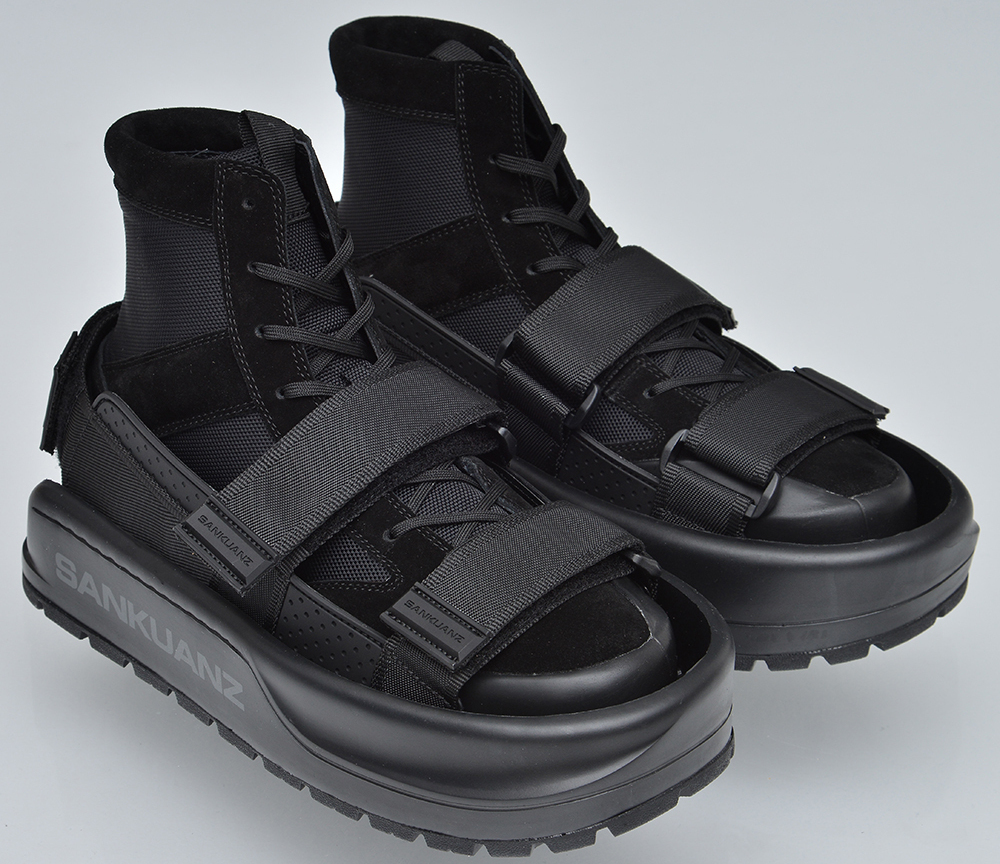 The Sankuanz shoes for shoes are meant to protect the first pair of sneakers from dirt and damage.

After a big fashion show there's always the question of which trends will make the leap from the runway to real life. And after Paris Men's Fashion Week, at least one question remains: Do shoes need their own pair of shoes?

"They're transformable sneakers that have an outer layer of protective sandal that you can enter Velcro into and you can strap them on or off," is how Sankuanz publicist Courtney Wittich describes the concept.

But ultimately, they look like big-cushioned, rubber and plastic orthopedic Birkenstocks — with Velcro straps — and you strap them on top of your existing shoes.

Or they look like open-concept galoshes. That's up to you.

Sankuanz showed them on the runway in black and beige.

"I think they're going to be really popular," Wittich says. "I mean, you know, the streets are quite dirty and people want to protect their shoes, especially if they're paying a lot of money for them."

The shoe sandals will sell for about $355 when they go on the market in August.

"You can walk totally normal in them and it gives you an extra layer of protection and then also height," Wittich says. 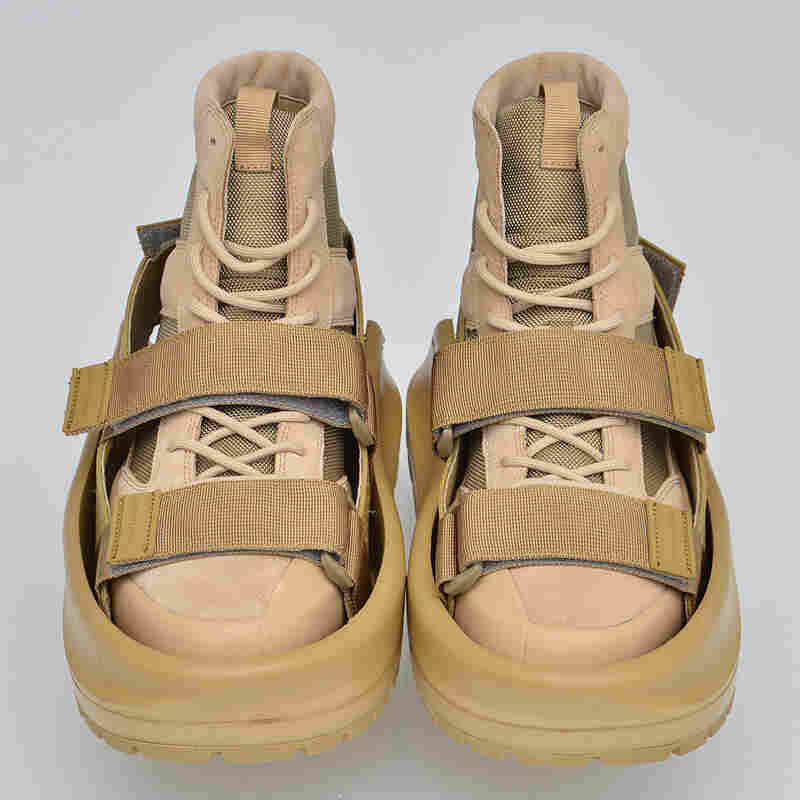 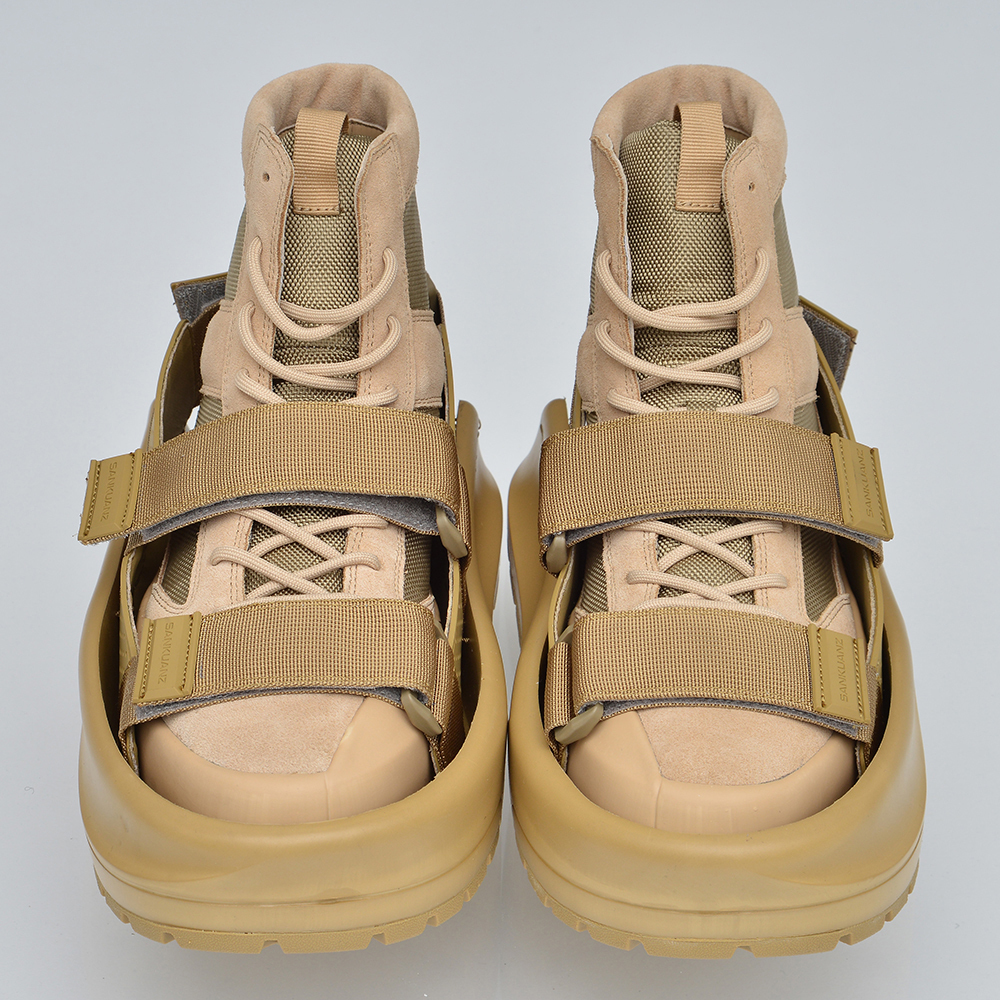 That's an advantage if you want a little more height — but some don't.

For people who saw the Sankuanz show last month, there's no question that these things made an impression.

Fashion journalist Lily Templeton, who's based in Paris, says the double shoe is not out of step with the Chinese company's brand image.

"It seemed to fit the aesthetic of what Sankuanz was showing — looks kind of dystopian, grow-wherever-you're-planted-even-if-it's-a-post-apocalyptic world," Templeton says.

Templeton says layer-on-layer clothing is a real trend these days — and this just plays off of that.

Once you're adding shoes on top of your shoes, what's next? Shoes for your shoes ... on shoes? Sankuanz's Wittich does say there's a limit to this layered look.

"So far we haven't heard anything about a third layer generation, but if we hear about that we'll let you know," Wittich says.

"So far" are the key words there.

The audio for this piece was produced by NPR's Art Silverman and edited by NPR's Renita Jablonski.