Accessibility links
Review: The Low Anthem, 'The Salt Doll Went To Measure The Depth Of The Sea' Folk musicians Ben Knox Miller and Jeff Prystowsky return with a new album shaped by the van accident that almost killed them.

Review: The Low Anthem, 'The Salt Doll Went To Measure The Depth Of The Sea'

Review: The Low Anthem, 'The Salt Doll Went To Measure The Depth Of The Sea' 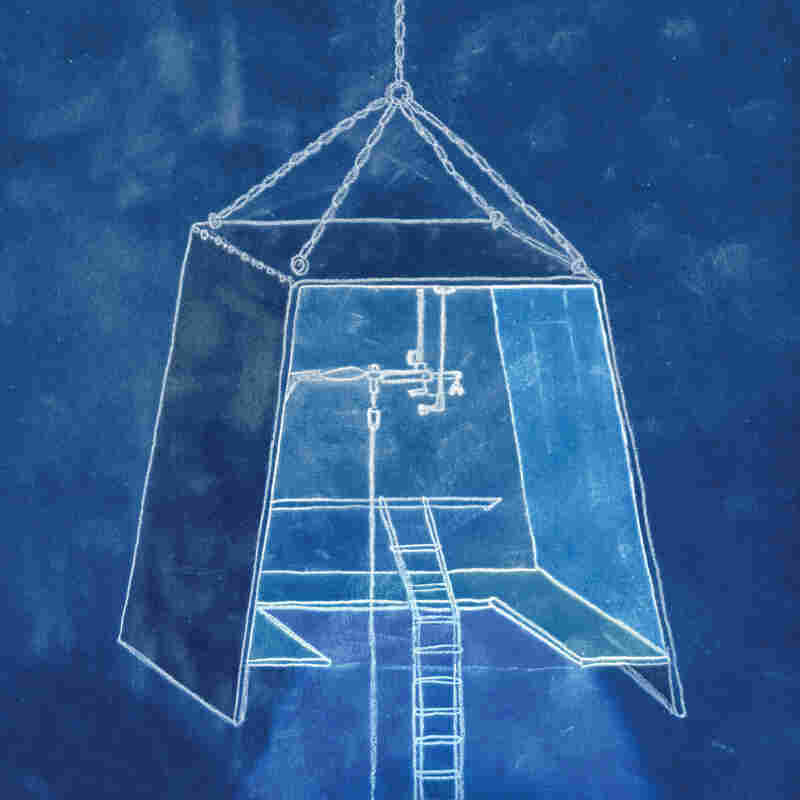 The Low Anthem, The Salt Doll Went To Measure The Depth Of The Sea Joyful Noise hide caption

I can't think of another album that sounds quite like The Salt Doll Went To Measure The Depth Of The Sea. Not in title, not in sound. Oh, there are familiar song structures and vocal harmonies. But hearing this record brought me back to the night I learned of the accident: a crashed van, strewn and broken gear, and how lucky they were to all be alive. That's when it all clicked.

I first met The Low Anthem 10 years ago in 2008 when they were volunteers at the Newport Folk Festival, caring for the grounds, picking up trash, passing out their CD and hoping make connections. The ensemble from nearby Providence was just a few years old at the time. Fast forward to 2009, and this Rhode Island band of creatives was playing on stage at Newport, signed to Nonesuch Records with a brilliant album about environmental decay called Oh My God, Charlie Darwin. That record was followed by Smart Flesh, after which they huddled back home to build a recording studio inside an old vaudevillian theater, birthing both an iconic art space and the album Eyeland.

In late June 2016, while on the road to play a show in Washington D.C., founding member Ben Knox Miller remembers the moment when everything changed for The Low Anthem. "I remember looking at the burning van wrapped around a steel pole and knowing it was the end of Eyeland," he wrote in an email. "I wasn't hurt so I rented a box truck and packed up all our broken instruments and drove them from D.C. to Providence. That night I was reading Kay Larsen's biography of John Cage, Where the Heart Beats, and came across the Salt Doll fable. I have found several versions of the Salt Doll story, but all basically tell the story of a doll that wants to know the ocean. The ocean says 'come in.' It puts its toe in, and knows something, but loses its toe. Puts its foot in, knows more, but loses its foot... and so on. I began to imagine its journey, and 16 days later the first version of [our new] album was written and recorded. (I had to wait for Jeff [Prystowsky] to recover, and together we rendered the final version.)"

The Salt Doll Went To Measure The Depth Of The Sea is a stark journey, made even starker by the odd percussion that haunted me during my initial listens. The spare percussion wasn't drums, but it felt oddly familiar, like something I heard a lot as kid and as a teen. Ben Knox Miller solved the mystery for me.

"I don't know what kind of headspace I was in for those 16 days," he wrote. "I was alone. All of my regular instruments were destroyed (along with my bandmates). I had a parlor acoustic [guitar], a 64-key piano and a '90s era DA-88 digital 8-track tape machine in my bedroom. I had been using it to record abstract instrumental tracks, produced by processing beats physically cut into the center loops of vinyl records. My turntable was running 24 hours a day and I set up a signal chain with crossovers and guitars pedals and electronic and physical filters, and the room was filled with continuous hypnotic sound."

That was it: the sound of the inner grooves of a record going round and round and round as percussion. It's quite brilliant given what feels to me like the circular nature of the tale told. Ben Knox Miller confirmed my suspicion.

"I think of the music as made of circles," he wrote. "There is a safe sense of time (a constant feeling of return), but some of the space that is opened up is so bare as to be nearly uncomfortable. Amongst ourselves we call the sound 'subtle energy circularism.' A lot of the sounds on Salt Doll comes from tiny sources, like a chopstick scraping the rim of a brown paper bag or a record needle bouncing in a divot."