Accessibility links
2020 Census To Count Deployed Troops At Home Bases, Prisoners At Facilities The Census Bureau says it will change how it counts service members deployed overseas and continue to count prisoners as residents of their correctional facilities for the coming national head count. 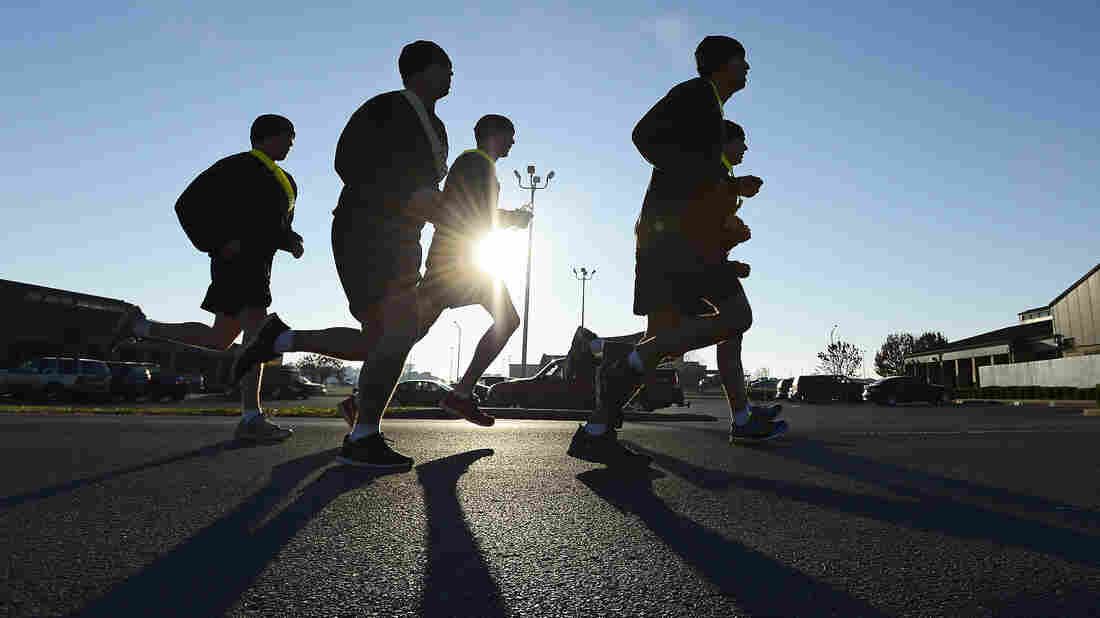 Members of the Pathfinders 5th Battalion, 101st Combat Aviation Brigade of the 101st Airborne Division, go for a run at Fort Campbell, Ky., in 2013. The Census Bureau says it will count deployed service members as residents of their home bases or ports for the 2020 census. Mark Zaleski/AP hide caption 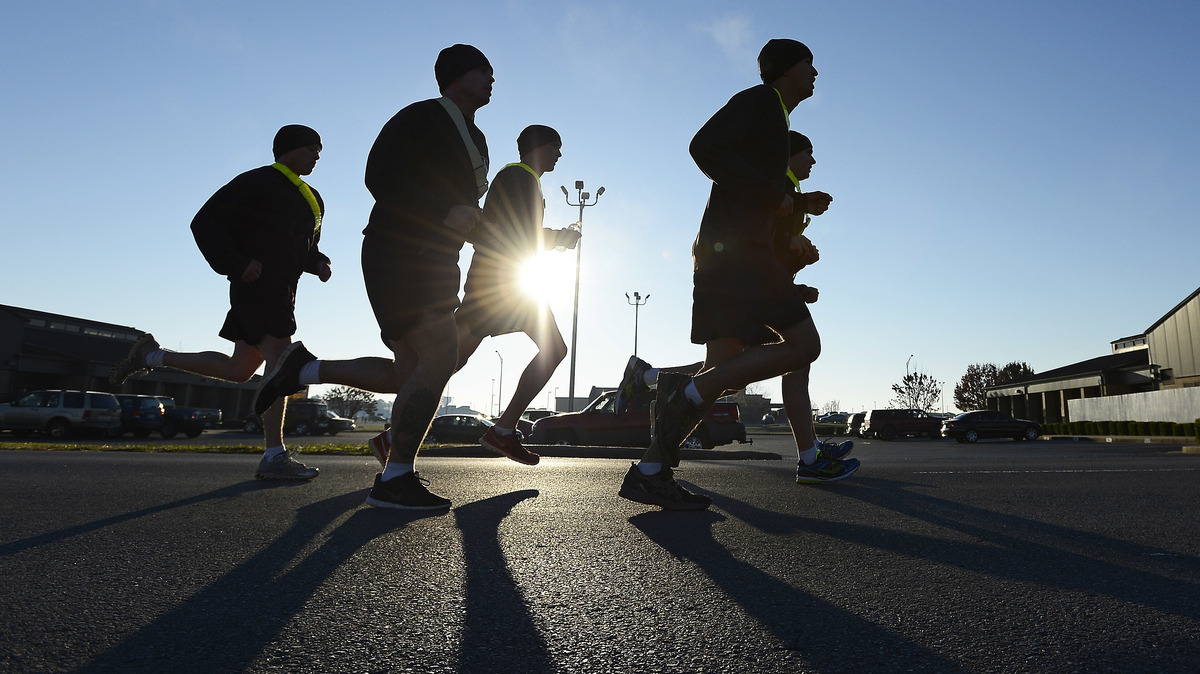 Members of the Pathfinders 5th Battalion, 101st Combat Aviation Brigade of the 101st Airborne Division, go for a run at Fort Campbell, Ky., in 2013. The Census Bureau says it will count deployed service members as residents of their home bases or ports for the 2020 census.

The U.S. Census Bureau has announced it will change the way it counts troops deployed overseas, while keeping its policy on counting prisoners for the upcoming national head count in 2020. How these two populations are factored into the 2020 census could affect the balance of power in government at both the federal and local levels.

For the last census in 2010, all overseas military personnel were counted at the address they provided at enlistment. But in 2020, deployed service members will be counted as residents of the bases or ports they were temporarily assigned away from, according to a memo released this week by the Census Bureau.

Incarcerated people will continue to be counted as residents of their correctional facilities, despite calls to count them at their home addresses.

For many of the communities surrounding military bases around the country, the bureau's decision is seen as a long-awaited victory after years of advocating for a change in policy.

"When those soldiers are not counted from where they're stationed, then it has a huge economic impact on our community," says Kelli Pendleton, president and CEO of the Christian County Chamber of Commerce in Hopkinsville, Ky., just outside of Fort Campbell.

When many of the troops at the U.S. Army base were overseas during the 2010 census, an estimated 10,000 service members were not counted in Christian County, according to Sen. Rand Paul, R-Ky., who sent a letter to the Census Bureau in support of the policy change. Instead, their numbers were directed to the population counts for the home addresses they provided when they first enlisted.

"If the timing is off that the census happens when 30,000 soldiers are deployed, that has a great impact on those numbers and then that trickles down to funding and other decisions," Pendleton says.

Federal funding and grants for schools and roads could take a hit if there are significant population dips. But now, Pendleton says she doesn't have to worry as much if any of Fort Campbell's soldiers are gone again on census day 2020.

The Census Bureau's decision on counting deployed troops could raise the populations of Kentucky and other states with military bases. That, in turn, could help them gain more power in Congress when seats in the House of Representatives are divided up between the states based on their new head counts from the 2020 census.

Advocates for an overhaul of the policy on counting incarcerated people, however, say they're disappointed with the bureau's decision for 2020.

"The Census Bureau blatantly ignored the overwhelming consensus urging a change in the Census count for incarcerated persons," said Peter Wagner, executive director of the Prison Policy Initiative, in a written statement.

The overwhelming majority of the close to 78,000 public comments the bureau received regarding how it counts prisoners supported counting them as residents of where they lived before they were incarcerated, according to a document the bureau prepared to publish in the Federal Register.

Still, the bureau concluded that "since the majority of people in prisons live and sleep most of the time at the prison," correctional facilities should be considered the "usual residence" of incarcerated people.

Aleks Kajstura, legal director of the Prison Policy Initiative, points out that many prisoners just happen to be behind bars on census day.

"People aren't at any given facility for very long," she says,

Some states have passed laws requiring prisoners to be counted at their home addresses when drawing local legislative districts, including California, Delaware, New York and Maryland.

After the 2020 census, the bureau does plan to help those states recalculate their counts so their prisoner numbers are moved back to their home communities for local redistricting, but not for reapportioning Congress.