Accessibility links
Undocumented Immigrants Face Growing Backlog Of Crime Victim Visas Every year thousands of undocumented immigrants are allowed to stay in the U.S. because they've been victims of a crime. But an increasing number are denied visas because demand outstrips slots. 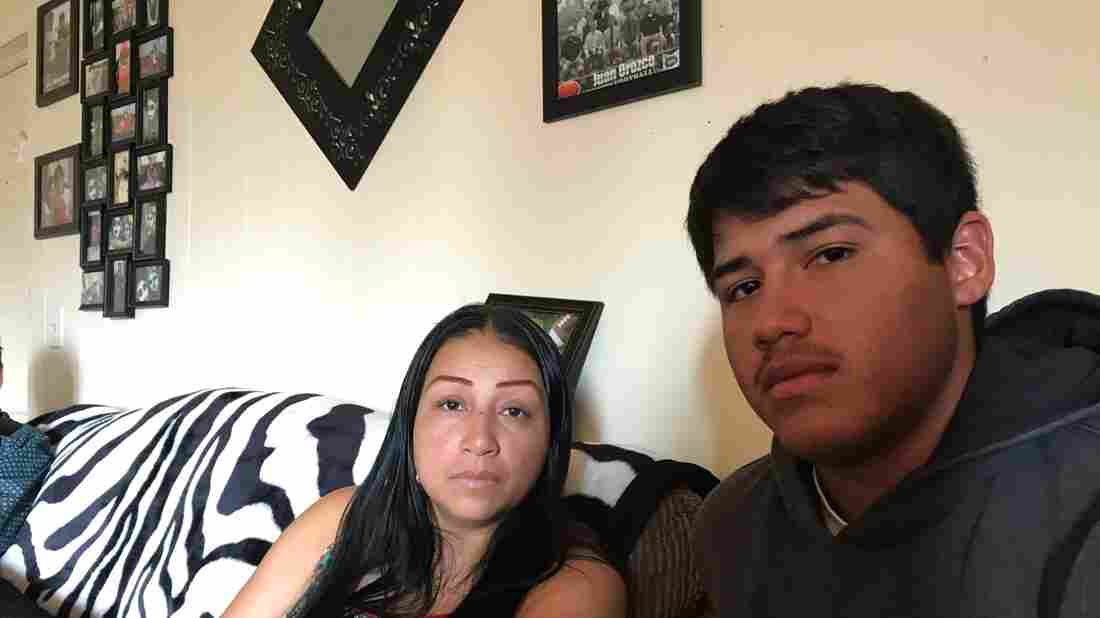 Juan Orozco and his mother, Amparo, at their ranch house near Circle, Mont., in Aug. 2017. Juan's father, an undocumented immigrant, was assaulted and applied for a special visa for victims of crimes. Nate Hegyi /Yellowstone Public Radio hide caption 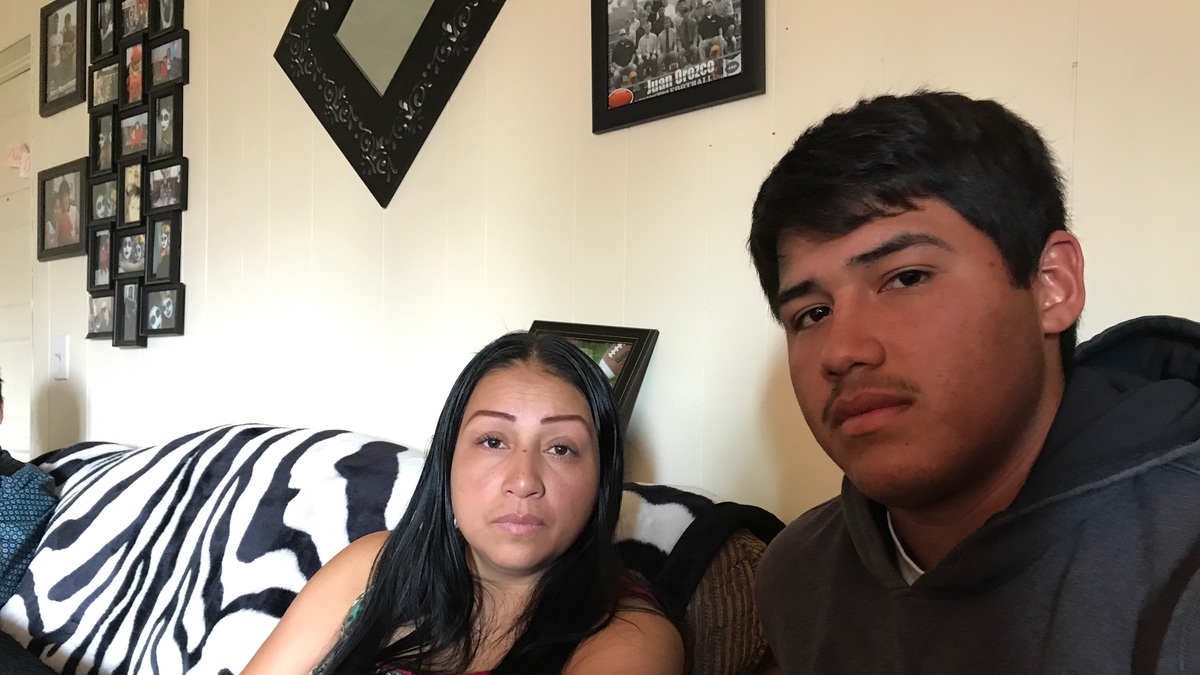 Juan Orozco and his mother, Amparo, at their ranch house near Circle, Mont., in Aug. 2017. Juan's father, an undocumented immigrant, was assaulted and applied for a special visa for victims of crimes.

Family photos cover the walls of a ranch house in eastern Montana. There are pictures of a dad holding a baby and a son playing high school football.

That son, Juan Orozco, sits on a couch next to his mother. He says after his dad came home fromjail a few years ago he just wasn't the same.

Juan's father, Audemio Orozco-Ramirez, says he was raped by an inmate at the Jefferson County jail. The father of seven is undocumented and had been picked up by local sheriffs deputies to be turned over to immigration. He was released while investigators looked into his alleged rape.

His lawyer at the time, Shahid Haque, said a special U visa for victims of crime was Orozco-Ramirez's best chance to stay in the U.S.

Every year, thousands of undocumented immigrants are given legal status in the country under the U visa program. Victims of domestic violence, sexual assault and other serious crimes are eligible. But demand far outstrips the number of these visas available, creating a years-long backlog. And some immigrants say police aren't willing to help them through the process.

"All Jefferson County had to do was simply certify that a crime had happened and that he had cooperated with law enforcement," Haque said.

Orozco-Ramirez cooperated, but the Jefferson County Sheriff's Department said it couldn't find evidence he was sexually assaulted. A surveillance video that would have captured the crime was missing. There was a dispute over the tape that was eventually settled in a lawsuit, though county officials didn't admit wrongdoing.

The County Attorney's office declined to comment on the U visa. According to his lawyer, Shahid Haque,authorities refused to sign a form Orozco-Ramirez needed for his application, attesting that he was, in fact, a victim.

"The role of law enforcement in this whole process is really the biggest problem," he said.

Federal officials make the final decision on who gets a visa, but the process often starts at the local level, with this form.

The rules give local law enforcement a lot of leeway. They can sign off even if criminal charges haven't been filed.

The U visa was created to ensure undocumented victims come forward. Immigration and Customs Enforcement says it works with local law enforcement to make sure victims apply.

But weighing in on what is ultimately a federal matter makes some local officials uncomfortable, according to Leslye Orloff. She travels the country on a grant from the Justice Department, training local law enforcement on U visas.

"Many don't know about the program, don't fully understand it, have misinformation about it and miss lots and lots of opportunities to fight crime in their communities and help crime victims," she says.

But that's not the only hurdle to getting a U visa. There's a growing backlog as more and more people apply. Way more than the yearly cap of 10,000 victims. So it can take years to get the visa.

Former U.S. Rep. Connie Morella (R-MD) says when she co-sponsored a bill to create the U visa back in 2000, she agreed to that cap to get it passed.

"It was sort of guesswork in a way," she says. "Ten thousand sounded like it might be a good number to start with. Let's see how many applications we get and then we can always increase it."

A Father, A Husband, An Immigrant: Detained And Facing Deportation

Lawmakers tried to do that in 2012, but opponents argued the cap was a safeguard against fraud.

At home in Montana, Orozco Ramirez' son, Juan, says he believes his father was raped. That he would never make something like that up.

His mother, Amparo, starts to cry and says she missed everything about her husband.

"No one has the words to say what we're feeling or what we've been through," she says. "It's very difficult."

Orozco Ramirez expects to be deported soon. Other immigrants are still waiting for a U visa. There are nearly 200,000 applications pending. That's 20 times the annual cap.