Accessibility links
No. 3 Justice Department Official Rachel Brand Will Step Down The associate attorney general's departure will leave a key vacancy in the succession of people who are tasked with overseeing the investigation into Russian interference in the 2016 election. 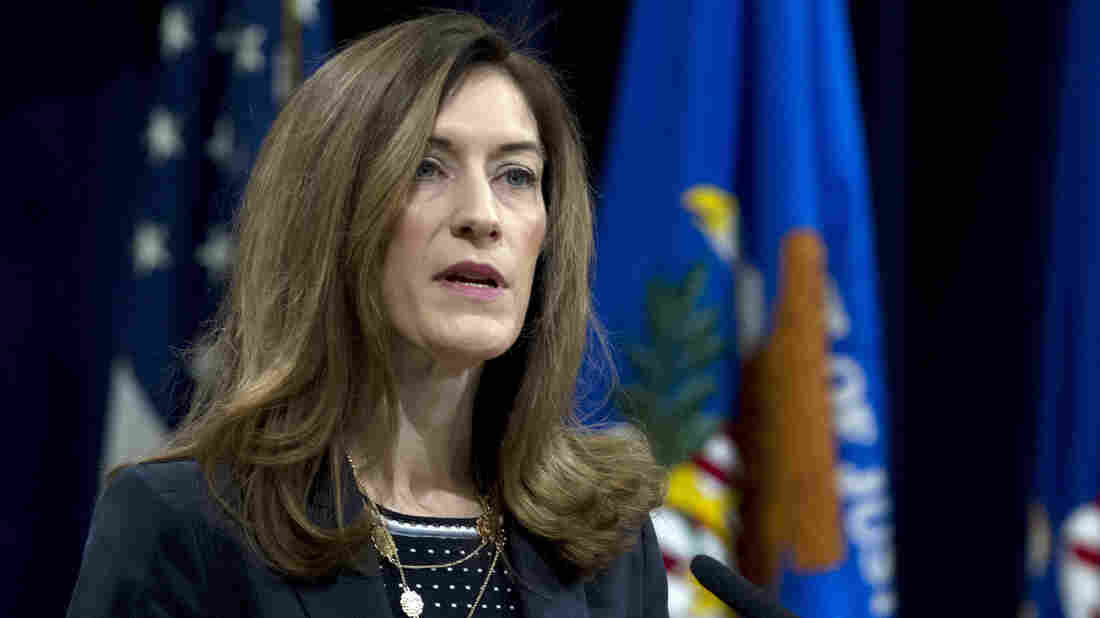 Associate Attorney General Rachel Brand speaks during the opening of the summit on Efforts to Combat Human Trafficking on Feb. 2 at the Justice Department. Jose Luis Magana/AP hide caption 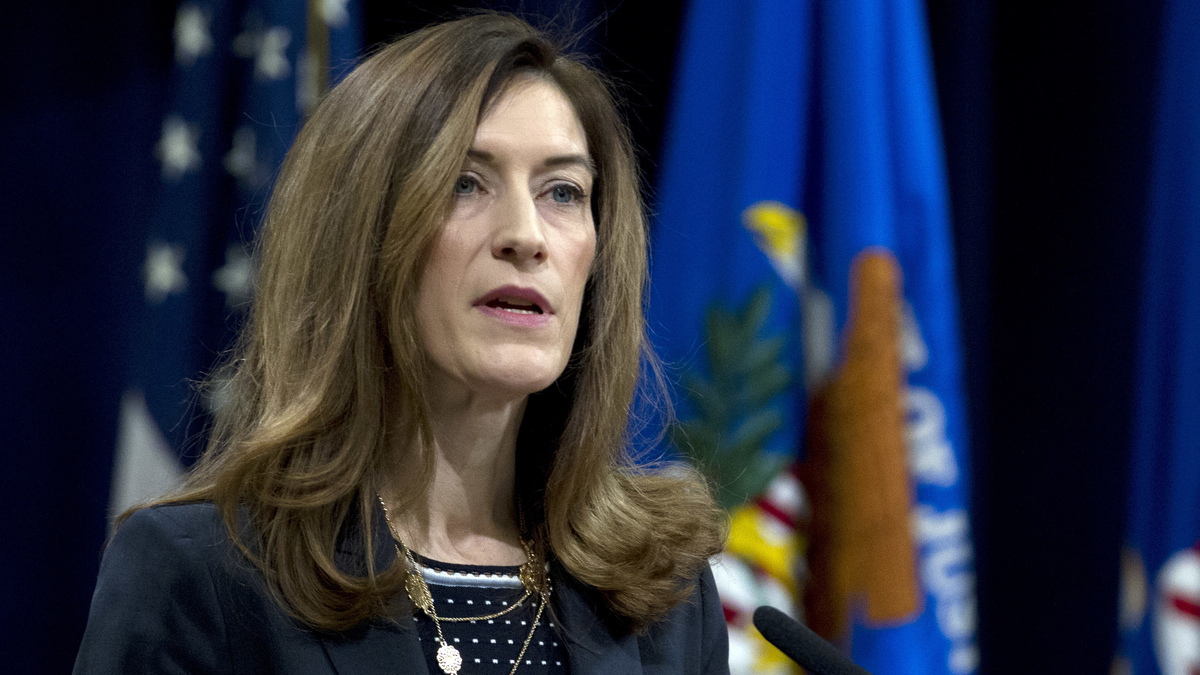 Associate Attorney General Rachel Brand speaks during the opening of the summit on Efforts to Combat Human Trafficking on Feb. 2 at the Justice Department.

The No. 3 official at the Justice Department will be stepping down after less than a year, leaving a key vacancy in the succession of people who are tasked with overseeing the investigation into Russian interference in the 2016 election.

The Justice Department announced Friday evening that Associate Attorney General Rachel Brand will be leaving her job in the coming weeks to take a position in the private sector. A source told NPR that Brand, who was sworn in last May, has been in talks about becoming the top lawyer at Walmart.

Other sources said Brand has chafed for months at the limits of her post at DOJ. President Trump has repeatedly attacked the law enforcement agency and sought to cast doubt on special counsel Robert Mueller's investigation into possible ties between Russia and the Trump campaign.

Asked last Friday after the memo's release whether he still had confidence in Rosenstein, Trump responded, "You figure that one out," raising the specter he might fire the deputy attorney general. However, the White House quickly denied any plans to remove Rosenstein. But if he was let go, that would have left Brand next in line to oversee Mueller's investigation, among Rosenstein's other responsibilities.

"The men and women of the Department of Justice impress me every day," Brand said in a statement. "I am proud of what we have been able to accomplish over my time here. I want to thank Attorney General Sessions for his leadership over this Department. I've seen firsthand his commitment to the rule of law and to keeping the American people safe."

Sessions also praised her work, calling her a "lawyer's lawyer."

Brand is an expert in national security and helped defend the administration's efforts to renew a foreign surveillance law. But she had a relatively small staff and a portfolio of issues that focused mostly on civil litigation, civil rights and other issues. In recent months, Brand delivered speeches in the administration's fight against human trafficking.

"Rachel Brand is a lawyer of the highest caliber and integrity. I was proud to work for her in the Bush administration when she ran the Justice Department's Office of Legal Policy and was proud to call her a colleague at [George Mason University's] Scalia Law School," national security expert and adjunct law professor Jamil Jaffer told NPR. "I'm certain that she'll do great things going forward and will be in public service again in the near future."

The news of Brand's departure was first reported by the New York Times.