Accessibility links
The Russia Investigations: Democrats Try To Counterattack But Lose A Key Weapon Democrats go out on a limb getting behind the author of an unverified dossier, but the president isn't ready — yet — to release their countermemo, a week after a GOP memo was made public. 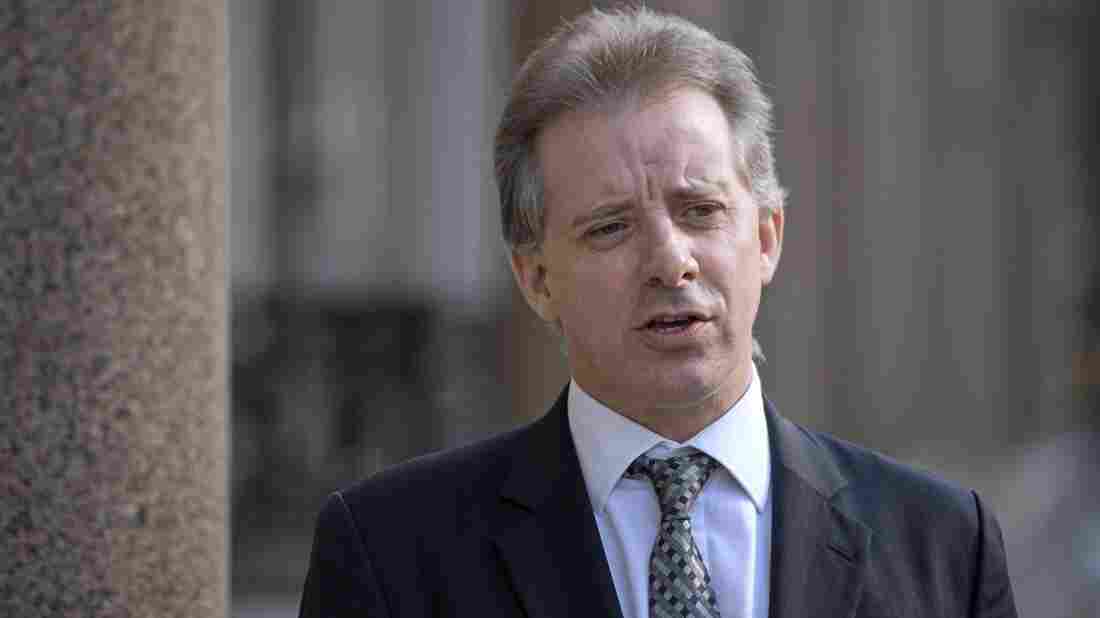 Democrats are saying there was no reason to doubt the dossier compiled by former British intelligence officer Christopher Steele because he was known to U.S. intelligence officials and a trusted source. Victoria Jones/AP hide caption 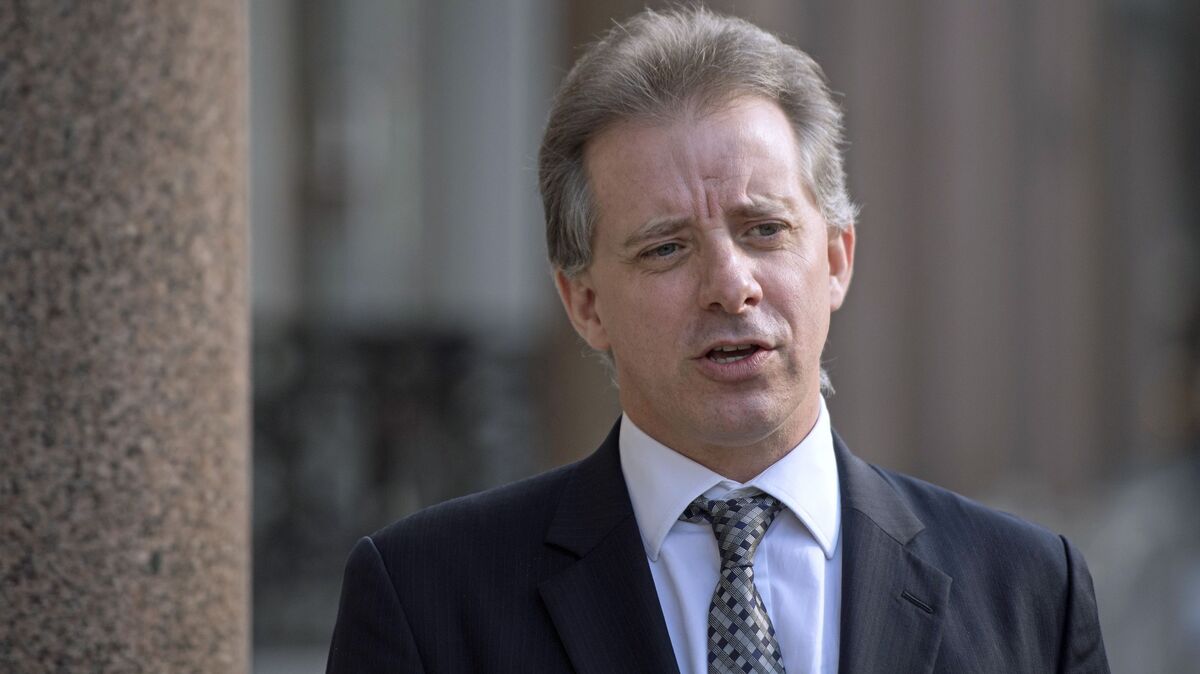 This week in the Russia investigations: Democrats defend Christopher Steele — for now — but lose Round 2 of memo mania; and the bosses of the spy agencies are due for a rare public appearance on Capitol Hill.

The potential case for collusion has always been bigger than the infamous, unverified Russia dossier.

President Trump and his aides deny they had anything to do with the attack on the 2016 election. Trump himself has gone back and forth since taking office about whether he accepts it even took place.

All the same, many Trump aides and advisers did have contact with Russians before and after Election Day. Two have pleaded guilty to lying to the FBI about that and are cooperating with investigators.

And even though no one knows how reliable the dossier is, nobody has completely debunked it either. Democrats, in fact, are counting on that as they respond to the once-classified memo by House intelligence committee chairman Rep. Devin Nunes, R-Calif.

The background: Nunes argues "biased" officials in the FBI and Justice Department abused their surveillance powers. They did so, he charges, by relying on the dossier in asking the Foreign Intelligence Surveillance Court for a warrant to surveil one of Trump's onetime advisers, Carter Page.

One problem, Nunes wrote, is that the dossier was "minimally corroborated." Also, the author of the dossier, Christopher Steele, was politically biased: He told a Justice Department interlocutor that he "was desperate that Donald Trump not get elected and was passionate about him not being president," the Nunes memo says.

The response, Part 1: There's a legal thread here and a political one. First, the law.

Democrats, led by House Judiciary Committee ranking member Jerrold Nadler of New York, said there was no reason for a Foreign Intelligence Surveillance Act court to reject any of the material about Steele's dossier on which it was briefed.

The Democrats' case is designed to quash the notion that the FBI got improper or inadmissible evidence from its surveillance. Several FBI and Justice Department leaders including the current deputy attorney general, Rod Rosenstein, signed applications to reauthorize warrants to monitor the communications of Page, who traveled to Russia at least twice in 2016.

The legal undercurrent of Nunes' contention against the FBI and DOJ is that whatever the feds collected on Page was "fruit of a poisonous tree," as lawyers say, because, in this telling, the warrants were obtained improperly.

If that sounds familiar, it should: Critics made a similar case against Justice Department special counsel Robert Mueller in arguing he had improperly obtained emails from the time of the Trump transition. The special counsel's office defended the procedures it follows in obtaining evidence.

In the case of the FISA warrants, the judges involved apparently had no problems with the evidence either. A FISA court won't renew a surveillance warrant unless it's yielding something, so presumably there was enough evidence from the collection on Page to satisfy the secret court it made sense to keep it going.

The reponse, Part 2: The political case is easier to understand — but also riskier. First, Democrats argue that it doesn't matter that Democrats underwrote a portion of Steele's research or that Steele himself was anti-Trump: "Nothing about the source of Steele's funding or his later opinions about Donald Trump speak to the credibility of his work, or its inclusion in the FISA application," as Nadler put it.

In the public square, however, that obviously does matter. Steele's paycheck was partisan, his sympathies were against Trump, and he told the Justice Department as much.

Second, Democrats argue that although we don't know that Steele's dossier is true, we also don't know that it isn't true. That may be, but it's a perilous sandbar on which to build this structure if more revelations come rolling in — as they often do in this story.

Russia's campaign of "active measures" against the West proves broader all the time. So if it eventually turns out that some or all of what Steele wrote was in fact misinformation fed by Russia's intelligence services, or simply "honestly" wrong, for lack of a better term, Nadler and his compatriots will have hitched their wagon to a bad horse. 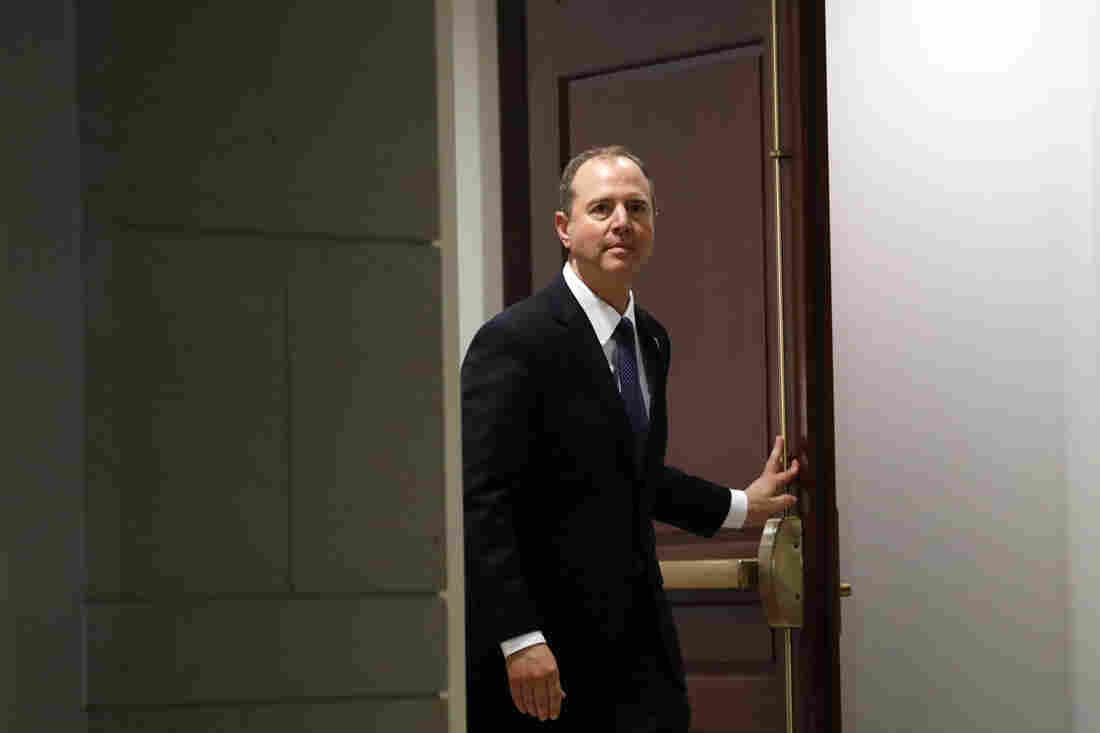 Rep. Adam Schiff, D-Calif., ranking member of the House intelligence committee, arrives to speak with the media after a closed-door meeting of the committee on Capitol Hill this week. Alex Brandon/AP hide caption 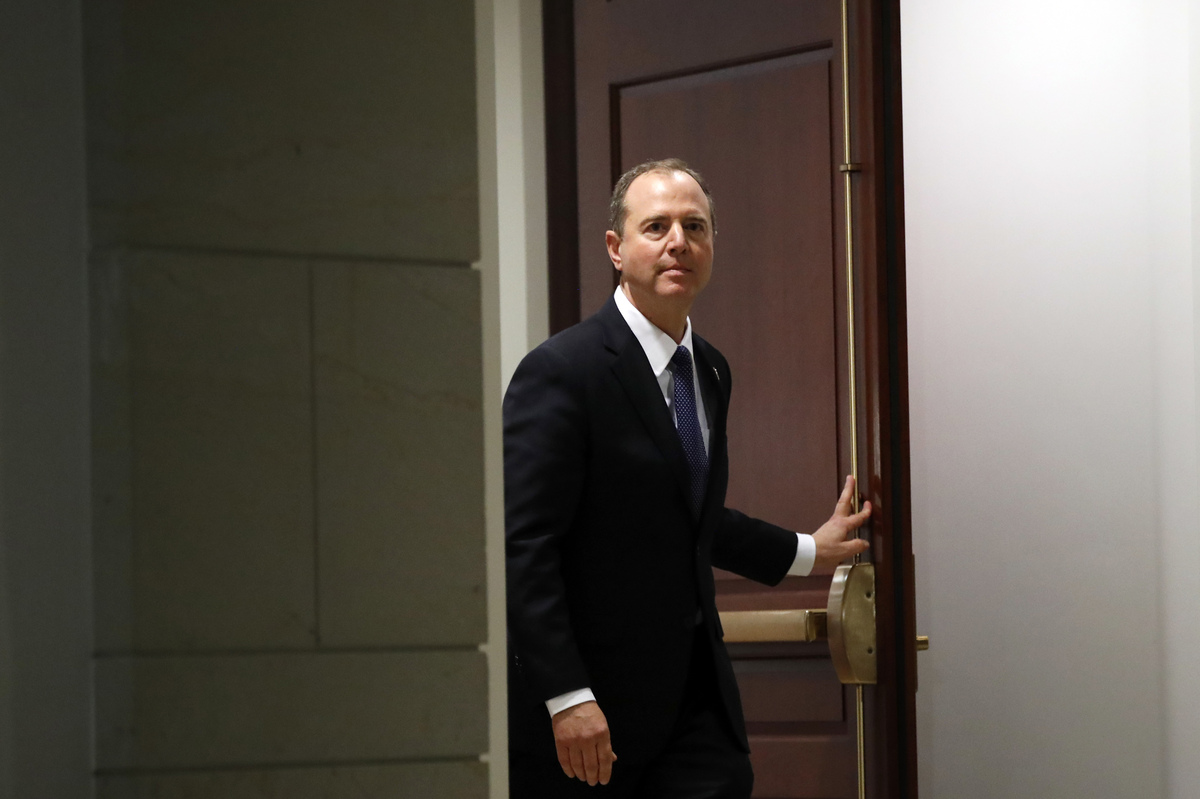 Rep. Adam Schiff, D-Calif., ranking member of the House intelligence committee, arrives to speak with the media after a closed-door meeting of the committee on Capitol Hill this week.

The Senate Judiciary Committee's ranking member, Sen. Dianne Feinstein, D-Calif., joined the defense of Steele on Friday by objecting to the "criminal referral" that had been submitted against him by Republican Sens. Chuck Grassley of Iowa and Lindsey Graham of South Carolina, who are on the committee.

The defense campaign was expected to continue Friday with another memo by the House intelligence committee's ranking member, Rep. Adam Schiff, D-Calif. It was drafted as a dedicated rebuttal to Nunes' memo. Republicans and Democrats voted without opposition on Monday to release it — but late Friday, the White House said it was blocking its release.

White House counsel Don McGahn wrote in a letter to House leaders and Schiff that there was too much classified information in Democrats' countermemo. That was always going to be part of the game, and the question in Washington, D.C., all week had been whether Trump might block it altogether or release a highly redacted version.

Democrats cried foul. The FBI and Justice Department didn't want Nunes' memo out either, Schiff complained. Senate Minority Leader Chuck Schumer, D-N.Y., said the decision exposed the White House's hypocrisy and made Trump look as though he was trying to hide something.

"The rationale for releasing the Nunes memo, transparency, vanishes when it could show information that's harmful to him," Schumer said. "Millions of Americans are asking one simple question: What is he hiding?"

The public might still get to see the countermemo in some form. McGahn wrote that if Schiff and his fellow Democrats wanted to recast it and try again, the White House said it would make Justice Department officials available to help with the edit. Schiff said House intelligence committee Democrats look forward to that work.

These are, by all public appearances, very bad times in the intelligence business.

The CIA and its siblings had warnings early on about the Russian attack on the 2016 presidential election, but their response was arguably slow and uncoordinated. The FBI's ongoing problems remain front-page news. But it's even worse than that.

Human sources overseas have been killed. The National Security Agency has been rocked by leak after loss after scandal. The Defense Intelligence Agency was blindsided by North Korea's progress on its nuclear missile program. And those are only the stories that make it into the press.

There's another problem closer to home. The white-hot politics of the Russia imbroglio may have effectively ended the House intelligence committee's ability to oversee its retinue of agencies. The Republicans are walling out the Democrats. People inside the spy world are wondering whether they can trust the committee with their secrets.

Against this rosy backdrop, the Senate intelligence committee has convened its annual hearing with the leaders of the spy agencies on Tuesday. Leading off the witness list is the seldom-seen Director of National Intelligence Dan Coats and joining him will be CIA Director Mike Pompeo, FBI Director Christopher Wray and several other heavyweights.

Coats and his compatriots will try desperately not to make any news beyond their boilerplate warnings about how the number of threats facing the United States is more broad and complex than ever, but the real show will start once the opening statements have concluded.

The myriad problems among the spy agencies and the inescapable Russia imbroglio will mean that eyes in the capital will be glued to C-SPAN to see what emerges next.