Accessibility links
50 Years After The Orangeburg Massacre, Survivor Seeks Justice In South Carolina Fifty years ago this week, three people were killed and more than 20 wounded during a demonstration against racial segregation in Orangeburg, S.C., in what became known as the Orangeburg Massacre. 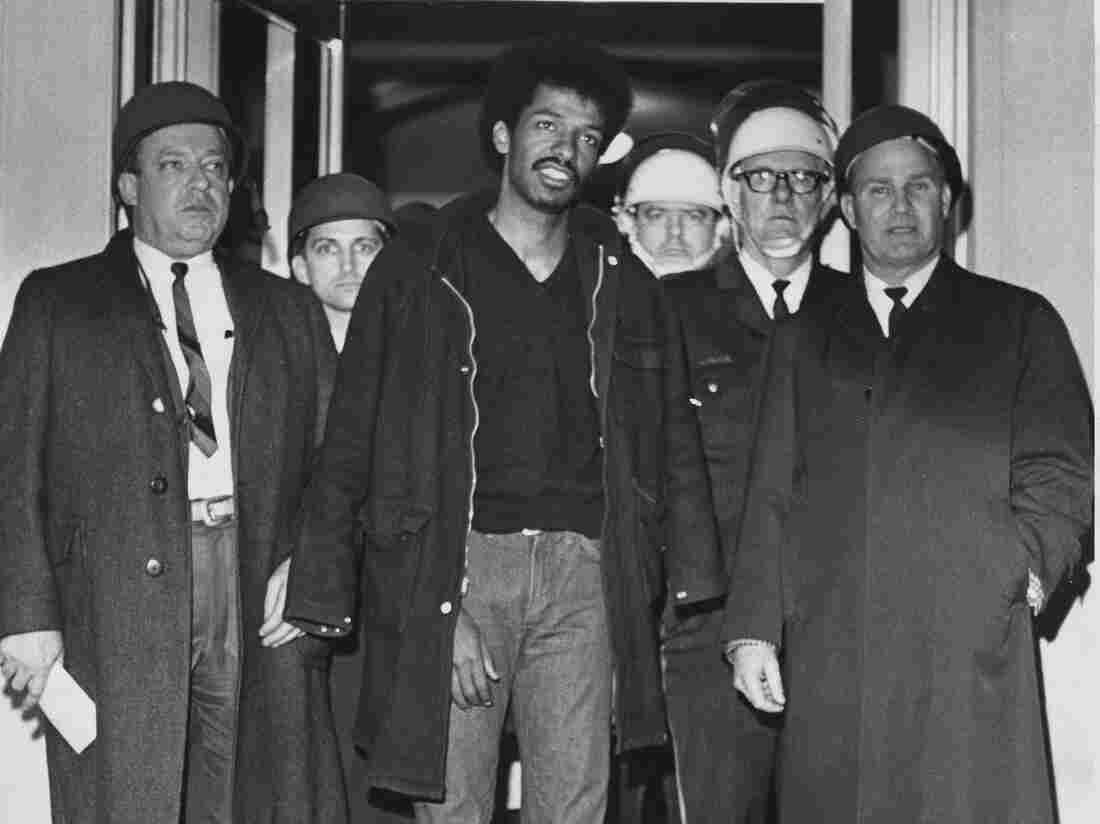 Cleveland Sellers, center, stands with officers after his arrest in Orangeburg, S.C., where three were killed and others wounded during a demonstration on Feb. 9, 1968. AP hide caption 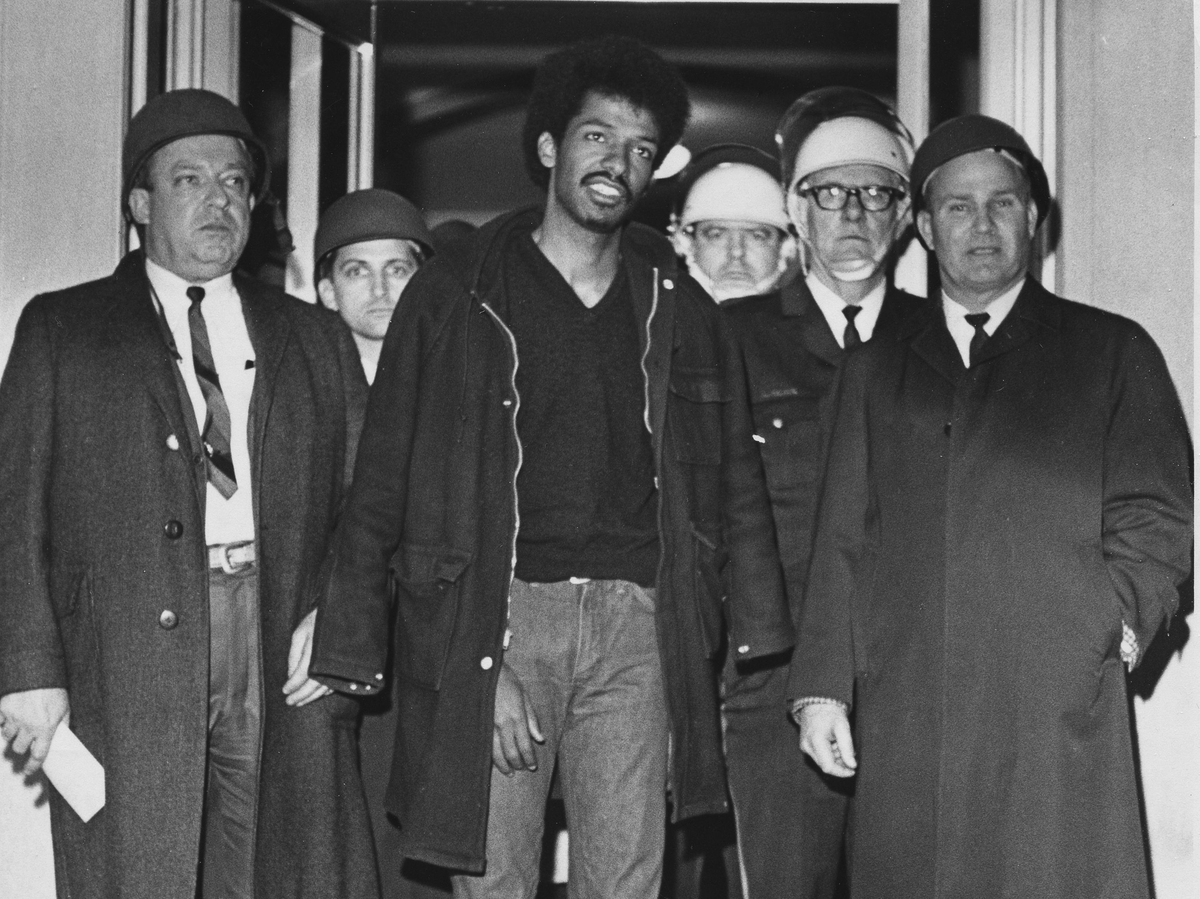 Cleveland Sellers, center, stands with officers after his arrest in Orangeburg, S.C., where three were killed and others wounded during a demonstration on Feb. 9, 1968.

Fifty years ago this week, three people were killed and more than 20 wounded during a university demonstration against racial segregation at a bowling alley in South Carolina.

"In 1968, four years after the civil rights bill was passed, the owner of the bowling alley put up a sign in the window saying 'members only,' " recalls Cleveland Sellers, a civil rights coordinator, who recently spoke with South Carolina Public Radio. He was shot during what would become known as the Orangeburg Massacre.

Sellers said that the "members only" sign caught the eye of students at the historically black South Carolina State University.

"The students at South Carolina State had a long and very rich history of engagements in civil rights activities," he said. "So it was like waving a red flag in front of the students."

Tensions had already been high after multiple days of protests when Sellers arrived on campus to talk to the students. He wanted to try and help avoid conflict with the police. But when he got there, the police had already drawn their guns.

"When I got to the group that's when, you know, the firing started up," he said. "And it was just popping and shooting — you could smell the gunfire. And I got hit. When I went down, I almost did a spread eagle, almost like a belly flop getting onto the ground. And I could also hear the students saying, 'Help me, I've been hit, I'm shot.' "

But Sellers went to prison on trumped up riot charges. He was pardoned 25 years later. Sellers says misinformation at the time — like reports of student gunfire — convinced many people that the police acted correctly. There has never been an official state investigation into what happened that night.

"Justice was not served and still has not been served," Sellers says. "I keep being hopeful that someone will come along and get the state to look at the Orangeburg Massacre. Let's get the truth straight and do what we need to do to deal with the pain and move on to a point where we can get past this."

Until then, Sellers says the Orangeburg massacre will remain an open wound.

Tut Underwood is a reporter with South Carolina Public Radio.