Accessibility links
Ex-Trump Campaign Adviser Papadopoulos Was More Than A Coffee Boy, Fiancee Says Simona Mangiante is defending her future husband, George Papadopoulos, and is telling a much different story than the one coming from the White House and from allies of President Trump. 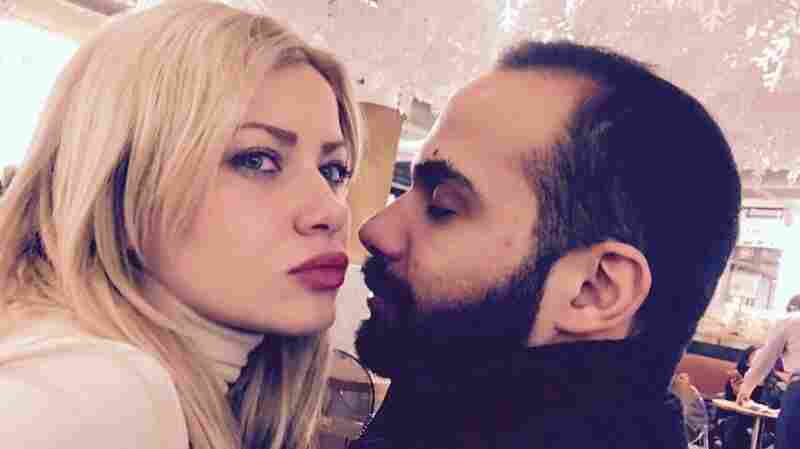 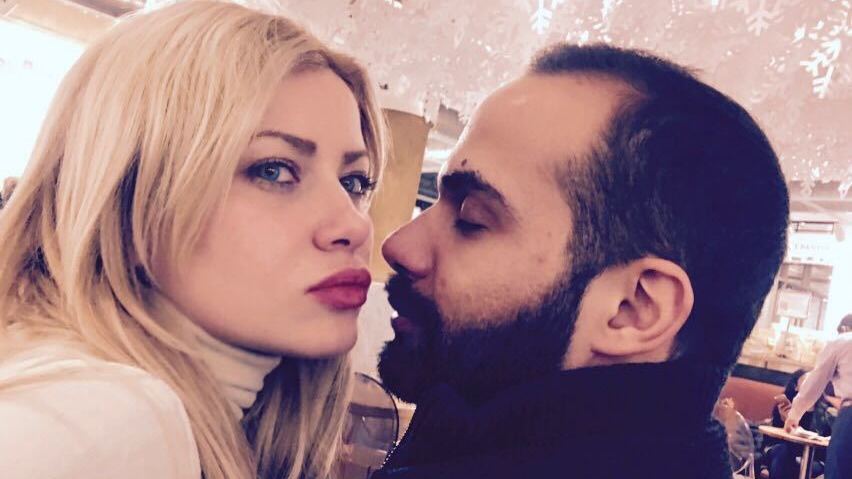 Ever since Justice Department special counsel Robert Mueller unveiled charges against George Papadopoulos, a former foreign policy adviser to the Trump 2016 presidential campaign, the White House has insisted Papadopoulos played an unimportant role in the campaign.

According to court papers, Papadopoulos was told in April 2016 that Russia had "dirt" on Hillary Clinton in the form of "thousands of emails." As the world found out later, that information was true. The meeting took place shortly after John Podesta's Gmail account was breached, in addition to the earlier hack of the Democratic National Committee.

But after the charges became public, the White House immediately distanced itself from Papadopoulos.

"He was somebody that played a minimal role, if one at all," press secretary Sarah Sanders said last fall.

More recently, Rep. Devin Nunes, R-Calif., the chairman of the House intelligence committee and an ally of the Trump White House, told Fox News that Papadopoulos "never even had met with the president."

This is false. Then-candidate Trump tweeted a photo of a foreign policy meeting with several advisers, including Papadopoulos. Nunes' recently released memo also makes clear that the FBI began its investigation into Russia's interference in the 2016 presidential race and possible connections between Russia and the Trump campaign because of Papadopoulos.

Papadopoulos himself has not spoken publicly since he pleaded guilty to lying to the FBI, leaving the administration's narrative more or less unchallenged.

But his fiancee, Simona Mangiante, has decided to defend Papadopoulos whenever journalists will listen, and is telling a much different story than the one coming from the White House.

"I felt this frustration for him," Mangiante tells NPR's Embedded. "And that's why I accepted to speak."

A meeting over LinkedIn

Mangiante is from Italy, and she first met Papadopoulos after the presidential campaign, when Papadopoulos sent her a message on LinkedIn. Mangiante and Papadopoulos had both briefly worked at the same office in London — the London Centre for International Law Practice — though at different times. That office was run by the "professor" described in court papers filed by the special counsel's office, a man later identified as the Maltese academic Joseph Mifsud.

Mifsud has previously worked in Malta's foreign ministry and ran a university in Slovenia.

He has denied any connections to the Russian government and denied ever telling Papadopoulos about "dirt" on Hillary Clinton, but since the fall, he has largely disappeared. He did not respond to NPR's requests for comment.

Mangiante's story is now providing new detail about Mifsud, but she acknowledges that he remains mysterious even to her.

Mangiante first got to know Mifsud when she worked as a legal adviser to the European Parliament, and he recruited her.

"He was interested to hire young people with political connections," she says, "to have access to their networks."

She says she worked in Mifsud's London office for about three months, but to this day, she does not understand what she was supposed to do at the office. There was "no work agenda," she says, and the office consisted of a single table and a rotating group of people working on their own laptops.

At one point, she says, she was asked to attend a "secret symposium" on Iraq, but the organizers would not tell her key details, like who else would be attending. She received a plane ticket, but decided not to go, given the secrecy.

She also says she was never paid for her work, and after three months, she decided to leave. (Mangiante shared her resignation letter with NPR, where she mentions the lack of pay.)

For nearly a year, Mangiante says her experience with Mifsud remained a bit of a mystery. But now that the U.S. government alleges that Mifsud had connections to the Russian government, she says "it makes sense."

Since the allegations came out, the London Centre for International Law Practice appears to have shut down. When NPR's Frank Langfitt recently tried to visit the office, he was turned away.

Mangiante says her relationship with Papadopoulos began around April 2017, and it was "love at first sight." A few months later, after a European vacation the young couple took, Papadopoulos was arrested after arriving at Dulles International Airport in the Washington, D.C., area. He later entered a guilty plea for lying to the FBI and is cooperating with authorities.

Mangiante says she has also been questioned by federal agents.

She says she cannot speak on behalf of Papadopoulos, on the advice of his lawyers. But she wants to correct the record about her fiance and his role on the campaign, which she says was much larger than the White House claims.

For one, Mangiante confirmed to NPR that Papadopoulos organized a meeting between Donald Trump and the president of Egypt during the campaign, a story first reported by The New York Times.

"I never heard of anybody bringing coffee and organizing meetings with presidents," she says.

She also confirmed that Papadopoulos helped edit Donald Trump's April 2016 foreign policy speech, where Trump said, "I believe an easing of tensions and improved relations with Russia — from a position of strength only — is possible. Absolutely possible."

When NPR asked if everything Papadopoulos did during the campaign was authorized by the top levels of the campaign, she responded unequivocally:

She also says it will be "easy to prove" how significant Papadopoulos' role was, because "all of his communication, professional communication with other people with the campaign, [was] via email."

Once Papadopoulos is sentenced for lying to the FBI, Mangiante says, he will finally be able to tell his side of the story. "After sentencing, he will definitely talk," she says. "And he will say everything I can't say."

In the meantime, she is spending time with Papadopoulos in his hometown of Chicago.

And she recently made a new purchase.

"I bought for George a coffee machine," she says, "and he was laughing at me. I said, 'Look, I cannot just go and say you're not a 'coffee boy,' you have to do something for me now!"