Accessibility links
'70s Rockers Fanny Are Back With A New Album And New Stage Name Fanny is one of music's lost legendary entities, often invoked but seldom playlisted. The band's first song in 44 years conveys the same effervescent spirit.

Songs We Love: Fanny Walked The Earth, 'Lured Away'

Songs We Love: Fanny Walked The Earth, 'Lured Away' 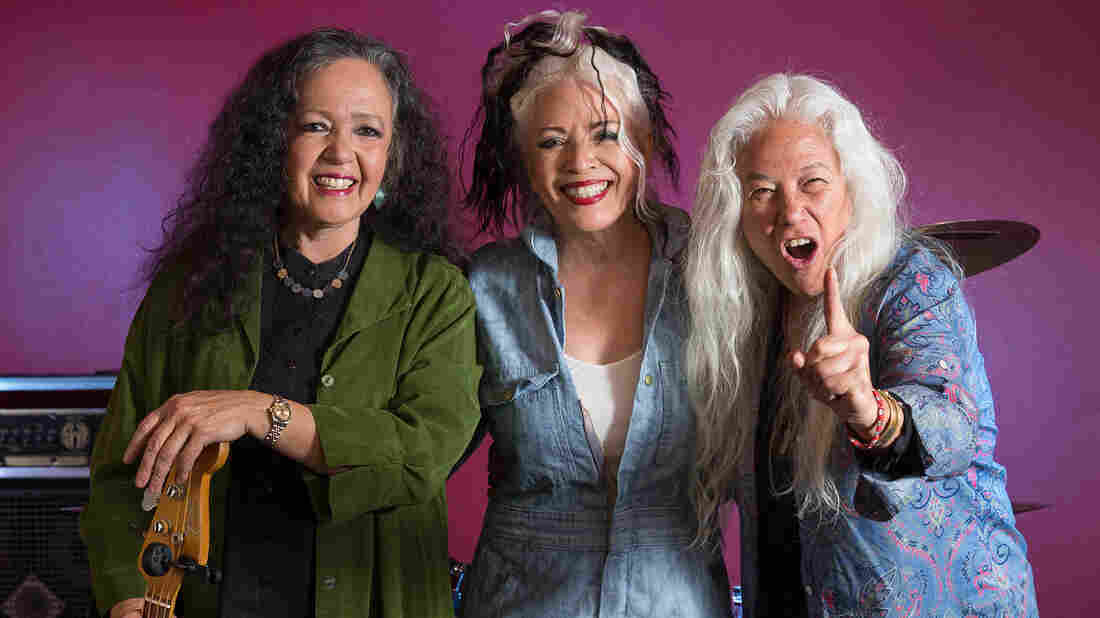 "All those years of life experience, time on our instruments, having shared our history together and apart, led to the stories written about on this record," says Brie Howard. Marita Madeloni /Courtesy of the artist hide caption 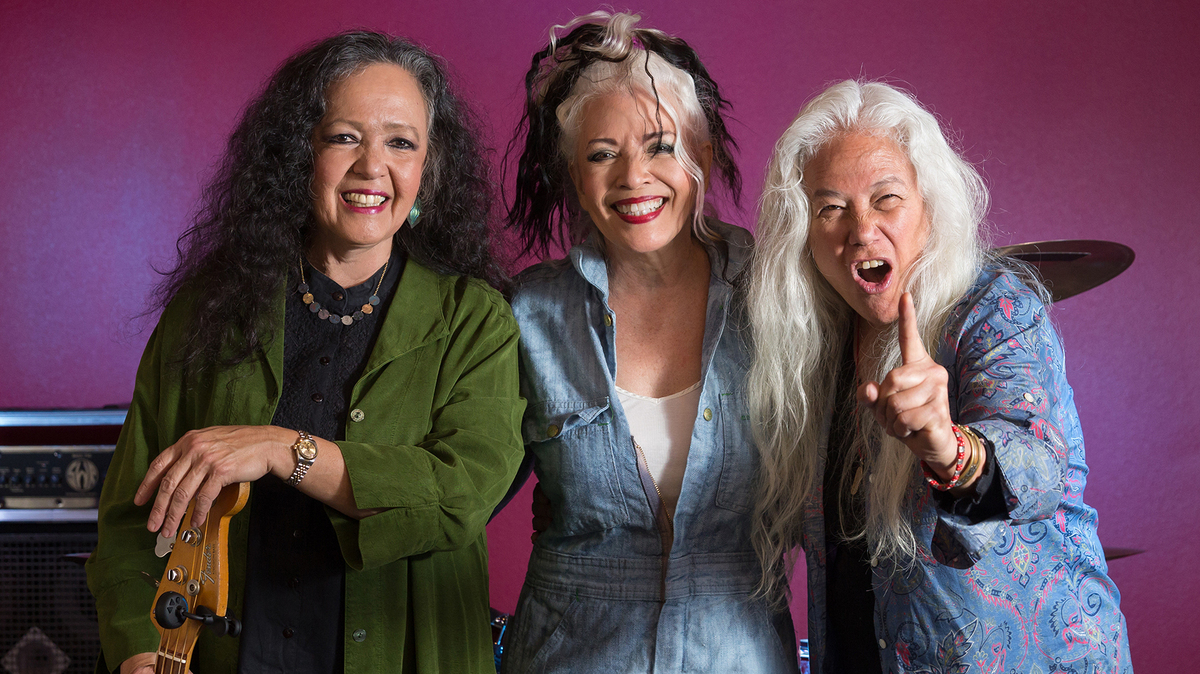 "All those years of life experience, time on our instruments, having shared our history together and apart, led to the stories written about on this record," says Brie Howard.

Marita Madeloni /Courtesy of the artist

Fanny is one of music's lost legendary entities, often invoked but seldom playlisted. The band, a vital part of the Los Angeles rock scene in the early 1970s, was the first all-woman ensemble to release albums on a major label. Sisters June and Jean Millington formed the core of the group, with June on adventurous electric guitar and Jean on the Beatles-esque bass. Formed from the velvet ashes of the sisters' teenage touring band the Svelts, Fanny was a showcase for the swagger of long-haired, bell-bottomed, fierce femmes at the dawn of the women's liberation movement.

With June tossing off solos with improvisational grace, keyboardist Nickey Barclay adding audacious class on keyboards and Jean's funky basslines leading the way to the dance floor, Fanny was as passionate as Laura Nyro and as cool as Little Feat. Yet maybe because the band never did have a big hit single, its story is now better known than its music. Now, the Millington sisters, along with original Svelts and once-and-future Fanny drummer and vocalist Brie Howard (Alice de Buhr was also a Fanny member), are out to correct that with a reunion — and a whole new album of original music — as Fanny Walked The Earth.

Jean and June Millington have continued to play music together over the years while also forging separate paths. June also co-founded the Institute for Musical Arts in Western Massachusetts, a recording and retreat complex supporting women musicians at all stages of their careers. Brie Howard's life beyond music has included motherhood, an impressive career in film, many songwriting credits and a custom cake business. She has been in two bands since leaving Fanny, American Girls and, with her husband David Darling, Boxing Gandhis. (See her rocking some killer percussion in this video.) Howard answered the Millington sisters' call to reunite in early 2016, and things just felt right.

"The minute we finished the first song during rehearsal, we all knew we sounded pretty f****** great!" Howard says in a recent email exchange.

A short video Howard posted to Facebook garnered the attention of Blue Élan Records president Kirk Pasich. "He had all the Fanny albums in his record collection," Howard says. "The deal was offered." 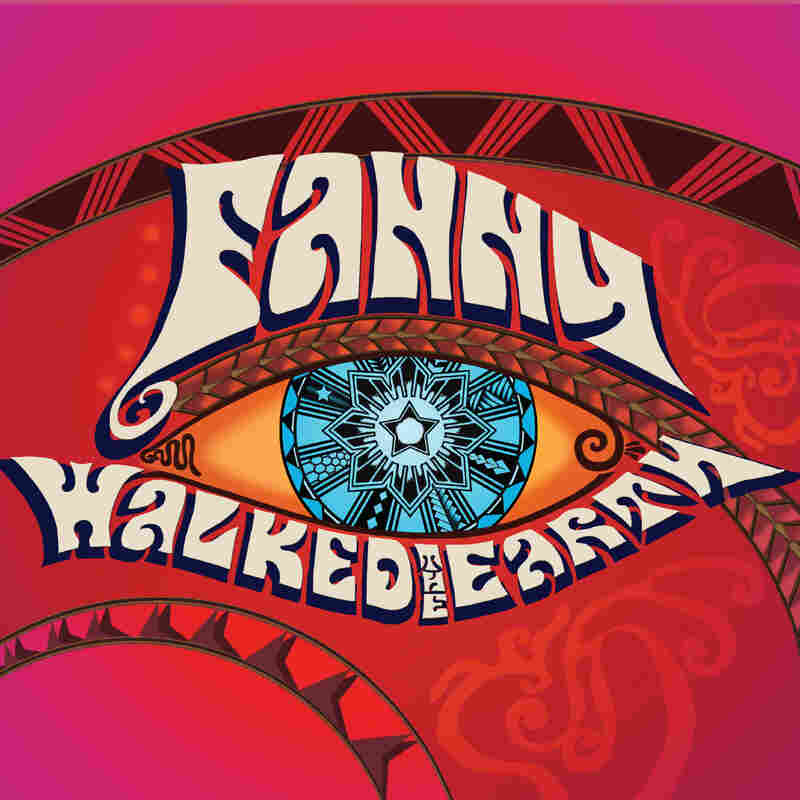 The songs on Fanny Walked The Earth, to be released March 2, came from fruitful jams among the three women. "They weren't written with a particular approach in mind," says Howard. "It had been 50 years since we first played together. All those years of life experience, time on our instruments, having shared our history together and apart, led to the stories written about on this record. There's a huge difference in what there is to write about now than when we were in our teens and early 20's."

You've Got A Home: June Millington's Lifelong Journey In Rock

Though on a major label, Reprise, the original Fanny operated in ways that prepared the Millingtons and Howard for today's free-for-all music business environment. The Svelts, in fact, were one of the only all-female garage rock bands on the West Coast, rogue warriors holding their own in a sometimes rough club scene.

"Being in a band in the '60s taught me self-sufficiency," Howard explains. "We were our own roadies, sound crew, manager, booking agent, funders, transportation, publicity! I drew and painted our posters in 1966 and designed and created our album artwork."

Howard wrote half of the band's new album and helped direct the video for "Lured Away," the band's first song in 44 years. "I still have a 'get it done yourself' attitude about many things. We're busy on social media, fully immersed on as many levels as we can be."

Fanny Walked The Earth conveys the same effervescent spirit the 1970s Fanny possessed; these women see no need to sit on stools and wax gentle about their position as rock 'n' roll elders. Having influenced bands from The Runaways to The Bangles, Fanny is ready to be heard by listeners ready to rediscover its uniquely welcoming jams.

Howard says the trio is eager to tour; the new songs were designed to be experienced live. "On the new record," she says, "you can expect to hear three very fortunate women who have earned the opportunity to continue kicking ass!"