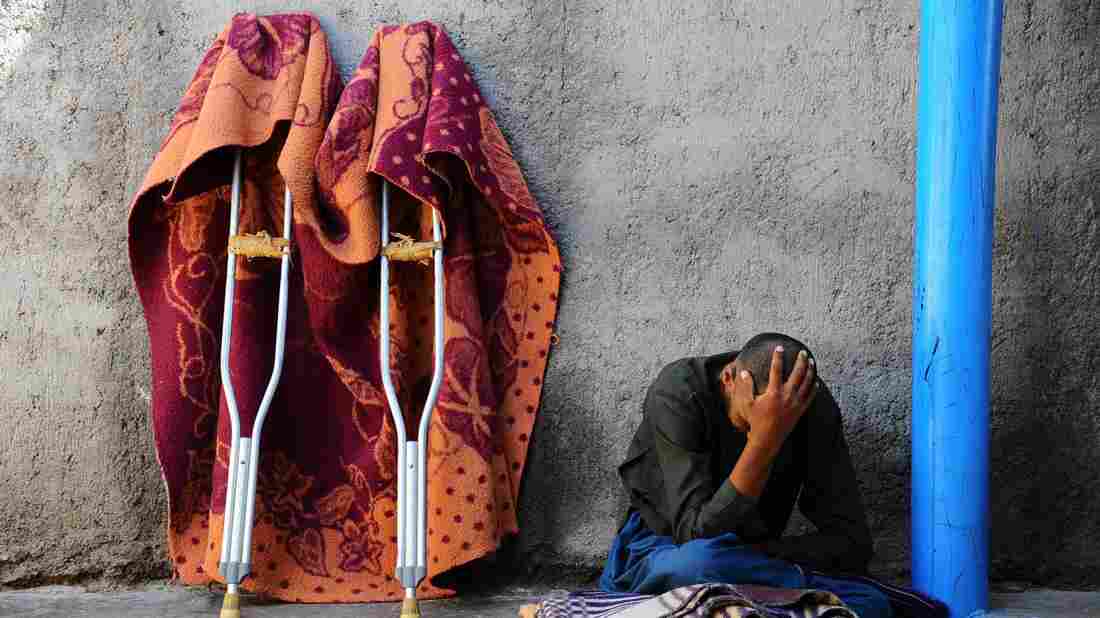 An Afghan patient sits in a yard at the only mental health rehabilitation center in the city of Herat in April 2014. Aref Karimi /AFP/Getty Images hide caption 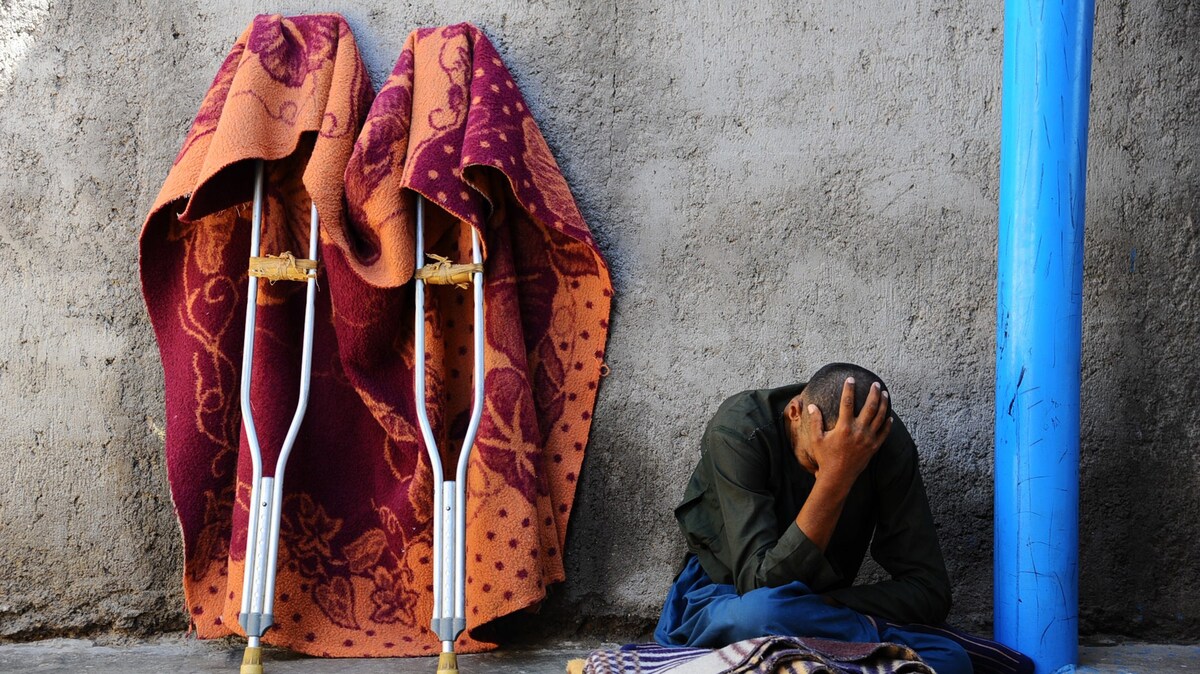 An Afghan patient sits in a yard at the only mental health rehabilitation center in the city of Herat in April 2014.

While accurate data on mental health issues are not available in Afghanistan, the World Health Organization estimates more than a million Afghans suffer from depressive disorders and over 1.2 million suffer from anxiety disorders. The WHO says the actual numbers are likely much higher. The mental health toll signifies a hidden consequence of war that is often overshadowed by bombed-out buildings and loss of life.

Afghanistan has only one high-security psychiatric facility, where many of the patients are often chained and sedated. The Red Crescent Secure Psychiatric Institution houses almost 300 patients considered to be the "most dangerous," says Sahar Zand, a reporter for the BBC who reported from the facility in Herat, the third-largest city in the country.

While some patients in the hospital showed symptoms of mental health problems in childhood, "the majority of people are actually in there because they have developed psychological problems during the war because of Afghanistan's recent history," she tells Here & Now's Lisa Mullins.

There are few treatment options in Afghanistan for those with mental health issues, according to the World Health Organization. The government has recently stepped up efforts to train and employ mental health professionals, but there are still barriers to treatment, such as the cultural stigma surrounding mental illness.

"There is an urgent need for increased investment towards supporting mental health interventions in Afghanistan to ensure support is available for people with mental health disorders," Dr. Richard Peeperkorn, a WHO representative for Afghanistan, said in a statement last year. "We need to treat mental health with the urgency it deserves."

Some people in the Red Crescent psychiatric hospital say they shouldn't even be there, Zand says, but because there is a lack of adequate outpatient mental health services, they remain.

"I'm not crazy. I'm sane," one woman told Zand. "What am I doing in this madhouse? It's horrible. I beg you to get me out of here."

It's hard to be accepted into the hospital, but it's even harder to get out once patients receive sufficient treatment, Zand says. Many patients are stuck in the hospital because their family was either killed in the conflict or migrated to neighboring countries, such as Iraq and Pakistan. More than 2.5 million of the world's refugees are from Afghanistan, the second-largest refugee population behind Syria, according to World Bank data.

"Even thinking about it now — it still sends shivers down my spine — is the fact that some of the patients in there are actually cured," Zand says. "As long as they take their medication, they would no longer be a threat to the society. ... But for these patients to get discharged, somebody needs to come and pick them up."

How Do You Help Refugees Who Are Too Traumatized To Talk?

As a result, patients with severe psychological problems, such as psychosis, schizophrenia and post-traumatic stress disorder, who could thrive outside of the hospital, are "basically stuck in there forever," she says.

Among the patients are former terrorists, militants and others who lost family members in the conflict, Zand says. They come from all different walks of life, but most of them are in the hospital as a direct result of the war.

In an outdoor courtyard, Zand met two men who were chained together: a former Taliban fighter and his enemy, a former mujahideen. The two men are bound together by their illnesses, she says.

"No matter who you are, where you come from, what your religion, ideology, race, whatever it is, war is ugly, and it doesn't just leave behind destroyed buildings or corpses," Zand says. "It leaves behind a long-term effect on people's minds. And this is something that gets passed down generations and can actually have very long-term, horrific effects."