Accessibility links
4 Big Questions Raised By White House Scandal Over Rob Porter, Domestic Abuse The ouster of Rob Porter amid domestic violence allegations did nothing to quell the mysteries around his case, including the president's attitude toward victims of abuse. 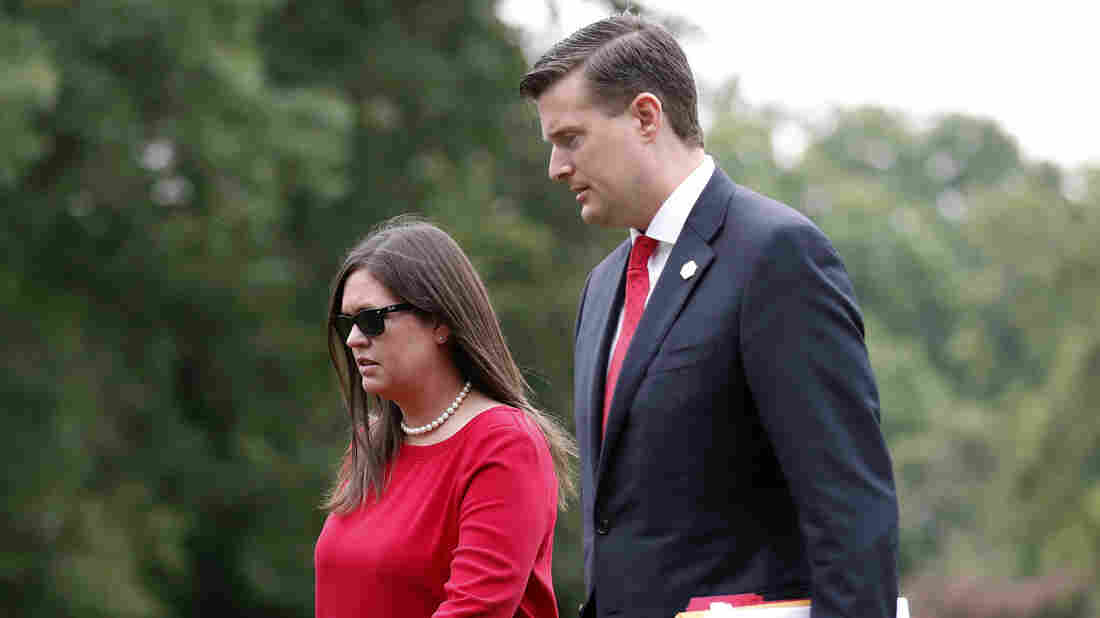 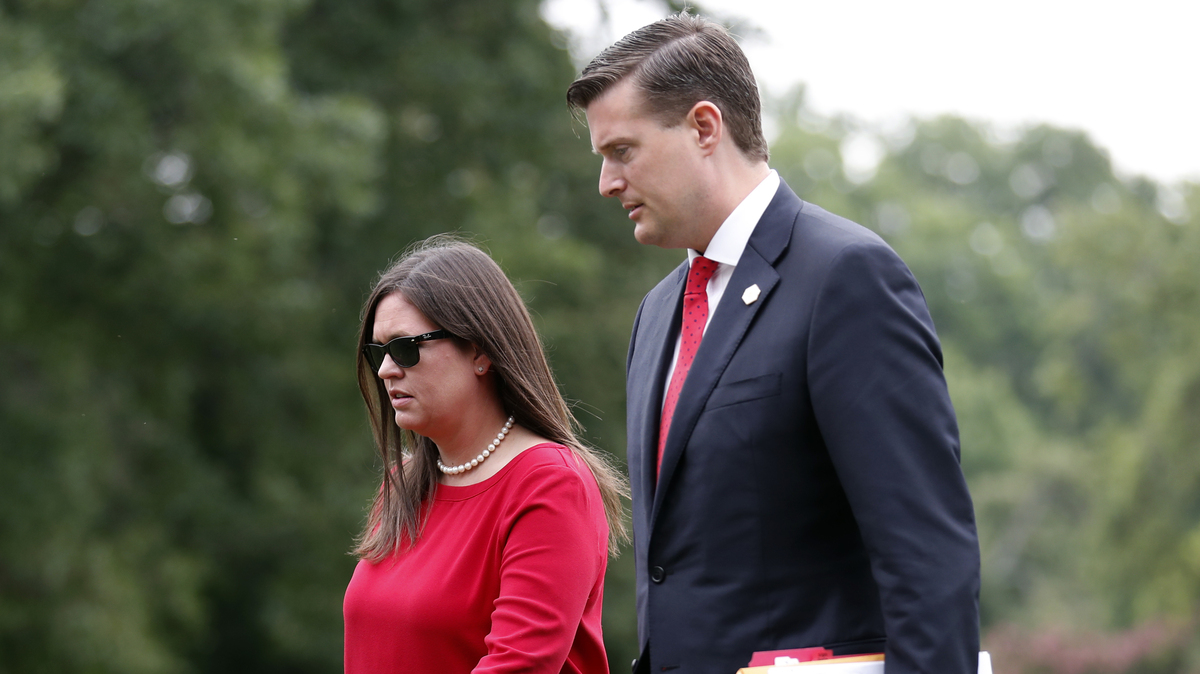 It has been more than a week since the first reports emerged about alleged domestic abuse by White House staff secretary Rob Porter. Porter denied the allegations but resigned a day later, last Wednesday. Yet, the scandal over his departure has not waned.

He was consistently at President Trump's side, charged with handling the flow of paper to the president, including sensitive information, while holding an interim security clearance. It's still not clear exactly which top White House officials knew what and when about the allegations against Porter.

But there are plenty of other big questions, too.

1. Where is President Trump on domestic abuse issues?

Donald Trump has been remarkably silent about the core issue of this scandal — domestic abuse.

He has passed up several opportunities to respond to reporters' questions about whether he believes Rob Porter's two ex-wives' stories, and he hasn't tweeted about those women either.

He has expressed his support and admiration for Porter. "We certainly wish him well. It's obviously a very tough time for him," Trump said, while adding hope that Porter has a great career in front of him.

The president also tweeted, without mentioning Porter by name, how horrible it is that "Peoples [sic] lives are being shattered and destroyed by a mere allegation."

That left female staffers like press secretary Sarah Huckabee Sanders and senior adviser Kellyanne Conway to insist that the president supports victims of any type of violence.

"The president is very disturbed by what he sees, absolutely," Conway told CNN, adding that Trump's tweet was "more generic" than the Porter case.

On Tuesday, Sanders even pointed out as evidence that Trump's 2019 budget fully funds the Violence Against Women Act.

The president has also complained about the lack of due process. So far, his interest in due process appears to be partisan. He cared about due process for Alabama Senate candidate Roy Moore, but not for Al Franken (whom he called Al Frankenstein), Huma Abedin (who he said should be in jail), Hillary Clinton (lock her up!), and the Central Park Five (whom he continued to accuse even after they had been cleared by the courts).

2. Will there be lasting political consequences for Trump?

The White House certainly thinks there might be, otherwise why are aides like Conway and Sanders going to such great lengths to portray the president as a champion of victims of domestic abuse?

This isn't simply a he-said-she-said case. As Conway herself pointed out, it's a story of multiple domestic violence allegations, complete with contemporaneous police reports and a photograph of a woman's swollen black eye.

The president has lost support over this year, particularly with women. Depending on how long this scandal drags on, it could have political repercussions in a year when women, particularly Democrats, are super-energized and running for office in record numbers.

3. Why does this scandal feel different from the others?

There have been a lot of scandals in the first 13 months of the Trump White House.

But this one is different. The president has no foil here. He isn't blaming the deep state for Porter's demise, he is not going after the FBI, and he is not even attacking the Democrats.

This is one of the few scandals in a scandal-ridden White House that has been entirely self-generated and self-perpetuated. Even as Sanders and principal deputy White House press secretary Raj Shah have said, "We all could have done better," they also have to answer for chief of staff John Kelly's telling The Wall Street Journal, "It was all done right."

The White House staff seems incapable of getting its story straight. The discipline and order Kelly brought to the operation disappeared in this case. And in this controversy, Kelly himself is a main character, with other White House officials openly undercutting his version of events and the president pushing back on speculation about his future.

4. And yet, why does it feel so familiar?

Once again, the White House is tangled up in knots over a story it could have gotten ahead of. Top officials should have and may have known for months about Porter's problems. Once again, as in the ouster of former national security adviser Michael Flynn, a top White House aide got fired only after the allegations made it into the media.

It's sign of a White House with an insular, bunker mentality where the first instinct is to protect someone who has been loyal, like Flynn, or someone who is competent and professional and that White House officials feel they can't do without, like Porter.