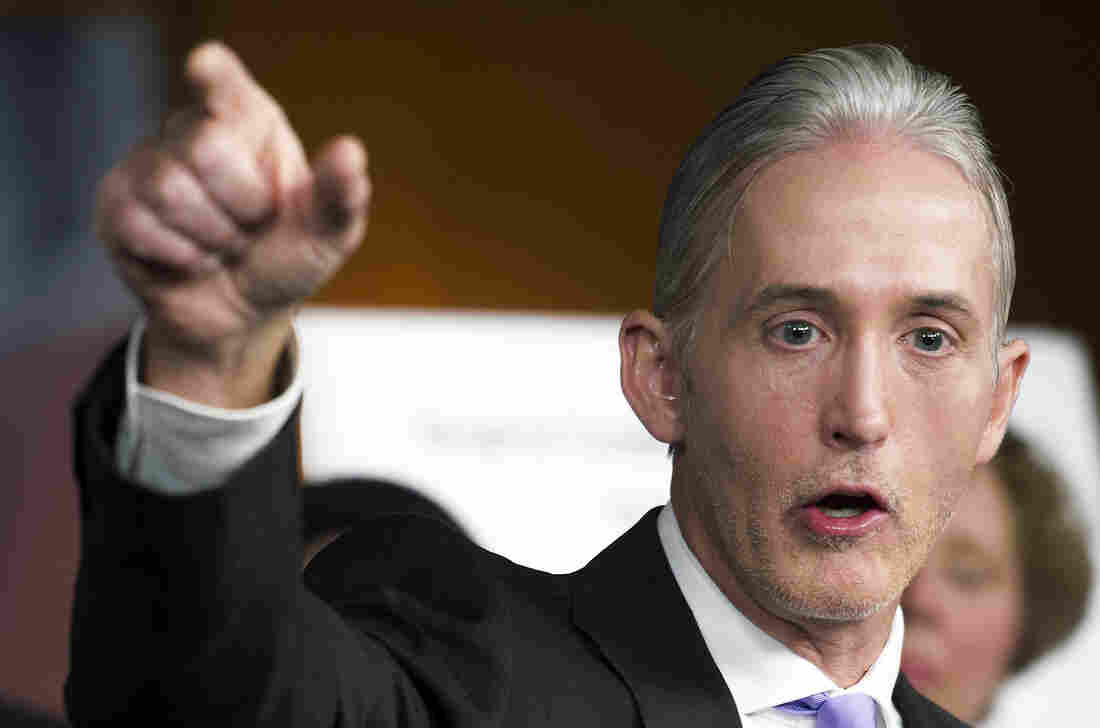 Rep. Trey Gowdy, R-S.C., penned a letter to the White House announcing the House Oversight and Government Reform Committee is opening an investigation into its timeline and handling of a scandal involving a top aide. Cliff Owen/AP hide caption 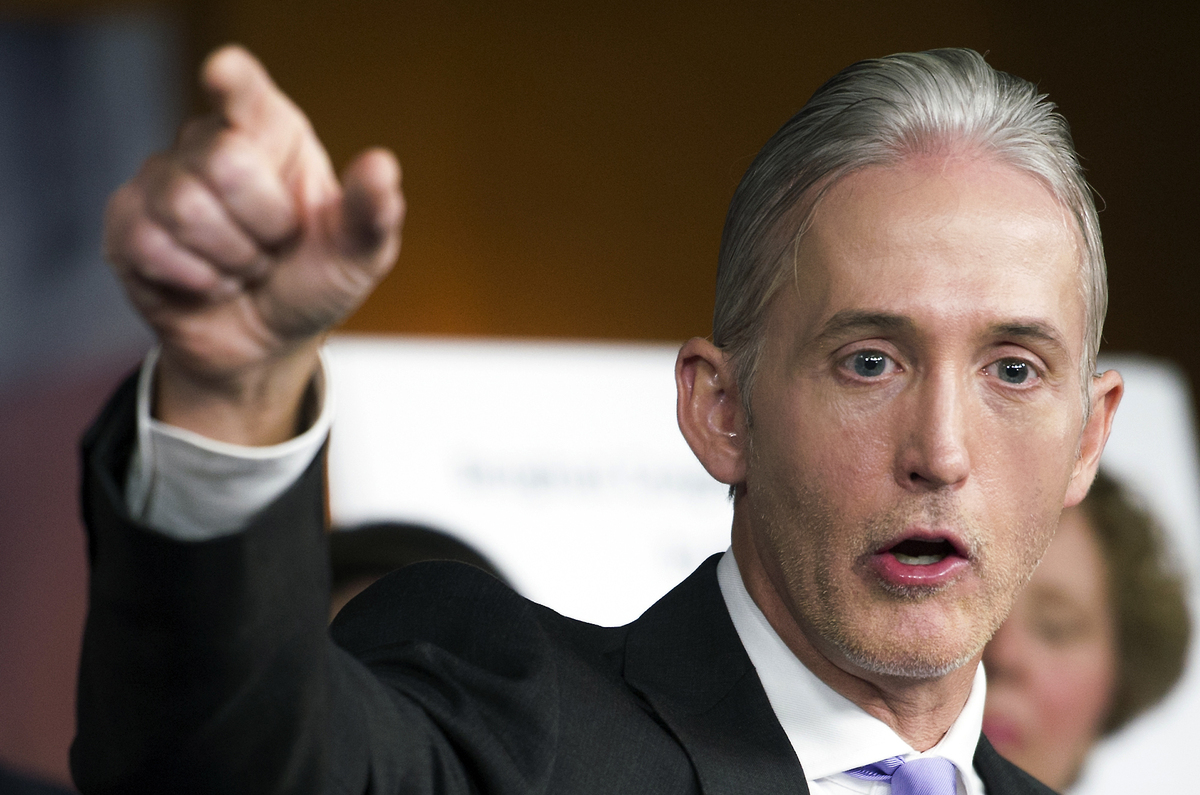 Rep. Trey Gowdy, R-S.C., penned a letter to the White House announcing the House Oversight and Government Reform Committee is opening an investigation into its timeline and handling of a scandal involving a top aide.

The White House's story about who knew what when about accusations of domestic violence against former White House staff secretary Rob Porter has been anything but clear.

Now, House Republicans have decided to open an investigation to get some clarity.

"I'm troubled by almost every aspect of this," House Oversight and Government Reform Committee Chairman Trey Gowdy, R-S.C., said on CNN on Wednesday morning. "How in the hell was he still employed?"

🚨#Breaking: The Committee seeks information regarding the policies and processes regarding interim security clearances within the Executive Branch. pic.twitter.com/5Qf07CFC4g

Gowdy notes in the letter that he wants answers to those and several other questions in two weeks, by Feb. 28.

Even Vice President Pence criticized the White House's handling of the scandal Wednesday.

"The White House could've handled this better," he said during an event in Washington sponsored by the website Axios, per NPR's Tamara Keith. But, Pence added, he has "great confidence" in chief of staff John Kelly.

"John Kelly has done a remarkable job as chief of staff for president of the United States," Pence said, "and I look forward to continuing to work with him for many, many months to come."

Instead of immediately condemning domestic violence, President Trump has twice seemed to defend Porter and another staffer who resigned amid domestic abuse allegations. He tweeted on Saturday, for example, that "lives are being shattered and destroyed by a mere allegation."

On Wednesday — a week after the Porter story initially broke — Trump finally weighed in more directly, telling reporters during a photo op for an event related to the recently enacted tax cut law that he is "totally opposed to domestic violence of any kind, and everybody here knows that."

He reiterated: "I'm totally opposed to domestic violence of any kind. Everyone knows that. And it almost wouldn't even have to be said. So, now you hear it, but you all know."

Unlike most scandals over the first year of the Trump presidency, the Porter one has had staying power. It has been in focus for a week now. And much of that is because of the White House's handling of it.

"We all could have done better," Shah told reporters. But, he added, "The emerging reports were not reflective of the individual who we had come to know."

Often, though, that is the case when it comes to domestic abuse.

Ranking member Elijah Cummings, a Democrat from Maryland, echoed Gowdy in wanting to talk to White House counsel Don McGahn, Kelly, Wray "and others to determine what they knew and when they knew it."

Cummings noted that he is also "extremely frustrated that our [c]ommittee has done nothing over the past year to address the completely dysfunctional security clearance system at the White House."

Porter was serving in the role as staff secretary — a key role as the person responsible for filtering what the president sees and reads — under an interim security clearance.

Wray testified that the FBI had wrapped up its background investigation into Porter last July, but Porter wasn't forced out of the White House until a Daily Mail story was published, and a photo of Porter's first wife with a black eye was made public.

The White House initially seemed to indicate it only recently learned of the allegations and that it took immediate action. Politico reported that once he was briefed on the allegations, Kelly told staff, Porter "was gone 40 minutes later."

But, Politico also reported, that "in the hours immediately after" the first published stories about the allegations," White House press secretary Sarah Huckabee Sanders "hastily arranged an off-the-record meeting in the West Wing with Porter" and influential reporters at which Porter was allowed to relay "his version of events and fielded questions from the group."

That is what is usually done when a White House is trying to circle the wagons and keep someone on board, not fire them.

For Gowdy, though, the White House's slowness to act — and its instinct to defend Porter — is a problem.

"How do you have any job if you have credible allegations of domestic abuse?" said Gowdy, who announced two weeks ago that he was not running for re-election. "Again, I am biased toward the victim."