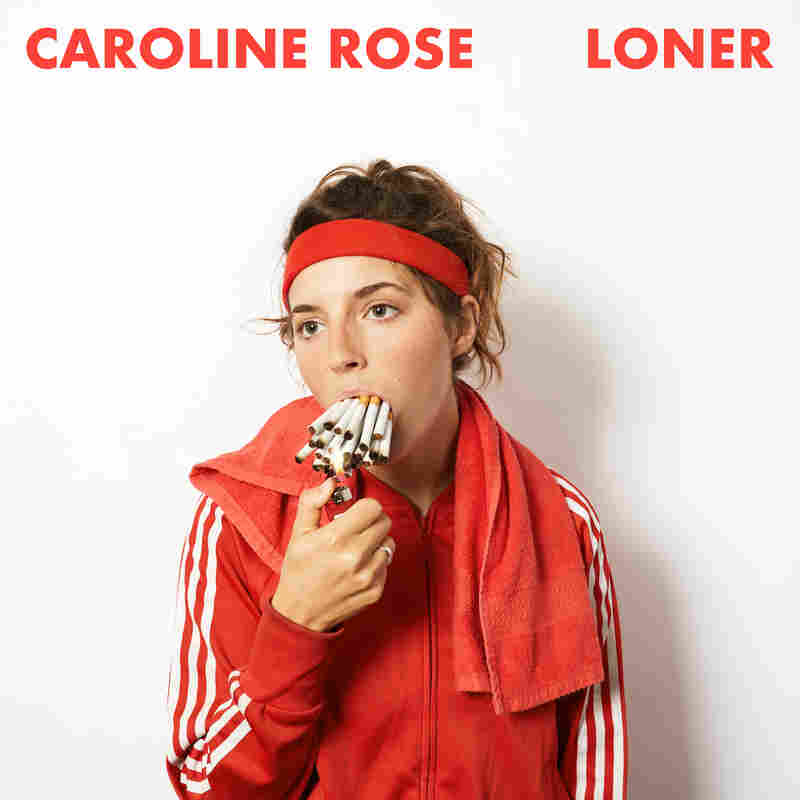 Self-consciousness sometimes leads artists to reevaluate their approaches to music-making. They'll shift in directions they hope will cause their work to be taken more seriously and try to encourage the perception that they're saying things of importance. It's a familiar enough trajectory that Caroline Rose's inversion of it has mischievous appeal.

She first gained notice several years back as a folk singer-songwriter barely into her twenties, surveying her surroundings with troubadour-style keenness, indignation and wit. "I just wanted the words to be taken seriously," she told an interviewer in 2014. "So I tried to make everything else as plain as possible, so that it would make the words stand out more."

In the years since, Rose underwent a process that she blithely described as "dismantling my ego." "[J]ust seeing that things don't necessarily have to be as sacred as you once thought they were is liberating to me," she recently explained to Rookie. And embracing a different set of aesthetic values — more casually irreverent and openly engaged with pop forms — yielded LONER, a very different sort Caroline Rose album. In press materials, Rose claims it was "as much inspired by Justin Timberlake and Britney Spears as it was late '70s punk."

First, Rose set out to become more recording-savvy herself, making room for playful experimentation by learning to manipulate software and synthesizers and to convert instrumental parts into warped electronic sounds. She co-produced these 11 tracks with Paul Butler, who'd previously partnered with Michael Kiwanuka and St. Paul & the Broken Bones. Together, Rose and Butler laid milky guitar arpeggios over a staccato organ pattern ("More of the Same"), toyed with downtempo trip-hop grooves ("To Die Today"), interpolated the spidery, menacing synth lines of peak-era Timberlake ("Animal") and peppered a dystopian surf-rock instrumental with nagging, distorted voices ("Smile!").

Rose has radically altered her relationship to writing lyrics, too, making it both more minimalistic and musical. At times, she uses her words as rhythmic accents and tonal devices. Surveying suburban social scripts from a cool remove during the dance track "Jeannie Becomes a Mom," she deliberately devolves into baby talk: "Ooo little boy go coo coo coo coo coo / Ooo new clothes new shoo-oo-oo-oo-ooes." During the frenetic psychobilly number "Money," she obsesses over capitalistic motivations with a punkish take on a repetitive playground rhyme. In "Cry!" she attaches cartoonish, bullying taunts about female weakness to an acidic power-pop melody.

Even in her folkier days, Rose never confined her singing to a modest, conversational delivery, but she's really flaunting her range now, swaggering, clowning, confiding, chewing her words or enunciating theatrically. In "Getting To Me," her tricky vocal phrasing darts around an antsy, plucked string pattern, evoking how anxiety-provoking it can be to feel both alienated from and acutely attuned to the tiniest interactions in a crowd of strangers. During the dance-rock song "Soul No. 5," she adopts an animated, sing-song, rap-like flow to tease out the tension between reveling in sex appeal and being objectified.

There are lots of legitimate ways to respond to this disorientating and destabilizing moment in American history, when identity politics are bringing about transformative reckonings while the privileged few forcefully defend entrenched systems of power. But Rose has a newly loosed imagination and a flair for exaggerating the absurdities we're living with, and the way she's put them to use is a timely gift.