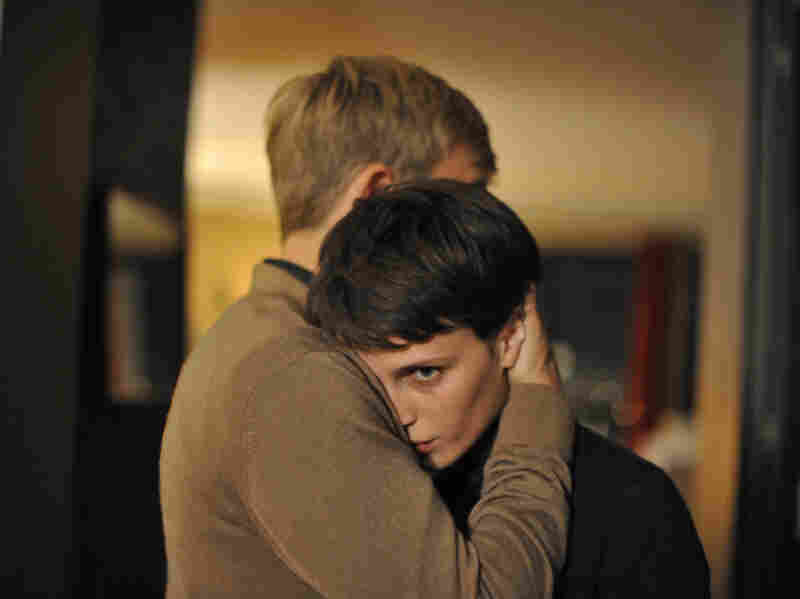 In Double Lover, Chloé (Marine Vacth) falls in love with her psychoanalyst Paul (Jeremie Reiner). As they get closer, Chloé starts to learn some insidious secrets about her lover. /Cohen Media Group hide caption 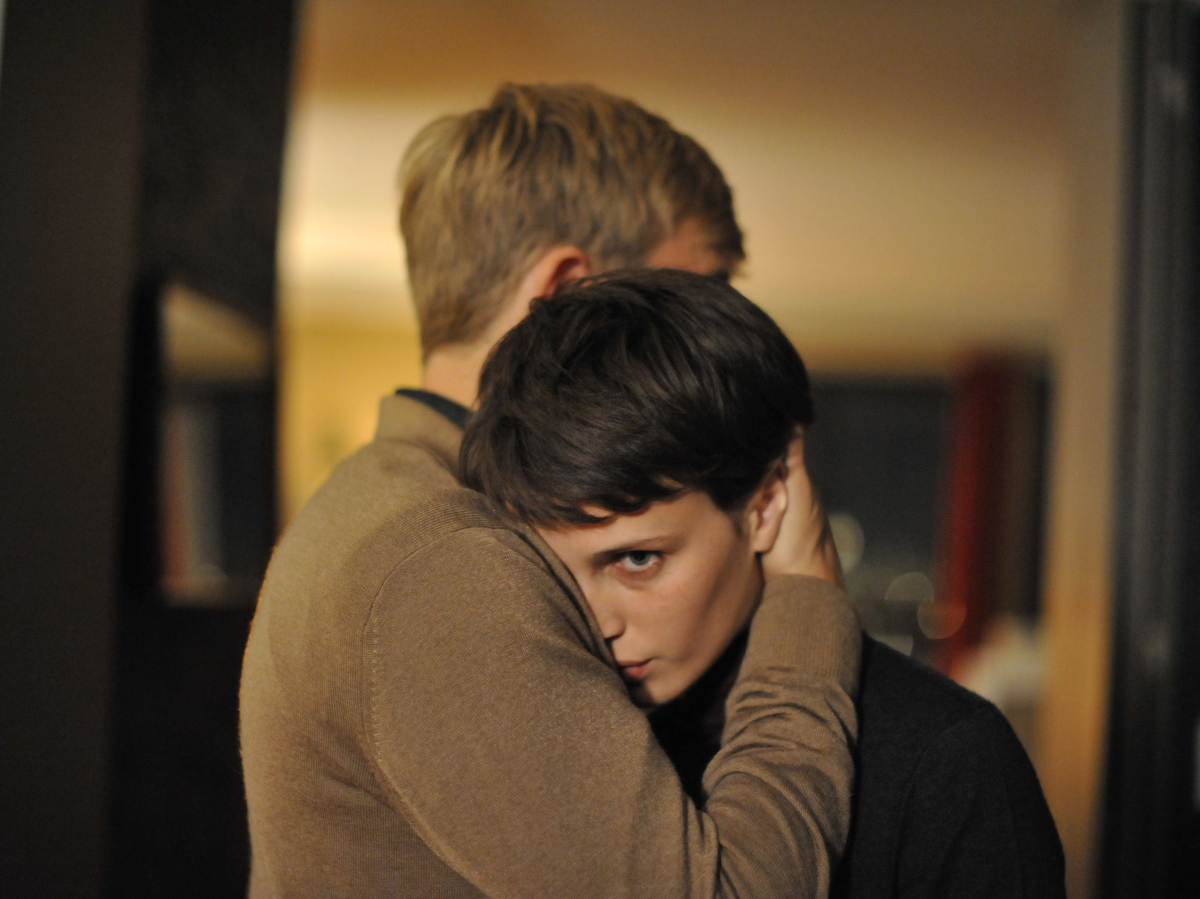 In Double Lover, Chloé (Marine Vacth) falls in love with her psychoanalyst Paul (Jeremie Reiner). As they get closer, Chloé starts to learn some insidious secrets about her lover.

The heroine of Double Lover suffers chronic abdominal pain, but an exceptionally revealing trip to the gynecologist indicates no physical cause. Perhaps it's all in her head, so Chloe (Marine Vacth) is referred to a psychiatrist. That medical judgment turns out to be faulty, but viewers will sympathize with the doctor who made it. It might seem that the entire movie is in Chloe's head.

Actually, her fevered daydreams are collaborative. They began with a novel, Lives of the Twins, written by Joyce Carol Oates under the name Rosamond Smith. The book has been freely adapted by writer-director Francois Ozon, who adds his usual obsessions and pays homage to such directors as Brian de Palma and David Cronenberg. While Double Lover is far from a remake of Dead Ringers, its forays into body horror demonstrate Cronenberg's influence.

Chloe makes one stop before the gynecologist. The story begins at a hairdresser, where the striking young woman gets her locks trimmed short. This is apparently a symbolic farewell to her career as a model, which she hated. (Vacth is, of course, a model — and for the designer brand Chloe, no less.) The new 'do highlights the woman's killer cheekbones, but is also an opening acknowledgment of the importance of appearances. Double Lover is a tale of psychological depths that's all about surfaces.

A Unlikely Romance Blossoms, Rooted In A Secret: 'Frantz'

Reflective glass is everywhere in the movie's glossy, hard-edged locations, but the central mirror image is that of Paul Meyer and Louis Delord (both played by Belgian actor Jeremie Renier). Paul is the first psychiatrist Chloe visits, and doctor and patient soon decide the therapy is complete — mostly because they want to move on to being lovers.

Soon they're living together, despite Paul's aversion to Chloe's cat. When Chloe discovers that Paul has an estranged brother, also a shrink, she's compelled to seek him out. The physical difference between the two men, who even have the same beard, is slight. Louis combs his hair back rather than let it fall over his forehead.

Although the scenario is very silly, Ozon plays it as seriously as possible. Viewers who aren't dumbstruck by the explicit sex scenes may be inclined to giggle, but neither director nor performers wink at the audience. The closest thing to satire is that Chloe takes a part-time job at a bleeding-edge contemporary-art museum where everything on display resembles an image from a medical pathology textbook.

Ozon is fascinated by women, pregnancy, and actresses of a certain age. Here he casts Jacqueline Bisset in a dual role that parallels Renier's part as well as Chloe's personality — not split, exactly, yet twinned in various ways.