Accessibility links
Review of Aardman Animations' 'Early Man' In the age of digital animation, Nick Park and his team at Aardman are still animating with their actual digits; this lovingly made tale of a prehistoric soccer rivalry is full of charm.

'Early Man' Is A Mammoth Delight

'Early Man' Is A Mammoth Delight 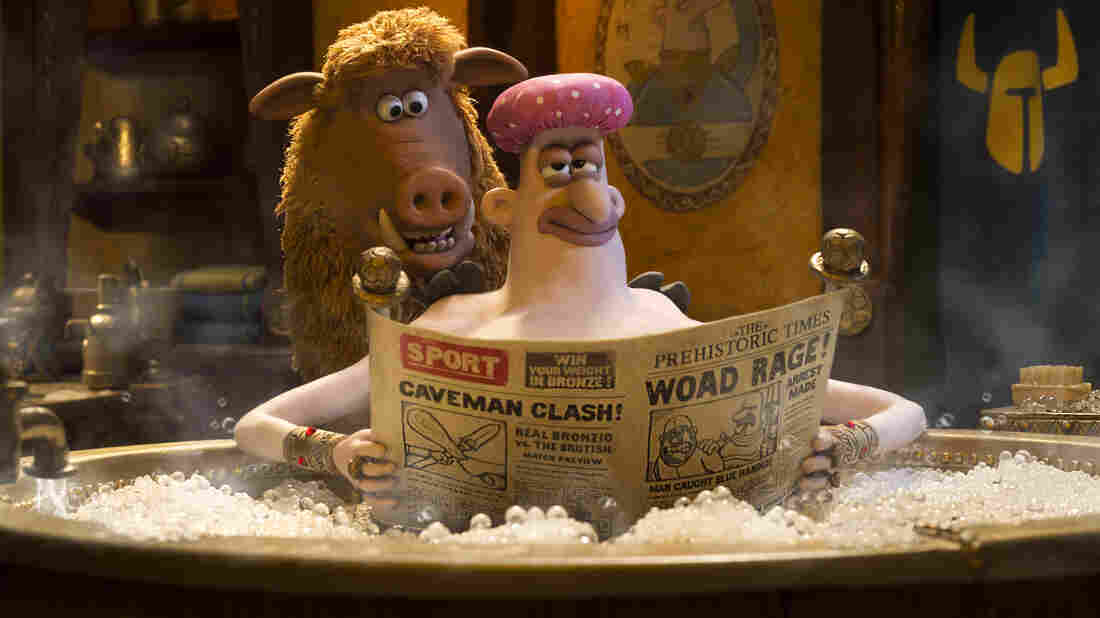 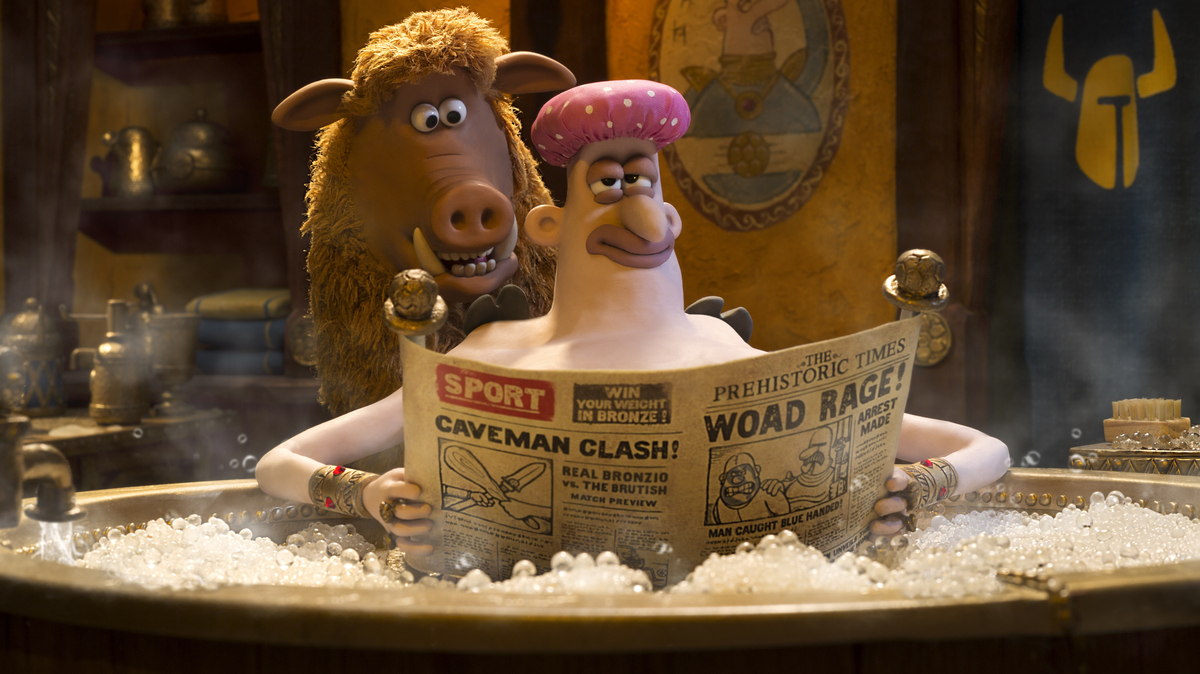 Hognob (Nick Park) and Lord Nooth (Tom Hiddleston) in Early Man, a pre-historic animated feature from the the co-director of Chicken Run.

Look closely at a frame from Early Man — or any of the other features and shorts by Nick Park, the stop-motion animator behind Creature Comforts, the Wallace and Gromit series, and Chicken Run — and you can spot the truest and most literal of all auteur stamps: The curvatures of a fingerprint. As computer animation has become the dominant format, Park and his craftspeople at Aardman Animations have remained defiantly analog, using their hands to manipulate the features of plasticine models, frame by painstaking frame. (The word "painstaking" must be used to any reference to his work, as fair acknowledgment of the numbing tedium involved.)

Among its abundant delights, Early Man doubles as Park's sly statement about his own process, which may seem exceedingly crude and outdated, but has the warmth and personality of a homemade, hand-crafted production. In fact, the lovable Stone Age half-wits who populate the film are surprised to learn that they really shouldn't exist at all. Civilization has advanced to the Bronze Age, giving an evolutionary edge to those in possession of suits of armor, heavy coins, pots and pans, and other such shiny emblems of human advancement. Park and company stage a soccer match as a proxy battle between Team Aardman and Team Pixar (and Everybody Else), but true to form, there's not a whiff of hostility in the fight. On screen and off, the crudes just want to keep their own place on the landscape.

The fun begins in the Neo-Pleistocene Age (somewhere near Manchester, the title informs us), where a band of cavemen survive an asteroid crash and accidentally invent the game of soccer. In the international sporting scene, such a moment is the equivalent of the hominids discovering weapons in the prologue to 2001: A Space Odyssey, but the Stone Age tribe has all but forgotten how to play when the timeline catches up to them. Dug (voiced by Eddie Redmayne) and his mates are content to hunt rabbits around their forest home until they clang into their Bronze Age oppressors, led by the unctuous Lord Nooth (Tom Hiddleston), who swiftly banishes them from their land.

The rest of Early Man is devoted to a classic underdog sports-movie scenario: If Dug and his tribe can beat the Real Bronzio superstars in soccer, a game they've never played, they will win back their freedom. With plucky defector Goona (Maisie Williams) as their coach — the kingdom doesn't allow female players — they montage their way to competence on the pitch. The central joke is that soccer is such a simple game that cavemen could have invented it and the central sentiment is that good old-fashioned teamwork can overcome the challenge of flashier betters.

The one knock on Aardman is that its full-length features, like Chicken Run and Wallace & Gromit: The Curse of the Were-Rabbit, cannot sustain the charm of its diamond-cut short features, in part because their cheery slightness fits the smaller format. Early Man comes closer to the others, thanks to the durability of the underdog-sports-movie conceit and the culture-clash yucks of the daft, clumsy Stone Agers continually smacking headlong into progress. Sometimes comedy, like soccer, is a simpler game than it's made out to be.

Then again, Park fills the screen with unexpected and whimsical creations, too, like a giant toothsome duck that terrorizes the land like a remnant from the Jurassic Age, an orange warthog of sorts named Hobnob that's like a silent, capable Gromit to Dug's hapless Wallace, and a talking bird (Rob Brydon) that sends mostly incendiary messages to Lord Nooth from the Queen. In the Park style, every living thing has prominent lips, crooked teeth, and generous midsections, looking every bit the humble townspeople living miles away from the Magic Kingdom. After a 12-year absence from feature filmmaking, Park and his team have done nothing to spruce themselves up for the digital age — and they wouldn't (and shouldn't) have it any other way.