Accessibility links
Sally Potter's Tepid Satire 'The Party,' Reviewed Writer-director Sally Potter zeroes in on the hypocrisy of the British chattering-class but her aim wanders, so the characters stay flat and the satire never kicks in.

In 'The Party,' The Bourgeois Get Petty

In 'The Party,' The Bourgeois Get Petty 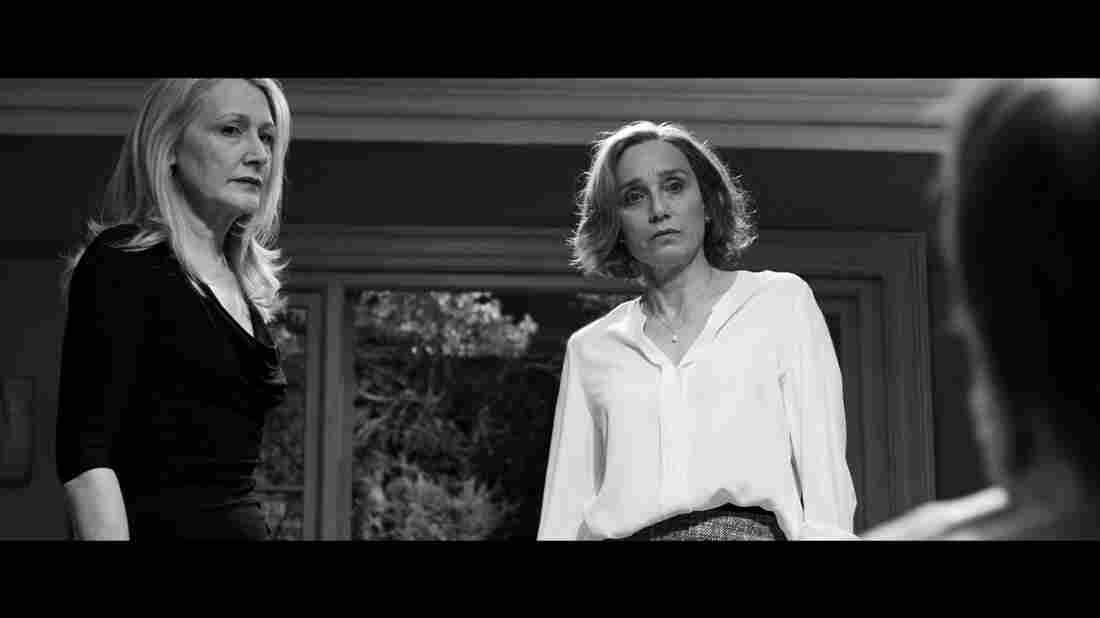 Patricia Clarkson and Kristin Scott Thomas star in The Party, a dark comedy about a get-together that goes just a little bit off the rails. Roadside Attractions hide caption 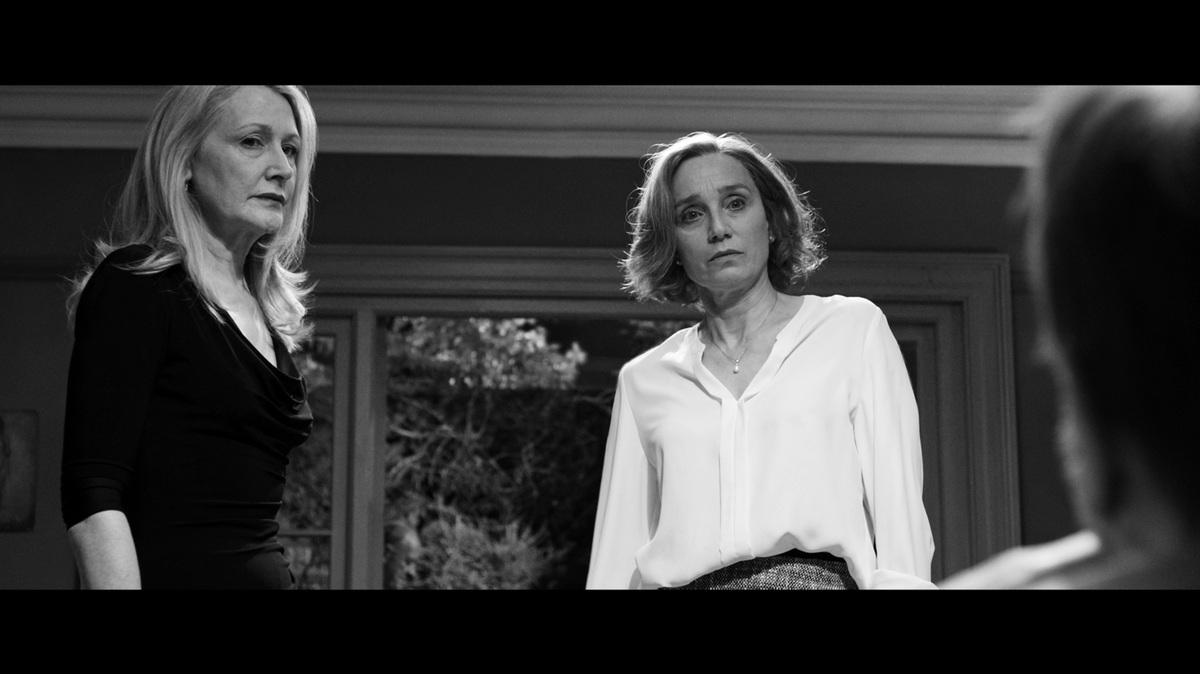 Patricia Clarkson and Kristin Scott Thomas star in The Party, a dark comedy about a get-together that goes just a little bit off the rails.

British filmmaker Sally Potter, a bold adventurer with form and genre, has racked up a formidable resume of hits and some misses, among them the gorgeous historical gender-bender Orlando (1992); the sexy dance movie The Tango Lesson (1996); The Man Who Cried (2001), a tone-deaf Holocaust misfire; and the terrific Ginger and Rosa (2012), which explored the tricky friction between ideology and private behavior on the lefty margins of 1960's London, where Potter came of age.

Potter's latest, basically a filmed play confined to a trendy London town house and tastefully shot in black-and-white, mines similar territory to that of Ginger and Rosa, only with a more arid, less forgiving spirit. A contemporary farce with aspirations to satire and an awkward dab of tragedy, The Party clocks in at a mercifully trim 71-minutes, which is more than enough time to fire volleys of flat-footed cheap shots across the bows of a group of chattering-class friends who gather in a trendy London townhouse to celebrate the promotion of their hostess.

Janet (a very good Kristin Scott Thomas) has just been named Shadow Minister for Health, a key opposition post under a Tory government bent on cutting an already strapped National Health Service to the bone. Public wellness, however, is the last thing on her mind as she fields phoned-in congrats with ostentatious false modesty while murmuring can't-talk-now to a mystery lover on the other line. Between the lines Janet offers sporadic attention to her arriving inner circle, played by a distinguished ensemble with panache and waggery to burn, were there more wit in Potter's script to set satire aflame.

The party is pooped early on when Janet's husband Bill (Timothy Spall), a morose academic of modest output, stages a couple of stealth announcements of his own, setting off a round robin of revealed secrets, lies, and long-suppressed rage that ricochet around the strategically claustrophobic space, bringing the group closer in ways they'd rather avoid. Janet's best friend April (Patricia Clarkson) sprays periodic contempt on her partner Gottfried, a New Age life coach and equal-opportunity pacifier played, in a strange flourish of counter-casting, by Bruno Ganz, better known as Adolf Hitler in the 2004 German film Downfall. Rounding out this sorry crew are Martha (Cherry Jones) and her much younger lesbian lover, Jinny (Emily Mortimer), who is carrying the couple's presumably engineered triplets, and Tom (Cillian Murphy), a banker who appears to have been dressed by Tom Ford but who otherwise strains to keep his cool, which has something to do with the fact that his wife, also a Friend of Janet, is conspicuous by her absence.

Notwithstanding the acoustic version of Blake's "Jerusalem" in the opening scenes, it's hard to know what interests Potter here. The Party is set sometime in the post-Brexit present, but Potter brushes past the political to land on the gap between public face and private behavior that is the meat and potatoes of domestic satire. Just about everyone here is busily betraying a friend or partner with someone present. The hypocrisy puts us squarely in Bunuel territory, the domestic fury in Albee country. Potter's strength has always lain more with elegant form than substance; with the exception of Ginger and Rosa, whose characters had the ring of authenticity drawn from her own experience, she's less comfortable with realism.

Stranded somewhere between social types and real people we're supposed to empathize with, Janet and her bickering guests come across as cartoon bourgeois, thinly-drawn and wooden in their line delivery like dummies of a ventriloquist bent on caricaturing a privileged elite whose private messes give the lie to their brave talk of dedication to the masses. Is the message here that given half a chance, everyone's a jerk? A tacked-on moment of genuine tragedy, followed by more knockabout farce, only jars. Will the gun, pointed pointedly at the camera in the opening scene, go off in the third act? By then I was so busy cooking up Hitler memes to overlay Ganz's smiling bromides, I barely noticed the twist ending.

An earlier version of this story spelled Adolf Hitler's first name as Adolph.