Accessibility links
Trump's Military Parade Could Cost As Much As $50 Million A U.S. official says the Department of Defense has worked up five options for the military parade President Trump has requested, ranging in cost from $3 million to $50 million.

Trump's Military Parade Could Cost As Much As $50 Million

Trump's Military Parade Could Cost As Much As $50 Million 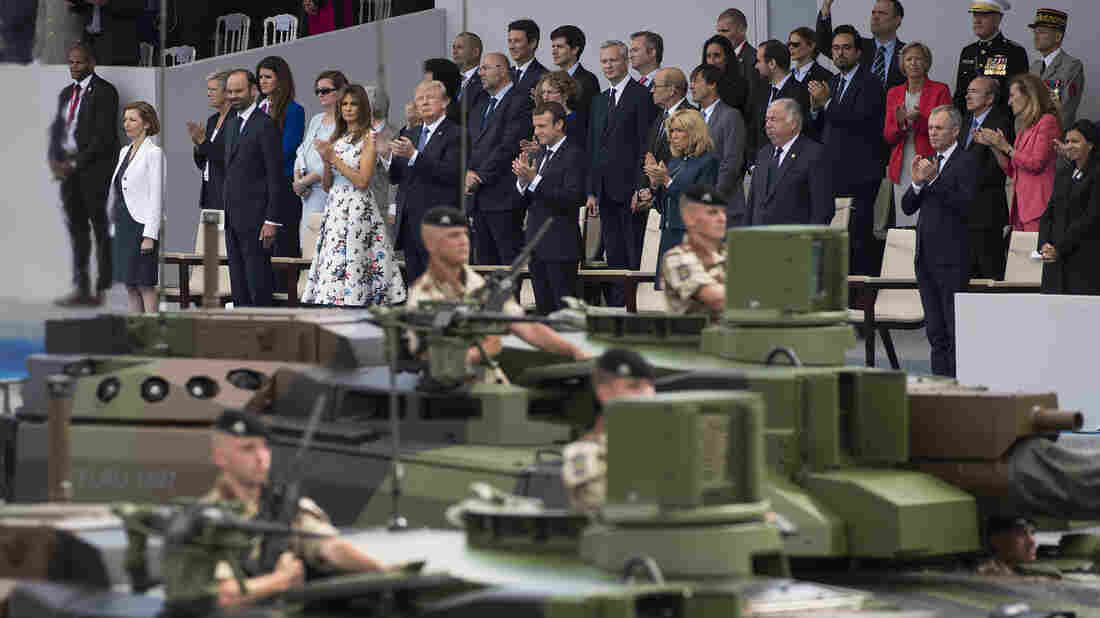 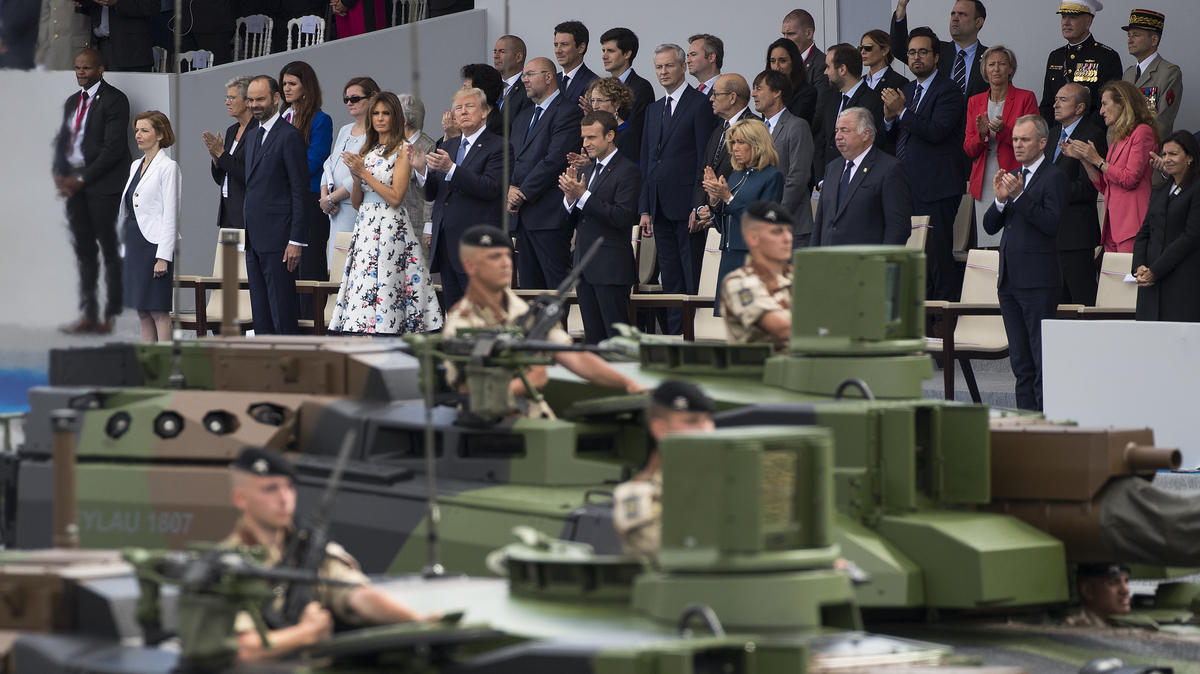 Picture this: troops in vintage uniforms marching through the streets as military aircraft carve the skies overhead, all in a grand celebration of Veterans Day and the 100th anniversary of the end of World War I. That is one scenario taking shape as the Pentagon maps out options for the military parade President Trump has requested.

In response to Trump's request, the Department of Defense has worked up five options, with price tags ranging from $3 million to as much as $50 million, a U.S. official told NPR.

Meanwhile, White House budget director Mick Mulvaney told the House Budget Committee on Wednesday that "very preliminary" estimates he had seen put the cost at between $10 million and $30 million "depending on the size of the parade, the scope of it, the length of it, those kinds of things."

"Obviously an hour parade is different than a five-hour parade in terms of the cost and the equipment and those types of things," Mulvaney added.

Trump has said he wants to try to top the French Bastille Day parade he attended last year in Paris, which lasted just over two hours.

"We had a lot of planes going over and we had a lot of military might, and it was really a beautiful thing to see," Trump said in September, describing the French parade from two months earlier. "They had representatives from different wars and different uniforms. It was really so well done."

You can see the influence of that parade in what the White House requested the Pentagon plot out, right down to the uniforms from wars past.

According to the official, the request was for a parade that would take place on Veterans Day, with a World War I theme, featuring military aircraft, heavy armored vehicles — possibly including tanks — and troops from all the services taking part. Troops wearing World War I uniforms are also in the mix.

The last military parade through the streets of Washington, D.C., was in 1991, to celebrate victory in Operation Desert Storm. There also were parades at the conclusion of the Civil War, World War I and World War II. There isn't a tradition of military parades in the U.S. outside of war victories and Cold War-era presidential inaugurations. And 16 years into the war in Afghanistan, there is no clear path to victory.

By potentially tying the parade to the 100th anniversary of the end of the "War To End All Wars," there may be an effort to associate with the tradition of celebrating war victories and avoid associations with countries like North Korea, China and Russia, which regularly hold military parades, in part for the propaganda value.

Members of Congress from both parties have been critical of the idea of a military parade, questioning its cost and necessity.

"I think confidence is silent and insecurity is loud," said Sen. John Kennedy (R-La.) last week to reporters in the Capitol. "America is the most powerful country in all of human history; you don't need to show it off."

A Military Parade Should Be About People, Not Power

Three White House spokesmen did not respond to a request for comment about the emerging details and cost estimates, but last week, press secretary Sarah Huckabee Sanders described the president's motivation.

"President Trump is incredibly supportive of America's great service members who risk their lives every day to keep our country safe," she said. "He has asked the Department of Defense to explore a celebration at which all Americans can show their appreciation."