Accessibility links
Steve Inskeep: The List Of School Shootings Keeps Growing. Do We Still Feel It? People in certain jobs develop a working relationship with death — like nurses, soldiers and police officers. Thanks to so many school shootings, so are teachers and students. 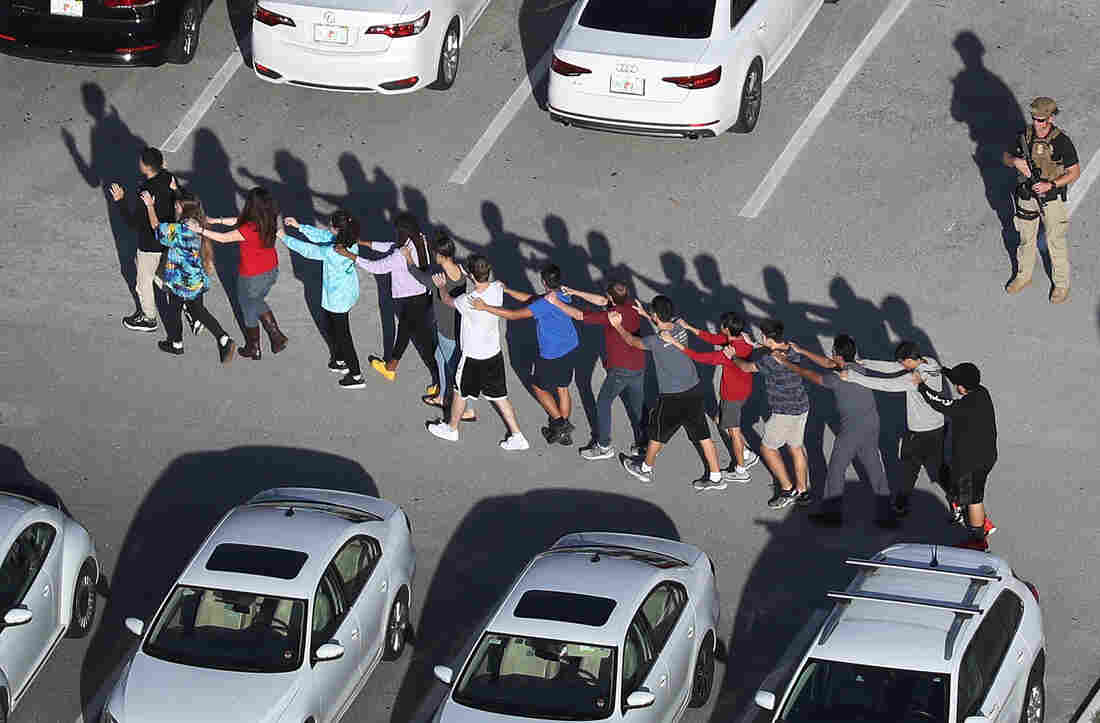 People are brought out of the Marjory Stoneman Douglas High School in Parkland, Fla., after a gunman opened fire on Wednesday. Joe Raedle/Getty Images hide caption 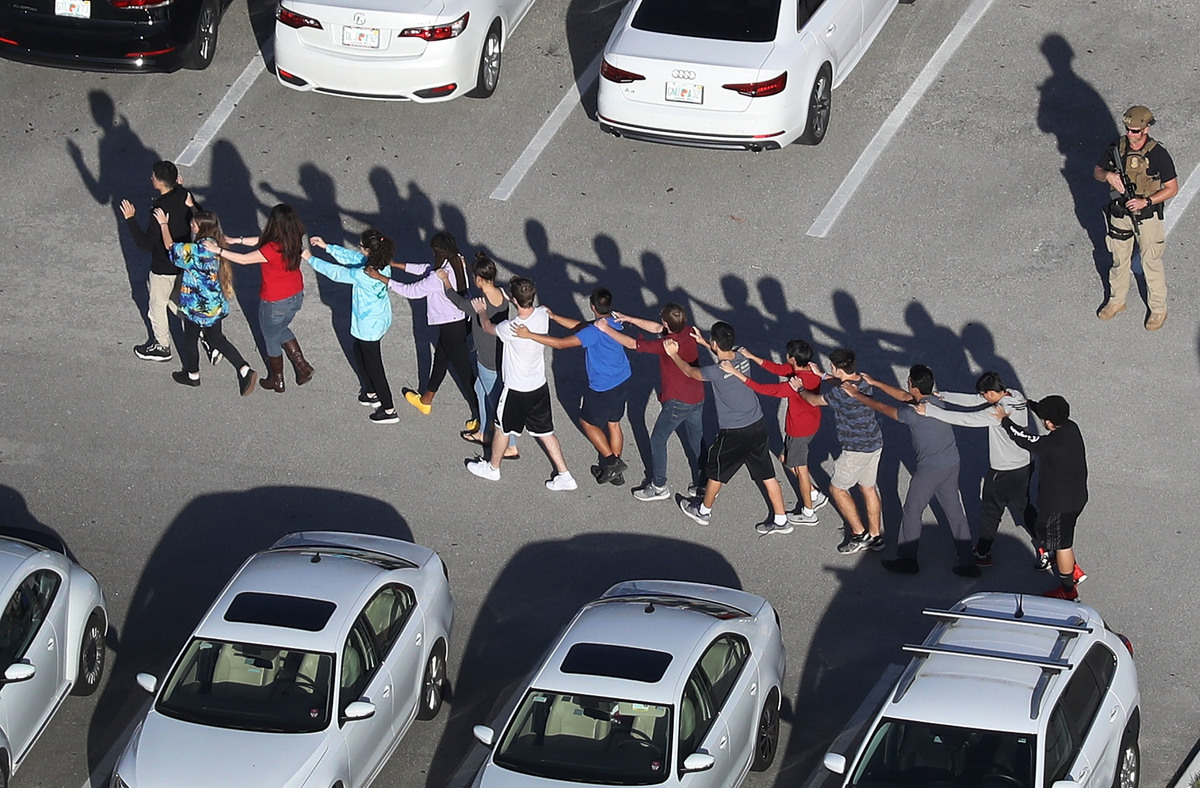 People are brought out of the Marjory Stoneman Douglas High School in Parkland, Fla., after a gunman opened fire on Wednesday.

People in certain jobs develop a working relationship with death.

In many years of listening to people, I've learned it's a necessity. Nurses know that for all their efforts, many patients die. Soldiers and police see the deaths of comrades, and may also kill. War correspondents walk devastated cities.

Who would have guessed, though, that the people called upon to work so closely with death might include teachers and students?

Again and again in recent years, they have been targeted. After a shooting at Sandy Hook Elementary School in Newtown, Conn., in 2012, then-president Obama noted, "The majority of those who died today were children — beautiful little kids between the ages of 5 and 10 years old."

Many officials vowed it must never happen again, but many weapons have been fired in many schools since then. In Marysville, Wash., a student shot five other students, killing four and then killing himself. At Aztec High School in New Mexico, a former student killed two students and then himself. In Benton, Ky., just last month, a gunman killed two people and wounded more than a dozen. Then came Wednesday's shooting, the worst since Sandy Hook: 17 people dead, both students and adults.

Mass shootings — including school shootings — have grown common enough that any of us may grow a little like the hospital nurse or the firefighter: accustomed to carnage.

We arguably have to grow accustomed. Lawmakers and presidents have agreed on no effective solution to mass shootings — neither gun control nor mental care, neither a policy nor a prayer.

If the shootings continue, it follows that we have to bear them. Yet we run a risk if we cease to feel the effects. Nurses and cops and soldiers know: It's a risk to mental health. A risk to moral health. To the soul.

So it's appropriate to ask ourselves a question: In Parkland, Fla., on Wednesday, a teenager with what's believed to be an AR-15 rifle, opened fire in crowded hallways, and walked away after 17 people were killed.

Do we still feel it?