Accessibility links
In Speech About Florida Shooting, Trump Calls For Steps That Make 'A Difference' In the wake of the Florida attack, President Trump said, "It's not enough to simply take actions that make us feel we are making a difference, we must actually make that difference." 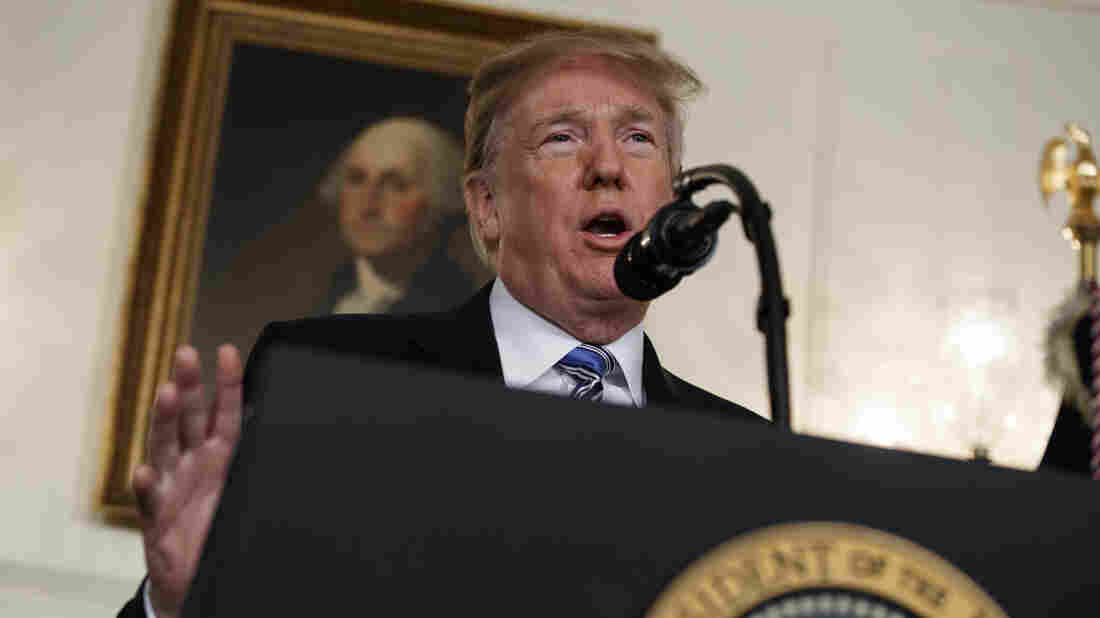 President Trump delivers a statement on the mass shooting at a South Florida high school from the White House on Thursday. Evan Vucci/AP hide caption 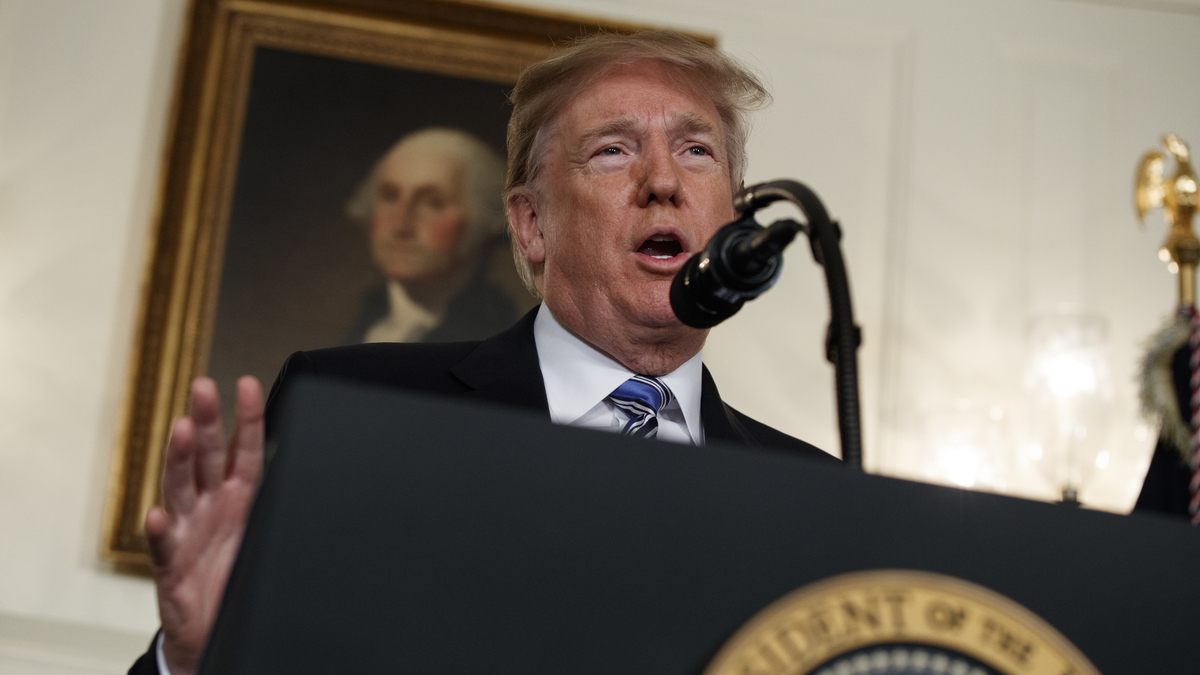 President Trump delivers a statement on the mass shooting at a South Florida high school from the White House on Thursday.

Addressing the nation after Wednesday's Florida school shooting that left 17 people dead, President Trump said no child or teacher "should ever be in danger in an American school."

He said he will meet with governors and attorneys general to deal with the issue of mental health.

Speaking from the White House, Trump said it was "not enough to simply take actions that make us feel we are making a difference, we must actually make that difference."

But he did not offer specifics, made no mention of stricter gun control laws in his remarks and instead focused on mental illness.

He added, "No parent should ever have to fear for their sons and daughters when they kiss them goodbye in the morning."

Trump said he will visit Parkland, where the shooting took place, and meet with local officials and families.

Trump weighed in on Twitter earlier Thursday, saying there were "so many signs that the suspected Florida shooter was mentally disturbed." He noted that the suspect been expelled, writing that "neighbors and classmates knew he was a big problem" and obliquely warned: "Must always report such instances to authorities, again and again."

So many signs that the Florida shooter was mentally disturbed, even expelled from school for bad and erratic behavior. Neighbors and classmates knew he was a big problem. Must always report such instances to authorities, again and again!

Broward County Mayor Beam Furr told Morning Edition on Thursday that the suspect had been a client at mental health facilities.

There is evidence that concerns about the 19-year-old were raised. The FBI said Thursday that in 2017 after receiving a tip, it had investigated a YouTube comment that stated: "I'm going to be a professional school shooter."

But Special Agent In Charge Rob Lasky said at a Florida news conference that after conducting data reviews, the bureau was unable to identify the user.

Although Trump talked about the shooter being "mentally disturbed," he signed a Republican bill last year that makes it easier for people who are mentally ill to purchase guns.

"If a specific individual is likely to be violent due to the nature of their mental illness, then the government should have to prove it," said Sen. Chuck Grassley, R-Iowa, a chief supporter of the legislation, when the bill was being considered.

Attorney General Jeff Sessions directed a Justice Department policy unit to work with other federal agencies "to study the intersection of mental health and criminality and identify how we can stop people capable of such heinous crimes."

Sessions made the remarks Thursday morning to the Major County Sheriffs' Association.

At least one member of the Trump administration, Treasury Secretary Steven Mnuchin called on lawmakers to address gun violence.

"I will say, personally, I think the gun violence — it's a tragedy what we've seen yesterday," he told a House panel, "and I urge Congress to look at these issues."

Sen. Dianne Feinstein of California criticized the lack of action on a measure she introduced after the mass shooting in Las Vegas last year to ban bump stocks, which allow semi-automatic weapons to fire more rapidly.

Grassley said he would sit down with Feinstein and Sen. John Cornyn, R-Texas, a member of Senate GOP leadership to discuss the next steps.

Former President Barack Obama, waiting until after Trump's remarks, called for action on guns: "We are grieving with Parkland. But we are not powerless."

We are grieving with Parkland. But we are not powerless. Caring for our kids is our first job. And until we can honestly say that we're doing enough to keep them safe from harm, including long overdue, common-sense gun safety laws that most Americans want, then we have to change.

The White House sent out a statement Wednesday sending out "thoughts and prayers" for victims and their families and issued a formal proclamation, stating that the nation "grieves with those who has lost loved ones in the shooting at the Marjory Stoneman Douglas High School."

It ordered flags at the White House and other federal buildings to be flown at half-staff.