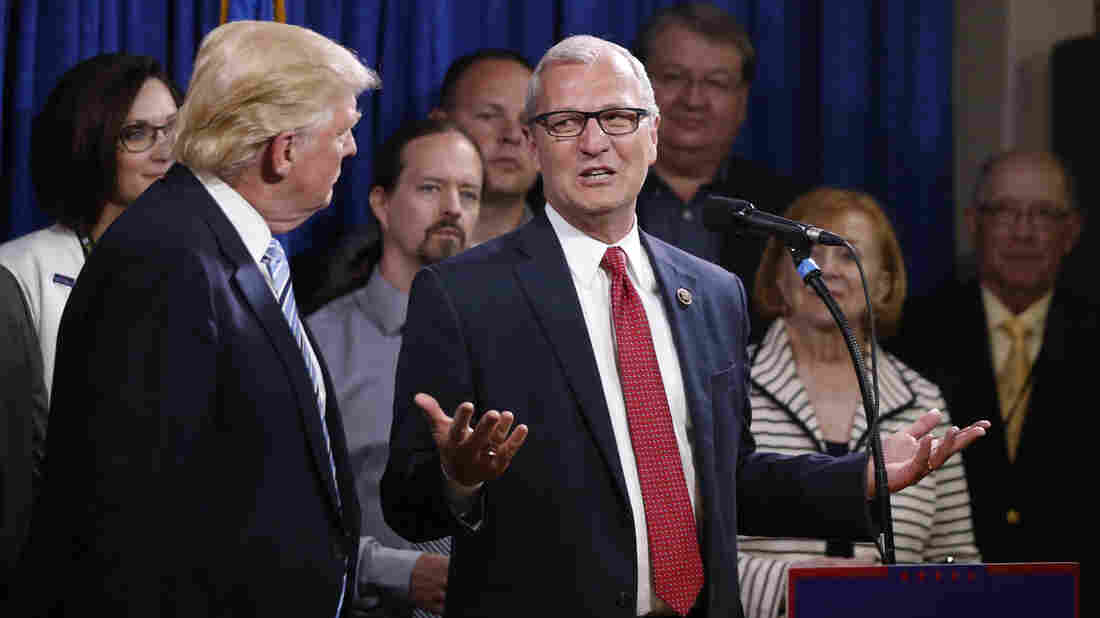 Rep. Kevin Cramer, R-N.D., talks in May 2016 about being one of the first to endorse then-Republican presidential candidate Donald Trump. Charles Rex Arbogast/AP hide caption 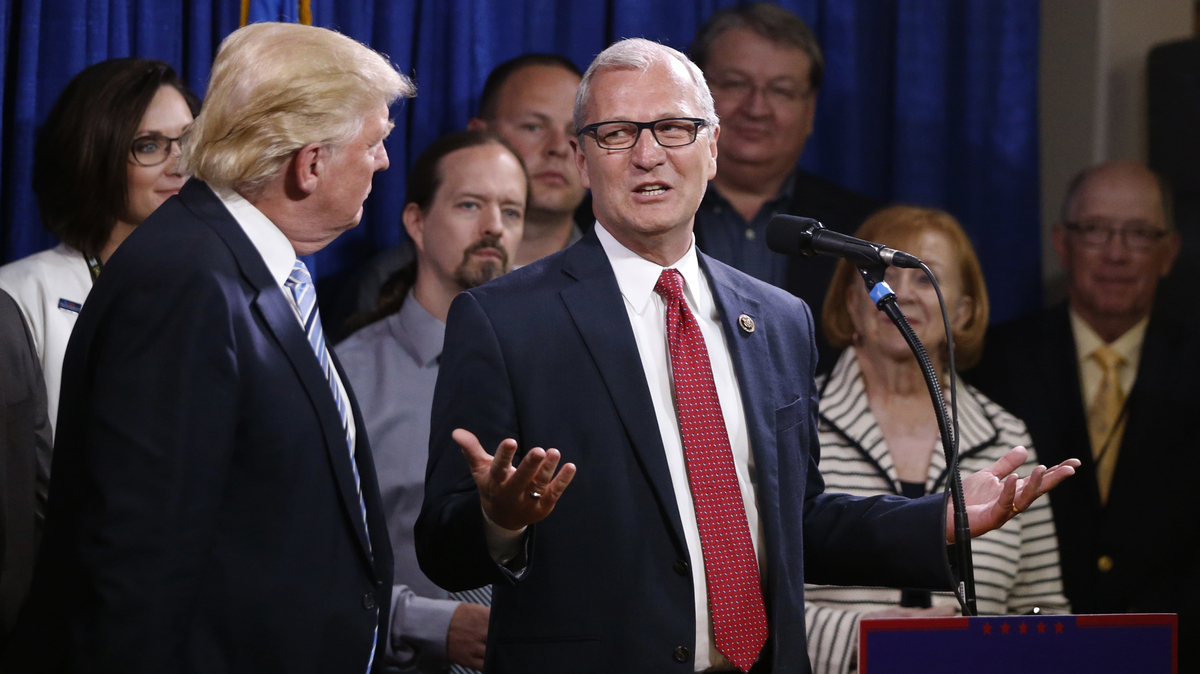 Rep. Kevin Cramer, R-N.D., talks in May 2016 about being one of the first to endorse then-Republican presidential candidate Donald Trump.

North Dakota Rep. Kevin Cramer has reversed course and will challenge Democratic Sen. Heidi Heitkamp, finally giving Republicans a top recruit in a state that President Trump won by more than 30 points and making it a prime pickup opportunity for the GOP in 2018.

On Facebook, Cramer posted he will be announcing his Senate candidacy on Friday in Bismarck.

Cramer had initially said last month he wouldn't be challenging Heitkamp, leaving Republicans without a top-tier candidate against what should be one of Democrats' most vulnerable incumbents this year, serving in a consistently red state. The White House even reached out to Cramer to woo him to jump into the contest, but initially he elected instead to remain in his safe House seat.

But in recent days he began to waver on that initial decision. "There's certainly a growing snowball of encouragement coming out of the state," Cramer told reporters at the Capitol on Tuesday, according to CNN.

Former state party chairman Gary Emineth announced earlier this week he was dropping out of the Senate primary, in anticipation that Cramer was going to run. The Atlantic also reported that if Cramer did run for Senate, state Sen. Tom Campbell, the other major candidate in the race, was likely to run for Cramer's open House seat instead, clearing the primary field for the congressman.

His change of heart is a bright spot for Senate Republicans who have struggled to find top recruits in other states as well, despite being blessed with a very favorable 2018 map where 10 Democrats are up for re-election in states that Trump won. Republicans hold just a narrow 51-49 Senate majority, and they have two vulnerable seats they're defending in Nevada and Arizona.

There are some other GOP candidates who seem to be reconsidering their Senate decisions as well, which could boost Republicans in the midterm elections. Tennessee Sen. Bob Corker is rethinking his decision to retire, with some state Republicans believing he would be a stronger general election candidate than the current GOP front-runner, Rep. Marsha Blackburn. And there have been multiple reports that Missouri Rep. Ann Wagner is being pushed to reconsider her decision not to challenge Democratic Sen. Claire McCaskill.

Corker 'Listening Closely' As Some Have Encouraged Him To Reconsider Retiring

However, Cramer does bring some baggage to the North Dakota race. When then-White House press secretary Sean Spicer came under fire for favorably comparing Hitler to Syrian President Bashar Assad, saying, "You had someone who was as despicable as Hitler who didn't even sink to using chemical weapons," Cramer said Spicer's comments were "not without some validity."

Cramer also criticized Democratic women who wore white to Trump's first joint address to Congress last year, in honor of suffragettes, saying that they were "poorly dressed" and that they looked "silly."