Accessibility links
Lola Kirke: Mozart In The Puzzle Lola Kirke talks about "fake playing" the oboe on 'Mozart in the Jungle,' and portraying one of the only woman conductors on television. Then we challenge her to a game about real and fake operas. 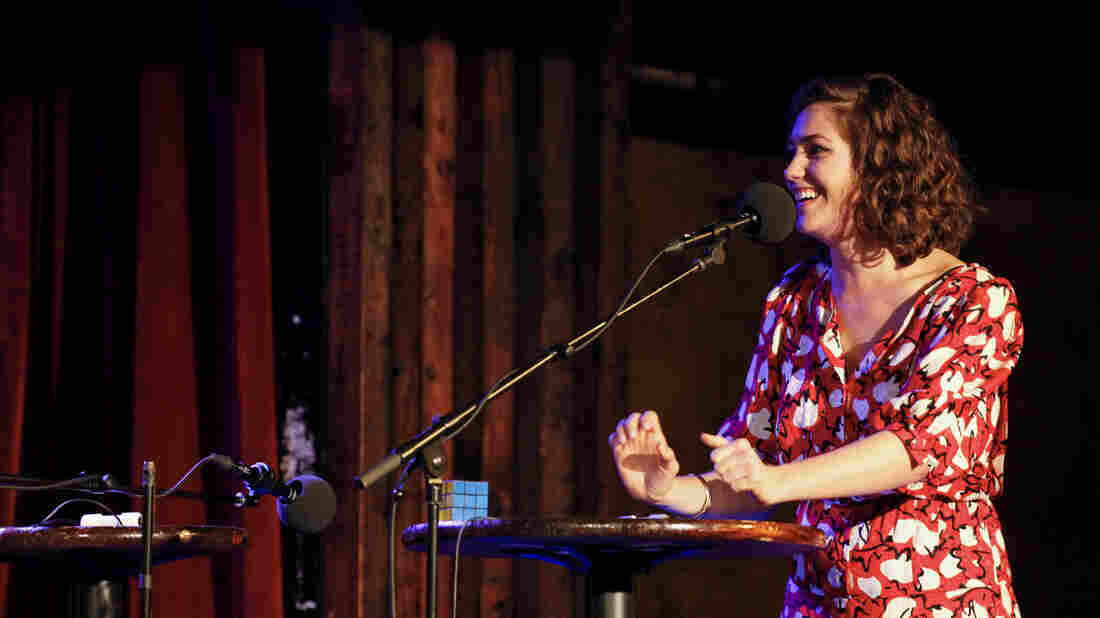 Lola Kirke appears on the Ask Me Another stage at the Bell House in Brooklyn, New York. Mike Katzif/NPR hide caption 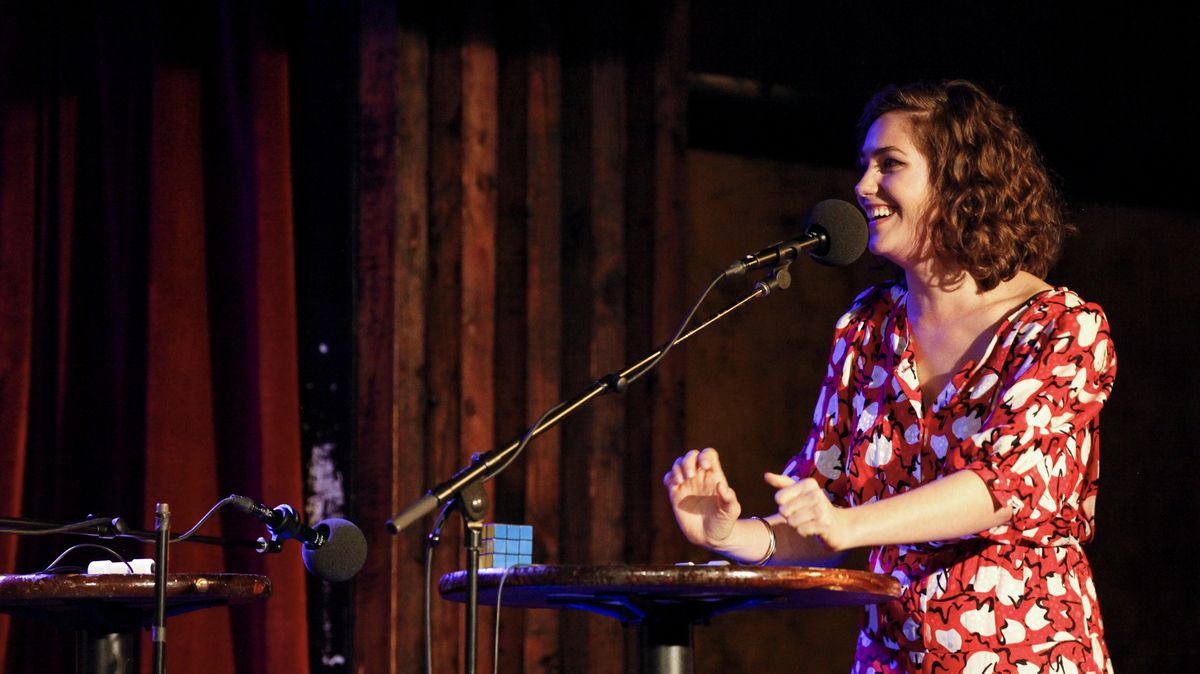 Lola Kirke appears on the Ask Me Another stage at the Bell House in Brooklyn, New York.

When Lola Kirke was cast as Hailey Rutledge in Amazon's Golden-Globe winning series Mozart in the Jungle, she knew almost nothing about classical music. "I have this dentist who likes to listen to it really loud while he's drilling and then talk to me ... while he has tools in my mouth," she recalled to host Ophira Eisenberg. "That was my association."

Playing an oboist gave Kirke a crash course in classical music: she now knows how to pretend to play the oboe with the best of them. Doing so convincingly requires "high self-esteem ... because it is not pretty." Kirke demonstrated onstage for the Bell House audience, turning her lips inside out and puffing her cheeks until they turned red. A teacher once told her that those skills make oboists the best kissers, but Kirke is skeptical. "I would never make that connection. ... I never kissed anyone like that."

The youngest of four siblings, Kirke often finds herself cast as characters caught in the orbit of larger personalities. "I don't know what that is," the actress lamented, "because I feel kind of powerful in my life." But, in Season 3 of Mozart in the Jungle, Hailey Rutledge becomes a conductor— an exciting development for both Kirke and her character. "It's a very beautiful thing to pretend that you're telling a room of 150 people what to do and that they're all listening to you," she explained.

Indeed, this is a major development for the representation of female conductors in popular culture at large. According to Kirke, "of the world's 150 major orchestras, only four of them are led by women."

What We Love And Hate About 'Mozart In The Jungle'

Season 3 also features an original opera-within-a-show based on the 1992 tabloid story of Amy Fisher, a high schooler who shot the wife of her 36-year-old lover. For Kirke's Ask Me Another challenge, we described equally improbable-sounding operas, and Kirke had to guess whether they were real or fake.

On her own musical career as a rock and country artist

On oboe representation in popular culture

My boyfriend still thinks I play the clarinet on TV

On her classical oboe skills

On having older siblings

Older siblings have this unique experience of having spent many years of their life being wretched to somebody. As a younger child, you don't have that experience.

Heard On Lola Kirke: Mozart In The Puzzle