Accessibility links
Is The March 5 DACA Deadline Meaningful Anymore? With President Trump's expiration date approaching and no solution in sight for the Deferred Action for Childhood Arrivals program, some lawmakers are beginning to downplay the date's importance.

What's Next From Congress On Immigration

What's Next From Congress On Immigration 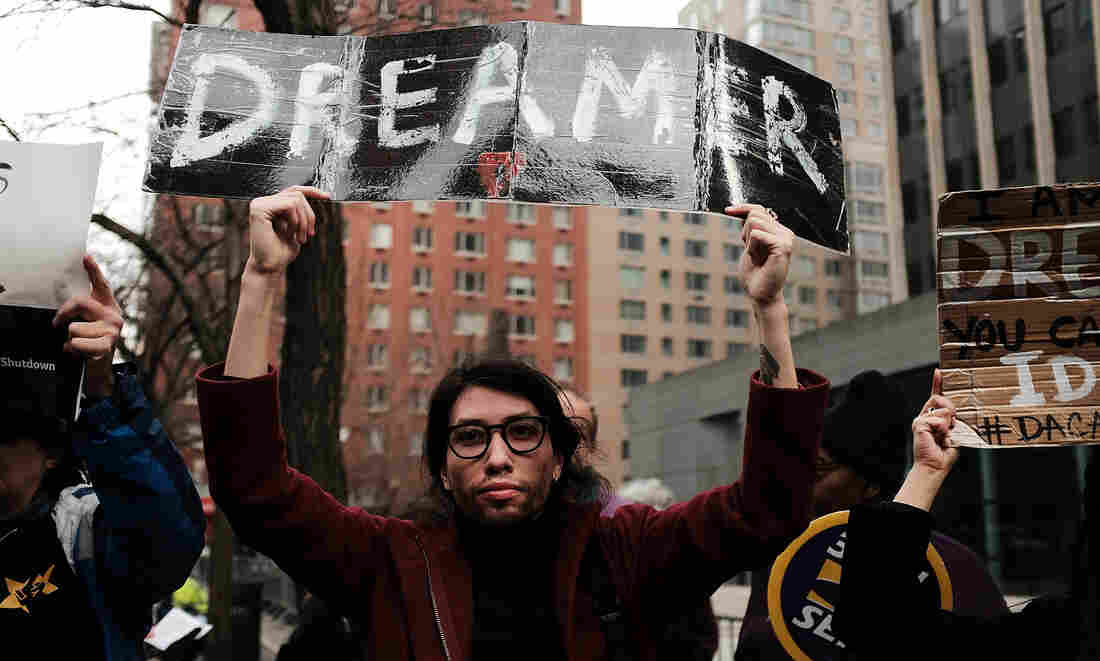 Demonstrators protest the lack of a deal on the Deferred Action for Childhood Arrivals program, which includes so-called DREAMers, last month outside of Federal Plaza in New York City. There is still no deal. Spencer Platt/Getty Images hide caption 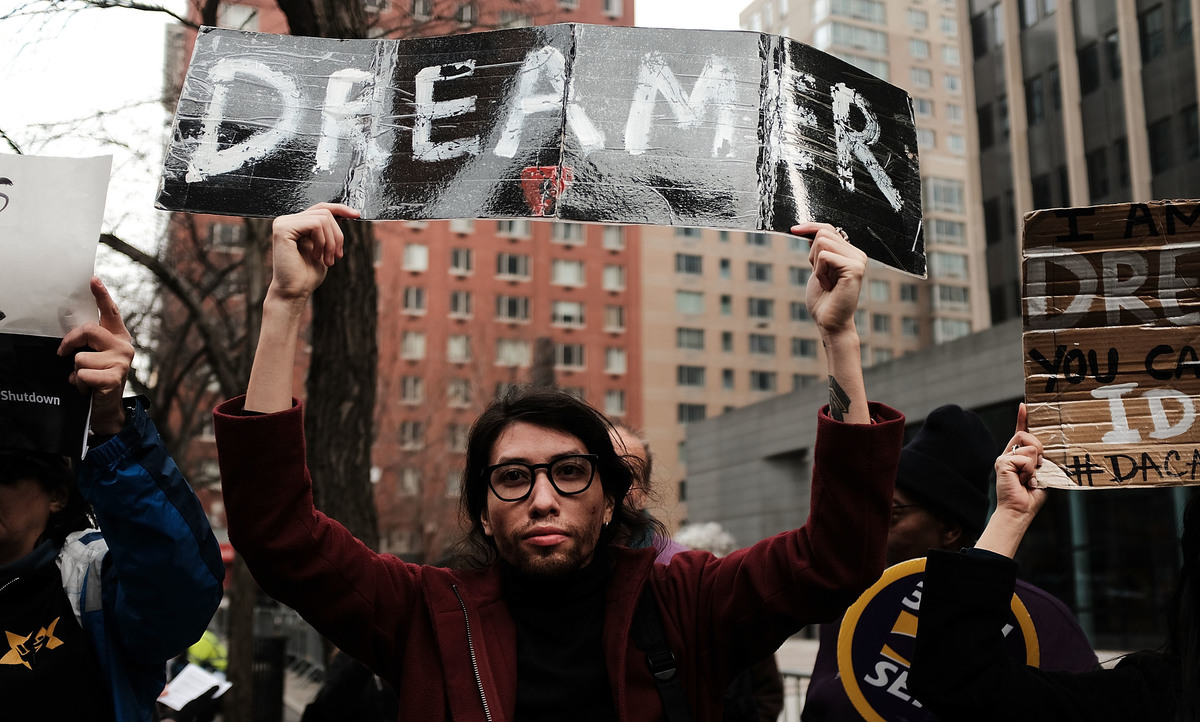 Demonstrators protest the lack of a deal on the Deferred Action for Childhood Arrivals program, which includes so-called DREAMers, last month outside of Federal Plaza in New York City. There is still no deal.

When it comes to the Deferred Action for Childhood Arrivals Program and Congress, no one seems to know what comes next.

Three approaches to making DACA permanent came up for a vote in the Senate on Thursday, and all three failed. A majority of lawmakers backed two narrow bills that would allow DACA protectees to live in the country legally and also increase funding for border security.

But an aggressive veto threat from the White House killed the chances of the bipartisan approach crafted by Sen. Susan Collins, R-Maine, and other moderate lawmakers from both parties.

President Trump is rejecting any measure that doesn't also narrow legal immigration. After telling legislators in January that he would sign anything that passed Congress, Trump has now tanked two bipartisan compromises.

But notably, the bill backed by the White House got far less support than any other measure Thursday, winning just 39 votes.

On Friday morning, Trump tried to put the blame for the lack of progress on Democrats.

Cannot believe how BADLY DACA recipients have been treated by the Democrats...totally abandoned! Republicans are still working hard.

In September, Trump set the March 5 expiration date for DACA, a program that offers protections for immigrants in the U.S. illegally who came to the country as children. At the time, the White House called on Congress to come up with a more permanent solution as part of a broader immigration overhaul.

Now that deadline is inching closer and closer, and Congress is out next week on recess.

Yet, with ongoing court battles over the program, DACA will almost certainly stay in place beyond March 5. Two separate federal courts have blocked the president from ending the program.

"Until further notice, the DACA policy will be operated on the terms in place before it was rescinded on Sept. 5, 2017," a spokesman for the United States Citizenship and Immigration Services told NPR. The agency continues to accept renewal applications for people whose status expired after Trump began the process of ending DACA.

And because of that — and because of Congress' inability to pass a fix — some leaders are beginning to say DACA doesn't necessarily need to be addressed before March 5.

Ryan said he still wants Congress to operate with some urgency. "I think this place works better with deadlines, and we want to operate on deadlines. We clearly need to address this issue in March," he said.

As Congress Debates Immigration, DREAMers Are In Limbo Along With Their Families

A potential slide from March 5 to sometime in March has Democrats worried.

"For the speaker to say this could go to March 5, to the end of March, means he doesn't know the fear that [the White House] has instilled into the families and into the hearts of these children," House Minority Leader Nancy Pelosi, D-Calif., said, referring to people whose protected status has expired or would be eliminated if future court rulings eliminate DACA.

"I don't think the end of March has viability to it. Let's just get on with it," she said.

The problem: With both narrow and broad approaches failing in the Senate this week, it's not clear what, if anything, could win support of the House, Senate and the White House.