Accessibility links
Snow-Making For Skiing During Warm Winters Comes With Environmental Cost Professional skiers and resorts in Aspen face a problem this season: deal with patches of dirt caused by warmer temperatures or make the climate worse by making and moving artificial snow. 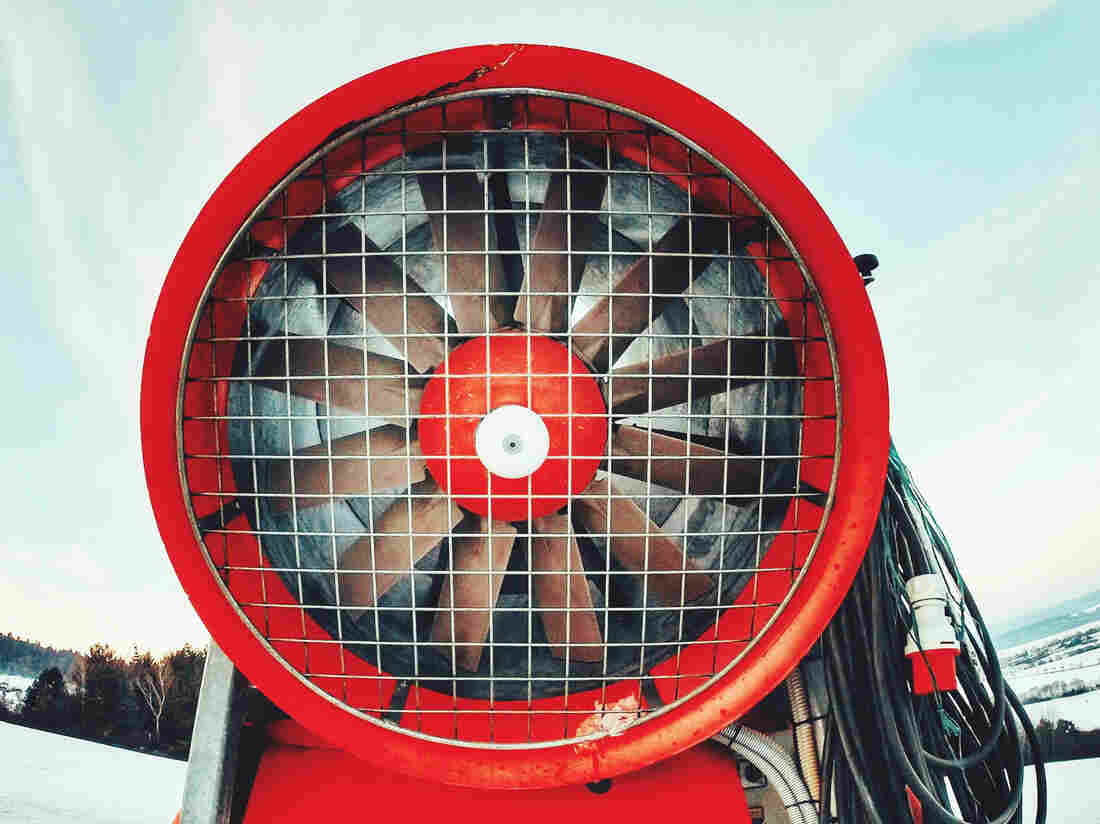 Snow-making has been called a Band-Aid to the bigger problem of warming temperatures. Patrik Duda / EyeEm/Getty Images/EyeEm hide caption 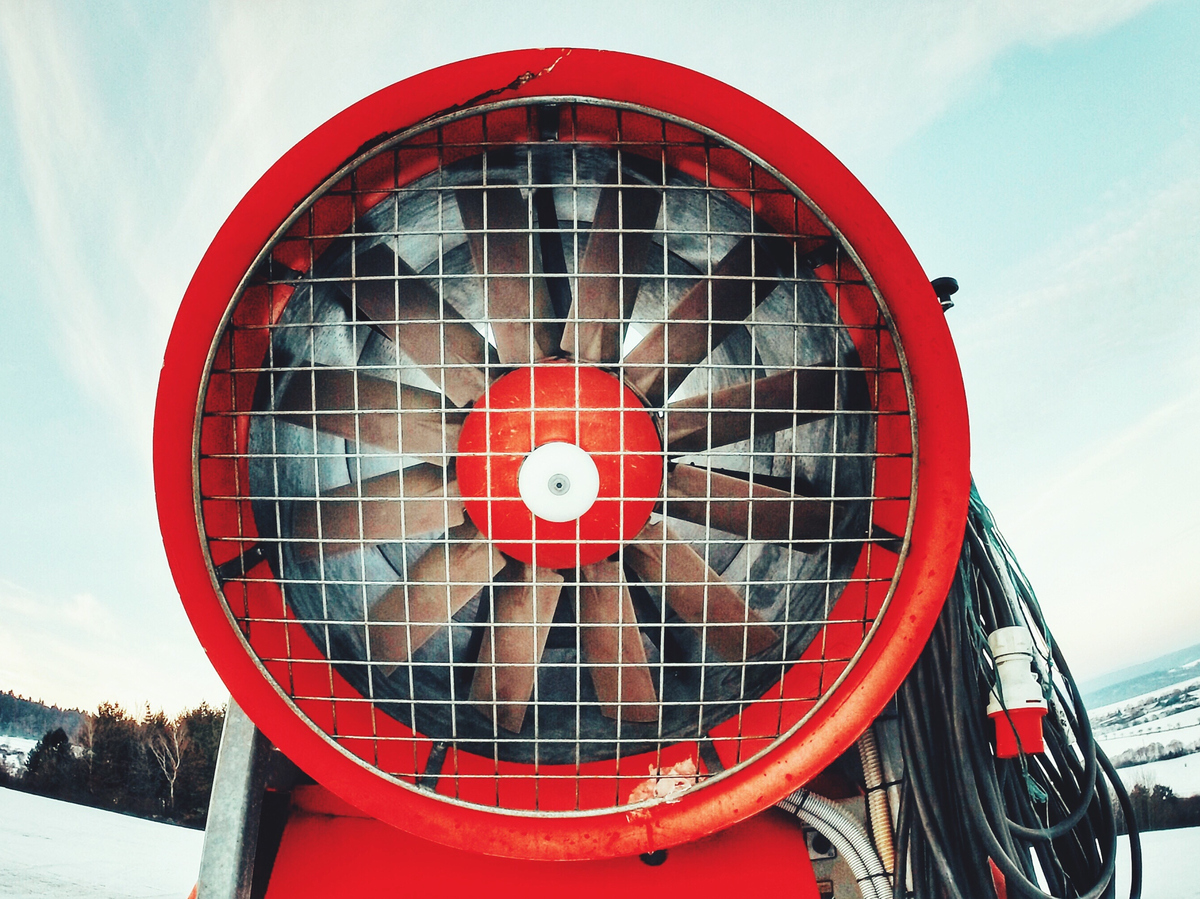 Snow-making has been called a Band-Aid to the bigger problem of warming temperatures.

In the height of ski season this year, blades of grass and patches of dirt still dot cross country ski trails in Aspen, Colo. Conditions like this present a conundrum for professional skiers: Their livelihood relies on snow and cold temperatures, but essentials like travel and snow-making come with an environmental cost.

Simi Hamilton is one of the fastest cross country skiers in the world, and before the snow fell this season, he hit the pavement in his hometown of Aspen on roller skis. Training without snow is something Hamilton is getting used to. Year after year, he watches the snow line move further up the mountains.

"We would be in the high Alps at 6,000 feet trying to train in mid-January and we'd still be training on just, like, a two-foot deep platform of man-made snow and there's just green grass next to the trails," Hamilton said. 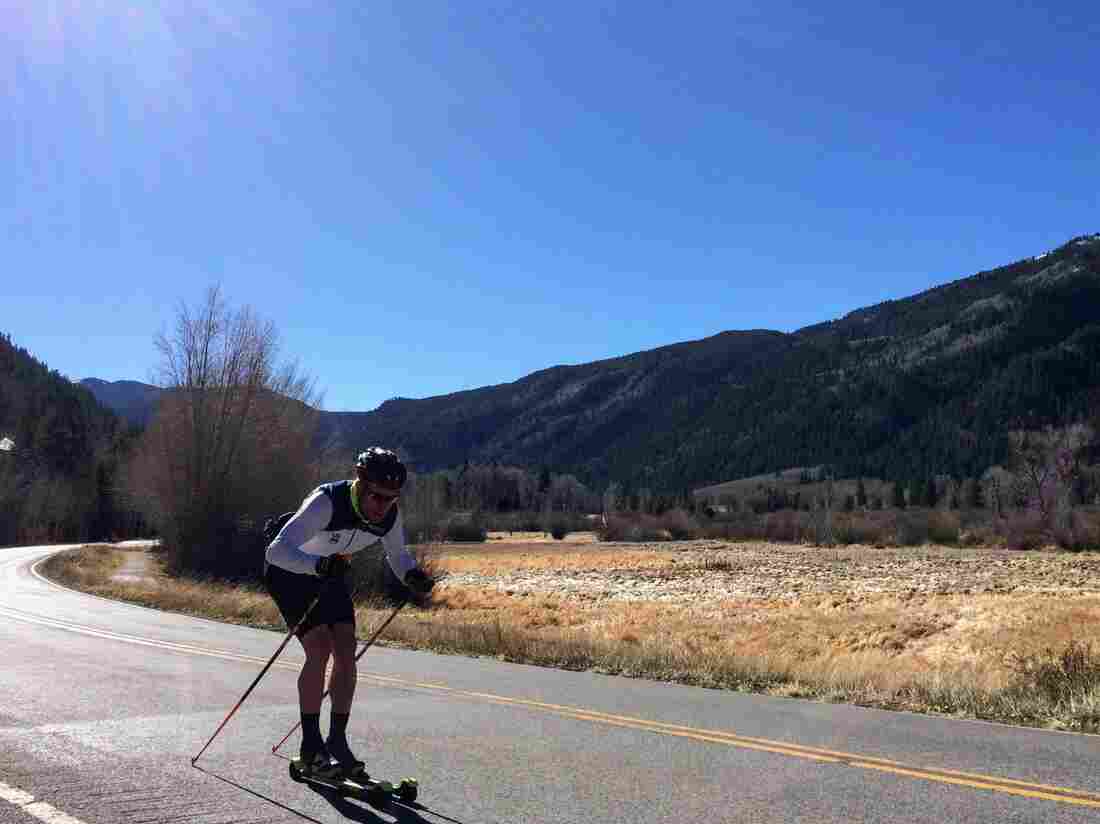 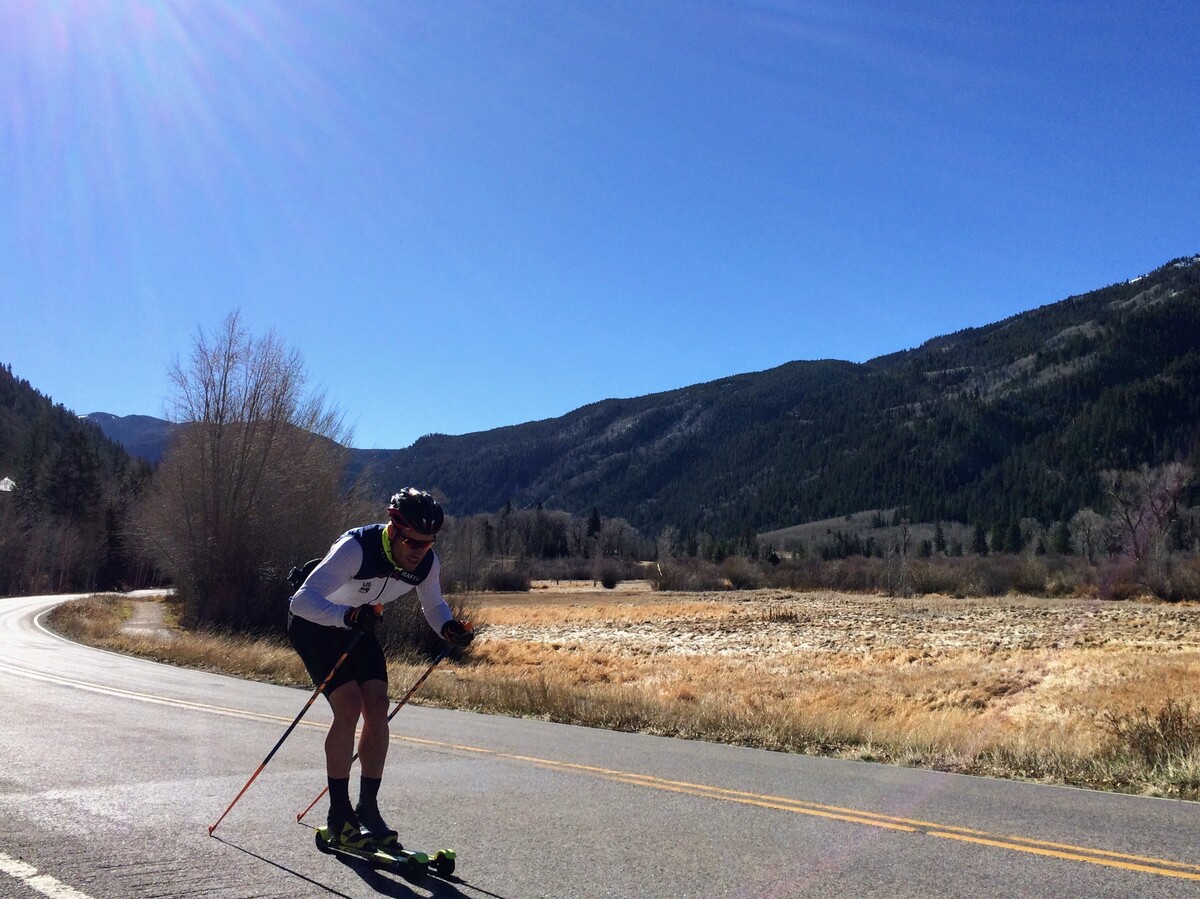 A missed turn on this ribbon of snow means skiers get grass stains, and that's the new reality of cross country skiing. Warming temperatures mean a later start to winter. Even after winter hits, more precipitation is falling as rain rather than snow. The lack of snow means ski areas have to fill in the gaps.

"There's not a whole lot ski resorts can do other than buff out snow-making," said Auden Schendler, vice president for sustainability at Aspen Skiing Company.

Most of the snow that cross country skiers race on is artificial. Resorts and cross country race venues across the world blow huge piles of man-made snow. They truck it across the landscape to create ski trails, and some resorts are even storing manufactured snow through the summer months to be sure they can provide skiing early in the season.

This sets up a tricky situation: a warming climate is undeniably detrimental to the ski industry. But Schendler said the man-made snow solution is just a Band-Aid, and one that actually aggravates the problem.

"You're using a very energy-intensive fix to deal with a changing climate and the fix cannibalizes the very climate you care about," Schendler said.

As global temperatures rise, researchers have tracked an upward trend in both the number of resorts that are making snow, and the number of acres they cover with the artificial stuff. Elizabeth Burakowski studies changes in winter climate at the University of New Hampshire.

"It is a challenge for professional athletes to say, walk the walk when it comes to carbon emissions," Burakowski said.

But snow-making technology is becoming more efficient, according to Burakowski. In terms of global greenhouse gas emissions, the industry is "probably a drop in the bucket."

"We see the changes to the climate on a yearly basis, and yet, we're burning huge amounts of fossil fuels flying from venue to venue, and then the snow that we ski on is incredibly energy intensive," Hoffman said.

Hoffman tries to offset the harm caused by his Olympic skiing dream by speaking out on environmental issues.

"I don't know how to settle those two sides of the coin in my own mind," he said.

But he thinks it starts with acknowledging his own role in contributing to the problem.