Accessibility links
Why The Zombie Craze Still Has Our Undying Affection Disney Channel's new high school zombie musical; The Walking Dead's ratings reign; the buzz for the new book Dread Nation: In pop culture, the undead persist after our brains. 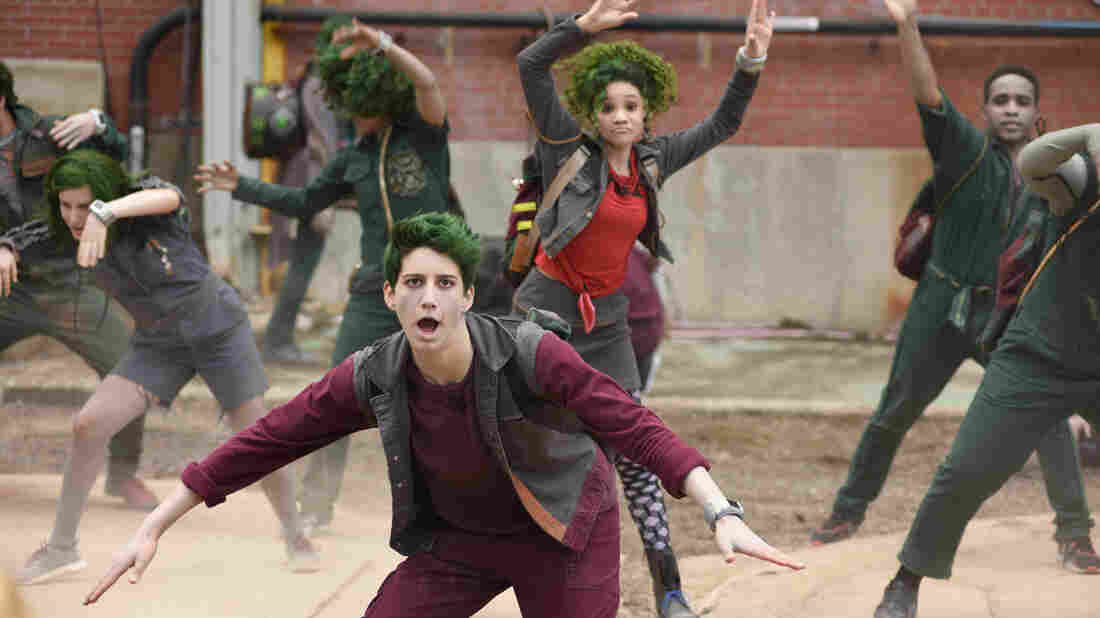 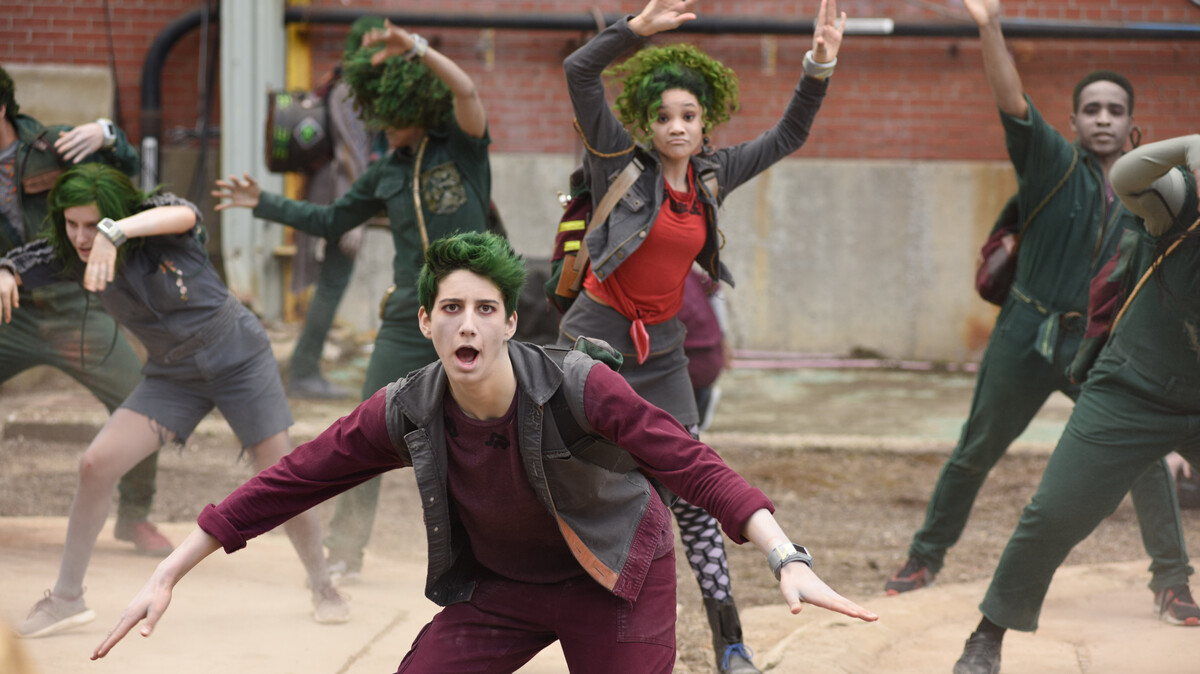 In Disney Channel's new original movie-musical ZOMBIES, a high school is integrated with zombie students, including the charismatic Zed (played by Milo Manheim).

Here's a serious pop culture conundrum. Why are we still so obsessed with zombies?

Maybe you've seen the movies World War Z and 28 Days Later and the TV series iZombie and Santa Clarita Diet. Or maybe you've read Zone One by Pulitzer-winning author Colson Whitehead or Pride And Prejudice And Zombies by Seth Grahame-Smith. Haven't you had enough of zombies over the last decade?

Evidently not. Just within the next two weeks, we'll see the return of the biggest basic cable hit in history — The Walking Dead, shambling back for its midseason premiere — and a new zombie movie starring Ellen Page (The Cured) and a Disney Channel musical about a teenage zombie heartthrob in love with a perky cheerleader.

'The Walking Dead' Returns To Form In Season 8 Premiere

ZOMBIES is the second Romeo-and-Juliet zombie romance to come out in recent years. (The first was the excellent indie film Warm Bodies.) Bringing zombies into Disney's more tightly controlled brand was a challenge for Joseph Raso, one of the movie's co-writers.

"The biggest thing we thought was going to be a problem was, like, brains," Raso says. "That zombies want to eat brains. We were going to put our flagpole on that. Zombies need to eat brains. It's just part of the lore. And Disney was like, 'Of course they have to eat brains!' "

Disney is somewhat late to the zombie party. Mattel and Nickelodeon have featured adorable zombie characters for years. Meanwhile, there is seemingly no end to the zombie movies and TV shows in the works, many startlingly specific. Netflix has announced a medieval Korean zombie series called Kingdom, premiering later this year.

All of which raises the question: Why won't this zombie trend just ... die? I asked pre-eminent zombie scholar Sarah Juliet Lauro, a professor at the University of Tampa. She published her first academic paper on zombies a decade ago.

"I never, ever thought that 10 years later, that zombies would be going so strong," she says.

Back then, Lauro made sense of the zombie craze by thinking of it through the economic meltdown: how zombies reflected our insecurities, helplessness and fragile safety net. Then, when Barack Obama was elected president, she saw a kind of cultural backlash in the form of The Walking Dead's apocalyptic, end-of-government fantasy in which everyone is on their own.

"And it really makes sense to have a gun in the basement because you really need it," she says. "And you have redneck characters who are heroes."

The Walking Dead's audience has sharply dropped from its record-setting peak several years ago, but even so, it's still one of the top shows on television. Its spinoff, Fear Of The Walking Dead, starts its fourth season this spring.

Every day is a new and terrible terror coming at you from the news, and it's just non-stop. ... And that's a great metaphor for a zombie invasion.

Meanwhile, few signs of zombie fatigue are evident in the publishing world. Author Justina Ireland has a historical zombie novel coming out in April, called Dread Nation, and a theory about why zombies remain so popular.

"Every day is a new and terrible terror coming at you from the news, and it's just nonstop," she says. "I think people are feeling overwhelmed. And that's a great metaphor for a zombie invasion. Like, that is the iconic scene for a zombie invasion, a horde coming to overwhelm a town or a mall or a handful of survivors."

Ireland admitted that she doesn't even like zombies very much. (They frighten her.) But she would like to see more stories about zombies rooted in their actual mythology in the trans-Atlantic slave trade. Haitian tales of the undead working in cane fields are part of that country's history of oppression and revolution. Ireland drew on those themes of power and powerlessness for Dread Nation, which is set during the U.S. Civil War.

"The zombies really represent this idea of slavery and how we never really addressed it," she says.

Slavery keeps rising up in the American unconscious, perhaps not unlike zombies rising from the dead. As for zombies' usefulness as metaphors, Ireland says it helps that they're so compelling.

"And so it's really easy to talk about very difficult subjects when you have this cool, neat thing as the apparatus," she says.

So it may be quite a while longer until zombies as pop culture phenomena have been done to death. Or, one might say: undeath.