Accessibility links
After Parkland Shooting, A Florida Gun Owner Gives Up His AR-57 After Wednesday's school shooting killed 17 people, Ben Dickmann decided to surrender his AR-57 rifle, a variant of the Florida shooter's AR-15 gun. NPR's Michel Martin asks him why made the decision. 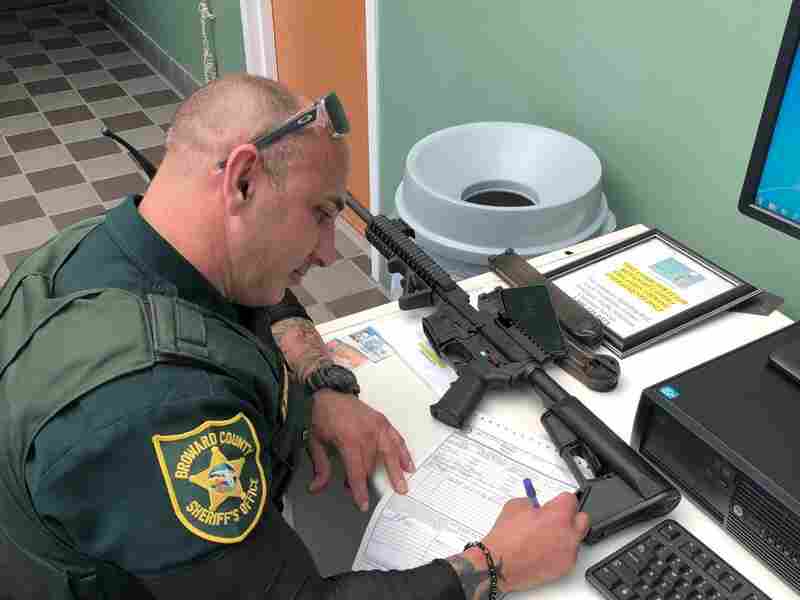 Ben Dickmann surrendered his AR-57 and two 50-round magazines to the Broward County Sheriff's Office Friday. His decision comes after a shooting at a high school in nearby Parkland, Fla. left 17 dead and others injured. Courtesy of Ben Dickmann hide caption 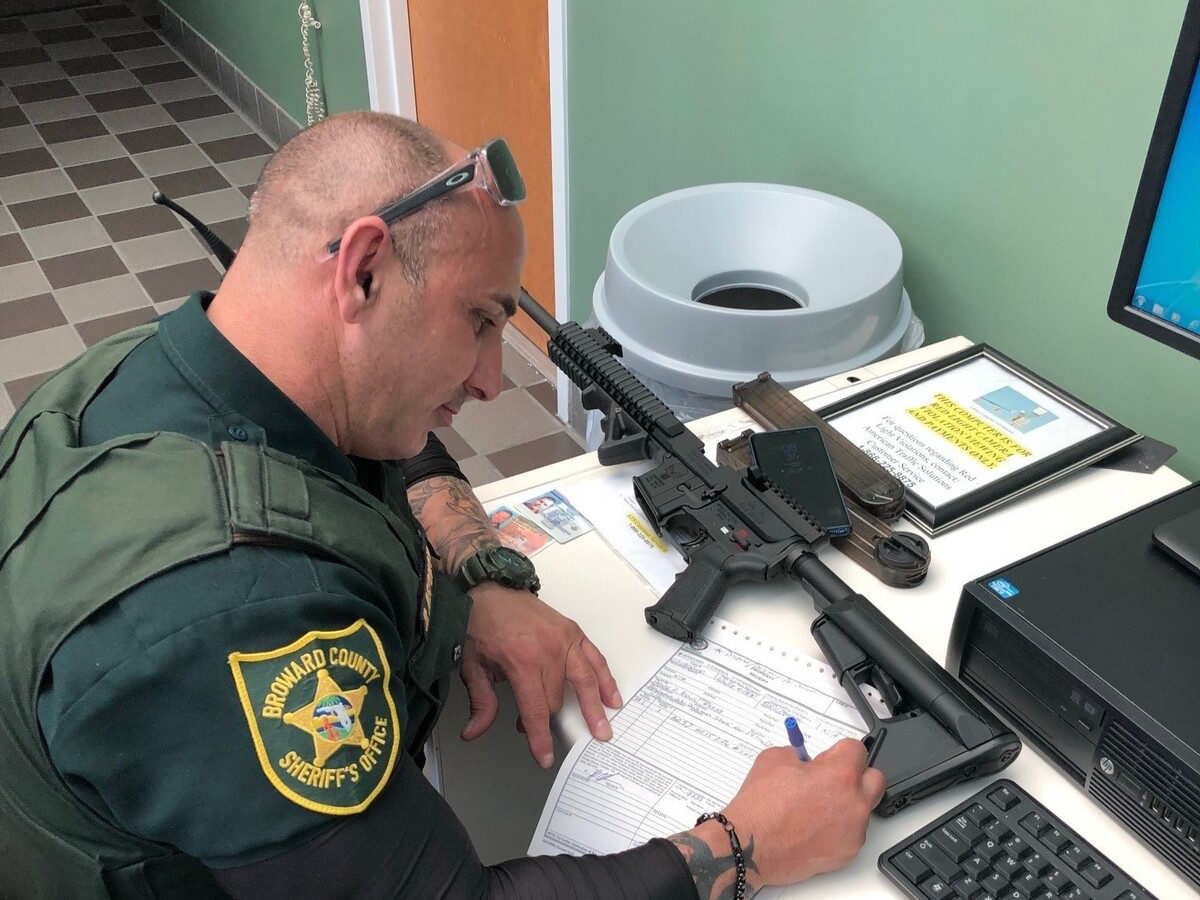 Ben Dickmann surrendered his AR-57 and two 50-round magazines to the Broward County Sheriff's Office Friday. His decision comes after a shooting at a high school in nearby Parkland, Fla. left 17 dead and others injured.

Ben Dickmann has been hunting since he was a child. The 40-year-old Florida man enjoyed going out on the gun range to practice firing at targets and was the proud owner of an AR-57, a semi-automatic rifle.

But, after 17 people were killed at Marjory Stoneman Douglas High School by a former student using a semi-automatic rifle, Dickmann, who lives just over 30 minutes away in Fort Lauderdale, did something unexpected.

Dickmann turned in his AR-57 to the sheriff's office and asked them to destroy it. He posted about it on Facebook, and that post has now gone viral. It's been shared more than 100,000 times.

Dickmann spoke to NPR's Michel Martin about his love of the firearm and why he decided to give it up.

On the decision to turn in his AR-57

It's come after a lot of soul searching. Everybody always says - you know, it's the big argument right now - everybody's offering thoughts and prayers but nothing else. And I thought, well, this is something I can do that I think is right. And it's something I can do that might spark a change. You know, my whole goal was maybe to inspire one friend on my Facebook page to do the same thing. And maybe that friend would inspire one other person. And who knows? I totally didn't expect for this to go the way it did and as fast as it did.

On the issue of obtaining a concealed carry/weapon permit

The concealed weapons permit program here in the state of Florida, as far as I'm concerned, is a joke. Literally, it's three hours of PowerPoint, and then you go down to the range with a very, very low caliber handgun, and you have to put five out of 10 rounds on a paper plate at 5 feet. Probably half the class that I had are people that had never touched a gun before in their life.

On the challenge to give up his AR-57

After Las Vegas, I had thought long and hard about it, and thought, well, you know, it's not hurting anything sitting in my gun safe here. But it wasn't really until this last tragedy at Stoneman Douglas where it really hit home with us - and me.

Actually, one of my friends on Facebook rather sarcastically said, well, if you really feel this way, why don't you go turn in your gun at Broward Sheriff's Office? I'll even drive you. And that's what spurred me to think. Even though he was being extremely sarcastic about it because he's a very staunch conservative, gun rights activist person, it kind of spurred me to say, you know what? Yeah, I'll do that.

On what he plans to do next

For me, to be honest, I'm not sure. It's a lot to process, and nothing that I had this grand master plan going into this for. So I'm happy that this sparked a debate and hopefully causes some action. I hope somebody - be it the students, be it the next generation - picks up the torch and does something.