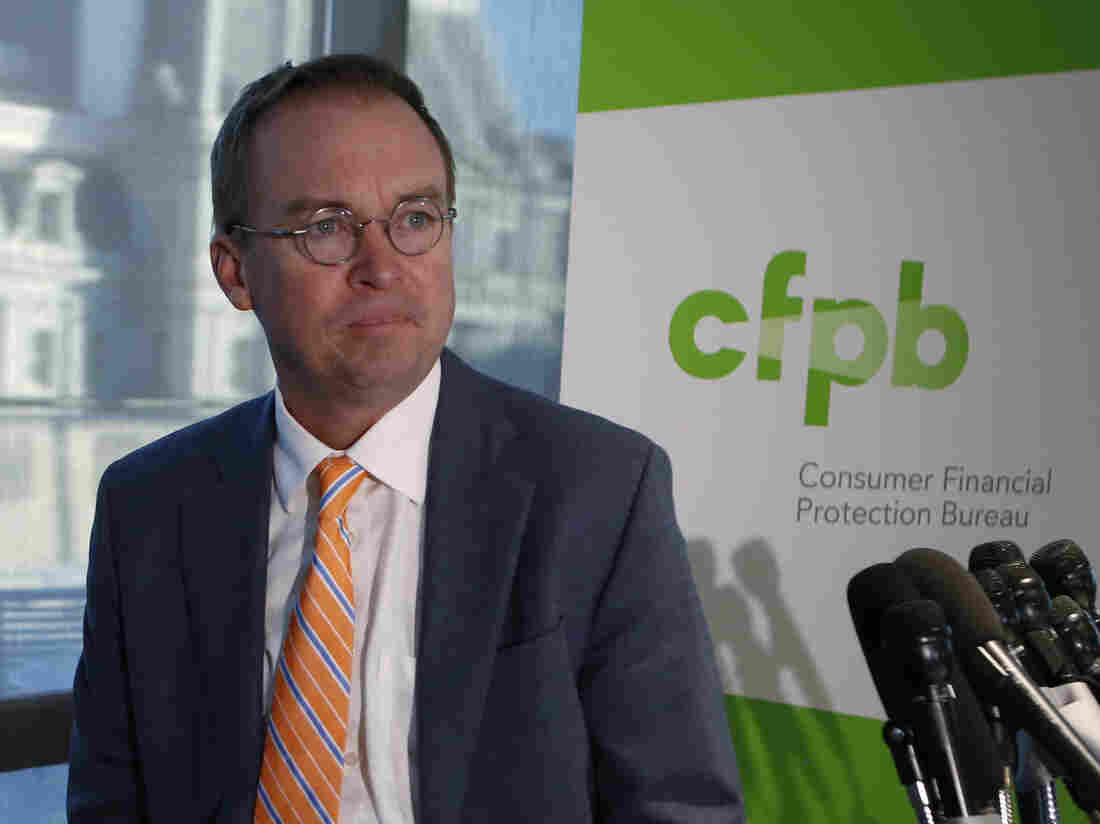 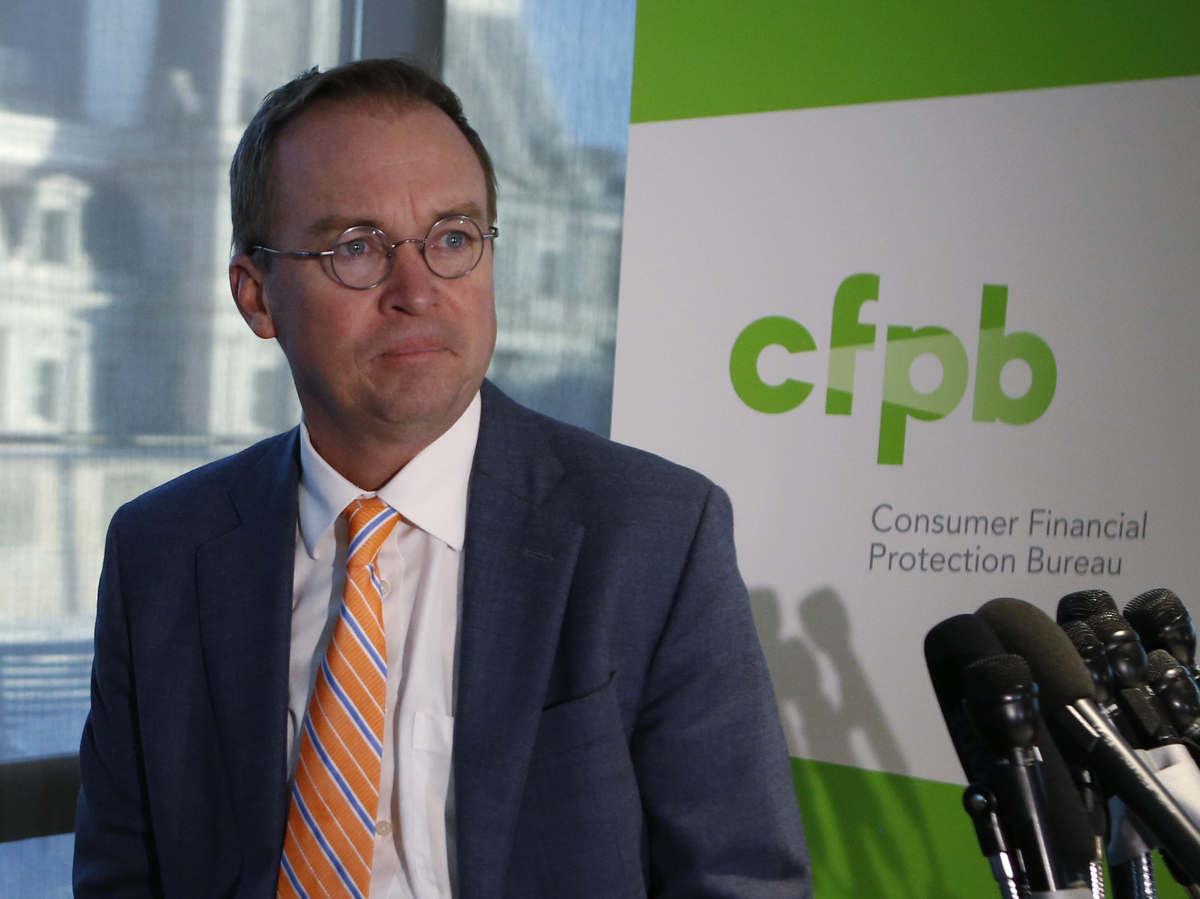 The Trump administration is proposing to dramatically cut funding for the Consumer Financial Protection Bureau, a move critics say is an ongoing assault on the 7-year-old agency.

The bureau was championed by Elizabeth Warren and other Democrats and created in the wake of the financial crisis to protect Americans from getting ripped off by financial firms.

The White House proposal would chop funding for the CFPB by about $150 million — or a quarter of its budget. Such cuts would mean "massive layoffs and disruptions," says Mike Calhoun, the president of the Center for Responsible Lending. That would "make it hard for it to do its job — a job that it's been doing incredibly well," he says.

Financial watchdog groups such as Calhoun's say the agency has been paying for itself many times over. Part of its mission is to go after companies that swindle consumers to get people their money back, "so far returning over $12 billion in relief to consumers who were treated illegally by financial companies," Calhoun says. So in that sense, the CFPB is returning far more money to taxpayers than it's costing them.

But some Republicans think the bureau is too powerful and has been too aggressive in crafting new regulations and suing financial firms. And President Trump appointed one of the agency's harshest critics to be its interim director.

As a congressman, Mick Mulvaney sponsored legislation to abolish the CFPB, and he still doesn't speak very highly of the agency he's leading. Speaking on CBS' Face the Nation, Mulvaney said the CFPB "has no accountability to Congress. It is perhaps the most unaccountable bureau or agency there is."

He said he wants to run the agency "with a good deal of humility and prudence." But critics say Mulvaney is not being humble, he's being reckless.

Under Mulvaney, the bureau has put on hold new regulations for high-interest payday lenders. And it's dropped an investigation into a a payday lender that contributed to Mulvaney's campaign when he was in Congress. Mulvaney has said he doesn't think those contributions create a conflict of interest.

And now Mulvaney has proposed steep budget cuts. He says he's not "gutting" the agency, but Democrats vow they won't take the move sitting down.

"We will fight any effort to defund the CFPB," says Sen. Chris Van Hollen, D-Md. Van Hollen pressed Mulvaney in a hearing this week about the agency head's decision to drop a lawsuit against an online lender called Golden Valley. The lawsuit said the lender is charging illegal and predatory interest rates.

Van Hollen: "950 percent interest rates. ... this is higher than Mafia loan sharks. Were you part of the decision to drop the case against Golden Valley?"

Van Hollen: "I'll follow up with that. I think it's an outrageous decision."

Van Hollen says an NPR report this week prompted him to start looking into the lender. That report said Mulvaney dropped the lawsuit even though the entire professional career staff at the bureau wanted to press ahead with the case.

Van Hollen says he wants a full accounting from Mulvaney about why he did that. "It's pretty clear right now, if left to their own devices, Mulvany and the Trump administration will essentially turn the keys to the agency over to the very people who are cheating consumers," Van Hollen says.

The CFPB gets its funding from the Federal Reserve, not Congress. But if Mulvaney tries to slash its budget, Mike Calhoun of the Center for Responsible Lending says Congress could act to block the move.

Polls show that the CFPB is popular with voters of both parties. So Calhoun says some Republicans might join Democrats to protect the agency.