Accessibility links
Why Employers In Georgia Are Watching The Immigration Debate Closely In Dalton, Ga., the self-proclaimed "carpet capital of the world," business leaders are worried about what will happen if DACA protections disappear.

Listen · 4:27 4:27
Why Employers In Georgia Are Watching The Immigration Debate Closely 4:27 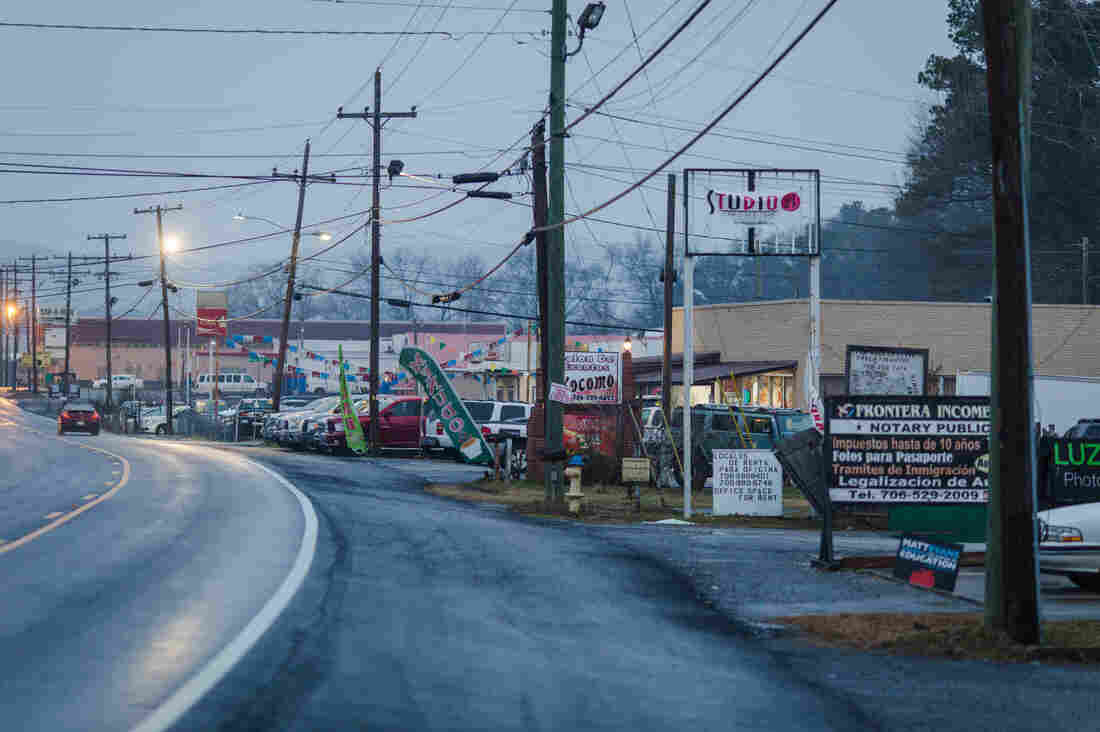 Along this road are several businesses in Dalton, Ga., that cater to the town's large Hispanic population. As many as 4,000 DACA recipients live in Dalton, and many work in the carpet industry. Kevin D. Liles for NPR hide caption 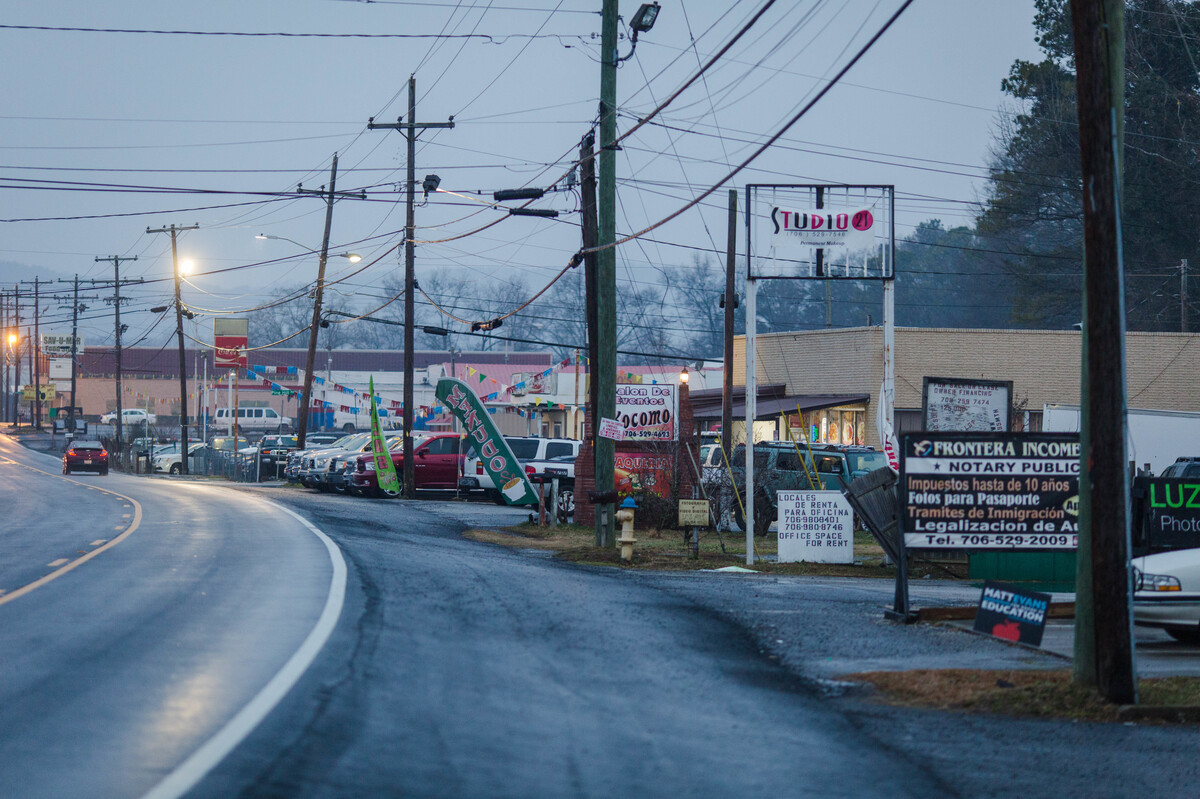 Along this road are several businesses in Dalton, Ga., that cater to the town's large Hispanic population. As many as 4,000 DACA recipients live in Dalton, and many work in the carpet industry.

As the Senate tries to hash out a deal on immigration, it's not just immigrants that have a lot at stake. So do the businesses that hire them.

"We are suffering very much from shortage of labor — skilled labor — here in Dalton," said Ahmed Salama, the CEO of Oriental Weavers USA, the American branch of a giant Egyptian company. Salama recently showed me around his factory in Dalton, Ga., where hulking machines weave bright-colored yarn together.

How Metro Atlanta Became A 'Pioneer' Of Immigration Enforcement

Dalton bills itself as the "carpet capital of the world." Wall-to-wall carpeting was basically invented here after World War II. Today, Dalton is ringed by big factories that make most of the carpet sold in the U.S.

It's a conservative corner of northwest Georgia where Donald Trump won more than 70 percent of the vote. But even here, some employers are nervous that the Trump administration's immigration policies will make it harder to find enough workers.

"Two years ago, I wish I'd had this problem, because you could've wallpapered our office with the resumes," said Layton Roberts, the CEO of Employment Innovations Inc., a staffing company in nearby Rome, Ga. Roberts says he's scrambling to fill hundreds of job openings.

Business is booming in Dalton. The town has finally bounced back from the Great Recession, when it suffered some of the worst job losses in the country. Now employers here have a different problem: too many open jobs, and not enough applicants to fill them.

Roberts supports President Trump, who he thinks has been good for business. Still, Roberts is anxious about what the president's immigration policies could mean for the local economy. He's particularly concerned about the future of DACA, or Deferred Action for Childhood Arrivals.

DACA allows undocumented immigrants brought to the country as children to live and work here.

"What kind of impact, if those folks are gonna be deported, what's that gonna have on the labor force?" Roberts asked. "It's a legitimate question." 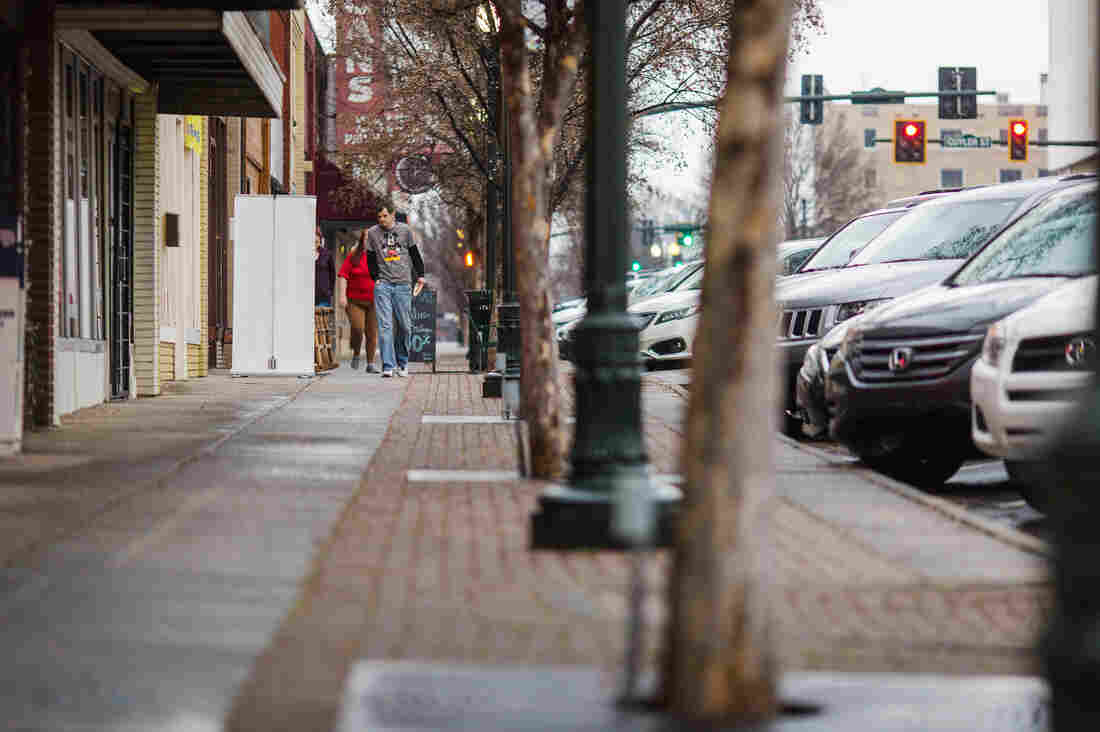 Dalton, Ga., suffered some of the worst job losses in the country a decade ago. Now employers here have a different problem: too many open jobs, and not enough applicants to fill them. Kevin D. Liles for NPR hide caption 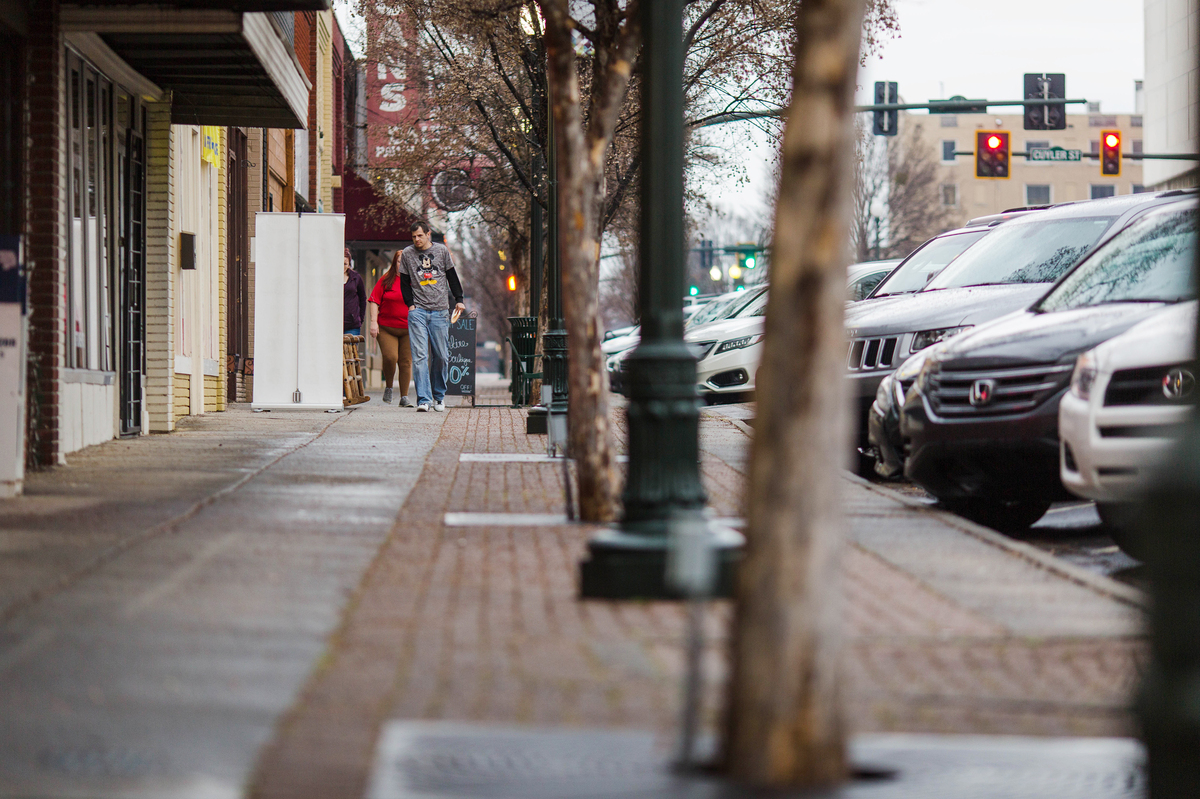 Dalton, Ga., suffered some of the worst job losses in the country a decade ago. Now employers here have a different problem: too many open jobs, and not enough applicants to fill them.

DACA is now at the center of the immigration debate on Capitol Hill, and in the courts. The Trump administration moved to end the program, saying that Congress needs to come up with a replacement. And employers in Dalton are worried about what happens next.

"DACA has been a big issue for us," said Rob Bradham, president of the Greater Dalton Chamber of Commerce. "Just because they're valuable employees to our industries, and we don't we don't want to lose them." Bradham says as many as 4,000 DACA recipients live in the Dalton area.

That's not the only thing employers here are worried about.

The Trump administration has also threatened to crack down on businesses that hire undocumented immigrants. In Dalton, that's bringing back memories of the 1990s, when immigration authorities raided some of the biggest carpet mills in town. Now, U.S. Immigration and Customs Enforcement is talking about ramping up workplace raids again.

Full Employment: Are We There Yet?

"This year you're gonna see a significant increase in worksite enforcement," ICE acting director Thomas Homan says. "We gonna hold employers responsible, and take action on the employer. Plus we're going to arrest the illegal alien that's working at the site."

In Georgia, this should not be a problem. The state passed a law a few years ago that requires big employers to use the federal E-Verify system, an online tool that reviews paperwork Internet to ensure that workers have legal status.

But immigration lawyers say in practice, the system isn't foolproof.

"There are some employers in this area that I know of that do hire a lot of illegal immigrants, that do not have status," said Joseph Baldwin, a local immigration attorney. He says he's gotten calls from nervous employers.

"They're saying, I can't afford to lose these employees that are really sort of running things here," Baldwin said. "You know these guys have no criminal records. They've got families. They're really part of my family now. What can we do? Unfortunately, more times than not, the answer is, there's no solution."

Community leaders told me that only about 10 percent of immigrants in Dalton are here illegally, and that most do have legal status. Some have lived in Dalton for decades, raising families and starting businesses here.

Mariscos Puerto Vallarta is a seafood restaurant in Dalton that's owned by Mexican immigrants. Over a lunch of ceviche and fish tacos, several local businessmen said that fear and uncertainty hang over a lot of families here.

"A family that has someone with DACA, they don't know yet what's gonna happen," said Francisco Paniagua, who owns two car dealerships in the Dalton area. "All these people, they could buy houses. They could buy cars, whatever. But they are afraid. They are not spending money right now, I think."

These community leaders say that's a problem for business. And the region's economy, too.