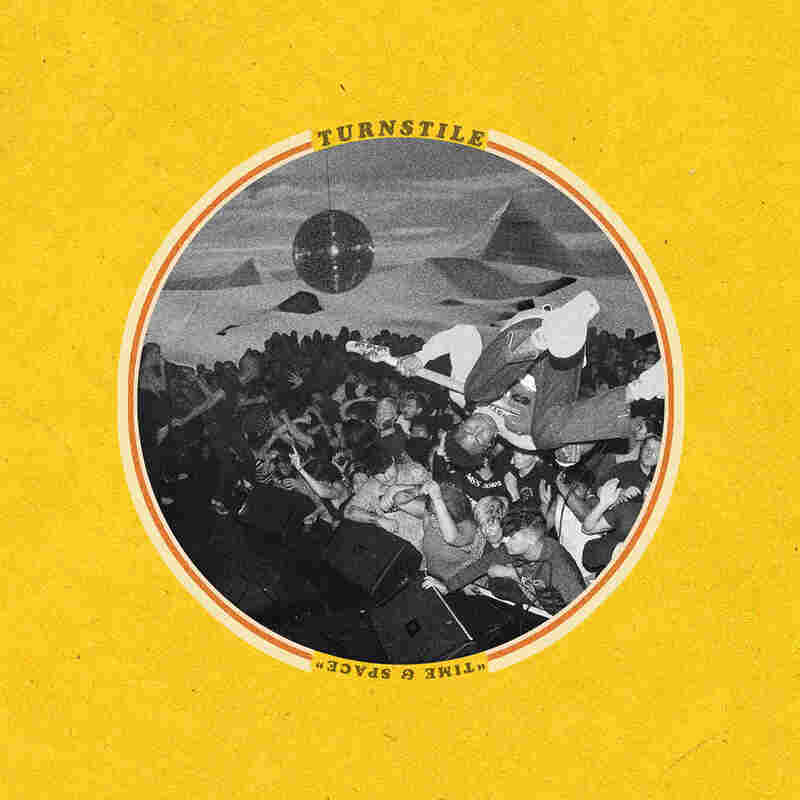 The mosh pit is a moving masterpiece. In the sweat-stained mass, you engage a lineage that extends not just to Bad Brains but to a history of collective motion in riots, protests and crowds — motion that seeks change, devotion, sacrifice, sick stage dives. Step back from the vortex and the scene becomes psychedelic, a surging splatter of limbs and hair. A body falls, the mass makes space. A microphone drops from the vocalist to the audience, the mass moves forward. A dipwad disregards all humanity to karate kick his surroundings, the mass moves far away and judges him mightily (it's almost always a dude).

Hardcore shows are like Peter Paul Rubens paintings animated, but instead of a thunderbolt to the head, there might be a boot instead. It's an unruly good time, and depending on the size of the room, nearly impossible not to get involved. For a few records, Turnstile's turnt-up hardcore has been built for this experience, with grooves and breakdowns and shout-alongs not-so-conspicuously written to stir the frenzy. Comparisons to Rage Against The Machine and straight-edge hardcore heroes Snapcase were not unfounded, and, to be honest, Turnstile took the best parts and ran with them.

Turnstile's Time & Space (out Feb. 23 on Roadrunner Records) gets off the stage and into the studio to solder its wild psychedelia into stained glass. Producer Will Yip, having engineered particularly risky, style-shifting records for Code Orange, La Dispute and Title Fight, is good for this exact thing: exploring and enhancing unconventional punk and heavy bands. The first three tracks exhibit Turnstile's progression from all-out punk rage ("Real Thing") to garage-rock swagger ("Big Smile") to whatever the hell "Generator" is, perhaps best described in a multi-hyphenate as psychedelic neanderthal-thrash-pop-punk. Yip's production is bombastic, but dynamic; he fosters weird, unpredictable moments, like when Brady Ebert inexplicably (and, it should be said, goofily) shreds guitar over hand claps.

Turnstile still delivers the mesh-shorts jams, it should be noted. There's the flange-y, Jane's Addiction-wailing boot-stomper "Can't Get Away," the rollicking "Come Back For More" and "High Pressure," punctuated by pounding keyboard a la Andrew W.K. Leading the charge is Brendan Yates, a veritable hardcore hypeman to spur on the madness, whose raspy yelp has developed some range here. But he also cedes the mic to bassist Franz Lyons, whose voice croons on the melodic pop-punk tune "Moon" (Sheer Mag's Tina Halladay sings backup) and offers some robotic soul to the chorus of "Right To Be," another multi-hyphenate question mark of a song that features additional production from Diplo.

There's just so much sound to digest on Time & Space, which is remarkable given that it's only 26 minutes long. But how the songs on this record play out in the pit remains to be seen. Turnstile clearly lives by the stage and dies by the stage. Perhaps the lush, but still primal production and mercurial songwriting will take on new forms in a live setting. In any case, Turnstile's studio experiment is but a ledge to leap headfirst into the moshing throng.