Accessibility links
'Shape Of Water' Actor Explains Makeup, Body Language And Bathroom Breaks Doug Jones has made a career out of playing strange, otherworldly creatures. "I find the heart and soul of a character before I find his elbows and his hands," he says. 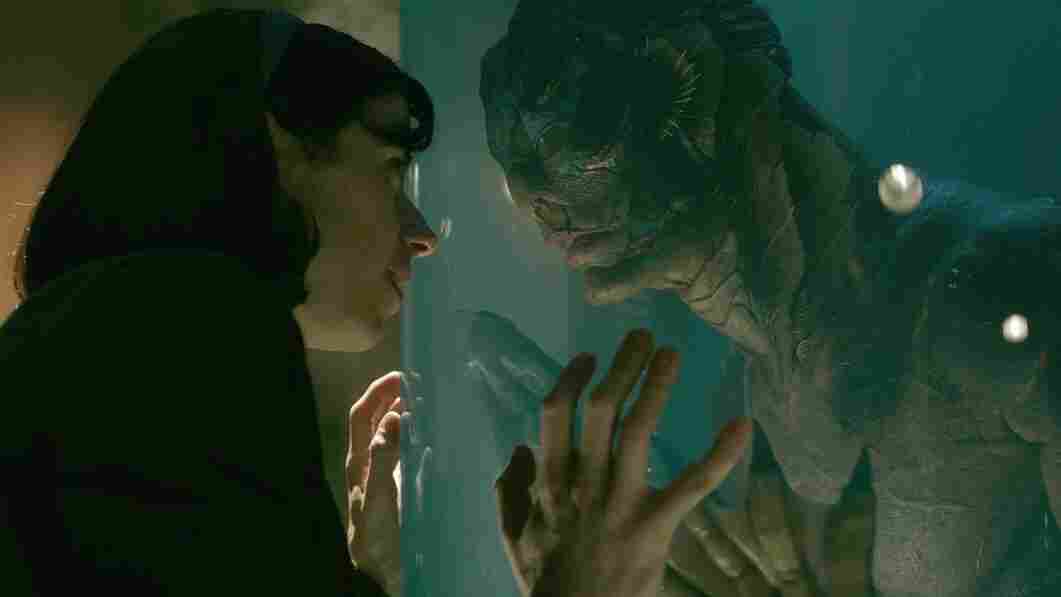 Doug Jones plays an amphibious fish man who strikes up a romance with a mute woman (played by Sally Hawkins) in The Shape of Water. Courtesy of Fox Searchlight/Twentieth Century Fox hide caption 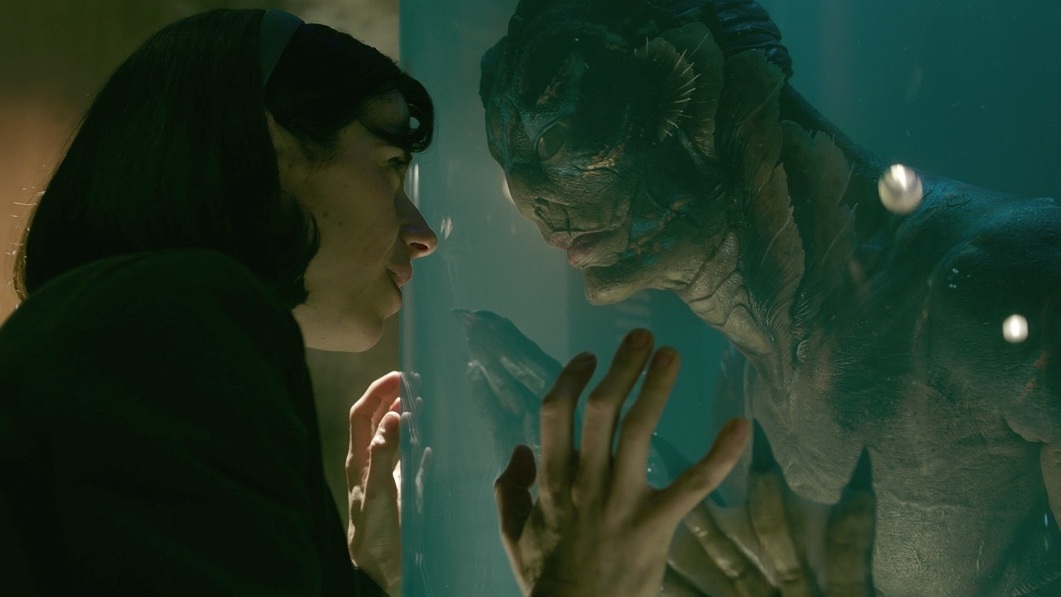 Doug Jones plays an amphibious fish man who strikes up a romance with a mute woman (played by Sally Hawkins) in The Shape of Water.

In more than three decades of work, Doug Jones has carved out a niche in the acting world by playing strange and otherworldly creatures. He was a demonic superhero in Hellboy and a monster with an appetite for children in Pan's Labyrinth.

But there was one storyline that proved elusive: Jones says, "I never saw romantic leading male [stories] coming with any creature roles."

That's changed with his latest film. In Guillermo del Toro's Oscar-nominated The Shape of Water, Jones plays an amphibious fish man who strikes up an unlikely romance with a mute woman.

"I find the heart and soul of a character before I find his elbows and his hands."

Though Jones was initially skeptical about his character's storyline, he says, "If anyone could pull off a fish man from the Amazon being a love interest to the beautiful Sally Hawkins, it would be Guillermo del Toro."

For his part, Jones says he approaches his creature roles as he would any human character: "I find the heart and soul of a character before I find his elbows and his hands. I want to find out what motivates those elbows and hands."

On what Guillermo del Toro envisioned for the fish man

So I had to incorporate all of that into this. And he said, "And while you're at it, sprinkle in some matador!" So I'm like, "Oh, OK." I understood exactly what he meant immediately, though. Matadors, if you ever see a bull-fighting toreador, how graceful they are and how confident they are and how they lead with the hips and the pelvis. It's sexy and graceful all at the same time, and very athletic and very fearless. ... That's kind of what I did.

On performing "visual dialogue" as the fish man

When you think about dialogue and people communicating, so much of our communication is visual: how you hold your hands, how you're postured, what your body language is, expressions on your face, the tilt of the head. That can change all the words you say. So when that's all you have to work with — along with [Hawkins' character] using American Sign Language — that kind of upped the stakes on what we had to give visually. ...

And I could not use my human instincts to respond. So if someone's talking to me, I had to think: OK, so when you talk to the family dog, 'You're such a good boy, Fluffy,' the dog does not say, 'Yes, Daddy, I am a good boy,' and give you a thumbs up. They tilt their head. They raise their ears. They wag their tail. They ruff at you. So they have their own ecosystem to respond with. So I had to find my own ecosystem with this fish man character, and that's kind of what helped me, was to think of the family dog.

On the challenge of acting in a creature suit

Any creature suit that I've worn over the last 31 years hampers your eyesight, your hearing. You basically become a nursing home patient; you need help getting around. The irony of that is usually you're playing a being that has superhuman strength, [but] you need help walking to the set.

So this was no different. My vision was very impaired and my hearing — my ears were covered with latex foam rubber. And the gills were right next to my ears as well, and they were mechanically operated. So I would hear [mechanical noises] in my ears as a scene is progressing, so you kind of have to blot that out. 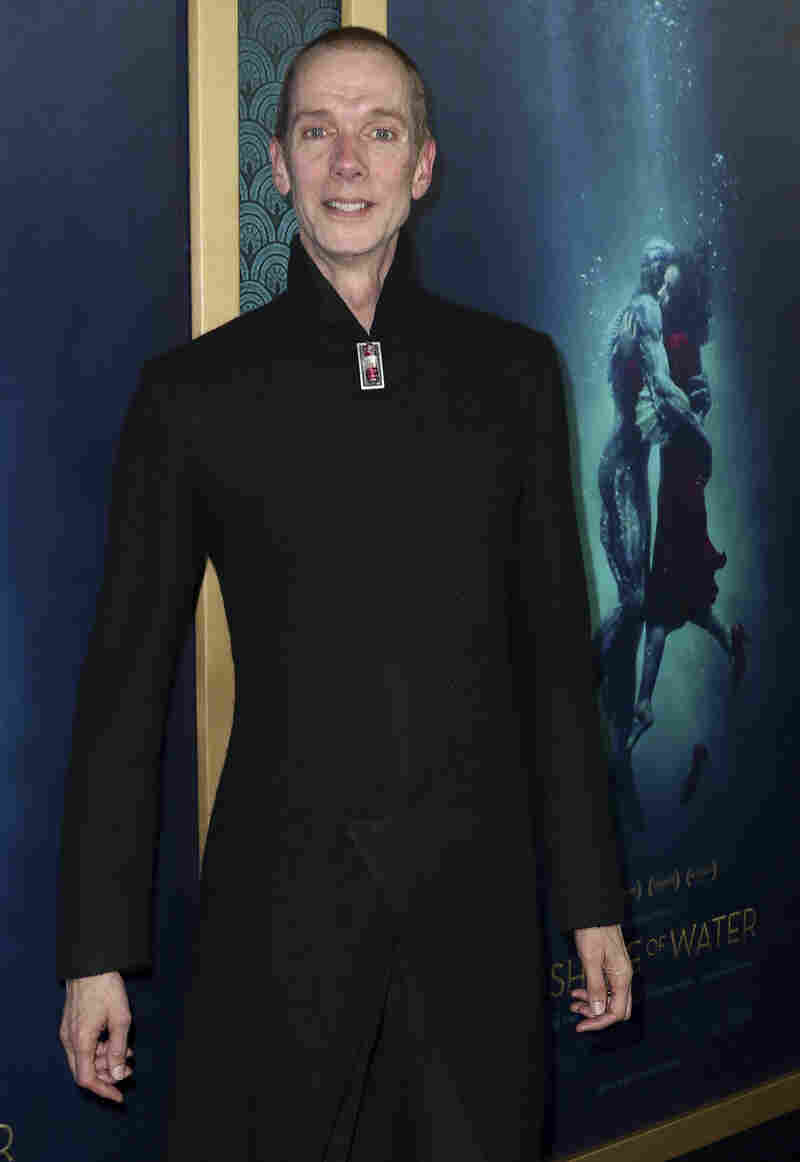 Jones arrives at the LA premiere of The Shape of Water on Nov. 15, 2017. Willy Sanjuan/Invision/AP hide caption 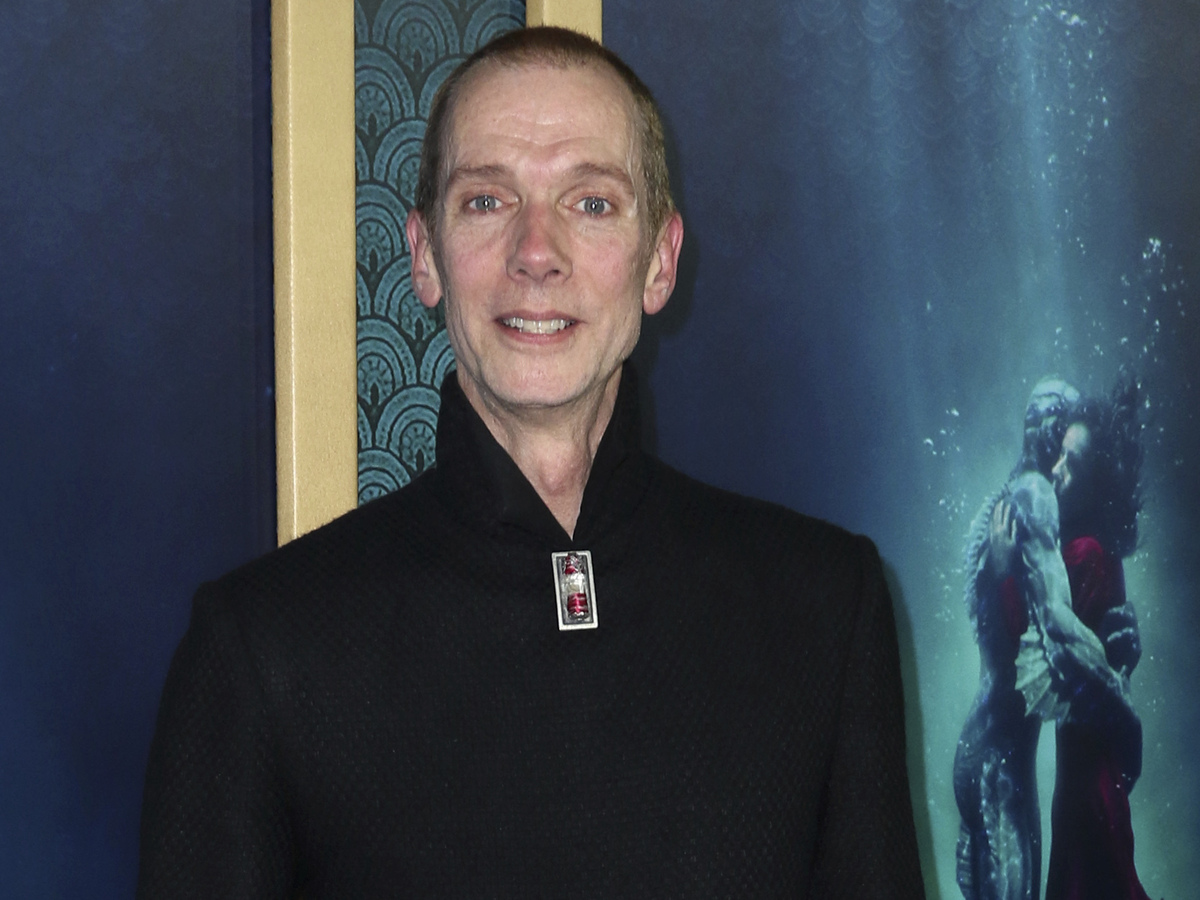 Shape of Water was much kinder and gentler — that was only three hours. But that's three hours on set when the makeup artists are applying the pieces to the actor. What happens beforehand is a huge share of the work. That would be all the sculpting, the molding, the running of pieces, the painting of those pieces ahead of time, so that the makeup artist on set can then blend the colors together with all the pieces that are now glued onto you.

So once you're done with that makeup process, you still are looking at a 10- to 12-hour shoot day, and then you're looking at a tear-down period. ... The Shape of Water, the amphibian man, was a quick one because it went on in only three hours, it was less glued down makeup and more suit, therefore it came off faster. So we got that off in about 40 minutes.

On taking bathroom breaks when wearing a creature suit

It depends on the creature. Every one of them is different. If there's zippers and things that can be pulled down, you're good to go. If it is a rubber suit from head to toe that is a creature that is not wearing clothing — like the amphibian man from The Shape of Water -- now you're looking at hiding a front flap [so] that I can go No. 1. ...

But that behind of mine, that backside of the fish man — which was very sexy — that sexy backside came at a cost. There was no back flap. So I had to take care of all that business ahead of time and make sure that I can make it through an 18-hour day without having to use that back. ... We were filming this with me at 56 years old — I'm 57 now — and I'm thinking, "Hmm, how many more of these do I want to do?"

Heidi Saman and Mooj Zadie produced and edited this interview for broadcast. Bridget Bentz, Seth Kelley and Nicole Cohen adapted it for the Web.