Accessibility links
Conservative Critics Disagree With Calls For Stricter Gun Laws Student activists are calling on the country to pass stricter gun legislation but some believe shootings are caused by societal issues, not the availability of guns. 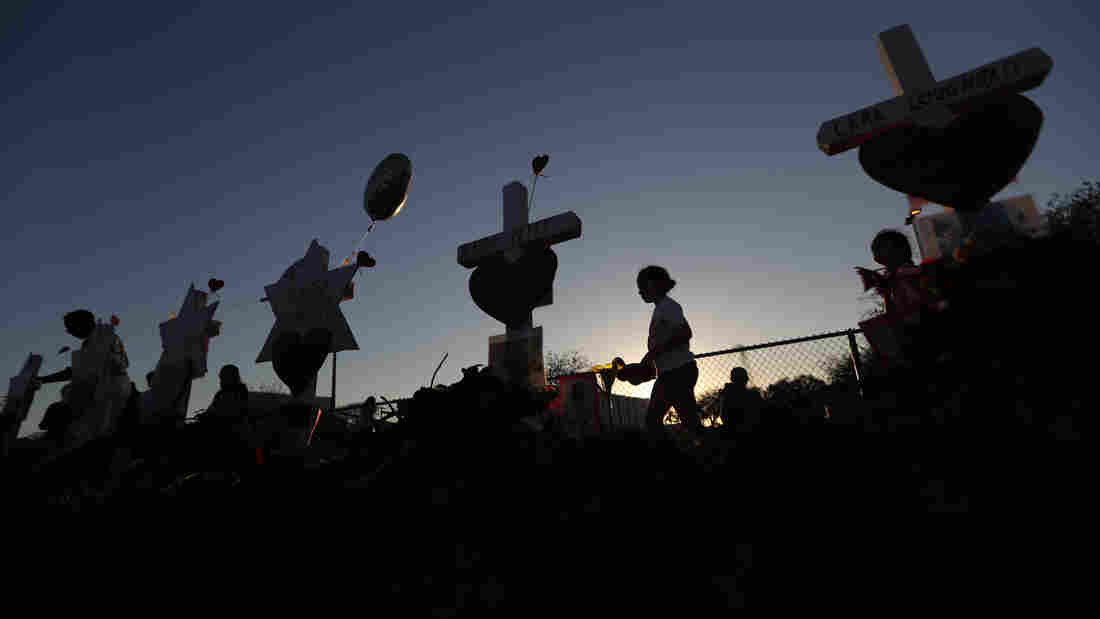 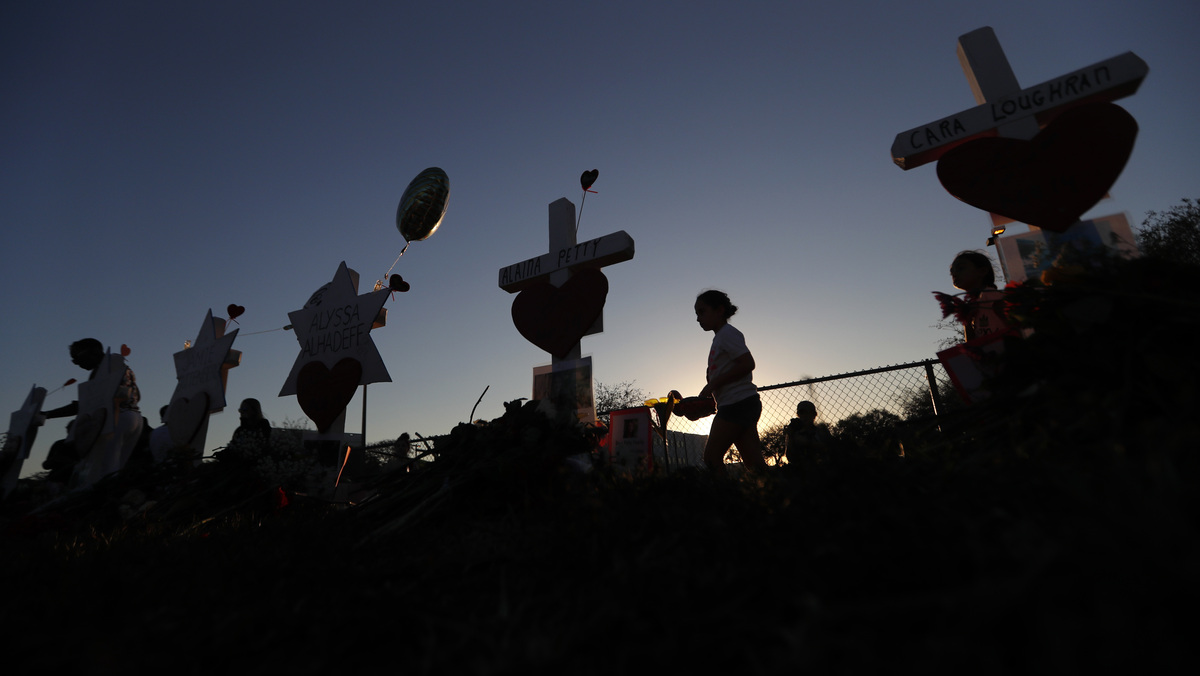 In the week since a gunman murdered 17 in Parkland, Fla., Marjory Stoneman Douglas students have organized a national campaign against school violence with a forceful, simple message for the country: Never Again. They say, in order to prevent the next school shooting, America needs stricter gun laws, safer schools and for the National Rifle Association to get out of politics.

And their message is being heard — on TV and across social media. "Everyone's listening, everyone cares. Change is going to be seen everywhere," junior Cameron Kasky said.

But there is one place where the Parkland students and their campaign have fallen flat: conservative media.

Students Who Lived Through Florida Shooting Turn Rage Into Activism

Most conservative media reject the idea that shootings like the one in Parkland are a gun issue. The real concern isn't that semi-automatic rifles like the AR-15 are widely available and can be purchased for less than you would spend on a good bicycle. Instead, they argue that the real crisis involves a breakdown in the fabric of American society, disintegrating families, and a lack of Christian values.

And it's a message Republican politicians in particular hear a lot in the media they follow most closely. It was echoed in President Trump's speech to the nation right after the Parkland shooting. "We must also work together to create a culture in our country that embraces the dignity of life," Trump argued.

On the TV, websites and talk radio favored by tens of millions of Americans, the student activists are either invisible or they face fierce criticism. During an appearance on "Fox News Sunday" with Chris Wallace, radio host Rush Limbaugh described the student survivors as articulate and angry, but he also said they're being used by the left and by Democrats in a bid to take away people's gun rights.

The real answer, Limbaugh said, is more guns in schools: "The solution, to me and I know this is going to cause all kinds of angst, the solution is we need concealed carry in these schools." He went on to argue that rallies and marches and attacks on the NRA won't make kids or teachers safer.

"Every thoughtful person knows something horrible is going on in American society," said Tucker Carlson, founder a popular conservative website called Daily Caller. He spoke on his show on Fox News. "Tragedies like this happen for a reason, and it probably doesn't have a lot to do with guns."

A lot of Americans agree that guns aren't the problem. "Unfortunately, there's evil in the world," said Mimi Garcia from North Carolina who was visiting the Parkland area this week, donating blood after the shooting. "You know, people are just going for that instead of, you know, [choosing] peace, love and God," she argued.

If you believe that society is breaking down, then more guns might seem like a reasonable response, a last-ditch way to keep teachers and students safe. "I feel like they should put guns in the classrooms now with the teachers," said Sabrina Belony, a stay-at-home mom in Fort Lauderdale.

"I feel like teachers should be trained to be armed for something because teachers lost their lives trying to protect his class."

The kids who formed the Never Again movement have no patience for this idea that culture is to blame for Wednesday's massacre. They say Parkland is already a great town, a tight-knit community with strong values. They say the real problem is that weak gun laws allowed one deeply troubled teen to buy a semi-automatic rifle legally.

So far, the students seem to be holding their own against the conservative media's very different narrative about Parkland. At an anti-gun rally over the weekend, Emma Gonzalez, a Marjory Stoneman Douglas High School senior, criticized "every politician who is taking donations from the NRA, shame on you."

That line sparked a roar of applause from the crowd and was followed by chants of "Shame on you! Shame on you!" Video of Gonzalez's speech went viral on social media. The students have scheduled a town hall-style meeting Wednesday that will air on CNN. Florida Republican Sen. Marco Rubio, an outspoken ally of the NRA, is scheduled to be there.

"Thanks for invitation," Rubio tweeted. "Look forward to participating in this important forum. I want action too. Action that will make a difference."