Accessibility links
Remember The Band Sports? Guess What. Now It's Remember Sports After a location and name change, Remember Sports has re-emerged as a pop-punk band that'll be hard to forget. Hear the first single from Slow Buzz, out May 18.

Songs We Love: Remember Sports, 'Up From Below' 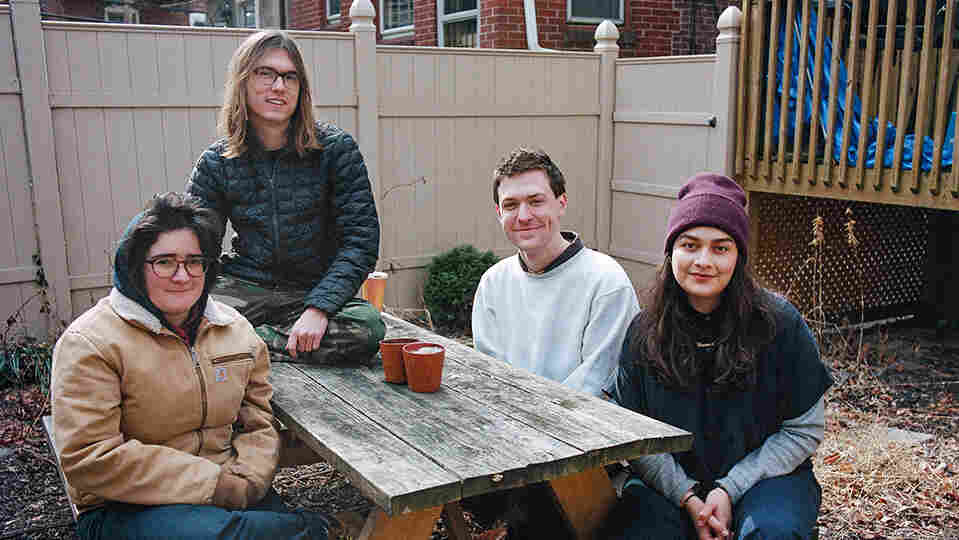 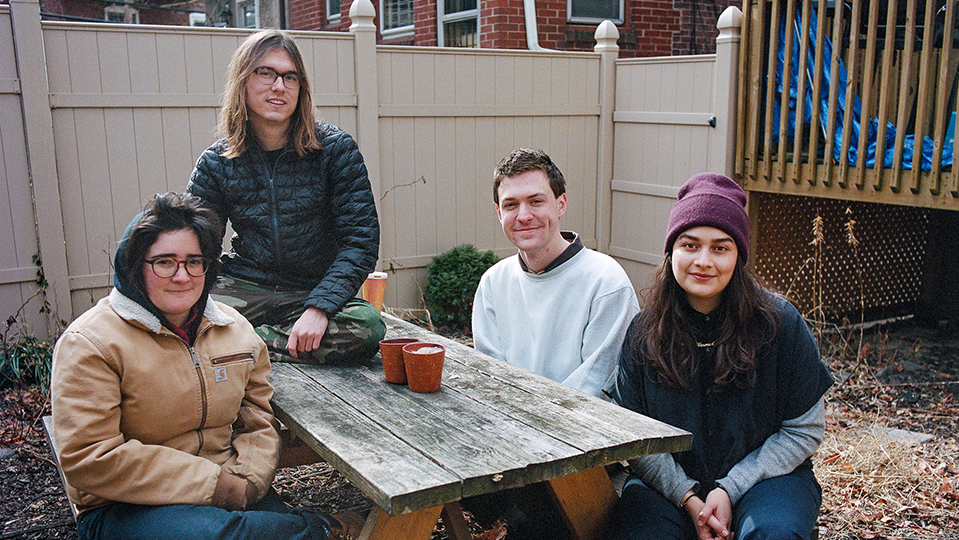 Remember Sports' new album, Slow Buzz, comes out on May 18.

Carly Hoskins/Courtesy of the artist

Do you remember Sports?

The ecstatic and earnest pop-punk band formed while attending Kenyon College in Ohio, but just as it was releasing its second album, 2015's All Of Something, the future seemed in doubt. Following graduation, several members were set to move away and scatter to attend more school or pursue jobs, and at a time that should have been one to celebrate, tour and reach new fans, the album felt more like a goodbye swan song instead. Thankfully, the band endured. With guitarist and vocalist Carmen Perry, guitarist Jack Washburn, and bassist Catherine Dwyer all relocating to Philadelphia, and with the addition of a new drummer in Connor Perry, the band is poised for a promising second chapter — albeit with a moniker-switch to mark the occasion.

Now known as Remember Sports, the band cleverly nods to its past, while also alleviating confusion after some fans accidentally, hilariously showed up at the wrong gigs for another band called Sports. "We started out as a college band with a meaningless, haphazardly chosen name and no expectations of continuing to make music together after graduation," the band tweeted last November. "It is a name we have grown to love and hate in the last five years so this change is one we welcome with open arms."

This period of transition informs the core of Remember Sports' forthcoming new album, Slow Buzz. As the band's primary songwriter, Carmen Perry has always shown a knack for capturing uncertainty when at a crossroads — whether the conflicting melancholy and excitement as youth gives way to adulthood, or in the ways friendships and relationships morph, often into something unrecognizable, as a result. That comes into focus on the fast and fuzzed-out single "Up From Below."

Where past songs have detailed an arc of unrequited crushes and messy romances, and the giddiness of falling in love, here we find Perry documenting a longterm relationship unraveling and coming to an end. "With all of the things you compartmentalized / You're not mad at me, you just can't look in my eyes," she sings, with equal parts anger and ache. Amid crunchy power chords and searing guitar hooks, Perry impressively deploys a rapid-fire torrent of words that cut through the fray with open-hearted honesty:

"I wrote this song in the aftermath of a big life change," Perry tells NPR. "It's about how trying to normalize your life when it's so suddenly different doesn't really work. Change is scary but it's inevitable and grieving is not a linear process, so it's better to just let go of control and go wherever it takes you."

Even as she feels submerged in this moment of hurt in the wake of a break-up, Perry hints she's ready to move on, asking, "Where else can we go from this mess that we made out of our situation?" in the chorus. "Only up from below!" Likewise, as Remember Sports charts a new path forward, they re-emerge as a band that'll be hard to forget.

Slow Buzz comes out May 18 via Father/Daughter Records.