Accessibility links
Trump Denies Woman's Allegation Of Unwanted Kissing In Trump Tower In a pair of tweets, Trump denied the allegation from Rachel Crooks, which has been known for months, while also criticizing the Washington Post. But the president got key aspects of the story wrong. 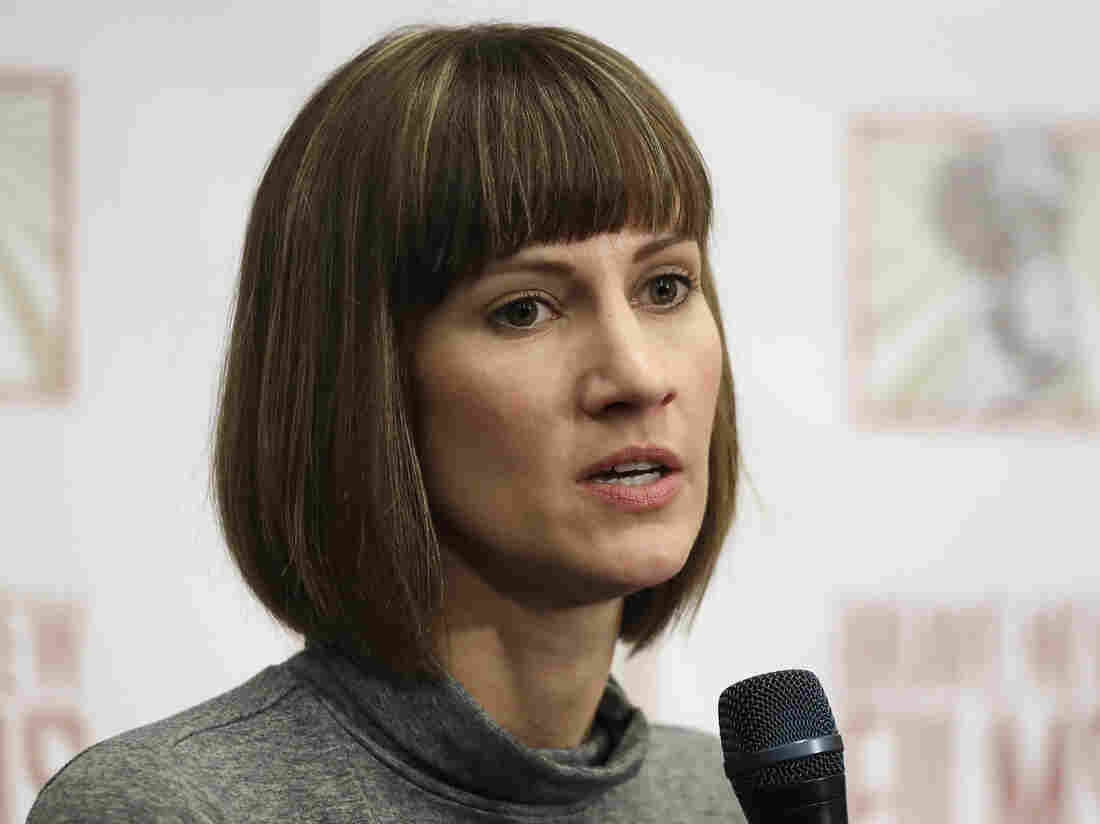 Rachel Crooks speaks at a news conference in December to discuss her accusations of unwanted kissing by Donald Trump. The president denied the allegations on Twitter after her story resurfaced on the front page of the Washington Post. Mark Lennihan/AP hide caption 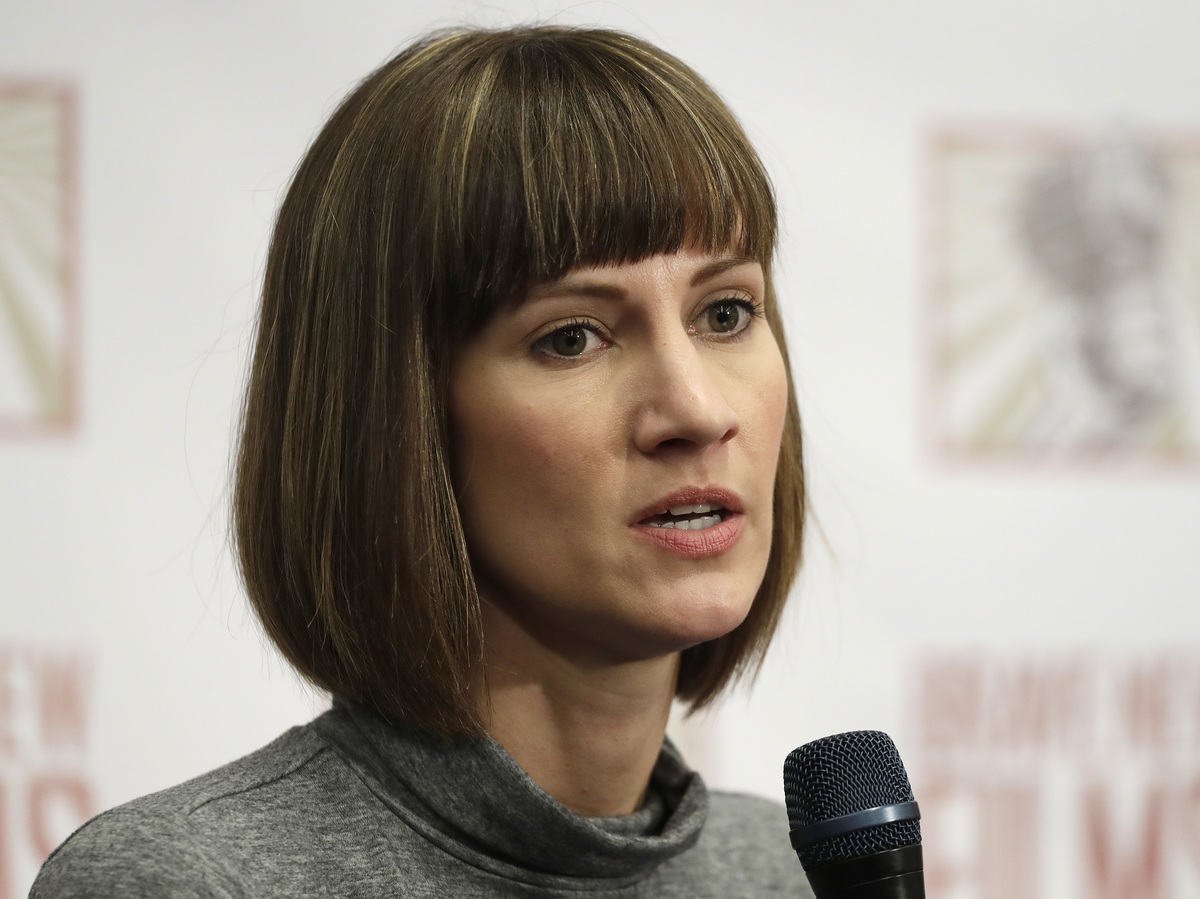 Rachel Crooks speaks at a news conference in December to discuss her accusations of unwanted kissing by Donald Trump. The president denied the allegations on Twitter after her story resurfaced on the front page of the Washington Post.

The lengthy feature article on the front page of Monday's Washington Post was a profile of Rachel Crooks, one of more than a dozen women who have accused President Trump of sexual misconduct. After going public with her story in the fall of 2016 on the eve of the election, she is now running for the state Legislature in Ohio as a Democrat.

Up until this point, Trump hadn't directly addressed her claim that he kissed her against her will in 2006, with Trump and his spokespeople instead offering blanket denials.

"A woman I don't know and, to the best of my knowledge, never met, is on the FRONT PAGE of the Fake News Washington Post saying I kissed her (for two minutes yet) in the lobby of Trump Tower 12 years ago," Trump wrote inaccurately describing Crook's account of what happened. "Never happened!"

Trump added a rhetorical question bridging the two tweets: "Who would do this in a public space with live security..........cameras running."

Crooks then responded to Trump on Twitter, calling on him to release surveillance footage, if there is any, from where she says the unwanted kissing occurred, the 24th floor of Trump Tower, not the lobby as Trump had asserted in his tweet.

Please, by all means, share the footage from the hallway outside the 24th floor residential elevator bank on the morning of January 11, 2006. Let’s clear this up for everyone. It’s liars like you in politics that have prompted me to run for office myself. https://t.co/ir7EEKoXRU https://t.co/GmkkZ5jUc7

Trump's tweets come at a time when his interactions with women over the years are in sharp focus. Last Friday the New Yorker published a piece detailing how the National Enquirer bought exclusive rights to and then never published the story of a former Playboy Playmate, Karen McDougal, who says she had a consensual sexual relationship with Trump in 2006. 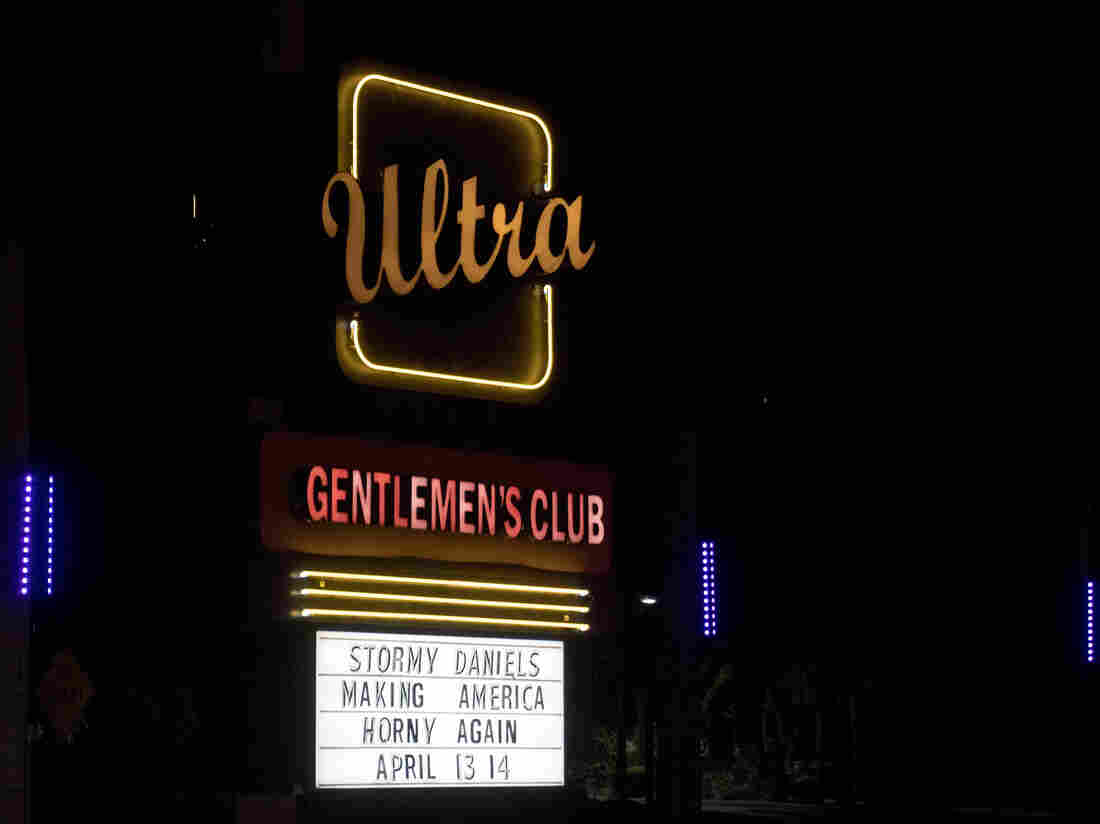 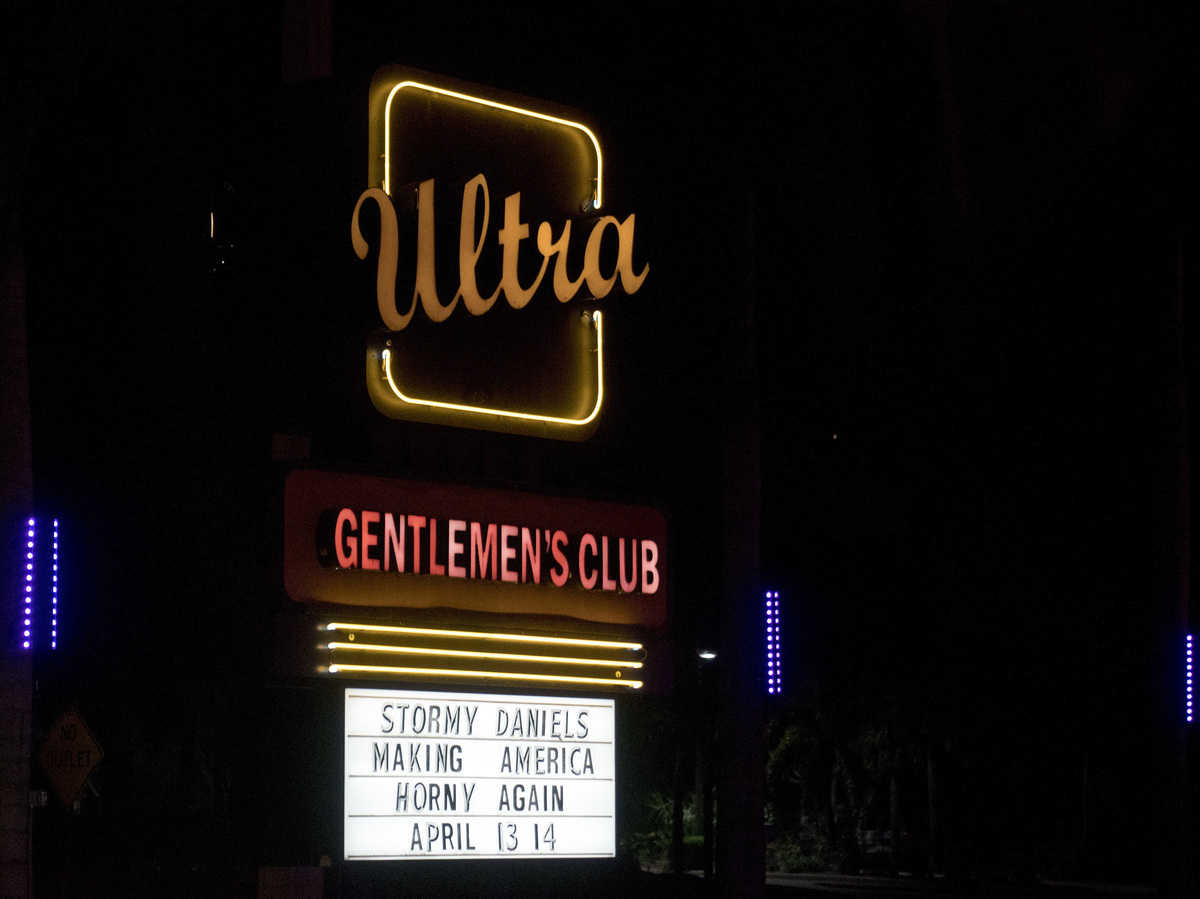 By Crooks' telling in the Washington Post, Trump kissed her outside the office where she worked as a receptionist for the Bayrock Group:

"He was waiting for the elevator outside our office when I got up the nerve to introduce myself," she is quoted in the Post as saying.

The article starts with Crooks telling her story to a group of a dozen women her aunt had gathered for a dinner party:

"She reached for her water glass and lifted it up into the air to use as a prop. 'He took hold of my hand and held me in place like this,' she said, squeezing the sides of the water glass, shaking it gently from side to side. 'He started kissing me on one cheek, then the other cheek. He was talking to me in between kisses, asking where I was from, or if I wanted to be a model. He wouldn't let go of my hand, and then he went right in and started kissing me on the lips.'

"She shook the water glass one final time and set it down. 'It felt like a long kiss,' she said. 'The whole thing probably lasted two minutes, maybe less.' "

The timing of the alleged incident is notable, coming just months after the Access Hollywood tape was recorded. In that video, which didn't come out until October 2016, Trump is heard grabbing a mint before disembarking from a bus to greet an actress.

"I better use some Tic Tacs just in case I start kissing her," Trump said in comments he later described as nothing more than "locker room talk." He added, "You know, I'm automatically attracted to beautiful — I just start kissing them. It's like a magnet. Just kiss. I don't even wait. And when you're a star, they let you do it. You can do anything."

After the Access Hollywood tape came out, the New York Times published a story that included charges from multiple women. Crooks was among them. At the time, Trump spokesman Jason Miller dismissed the entire article as "fiction."

"It is absurd to think that one of the most recognizable business leaders on the planet with a strong record of empowering women in his companies would do the things alleged in this story, and for this to only become public decades later in the final month of a campaign for president should say it all," Miller added.

Trump himself tweeted that "nothing ever happened with any of these women."

Late last year, Crooks was in the headlines when she was among a group of Trump accusers who again came forward in the midst of the #MeToo movement, which has seen many powerful men accused of wrongdoing face public shame and professional consequences. This drew attention back to accusations against Trump and why he never saw similar consequences.

Crooks and two other women were featured on NBC's Today and held a news conference in New York in December. At the time, press secretary Sarah Huckabee Sanders was asked about it in the daily White House press briefing.

"Look, the president has addressed these accusations directly and denied all of these allegations," said Sanders. "And this took place long before he was elected to be president. And the people of this country, at a decisive election, supported President Trump, and we feel like these allegations have been answered through that process."

And up until this point, that has been the White House response to such allegations — denial combined with the argument that Trump won despite widespread knowledge of allegations against him. Case closed.

As to the question Trump posed in his tweetstorm about Crooks, "Why doesn't @washingtonpost report the story of the women taking money to make up stories about me? One had her home mortgage paid off. Only @FoxNews so reported," Trump was apparently referencing a December 2017 story from The Hill discussed on air on Fox News.

The story detailed efforts by well-known lawyer Lisa Bloom to secure payments or other support for women who had come forward to talk about their experiences with Trump. Crooks wasn't mentioned in that article.

The article did describe a Trump accuser, Jill Harth, who had the approximately $30,000 remaining on her mortgage paid off by an unnamed donor. However, the article points out that Harth had filed a sexual harassment suit against Trump in 1997 and her account of Trump groping her had resurfaced and been published in the summer of 2016, months before she ever connected with Bloom.

"Nothing that you've said to me about my mortgage or the Go Fund Me that was created to help me out financially affects the facts or the veracity of my 1997 federal complaint against Donald J. Trump for sexual harassment and assault," she said in the article.