Accessibility links
What Could Be Coming Next In Robert Mueller's Russia Investigation NPR's Embedded asks what the special counsel's track record could suggest about the road ahead for the special counsel, the White House and Congress. 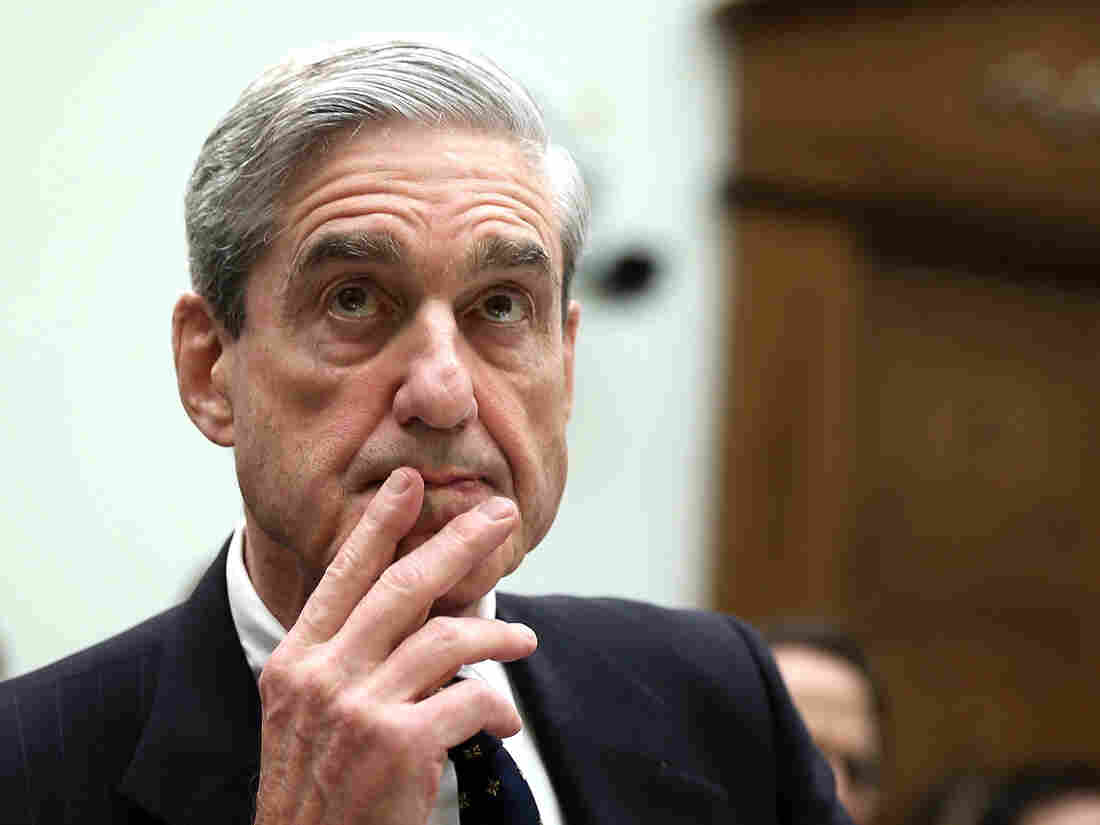 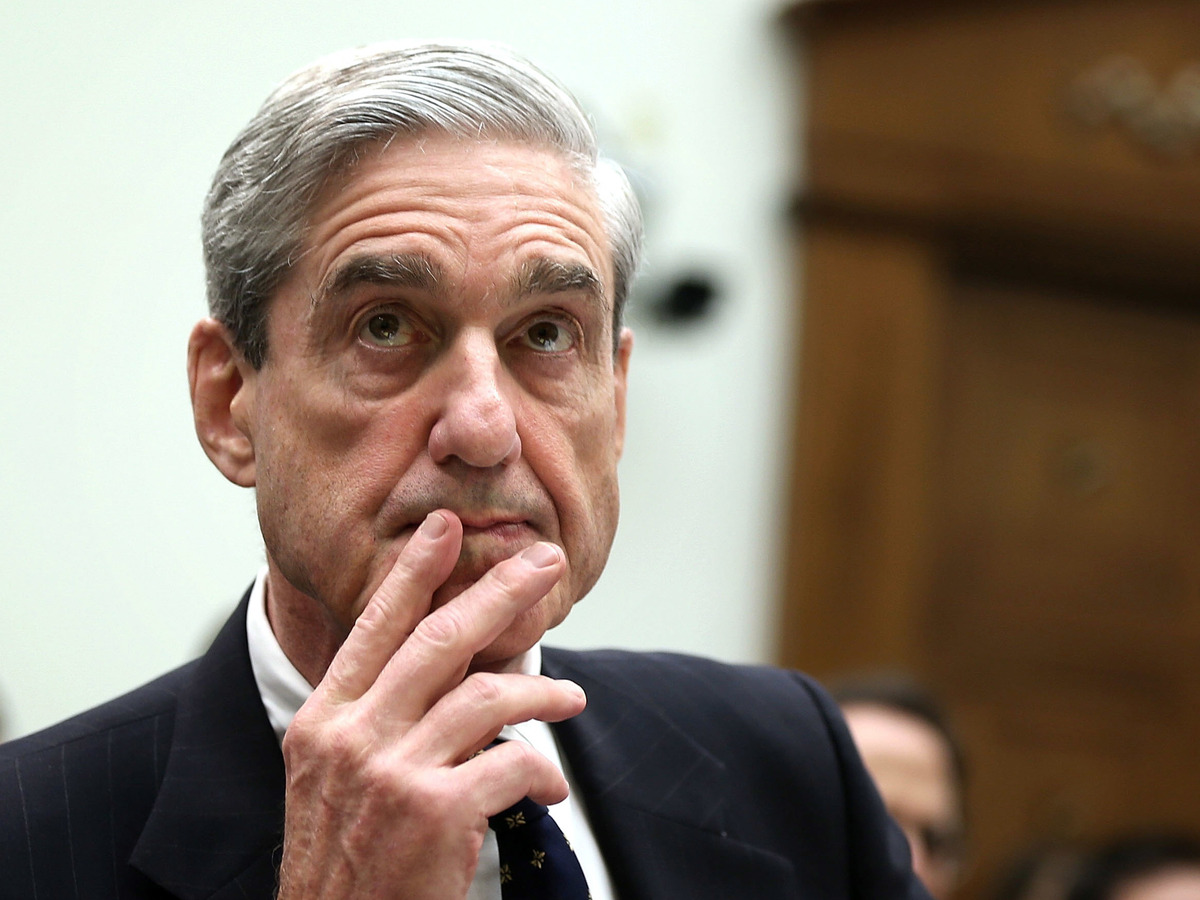 Past practices offer few clues about where special counsel Robert Mueller might take the Russia probe — and then what might happen when it's over.

Justice Department special counsel Robert Mueller seldom leaves any doubt about where he's been — as with the detailed investigative tale he told on Friday in the latest indictments brought by his office.

Each new move, however, always raises questions about where he might be headed next.

NPR Justice Correspondent Carrie Johnson sat down with the host of NPR's Embedded podcast, Kelly McEvers, to look at what Mueller's track record could reveal about the possible outcomes of the investigation. Listen to the full episode here.

There's been considerable speculation over whether or not the special counsel will interview President Trump under oath. Lawyers inside the White House are negotiating terms with Mueller's office. Last month, the president told reporters he was "looking forward to it." As far as we know, it has not taken place so far.

First, if the president sits for a voluntary interview, he could do so in the White House, with his lawyers already having struck a deal around permitted topics of questioning. Trump's lawyers could be present, issuing objections and guiding the conversation. This scenario, however, could still present pitfalls for Trump.

Even if he didn't do anything wrong — anything at all — if the president were to misstate something or make an intentionally false statement, he could create a legal problem for himself.

If the president refuses the voluntary sit-down option, the special counsel team could issue a grand jury subpoena in an effort to force Trump to appear at a federal courthouse – and that could be a historic spectacle.

There are numerous downsides for the president in this scenario. Trump would have to appear before the jury alone. The president also would have to take an oath before a jury, without any lawyers by his side. That has the potential to go south for any witness let alone the president of United States.

The president could, in fact, resist both options and simply refuse to talk.

Everybody has constitutional rights. One of them is the Fifth Amendment right to remain silent. Declining an interview might be political suicide for most politicians, but Donald Trump is not most politicians. It's not clear whether his base of supporters would be bothered if he decided to 'take five,' as courthouse insiders say — especially since Trump has said he wants to talk and might be in a position to blame his lawyers for the decision if he doesn't.

Regardless of what Mueller does or does not discover, it's not clear what might become of his findings. As a special counsel — not an independent counsel, which both Archibald Cox and Kenneth Starr both were when they investigated President Nixon and President Clinton — Mueller has "less formal independence," as NPR reported last year.

Mueller was appointed by and directly reports to Deputy Attorney General Rod Rosenstein. Attorney General Jeff Sessions recused himself in March from all matters relating to Russian election interference.

Whenever Mueller concludes his investigation, he will likely issue a report to Rosenstein, who will be the one to ultimately decide what the world learns of it. It's not clear whether that report would become public.

Rosenstein has had a lot of power since May 2017, when he appointed Mueller. He's going to continue to have a lot of power over what the public learns about what Mueller is doing until Mueller's work is done.

There are thorny legal issues around what from the report could go public. For instance, evidence obtained via a grand jury could be subject to grand jury secrecy rules.

And if Mueller were to uncover damning information about Trump or his staff but did not seek to bring charges against them, supporters would cry foul if Rosenstein revealed the findings anyway. That's what happened before: Rosenstein criticized former FBI Director James Comey's decision to discuss Hillary Clinton's email controversy without bringing charges.

"The director ignored another longstanding principle: we do not hold press conferences to release derogatory information about the subject of a declined criminal investigation," Rosenstein wrote in May in a memo released on the day of Comey's firing.

In trying to assess whether or not Rosenstein or Mueller are likely to make splashy disclosures, it is worth considering their temperaments.

They are careful guys. They're going to think about the Justice Department and the FBI as institutions and how to preserve the integrity of those institutions.

Congress, however, can do whatever it wants. Even if official disclosure from the Justice Department is limited, lawmakers on Capitol Hill may haul up senior DOJ leadership and maybe even Mueller to talk about what he did or didn't do and why.

Impeachment? Indictment? Not so fast

People on the left and the right have both asked – for different reasons – whether Mueller's investigation could lead to Trump's impeachment or even indictment.

Right now, no one knows the answer, and it could be months or years before one comes into focus. One thing that is clear now: the Justice Department's Office of Legal Counsel has determined that a sitting president cannot be indicted.

So for Trump to face indictment in the near term, he would need to face impeachment first. That would require the House of Representatives to receive material from Mueller via the Justice Department, accept it and act on it. The Senate would then have to try Trump and vote on whether to remove him from office.

The Republicans who control Congress today appear unlikely to go along with any of this. But some of them – and allies such as former White House chief strategy Steve Bannon – have picked up the impeachment thread in their own campaigning.

Texas Sen. Ted Cruz invoked the I-word in warning about what he called an immigration proposal that was too liberal for most Republicans.

"Mark my words, if Republican majorities in Congress pass citizenship for millions of people, an amnesty, I think it is quite likely we will lose both houses of Congress and Speaker Nancy Pelosi will impeach President Trump," Cruz said.

Whatever happens, Mueller's team has demonstrated an amazing ability to hold information tightly. His attorneys and investigators may be the only people who have a complete sense of what's coming next in this story.