Accessibility links
Kentucky Moves To Add Guns To Schools After School Shooting The Kentucky legislature is considering arming teachers and administrators in response to a school shooting there Jan. 23. 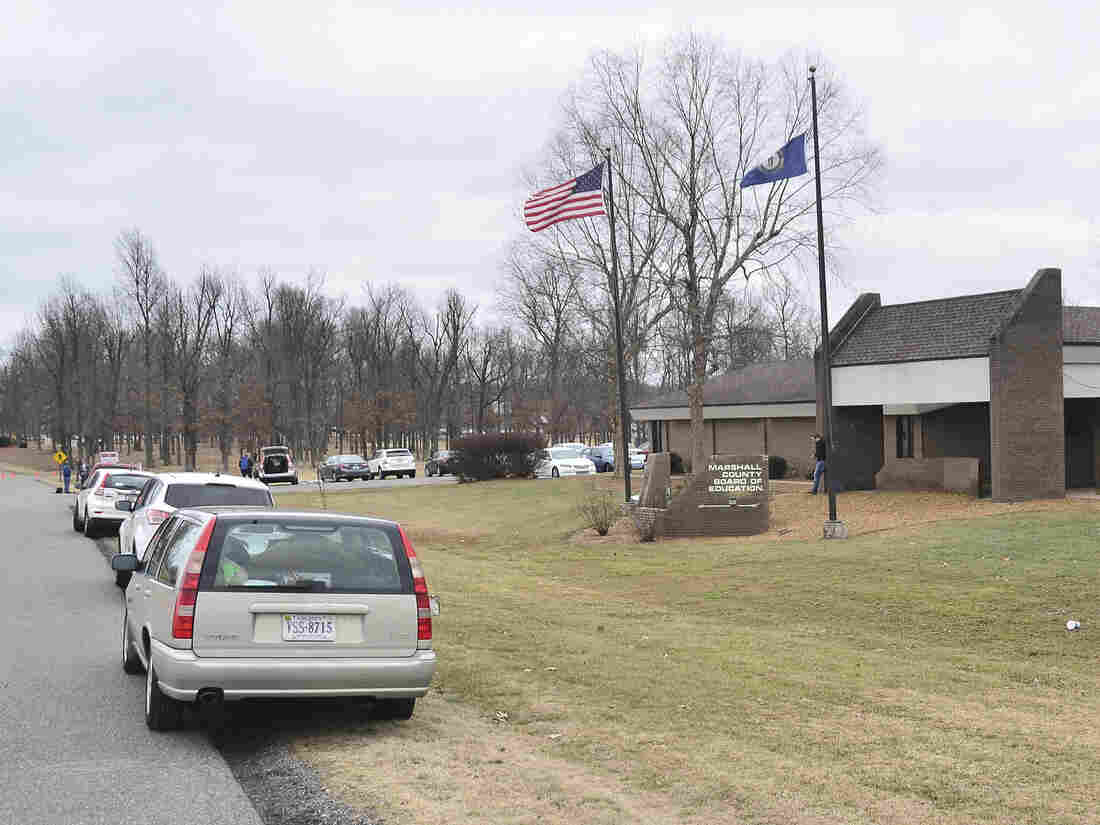 A student at Marshall County High School in Benton, Ky., allegedly opened fire on his classmates and killed two of them. Stephen Lance Dennee/AP hide caption 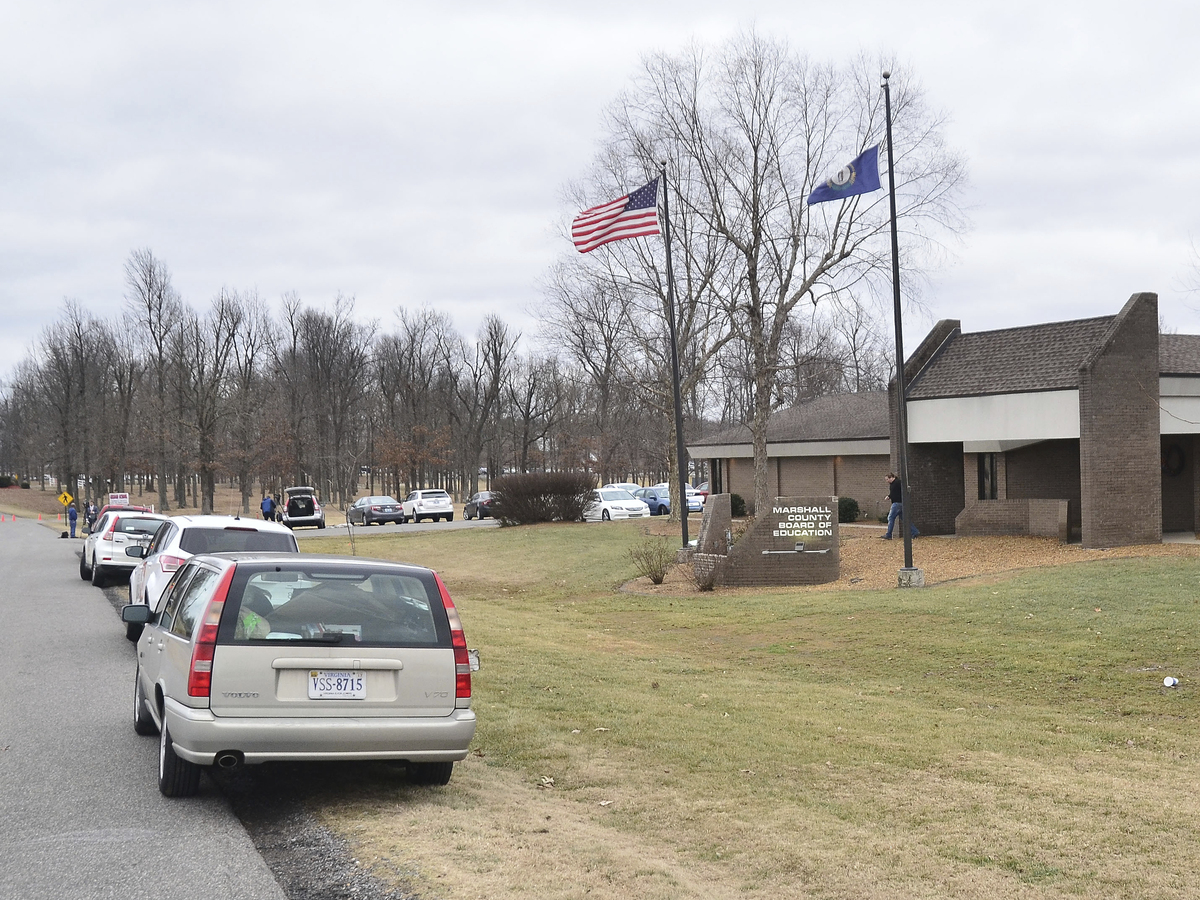 A student at Marshall County High School in Benton, Ky., allegedly opened fire on his classmates and killed two of them.

The school shooting in Parkland, Fla., that took 17 lives followed one in rural western Kentucky by three weeks. The Kentucky shooter killed two high school sophomores and injured 18 other people.

In the wake of the tragedy at Marshall County High School in Benton, Kentucky's Republican governor and legislature say they won't consider any gun-control proposals. Instead, a measure allowing teachers or staff to carry guns on campus has gained traction.

"It increases that kid's chances of surviving. And if there is someone there with a weapon, they will be able to take down the assailant, or at least calm the situation," West said.

Under Senate Bill 103, public school boards and private schools would be able to tap teachers or staff to serve as "school marshals," who would be allowed to carry a gun on campus if they have a concealed carry permit.

In Kentucky, concealed carry classes teach basic firearm mechanics and safety, but don't train participants for active shooter situations—the only circumstance the bill would allow school staff to use the guns.

The weapons would have to be stored in a lockbox somewhere on school property at all other times.

"I wish honestly I didn't have to file this bill, or we weren't even having this discussion and we could go back in time. But unfortunately we live in 2018," West said.

Several other states are considering proposals that would allow teachers to have access to guns in schools, including Alabama, Colorado, Florida, Indiana, Maryland, Michigan, Pennsylvania and South Dakota and South Carolina.

According to the Giffords Law Center to Prevent Gun Violence, eight states currently have laws that either allow concealed carry of firearms at K–12 schools or have no laws prohibiting them.

The Marshall County shooting took place shortly after the 20th anniversary of one at Heath High School in nearby Paducah.

Back then, Hollon Holm was shot in the head when a student opened fire on a group of praying classmates.

Sen. West, the bill's sponsor, says he's still trying to refine the bill and considering other training requirements for the marshals.

"Fifty states truly are experiment stations for this subject. Everyone's trying to grapple with it at the same time. And the Florida situation just enhances it even more," West said.

He's proposed a bill that would allow teachers and staff to use non-lethal weapons that would be stored on campus.

"We're talking about beanbag shotguns, shotguns that shoot rubber pellets, rubber bullets that are shot out of a pistol or a rifle, tranquillizer guns, the flashbang devices that you often see on TV when a SWAT teams make an entrance into a house," Carroll said.

There was an armed guard at Marjory Stoneman Douglas High School in Florida, just as there was last month at Marshall County High School. Neither took down their shooter. In Kentucky, the guard did report the incident.