Amid a ceaseless stream of horrors recounted via push notification, inner turmoil takes a backseat to personal survival. And sometimes, survival requires not caring about anything, at least for a little while. But there's a cost.

That quest for mindless indulgence is central to Speedy Ortiz's "Lucky 88," the lead single off Twerp Verse, the band's first album in three years. Along with the song, Speedy Oritz delivers a Day-Glo horror music video. "Lucky 88" might easily be the most accessible track from the band — its clattering early work delivered with a snot-nosed pop sheen, no doubt indebted to Sadie Dupuis' dalliance with early aughts pop sonics as Sad13.

"You need to employ a self-preservational sense of humor to speak truth in an increasingly baffling world," Dupuis says in a press release. "I call it a 'twerp verse' when a musician guests on a track and says something totally outlandish — like a Lil Wayne verse — but it becomes the most crucial part. This record is our own twerp verse, for those instances when you desperately need to stand up and show your teeth." 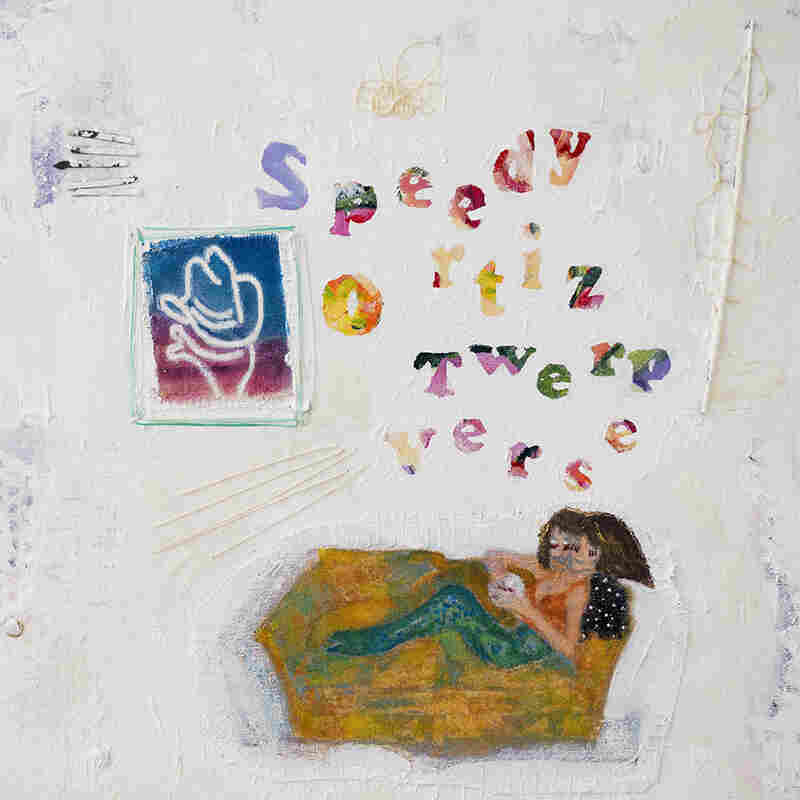 It's a due shift for Speedy Ortiz. Letting some light into the band's hooky, grimy compositions means that Dupuis' venom-laced wit can float to the surface. Her wordplay is playful and acerbic in equal measure.

"I once was lost, but now I'm floundered," she grimaces over a spare drum thump and bass frissons. "I'm running late for my funerary date." You almost want to be assured by the line that follows. "I don't care anymore," Dupuis coos on the pre-chorus dutifully, her backing guitar line matching her intonation note-by-note. "Swear I don't care anymore."

And yet, the chorus, in verse and song, belies the song's conceit of apathy almost entirely. "Put down your last claim to fame for me, boy," taunts Dupuis with a smirk. "Try and work in this town without a silver spoon and foot in your mouth." She's no longer suffering any fool, least of all whoever the mutable "boy" in question is.

The music video, directed by sharp-witted Vulture film critic Emily Yoshida, puts the collection of intangible horrors into a mass of gooey slime a la Reagan-era horror flick The Blob. As Dupuis, donning a blonde wig, revels in the immediacy of hook-ups and sushi on tap, the green blob consumes its victims wholesale. By the video's close, Dupuis remains tethered to her phone, all the while surrounded by a deluge of green ooz. Apathy might be cool and convenient, but ignorance could get you glopped in goo.