Accessibility links
European Allies Warn Of Trade Retaliation If U.S. Limits Steel, Aluminum Imports The European Union is considering ways to fight back if the Trump administration adopts tariffs or quotas on imported steel and aluminum. 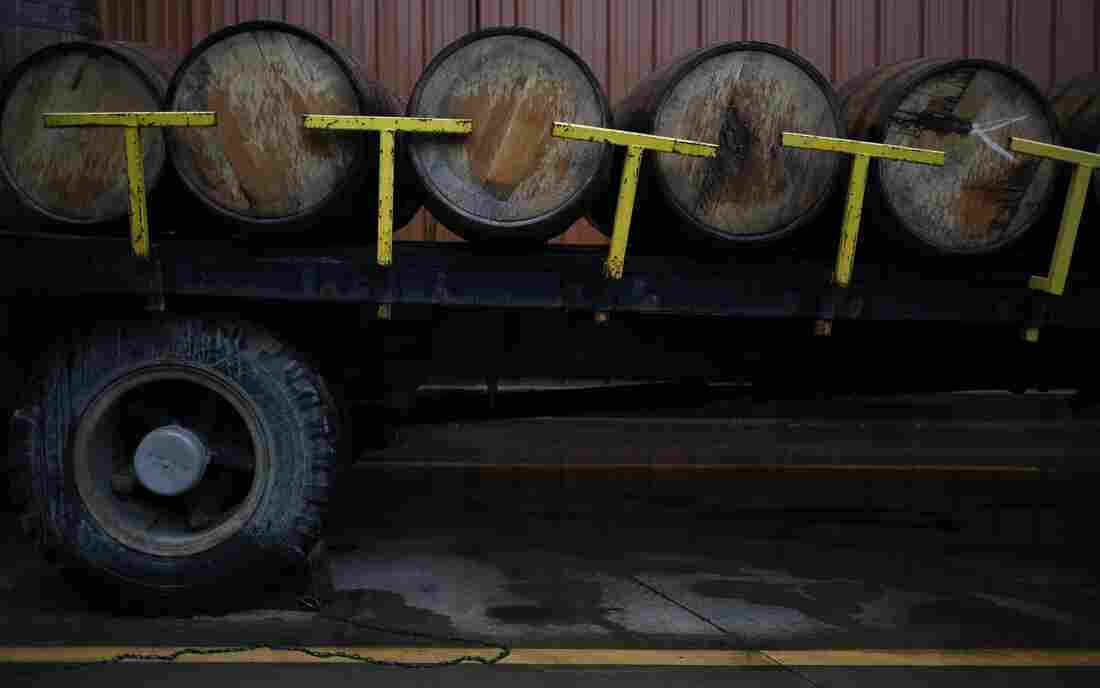 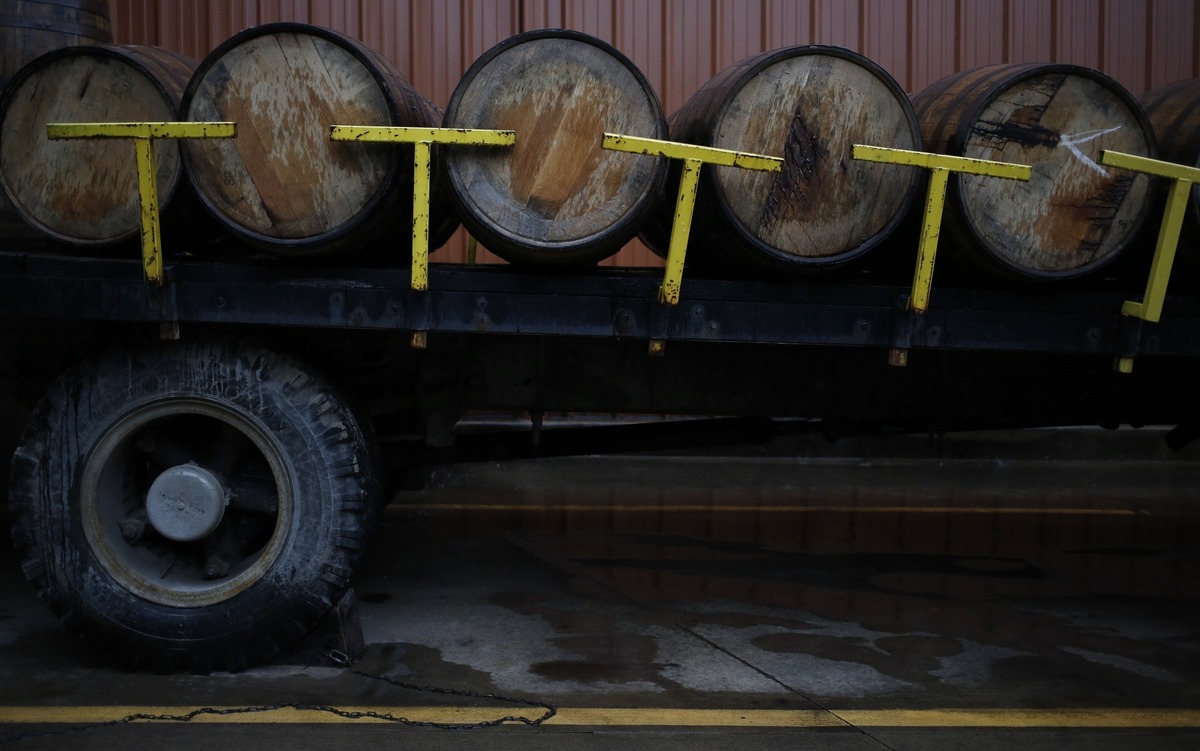 Kentucky bourbon could be the target of new tariffs from European allies if President Trump approves restrictions on steel and aluminum imports.

If the Trump administration starts a trade war, Kentucky bourbon may get caught in the crossfire.

The administration is weighing strict new limits on imported steel and aluminum in hopes of shoring up homegrown metal industries. But European allies are warning of possible retaliation, including tariffs aimed at politically sensitive products such as bourbon and orange juice.

"That's what a lot of countries will look to do," said Rufus Yerxa, president of the National Foreign Trade Council. "Something that will get the Trump administration's attention."

With overseas sales of around $1 billion a year, bourbon is just a drop in the barrel of overall U.S. exports. But it's big business in Kentucky, home of Republican Senate Majority Leader Mitch McConnell. Likewise, cheese from House Speaker Paul Ryan's home state of Wisconsin could be on the cutting board if America's trading partners fight back with import restrictions of their own. Orange juice from the swing state of Florida could also feel the squeeze.

"One of the things this whole era of increasing trade friction has shown us is our trading partners are learning a lot more about our Electoral College," Yerxa said.

Trading partners are trying to discourage the administration from invoking a seldom-used statute to protect domestic industries deemed vital to national security.

The Commerce Department has recommended tariffs of at least 24 percent on imported steel or a quota that would reduce steel imports by more than a third. The department has called for similar, but more modest, restrictions on aluminum imports.

The measures are intended to combat overproduction in China. But since Chinese products are already subject to U.S. import restrictions, the effects are likely to be felt more powerfully elsewhere.

"The more likely impact would be on our European allies, Canada and Mexico, Latin America, even other Asian suppliers like Korea," said Yerxa. "Those are all countries with whom we have very good trade relations and a lot of U.S. exports."

Sen. Pat Toomey, R-Pa., warned of exactly that when he and other lawmakers met with the president last week.

"I would just urge us to go very, very cautiously here," Toomey said during a White House session devoted to trade. "Invoking national security, when I think it's really hard to make that case, invites retaliation that would be problematic for us."

Other lawmakers warned that adding tariffs or quotas would drive up prices for businesses that use steel and aluminum, and ultimately for American consumers.

"Even though there may be some job winners from an action like this," said Sen. Mike Lee, R-Utah, "you would end up with net job losses in the United States."

But Trump, who campaigned on a protectionist platform, seemed inclined to go along with the Commerce Department's recommendations.

Trump has until April to decide how to proceed.