Accessibility links
Trauma Bags And Armed Guards: Securing Schools Without Creating A Fortress As school shootings become the new normal, administrators are upgrading security. But they're wary of going too far. 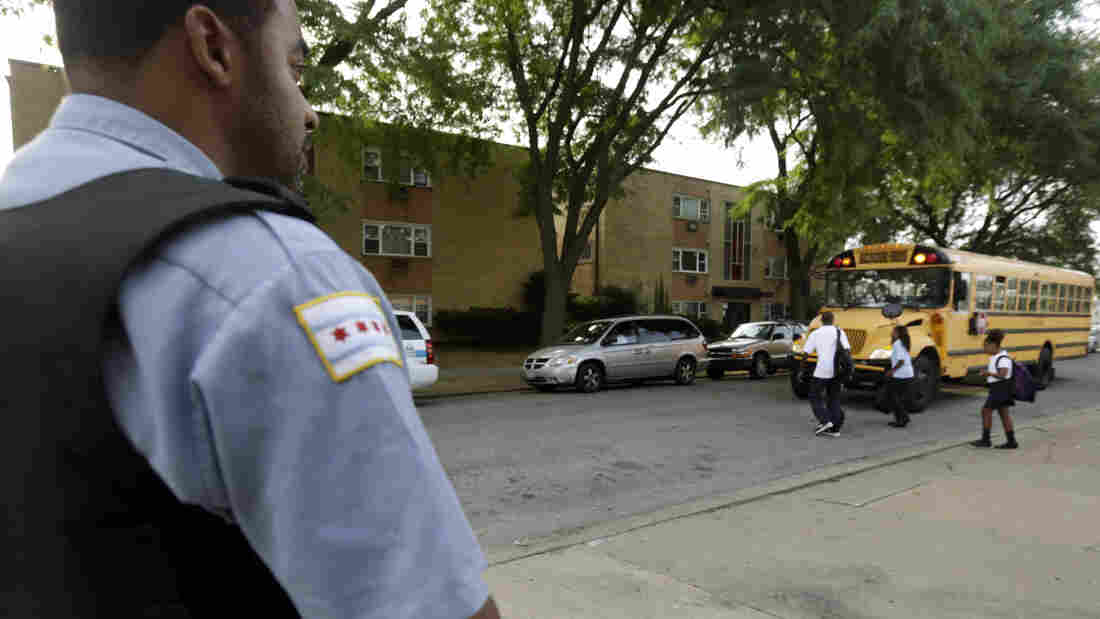 Many administrators are taking steps to secure their schools, including by hiring security guards and police officers. M. Spencer Green/AP hide caption 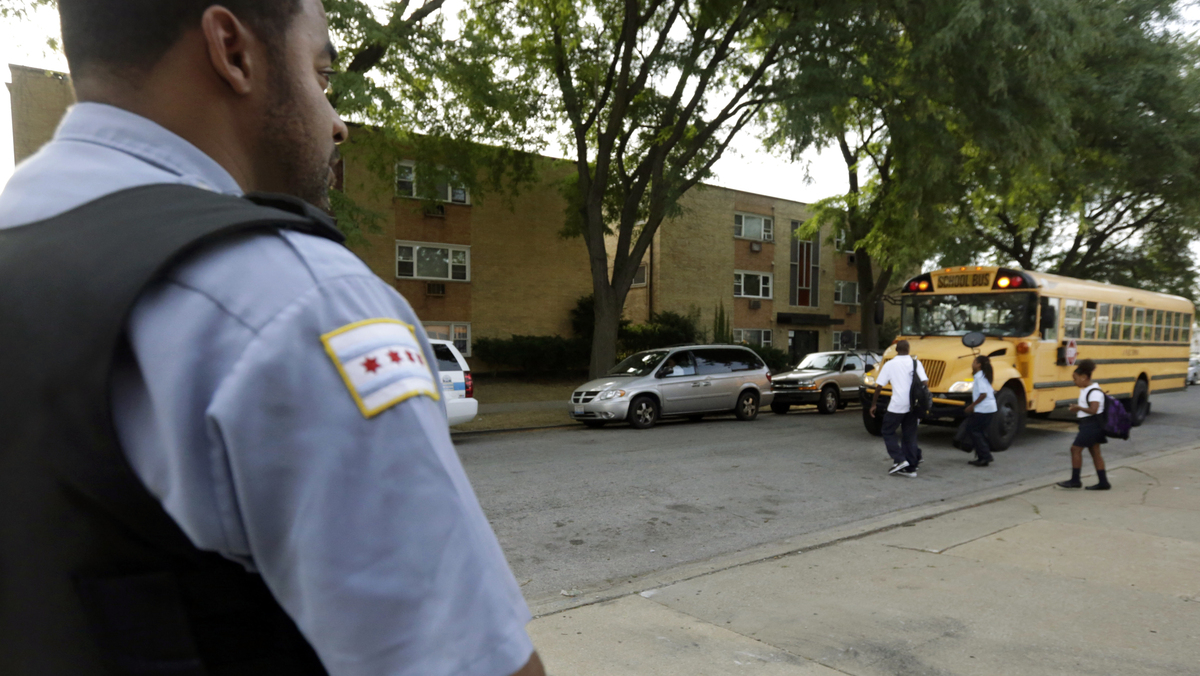 Many administrators are taking steps to secure their schools, including by hiring security guards and police officers.

Tom Moore's head of school security recently came to him with a suggestion: trauma bags. These are tools the military often uses in battle and include clotting agents to stop massive wounds. Schools are now stocking up.

"That's not something you do lightly," said Moore, superintendent of schools in West Hartford, Conn., a leafy suburb outside the state's capital city. "I want people to understand this is the reality. This is what we have to do."

Moore said it's a sad state he finds himself in — buying items used by armed forces for teachers.

"We want to make sure that we're as prepared as we can possibly be," he said. "It's still stunning to me, as a superintendent, that I'm looking at these bags and ordering these and making sure we have them."

Since the 2012 shooting at Sandy Hook Elementary School in Newtown, Conn., schools across the country have been hardening their defenses. The idea is to make a school secure without turning it into a fortress. But school officials are increasingly recognizing that no place can be 100 percent safe.

In West Hartford, schools have added security guards and increased armed police presence. They built something called "mantraps," vestibules with locking doors on either side. They glazed their windows so they can't be smashed in. There are panic buttons linked to the police and 300 security cameras. And they made sure that classroom doors can be locked from the inside — they traditionally locked only from the outside.

"I do not want to give people the illusion that ... everybody's safe in the building," Moore said. "What we're trying to do is make sure it's as safe as it can possibly be and still be a school and not a maximum-security facility, prison, that kind of thing."

"There is no risk-free environment," he said. "It doesn't exist."

Ducibella has over four decades of experience, but in the past 15 years, his focus has shifted more to schools.

"So what we attempt to do is create environments that send a message to the aggressor that this could be a difficult location to compromise," Ducibella said, adding that if they do try to get inside, they'll be delayed.

"If they're delayed long enough, they'll never be effective, because they'll know law enforcement will arrive," he said.

Security professionals call this "crime prevention through environmental design." A lot of it you don't even see or notice. Things like hedges cut low to the ground to improve the line of sight from classroom windows. New schools are now building doors between rooms and labeling classroom doors on the outside so police and first responders know what's inside.

Of course, there is the question of money. America's schools are old, and it's costly to secure them. A 2013 study from the Center for Green Schools estimated that it would cost over $540 billion to modernize America's aging public schools.

After the Sandy Hook killings, Connecticut set up a grant program to help schools pay for security upgrades. It has provided about $54 million to help over 1,200 schools in the state. Scott Devico helps administer the program.

"It feels gratifying to be able to help kids, students, faculty, administrators, across the state, in feeling more safe and secure," Devico said.

Even though, statistically, schools are some of the safest places for kids to be, school shootings still make people think about securing the buildings even further. Superintendent Moore said that when it comes to schools, people just want children to be safe.

"Safety and security is the cornerstone to learning," he said. "You can't learn unless you feel at home."

And that is the crux of it all. Studies have shown that students do better when they feel safe, but there's a line. If a school is too secure, it can have the opposite effect. Especially for students of color. One report found that school cameras single out students of color for discipline problems, often making it harder to learn.