Accessibility links
Blind Pilot On Mountain Stage In the five years between Blind Pilot's sophomore album and its 2016 follow-up, Israel Nebeker's 13-year relationship ended and his father died. And Then Like Lions is the stunning result of loss. 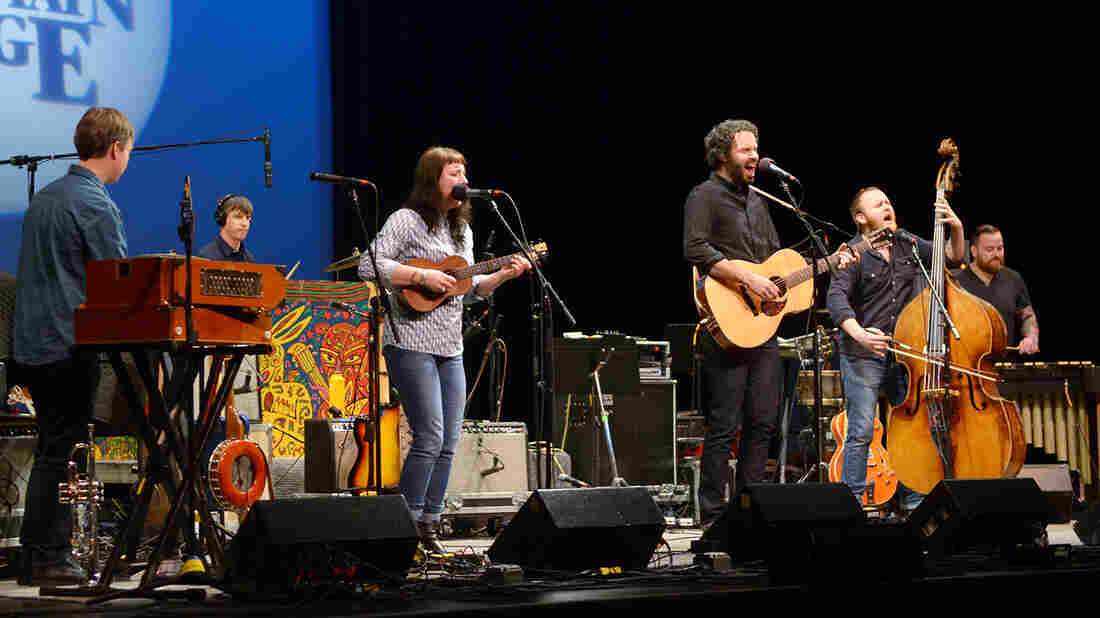 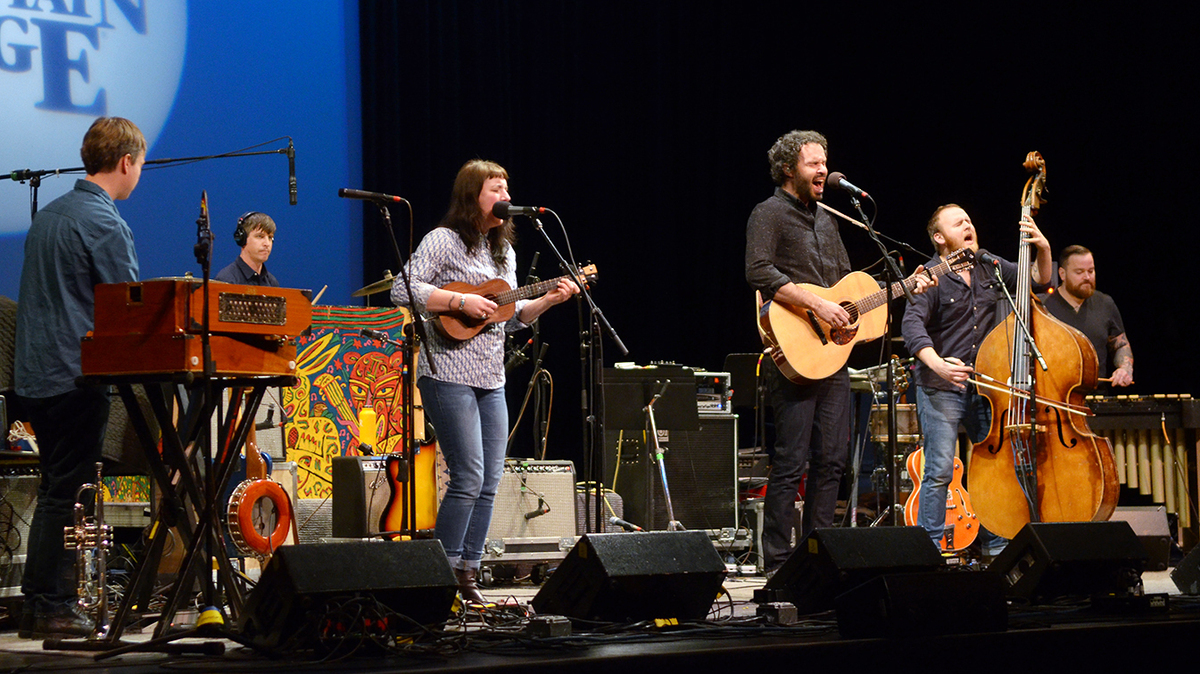 Singer and guitarist Israel Nebeker and drummer Ryan Dubrowski began making music together in Portland, Ore. almost a decade ago. Since then, they've grown their band, Blind Pilot, by adding four additional talents to fill out their folk-pop melodies. Since 2008, the band has released three records and made several high-profile television appearances, as well as taken the stage at various large-scale music festivals throughout the country.

In this January 2017 set, the band performs songs from And Then Like Lions, a collection of songs reflecting Nebeker's own tribulations and self-growth.

Throughout this Mountain Stage performance, the band employs a variety of sounds from ukulele, harmonium, trumpet, keyboards, vibraphone and percussion, creating a mini roots-rock orchestra. Nebeker suggests visiting the Umpqua River in western Oregon in the summer, where he drew inspiration for "Umpqua Rushing."

On March 1, Blind Pilot will perform for the second time with the Oregon Symphony in Portland, and this May they will appear at Red Rocks Amphitheater in Colorado with Elephant Revival and Hiss Golden Messenger.